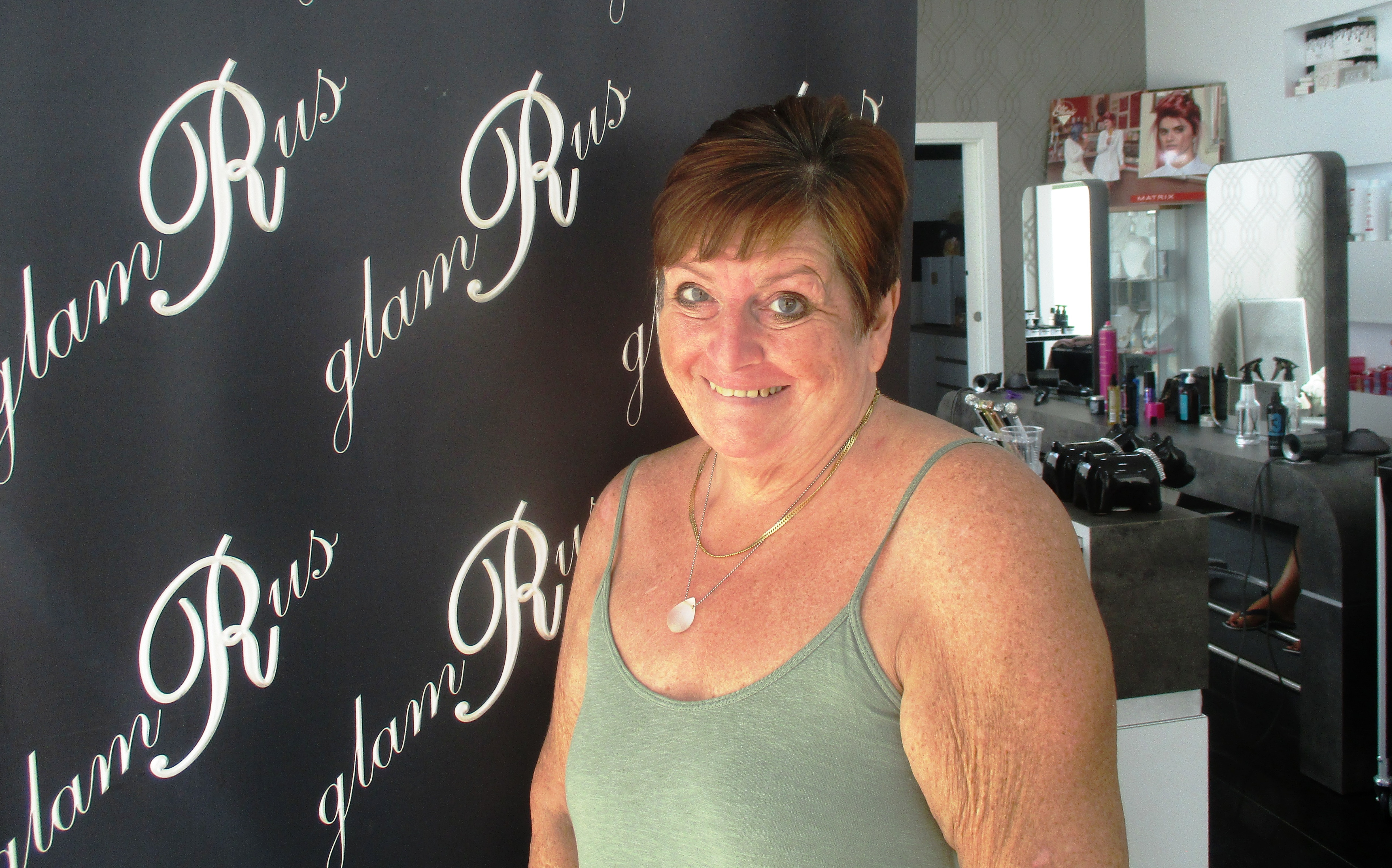 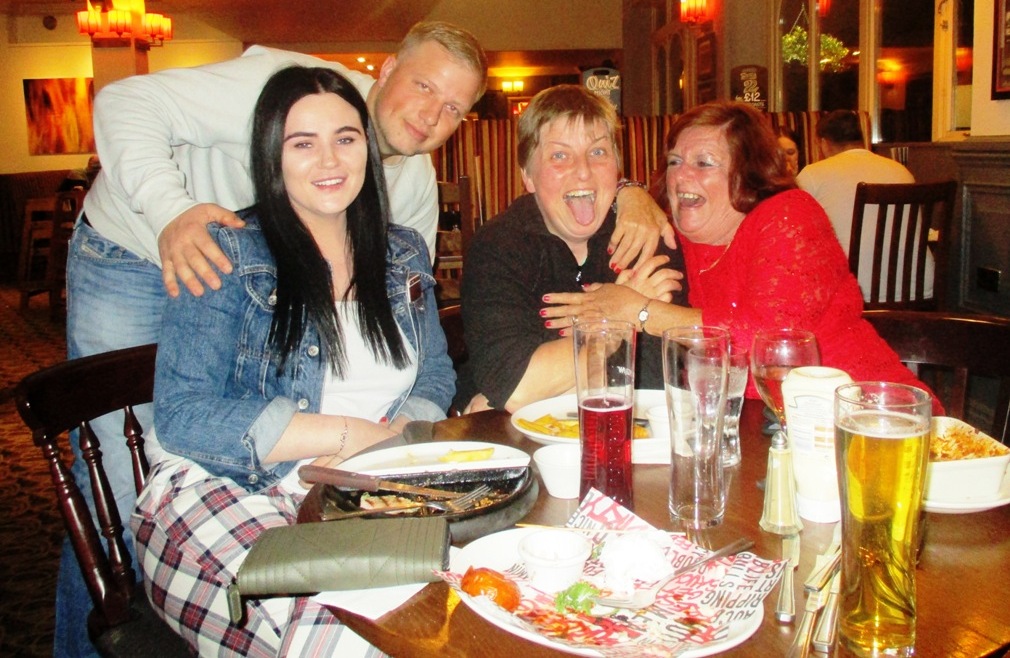 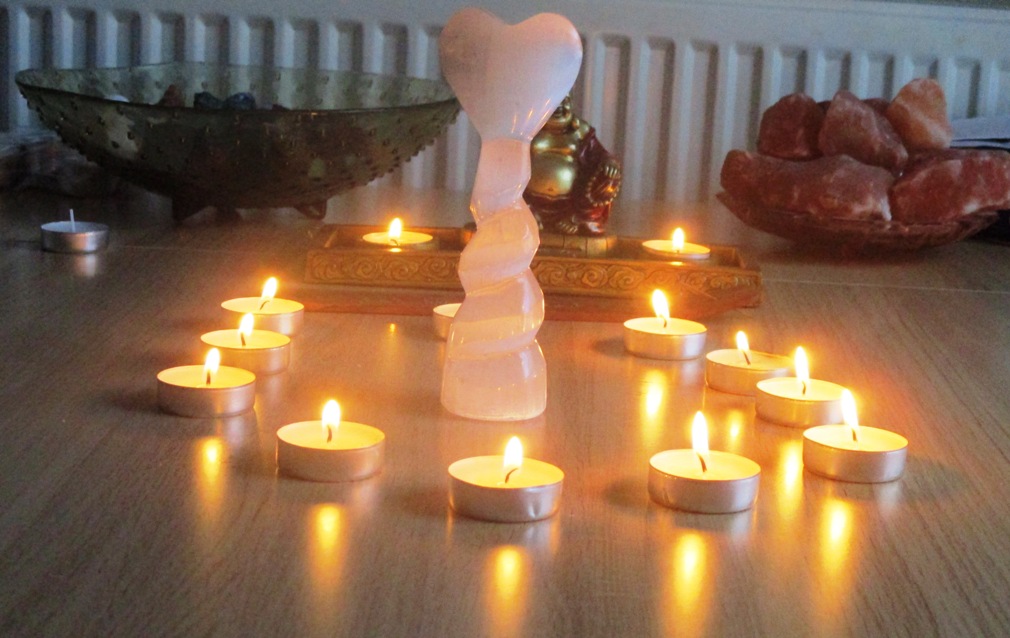 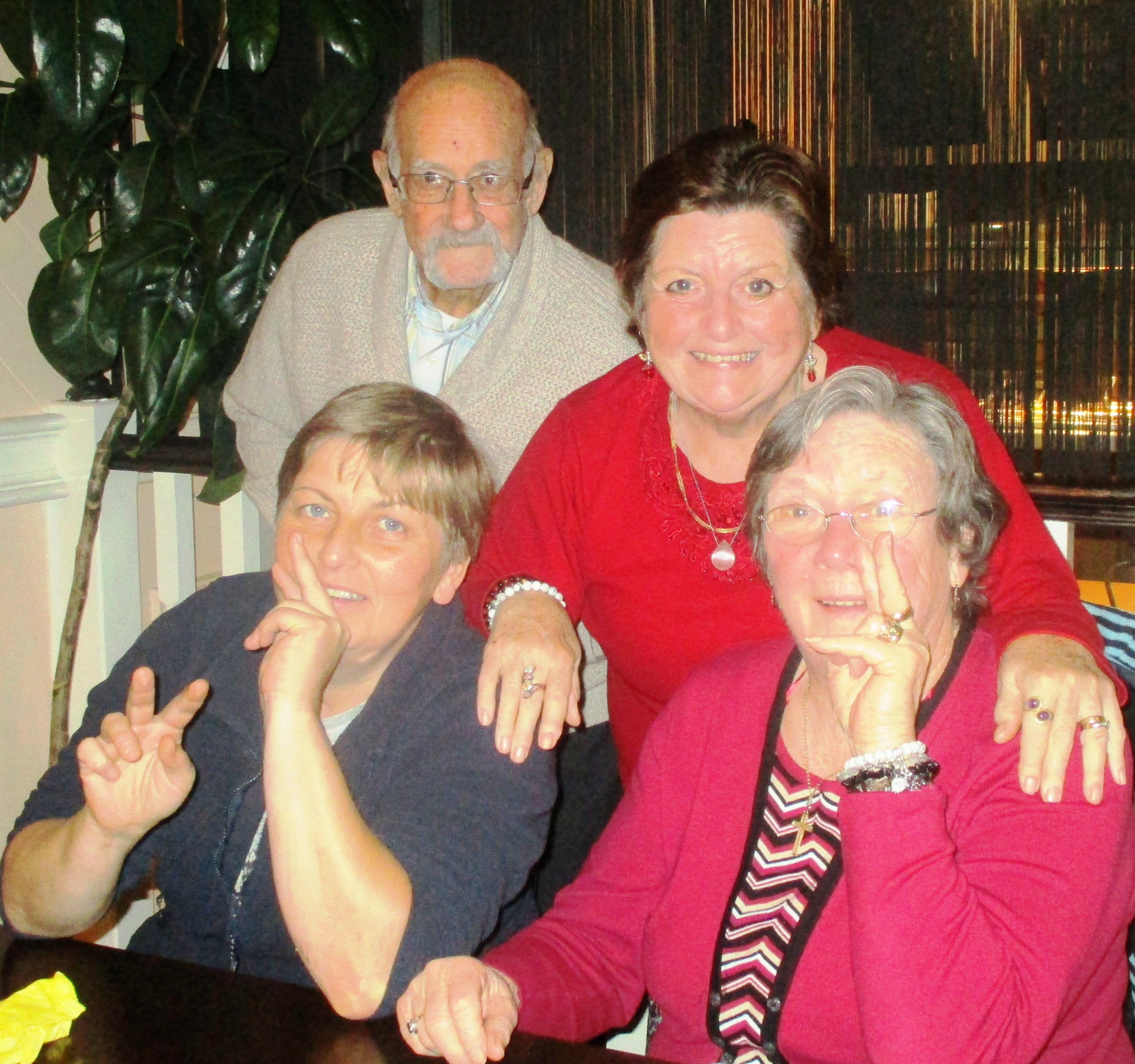 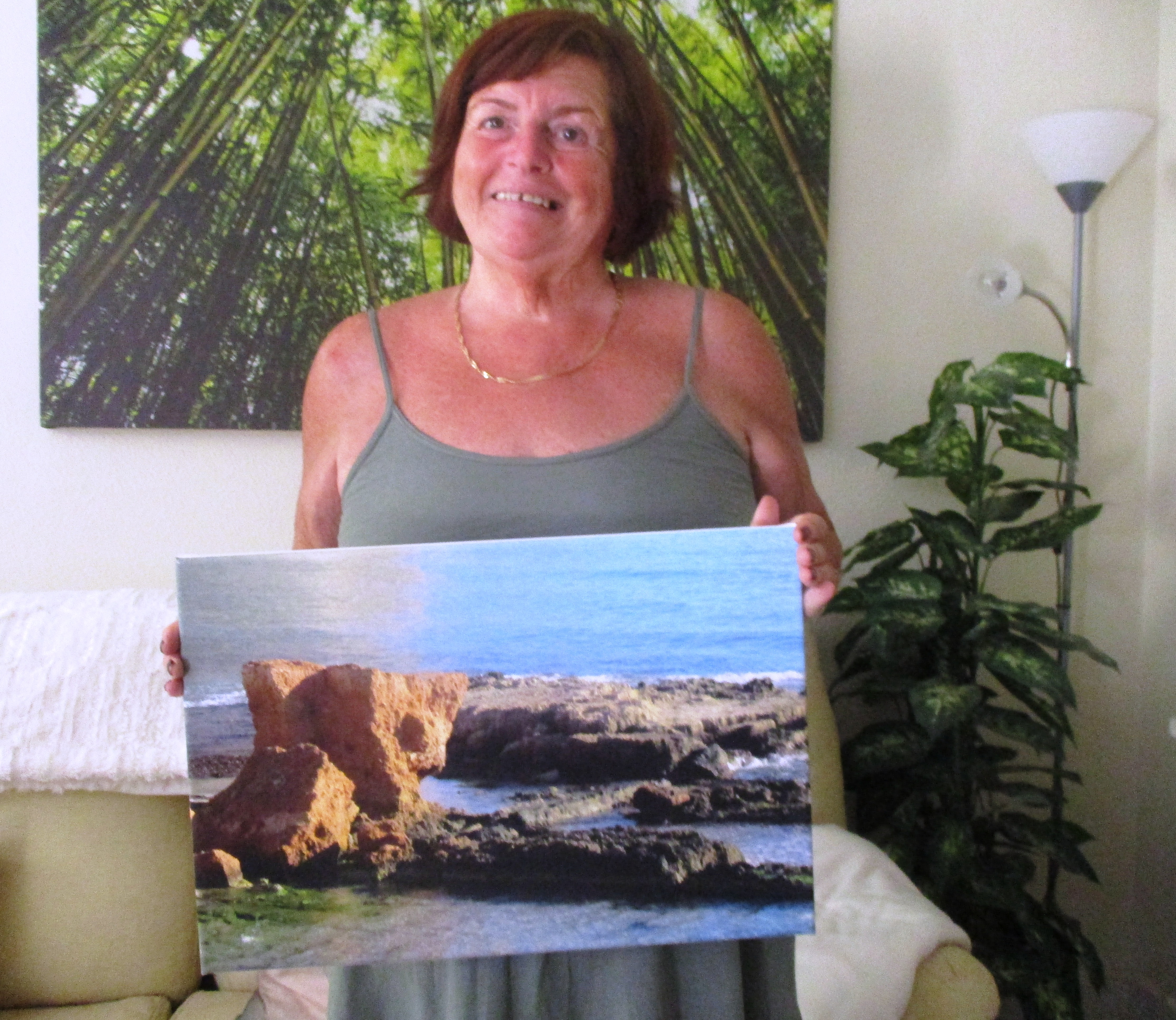 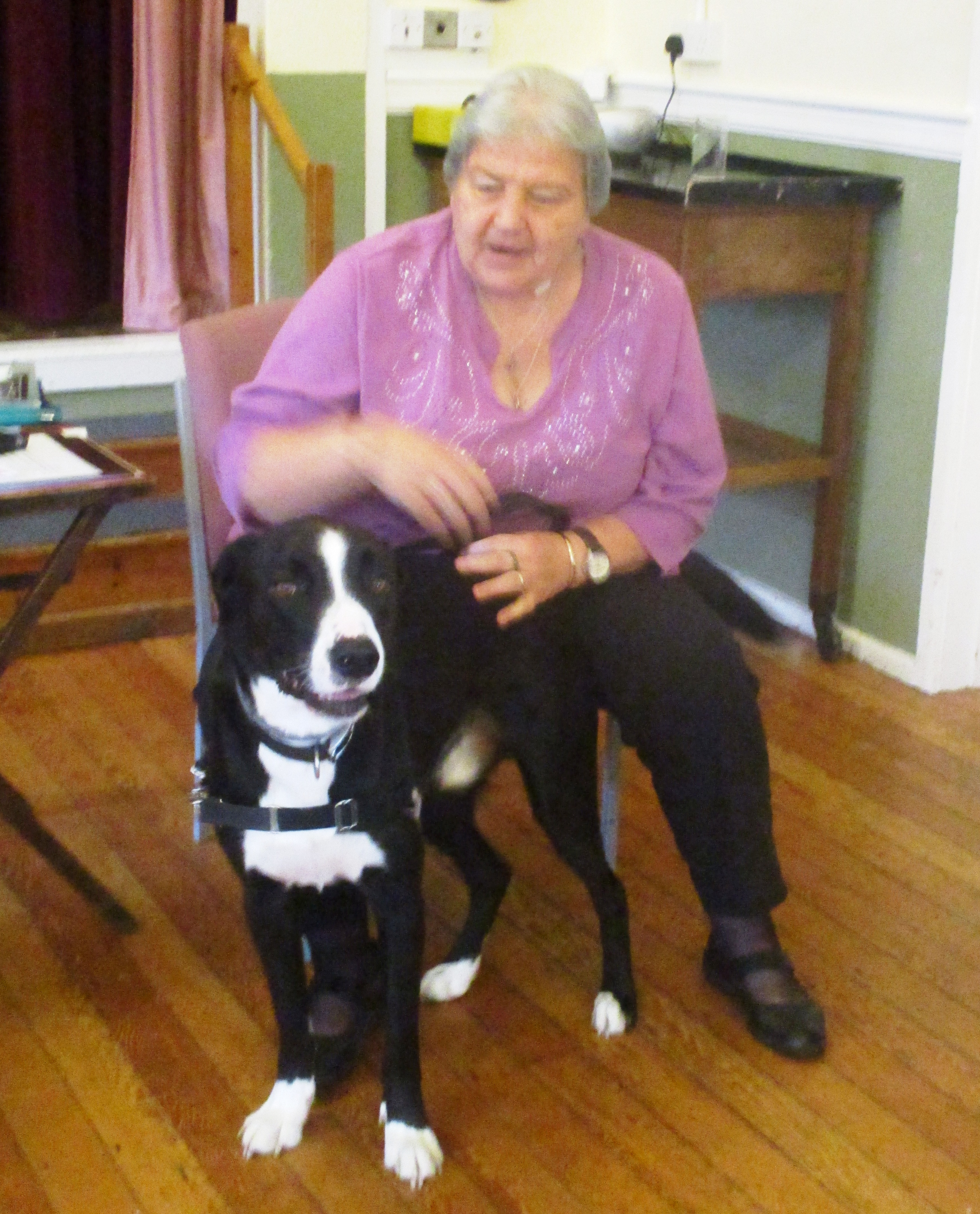 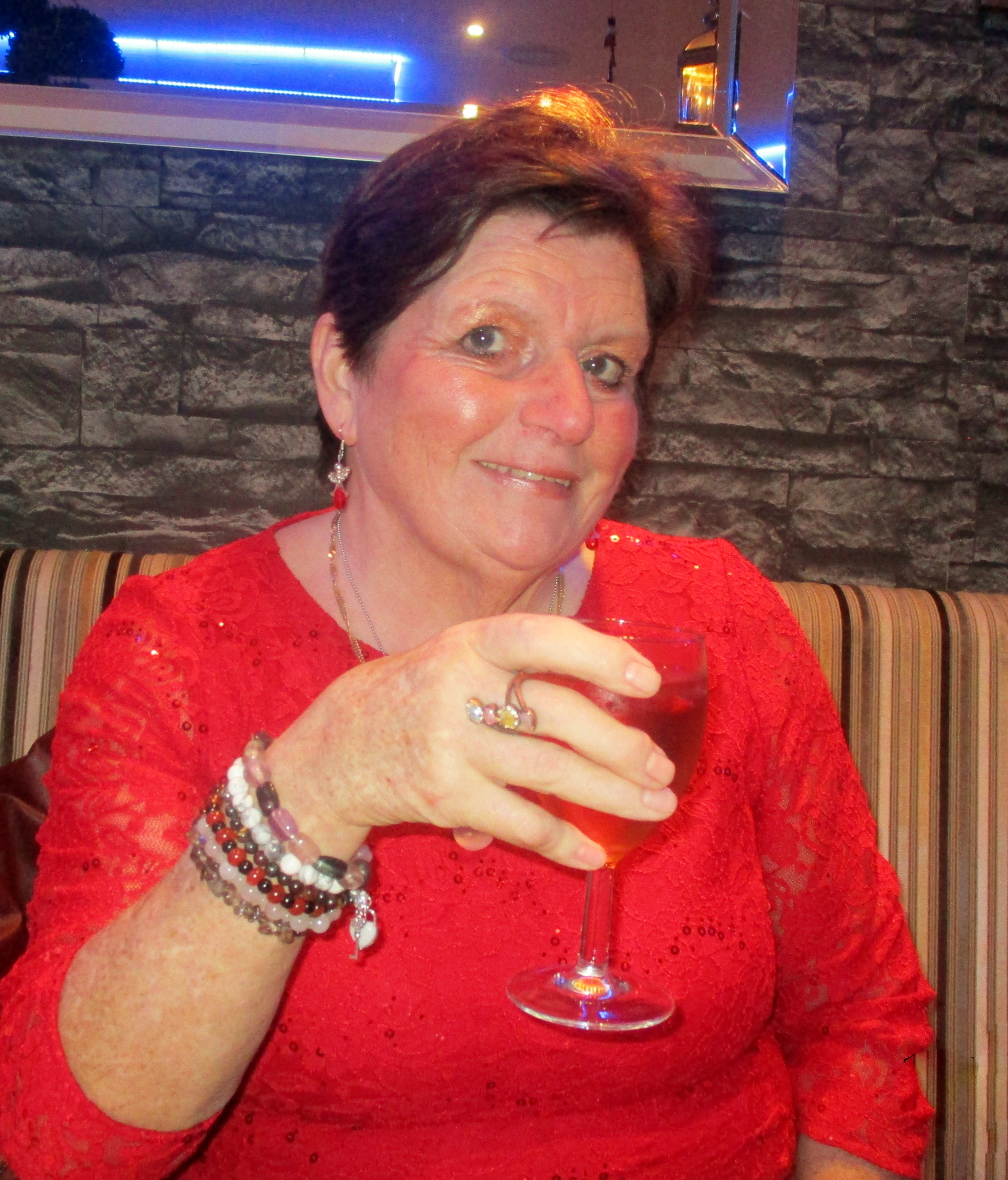 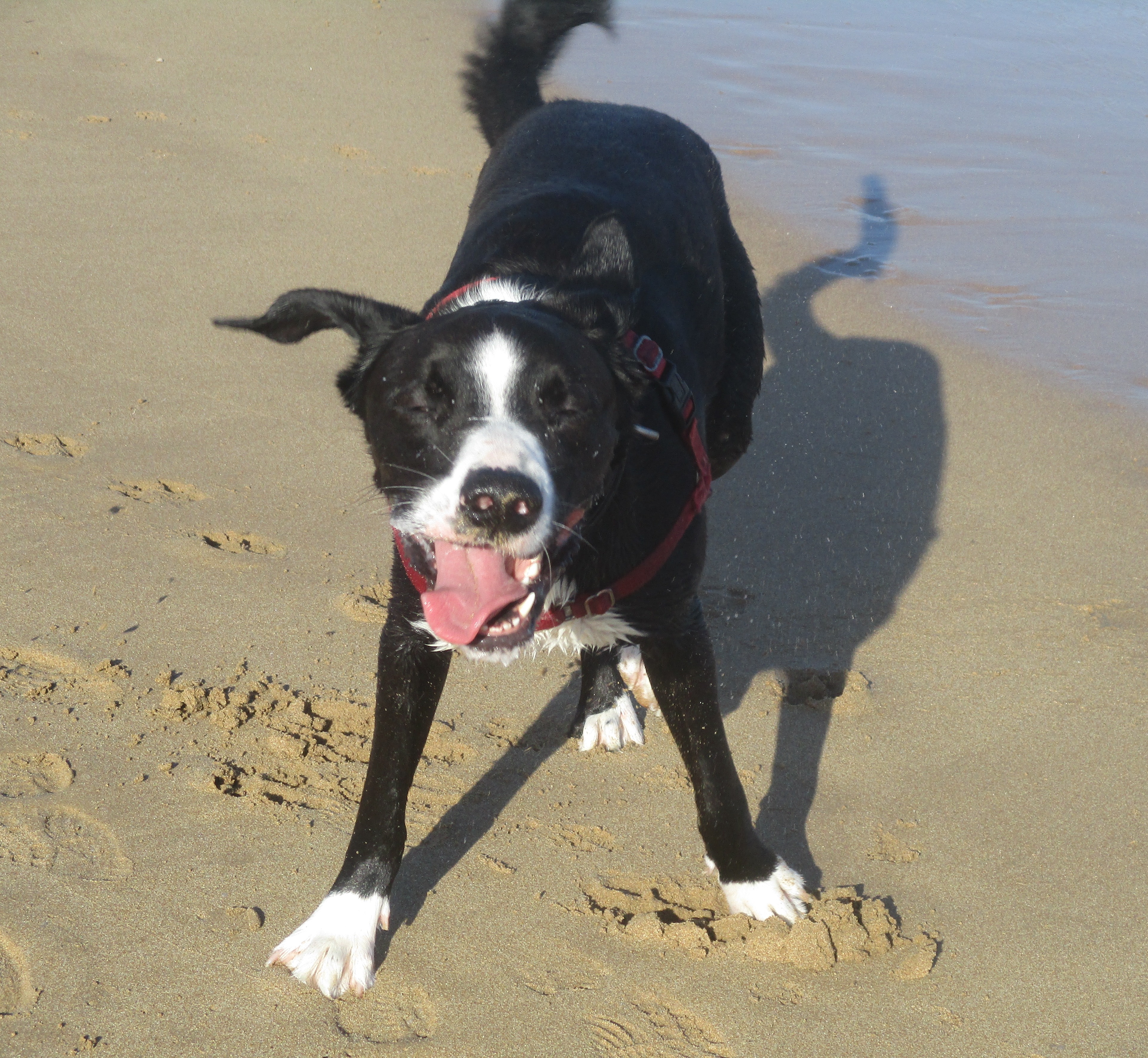 It’s that time of year again – the eagerly awaited review of the year, which I call the Red Knickers Report, due to the Spanish New Year custom of wearing red underwear for luck in the coming year. Whether it was because last year’s red knickers came from Sainsbury’s instead of Spain, or it was because they were reduced, they obviously haven’t worked their magic. I thought 2017 was a bad year – as you can read here, if you haven’t already seen it – but it was obviously just a tough training session for what was to come in 2018.

The first real indication that maybe 2018 was picking up where 2017 left off came at the end of January. We’d taken Paddy for a run by the Ermita in Algorfa, and he spotted a rather attractive lady dog on the other side of the road. Not being one to waste a chance – even though he has nothing to back it up with –  he dashed across the road, straight into the path of an oncoming car. We thought that, like the Monty Python parrot, Paddy had become ‘An ex dog, and had ceased to be,’ but it all ended well, as Paddy himself explains in this guest post.

That was a bit of a bad move, letting him loose on the keyboard, because he demanded another guest spot in July when Gizmo was getting on his nerves a bit. Then, of course, Gizmo demanded the right of reply, so there was a bit of Dog Wars going on for a while. Paddy and Gizmo may be very different in size and temperament, but they really are the best of friends, and spending a year together has given us a lot of laughs, at a time when we needed them most.

‘Spending a year together? How did that happen?’ I can hear those of you who are still awake asking. Well, I can’t actually, but it makes a good link to the next bit. You may remember I spoke about Tony’s health in last year’s review, and sadly, it’s continued on a downward spiral. We came over to the UK in May for a 6 – 8 week visit, and we’re still here as I write this on the penultimate day in December. Not only has Tony’s health been very poor, I’ve had a shaky time of it too, culminating in being rushed into hospital with pleurisy in August.

Things are starting to settle down for me now, but Tony still has a lot to deal with, so we’ve been staying with Glenys, my very good friend and Gizmo’s Mummy. I really can’t thank her enough for everything she’s done for us this year. There are friends, there are good friends, and then there’s Glenys, who has gone way above and beyond the call of friendship. She’s a true Earth Angel.

Normally, our visit to the UK is during the hottest time of the year in Spain – July and August – but we brought the trip forward, as my daughter in law was due to celebrate a big birthday in June. However, we were devastated to receive a call from my son in Shropshire to say she’d passed away from sepsis after apparently making a good recovery from surgery. As you can imagine, it’s left an enormous gap in the family and in our hearts, although I’m really proud of the way my son has dealt with everything since that terrible day in April.

My younger son also had a health scare in June, when he was taken into hospital with a suspected heart attack. It turned out to be a viral infection of the pericardium, and it’s taken several months for him to recover fully. Thankfully, there seems to be no lasting damage to the heart, and he’s enjoyed a very boisterous Christmas with the family.

For the first time since 2007, we’ve spent Christmas in England rather than Spain, and we’ve had a good time – although we haven’t had as many evenings out as we would have had in Spain. Our health and the exorbitant price of eating and drinking out has seen to that. However,  it was good to be able to hit Morrisons for the Christmas Eve bargains – you don’t get Yellow Sticker Fever in Spain, as the store buyers there seem better at getting the ordering right. Or maybe they don’t mark stuff up so much in the first place.

You may be thinking by now that 2018 has been a very challenging year for us – and it certainly has. However, one way or another, I’m going into 2019 with a smile on my face. One friend remarked that ‘If it wasn’t for bad luck, you wouldn’t have had any luck at all, Sandra!’ While I can see where he’s coming from, I don’t agree with that. Luck implies you have control over what happens, and clearly we don’t. I do have control over my reactions to events  and people though, and that makes it possible for me to look forward with optimism.

Two things have stood out as great positives in a year of physical and emotional challenges. One thing is the support and love of friends all over the world – those I already know, and those I have connected to, heart to heart and soul to soul, although we have never been in the same room together. The other thing is the way my spiritual journey has progressed.

One thing I’ve noticed is that almost everyone who comes to spiritualism doesn’t get there because they just fancy trying something new. They want to find a way to cope with the terrible things that life has thrown at them, because they want to grow stronger, rather than buckle under pressure. When I knew I would be facing an extended stay in England, I set about joining a development circle and finding a Spiritualist Church where I could develop my own powers, attend workshops and see good mediums at work.

The lovely Alison Wynne-Ryder has given me such enthusiasm for working with Spirit and the Angels, and 2018 was the year I was certified – although most people who know me think that should have happened years ago! Having completed Level 3 of Alison’s excellent Psychic Development Course, I now have the piece of paper that says I can call myself a Psycic Intuitive and/or Clairvoyant. I also have the strong desire to use my gifts to help others heal and gain comfort and guidance from the Universe, so I am every excited about strengthening my connection with Spirit in the coming year.

June 2018 saw me give my first psychic reading by Skype for a friend in England, and it went better than either of us could have imagined. You can read about it here, if you’re interested. I’ve also taken my first steps in communicating with animals, and I’ll be progressing that further by doing a course with the lovely Maureen Rolls in February. I contacted Maureen in October, when Paddy seemed to be affected by everything that was going on around him, and she was able to communicate telepathically and give me a lot of helpful information. Within days, he was back to his normal, happy self. We don’t just talk to dead people, you know!

On 12th January, I’ll be taking another giant step on my spiritual path when I take part in a Fledgelings Evening of Mediumship in Plymouth. Basically, I’ll be working on the platform with other mediums-in-training and – hopefully – bringing through messages from Spirit for members of the audience. It’s exciting and scary at the same time, so wish me luck!

Another positive move for 2018 was to gradually shorten my trademark long hair. I had no intention of having anything other than a trim back in February, but as I was discussing the upcoming appointment with friends on a motor home rally, and they asked what I was having done, a voice in my head said ‘Cut it short,’ and it came out of my mouth before I could stop it. I thought – rightly as it turned out – that Spirit were telling me it was time for a makeover. I feel so much better, more confident, and everyone says I look younger too. I did it in stages – from a bob,  which Alison Wynne-Ryder saw in my future before I even thought about it – to a pixie cut in September.

It’s easier to look after, more modern, and my hair is in better condition than it’s been for many years. My new ‘do’ has brought about a change of attitude, and put a much-needed spring back in my step. I don’t think I’ll ever go long again, but hey, never say never!

So, although I’ll be glad to see 2018 bow out, there’s been a lot of lessons and laughs, along with the trials and tears. As a result of his near-fatal accident, I’ve been much stricter with Paddy, and it’s a joy to take him out these days. I don’t have to wonder if I’ll end up on the deck, or if he’ll behave when he sees other dogs – I know for sure I won’t and he will. I also won my first-ever photography competition, and although I’ve not been able to concentrate much on my writing this year, I’ve developed my photography skills in my down time.

I’ve learned to be much more calm and patient, because getting worked up doesn’t solve anything, and it doesn’t help your state of mind or your stress levels. If you can’t change it, don’t worry about it – just trust that all will work out for the best, because it will, whatever you do. And if someone is after a row and you don’t feed their anger, it’s much more effective and satisfying than getting into a slanging match.

They say what doesn’t kill you makes you stronger, and it’s certainly true. There have been times this year when I’ve honestly thought I wouldn’t get through things, but guess what? With a little help from my friends, Spirit and the Angels, and a good helping of Sandra’s Special Stubbornness and Will to Survive, in the words of Elton John:

I’m still standing better than I ever did,

I’m looking forward to 2019 with joy and anticipation. Yes, there will be more challenges, but whatever happens, I know I can deal with it, and I know I can’t be beaten. There are good things waiting for me, and for everyone. Wherever you are, I wish you a magical New Year, full of love, happiness, health and joy. It’s what we all deserve, and it’s there for the taking. Never let anything dull your sparkle. Love and blessings to you all.

Other great end of year round ups

Here’s more great reading from my blogger friends for inspiration and information in 2019:

StumbleUpon
0
Posted in Being Sandra in Spain | Tagged 2018 in review, year end review

2 Responses to The Red Knickers Report 2018