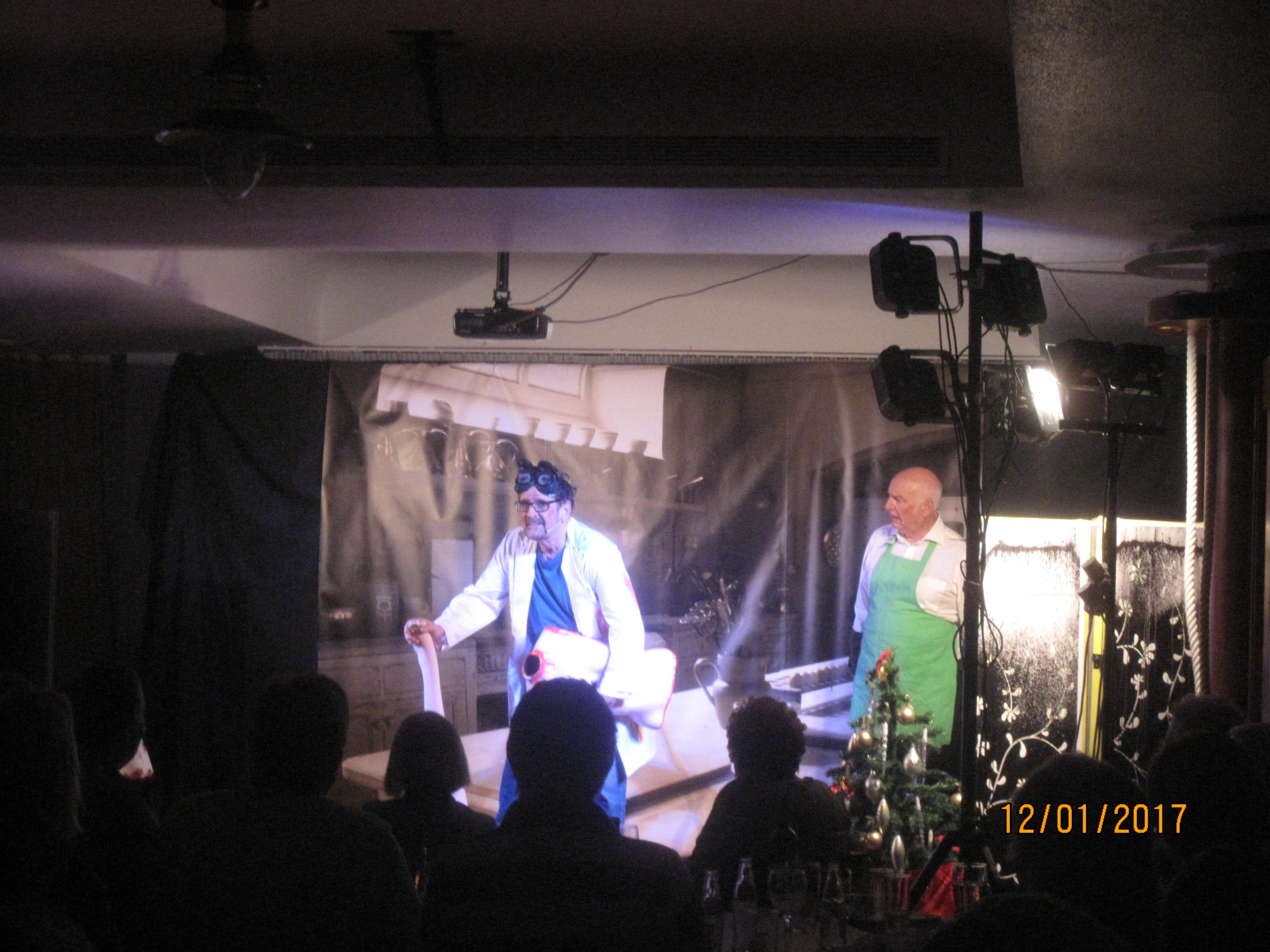 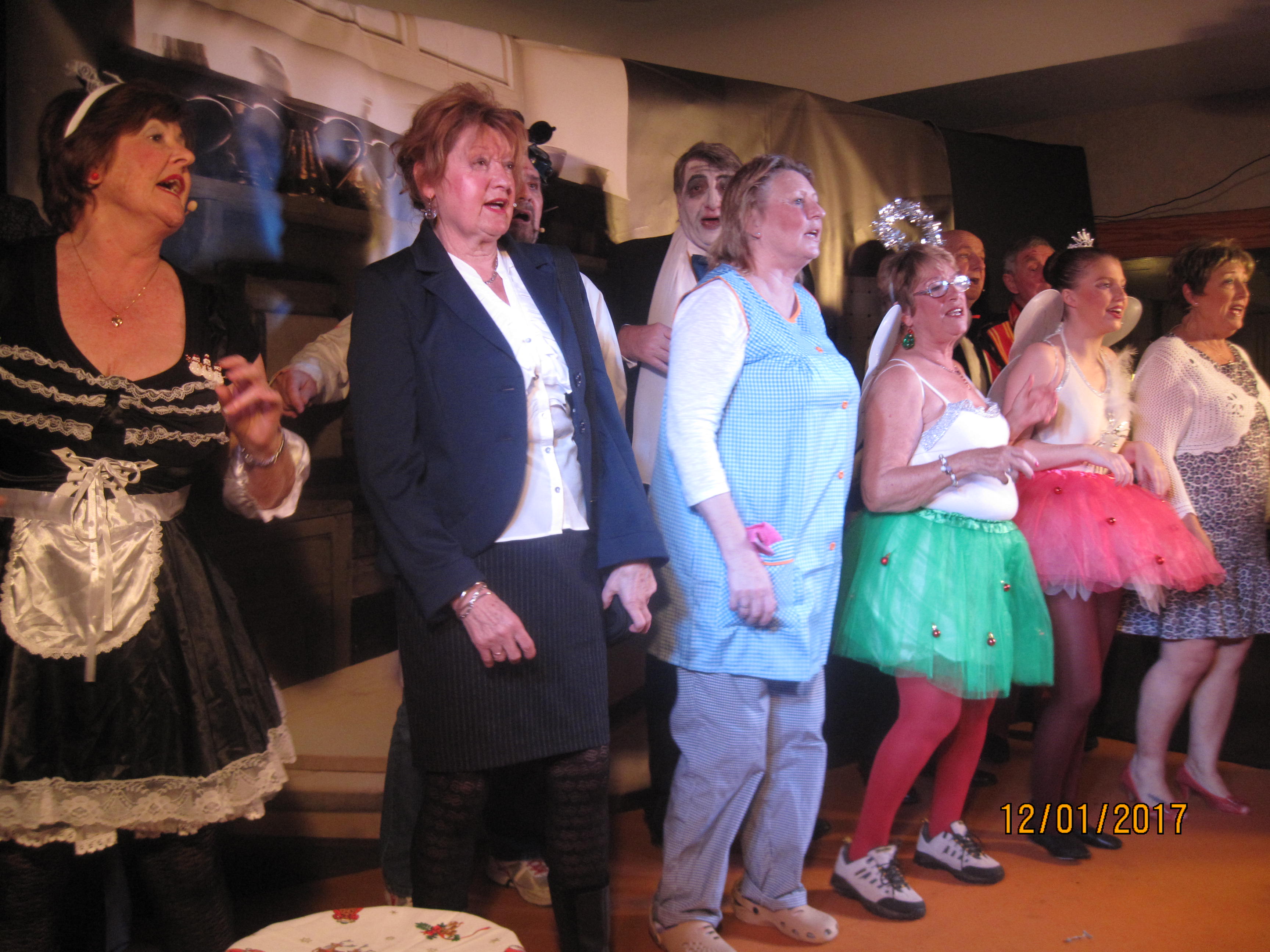 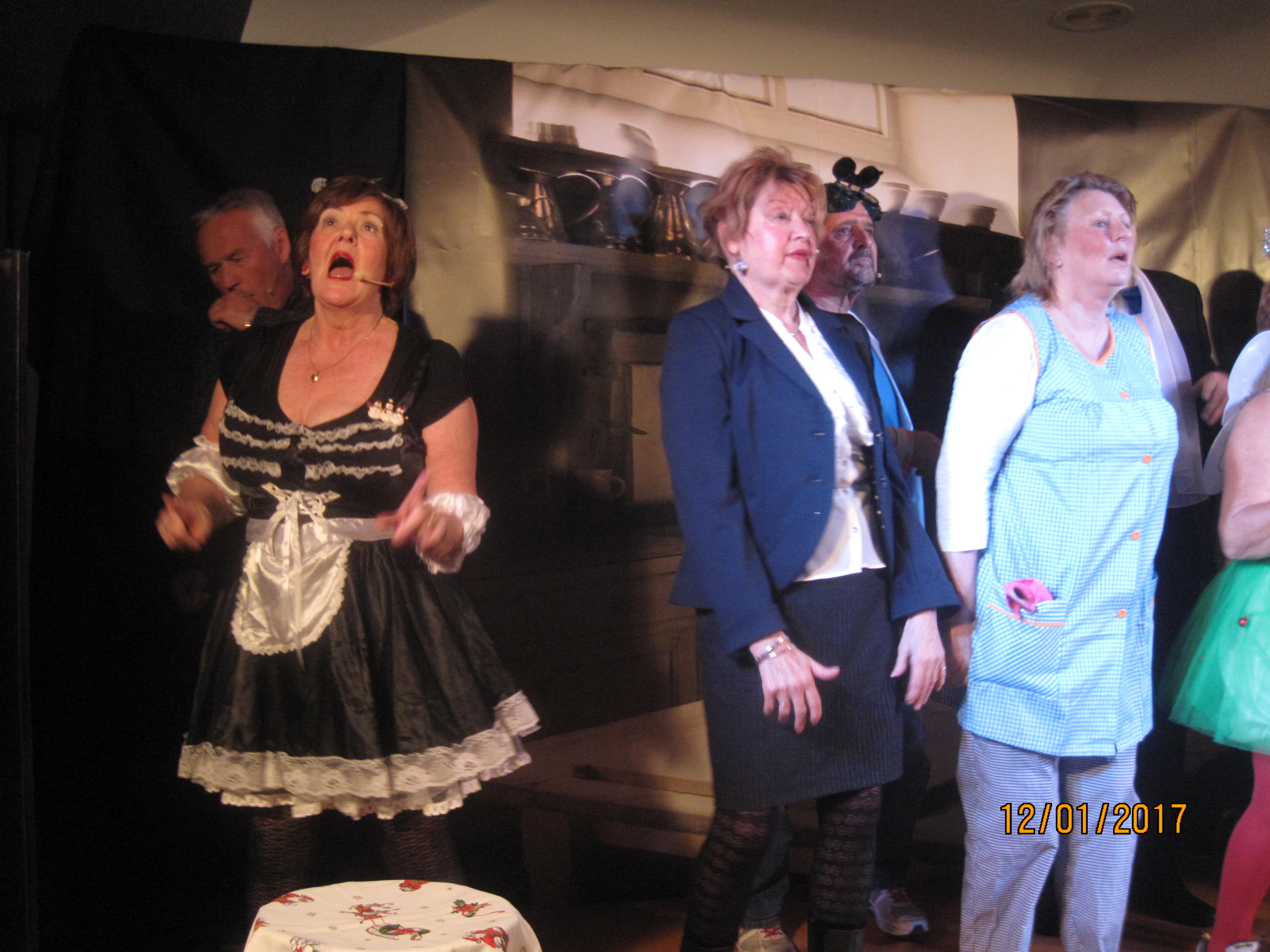 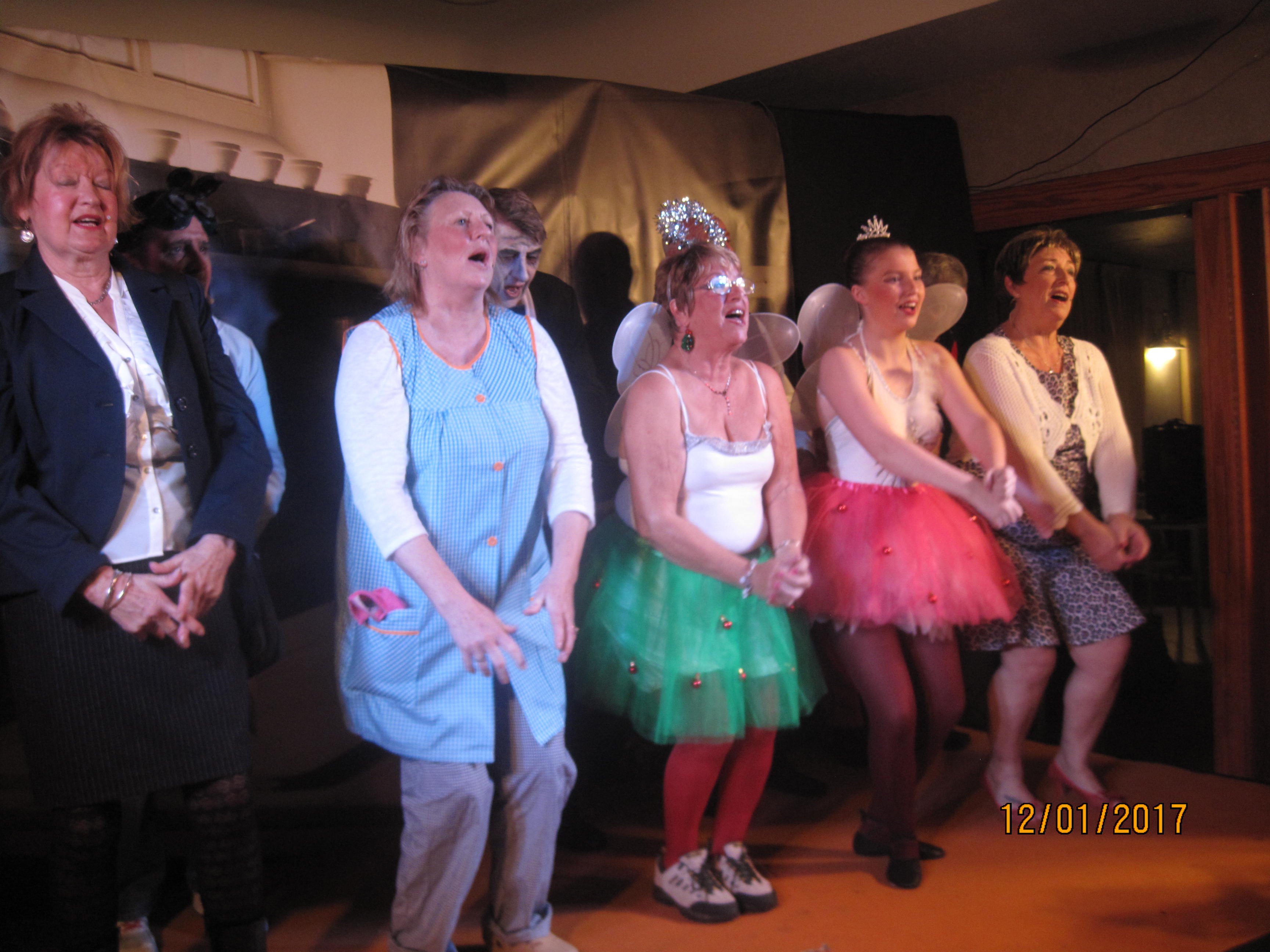 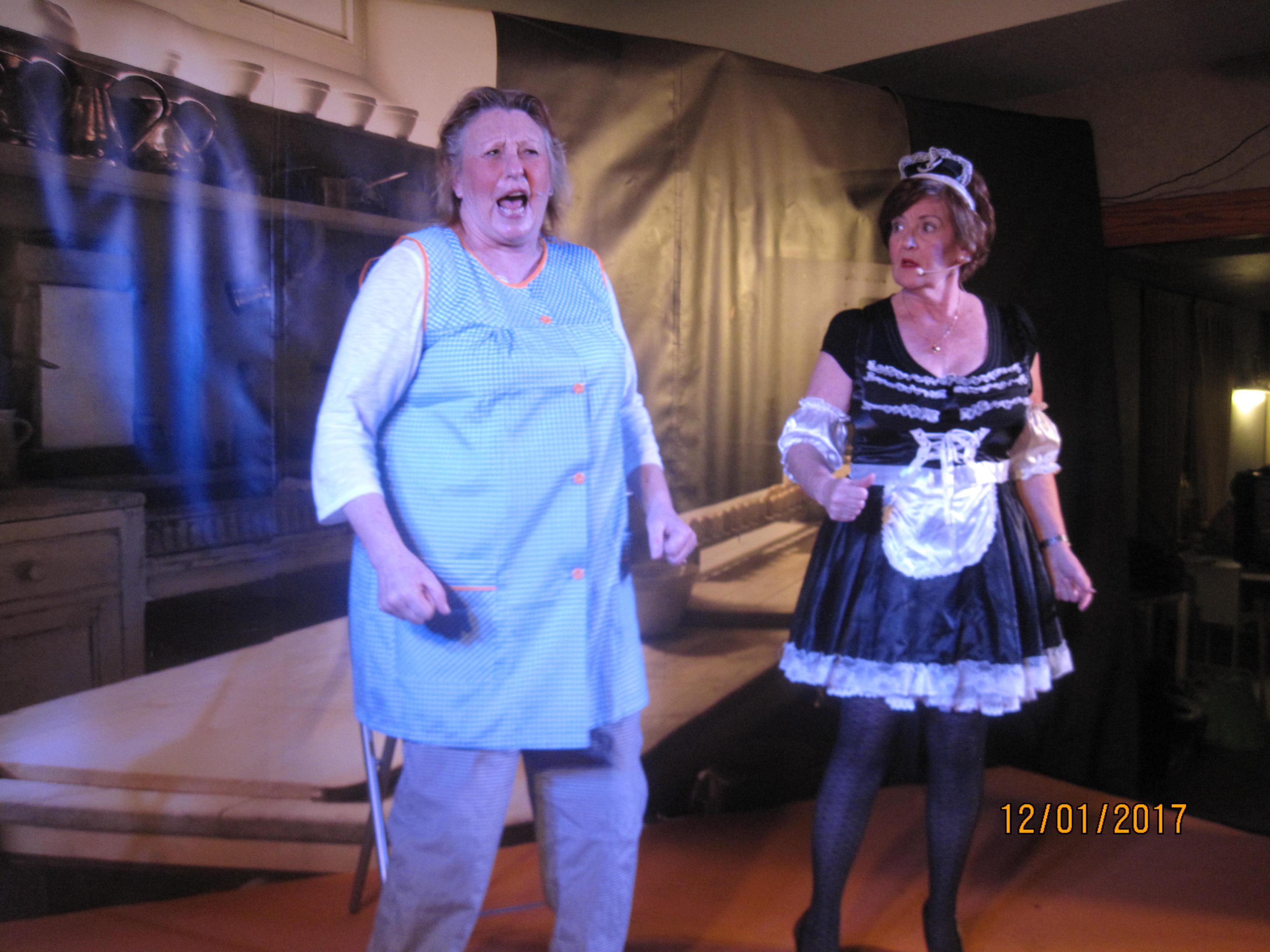 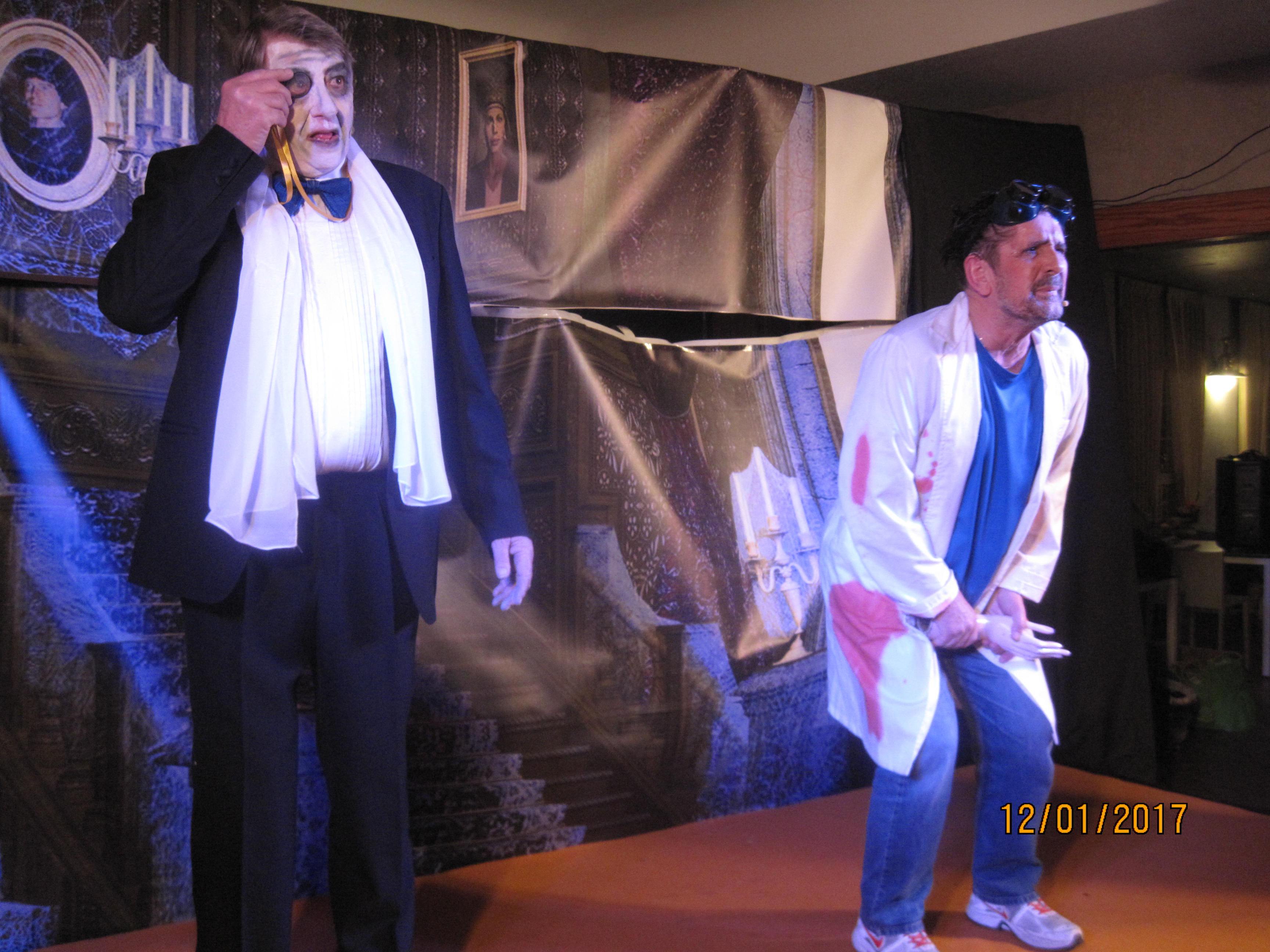 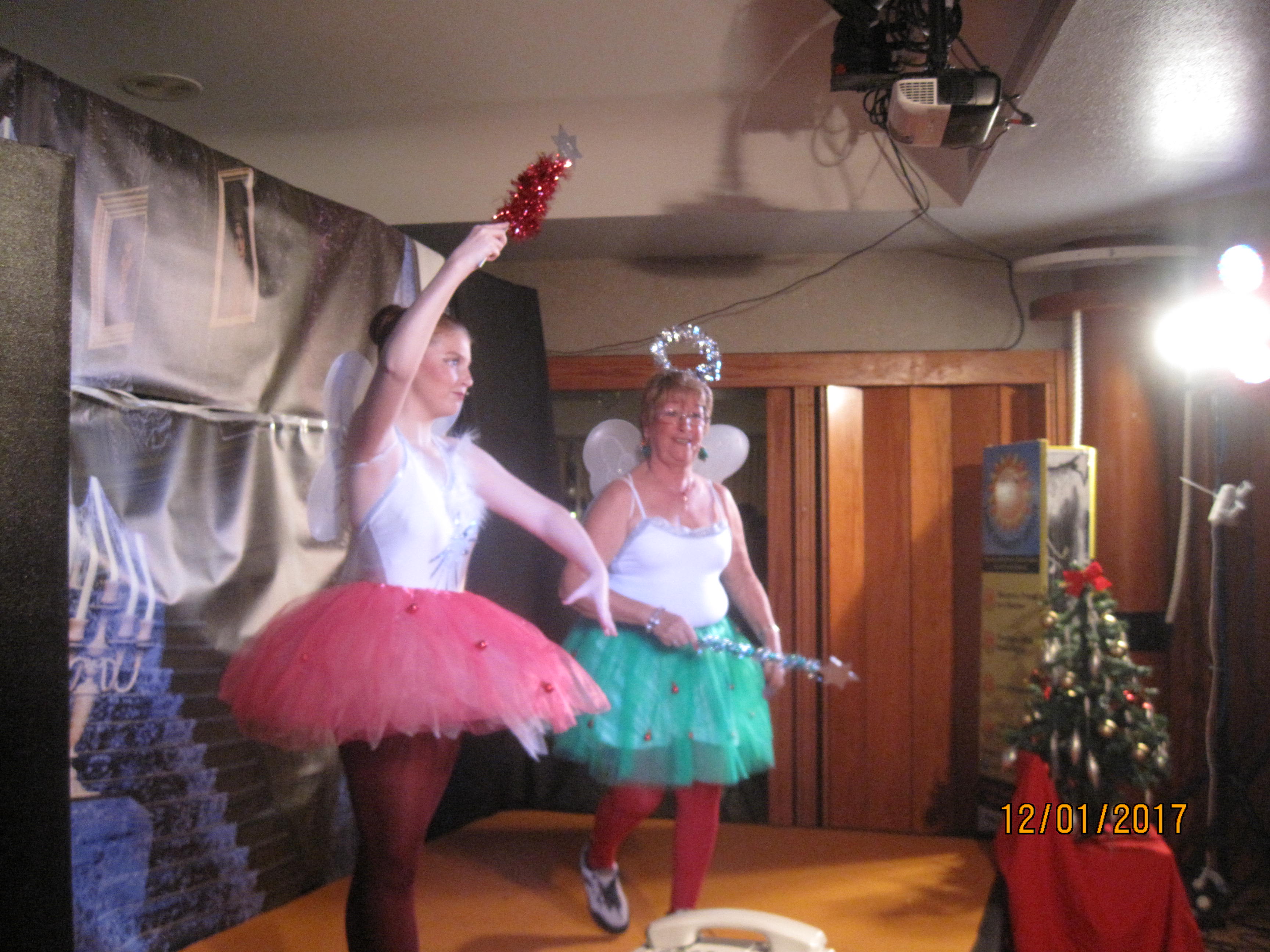 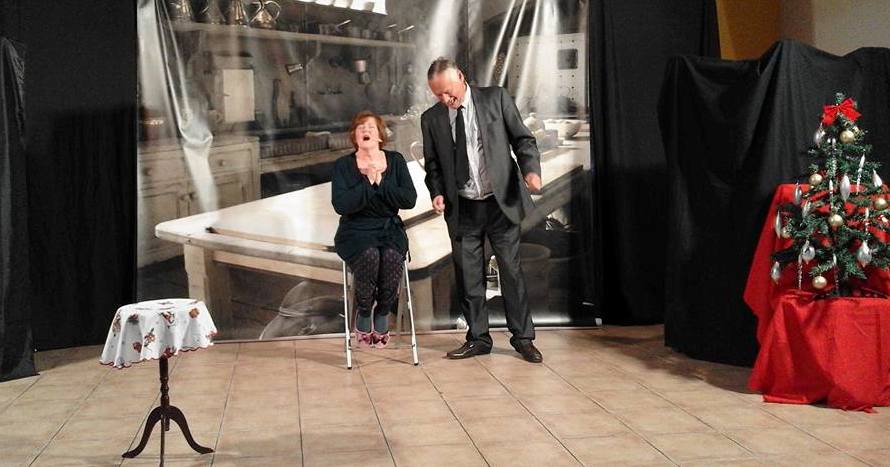 Smile Charity Group is a local amateur dramatics group that regularly produces plays, reviews and pantomimes in the southern Costa Blanca. As you might guess from the name, as well as raising laughs with their performances, they also raise money for charity. Their latest production – Mind Me Ghoulies – is a Christmas ghost story with a twist and a happy ending, which is what you’d expect from a group with smile in the name.

The puns come thick and fast from the title in, and it’s literally laugh a minute stuff, with a few well known songs thrown in for good measure. The Sugar Plum Fairy and the Christmas Tree Fairy keep the story moving along, and provide a few laughs of their own. It’s a mix of play and panto, and it works really well.

The story is set in Boogher Hall on Christmas Eve. It’s almost a year since its last resident, Sir Nigel Seeley-Boogher, breathed his last while engaged in activity of the vertical, bedroom-based variety. Despite having an eye for the ladies, Sir Nigel seemingly died without issue, and if nobody comes forward by the anniversary of his death, Boogher Hall will be sold, and the proceeds of his estate will go to the local orphanage. With less than 24 hours to go, it really seems that Sir Nigel is the last of the Seeley-Booghers.

Not all the puns revolve around him though. Estate agent Des Resse of Floggit and Scarper and solicitor Shirley Shyster from Screwem, Goode and Leggate turn up with a couple of Euromillions lottery winners, determined to seal a deal and make  a packet for themselves in the process. However, there are a couple of things that make Boogher Hall a less than des res. Mad monster Maxwell resides in the cellar, and the ghost of Sir Nigel Seeley-Boogher haunts the place, furious that his butler Widgett has been selling off his best wines to pay the bills. After all with Sir Nigel’s death, there was boogher hall coming in, was there? (Sorry – couldn’t resist that one!)

Parlour maid Madeleine Fancy came to Booger Hall from the orphanage, and she’s lonely and longing for love on Christmas Eve. So is the cook, Victoria Sponge. And with no heir forthcoming, and Londoners Sid and Violet Scripps rapidly coming to the conclusion that their one bedroom flat in Camden Town is a much better proposition than Boogher Hall and its strange inhabitants, it looks like it’s going to be a decidedly unhappy Christmas. Especially when the news comes through that the orphanage has burned down – probably due to Maxwell’s ‘arson about.’

However, as I hinted earlier, there’s a happy ending in store, and it all works out to everyone’s satisfaction. I’ve seen several of Smile Charity Group’s shows, and each one has been polished and professionally presented. I have to say though that this is the best I’ve seen so far – and that’s no detriment to the others. The cast were clearly having as much fun as the audience, and since we were all well fed with chicken or fish and chips – included in the €10 ticket price – a great night was had by all. Madeleine’s fishnet tights grew gasps of admiration from the men in the audience, with someone – who shall remain anonymous since he paid me in wine for that privilege  – saying what a shame those lovely legs were locked away with boogher hall chance of poor Madeleine getting a man of her own to appreciate them. (Ooops – there I go again!)

John Wallace – a founder member of the group – wrote the original script, but the performance was tinged with sadness, as he passed away recently. As a mark of respect, the shows were postponed from December.  Mind Me Ghoulies is a brilliant swansong for John, and a fitting tribute to his comic genius. He will be missed, although in the best traditions of ‘the show must go on.’ the cast did his memory proud.

If you’ve never been to a Smile Charity Group show before, you don’t know what you’re missing. Look out for news of their next production in the local English speaking press and on their Facebook page. Tickets are usually €10, of which €5 pays for a meal and €5 goes to their chosen charities. Shows usually sell out quickly, so get in fast when you see the publicity. I guarantee you’ll have a great time and a good feed, while raising much needed funds for local charities. Smile Charity Group certainly have a knack for putting the fun in fund raising!

Image credits: Photo of Madeleine and Des Resse taken by Mandy Wright and used by kind permission of Bev McEwan. Other images are my own.