So, Sandra In Spain, how was your first ever film premiere? 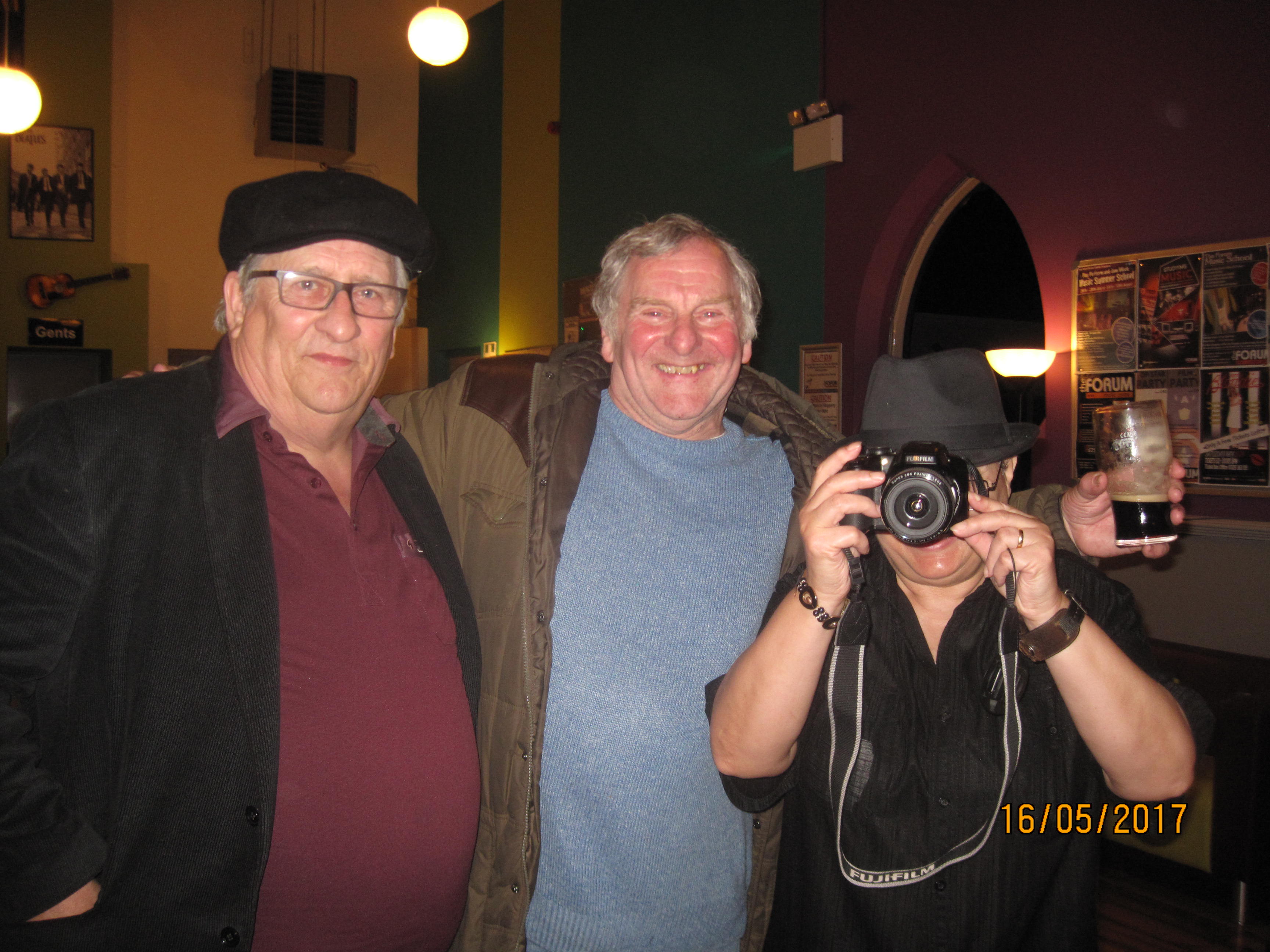 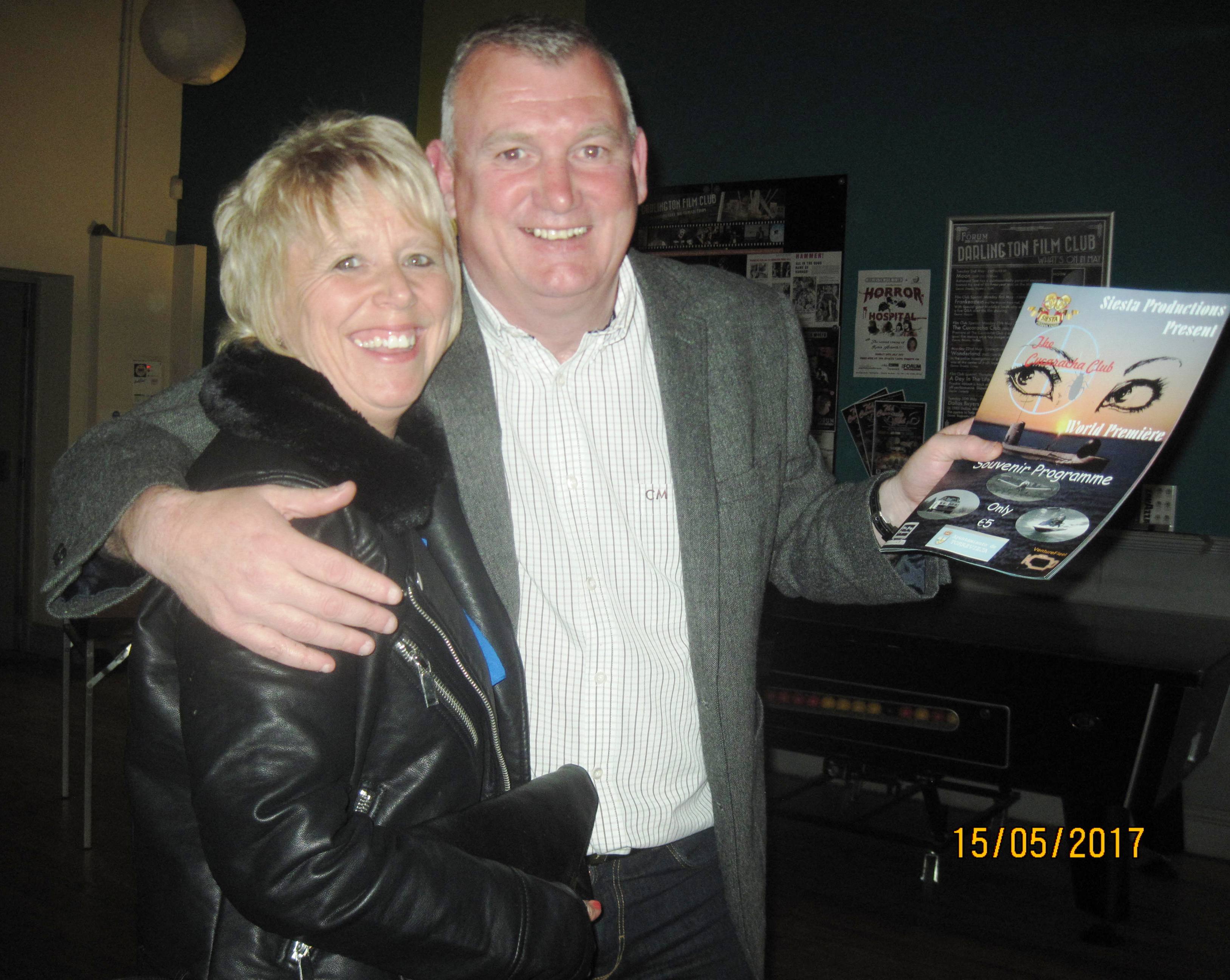 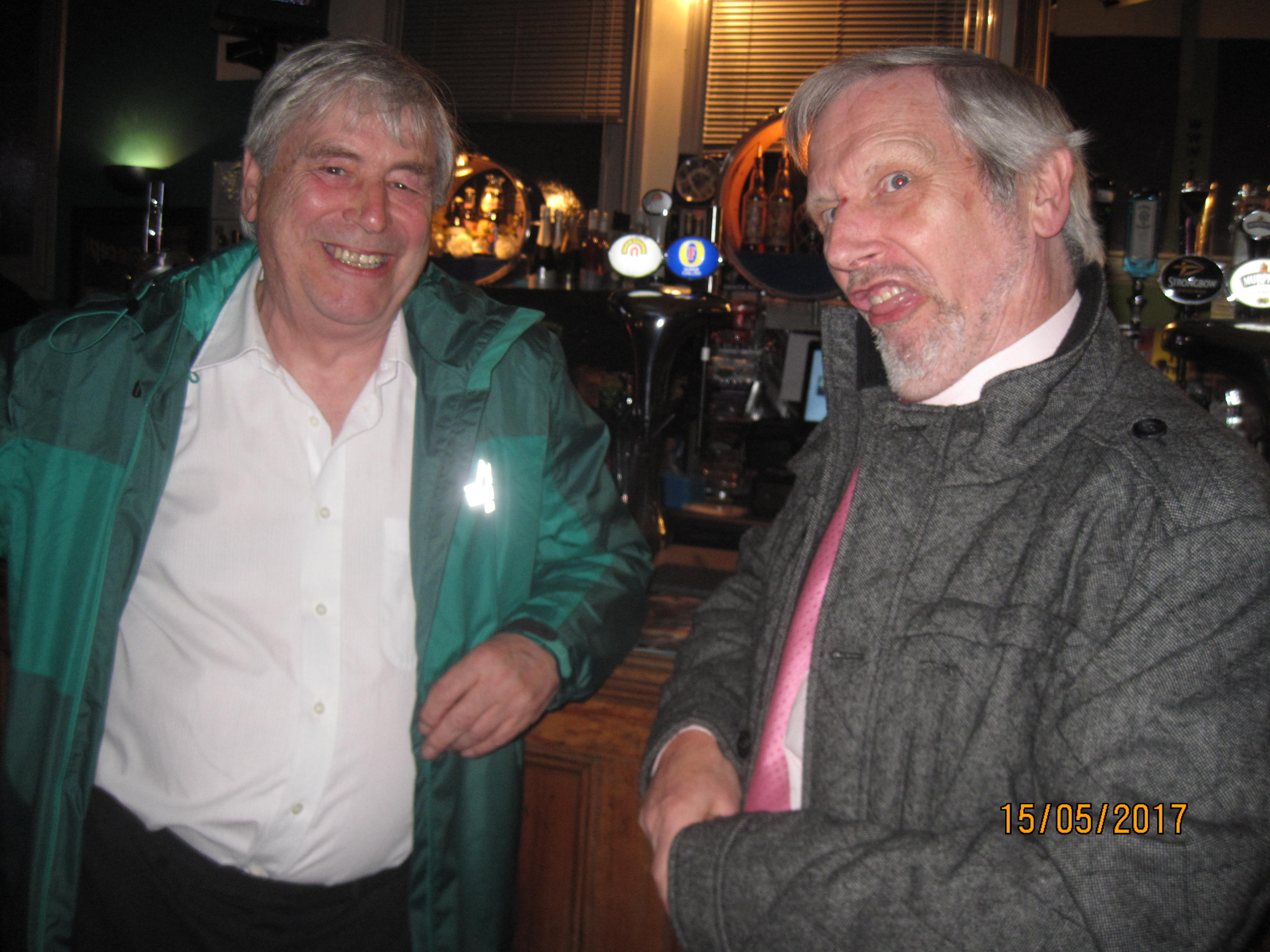 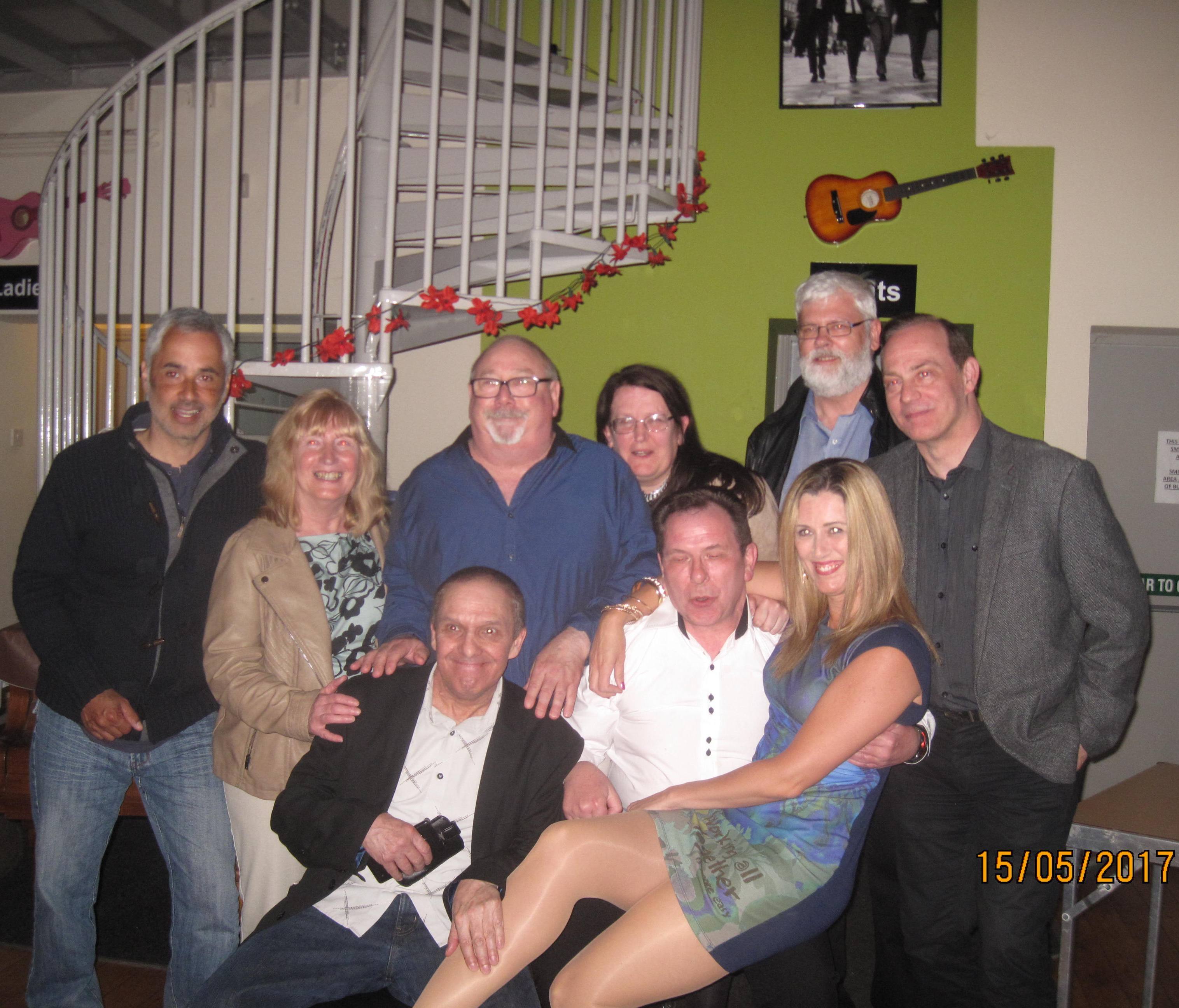 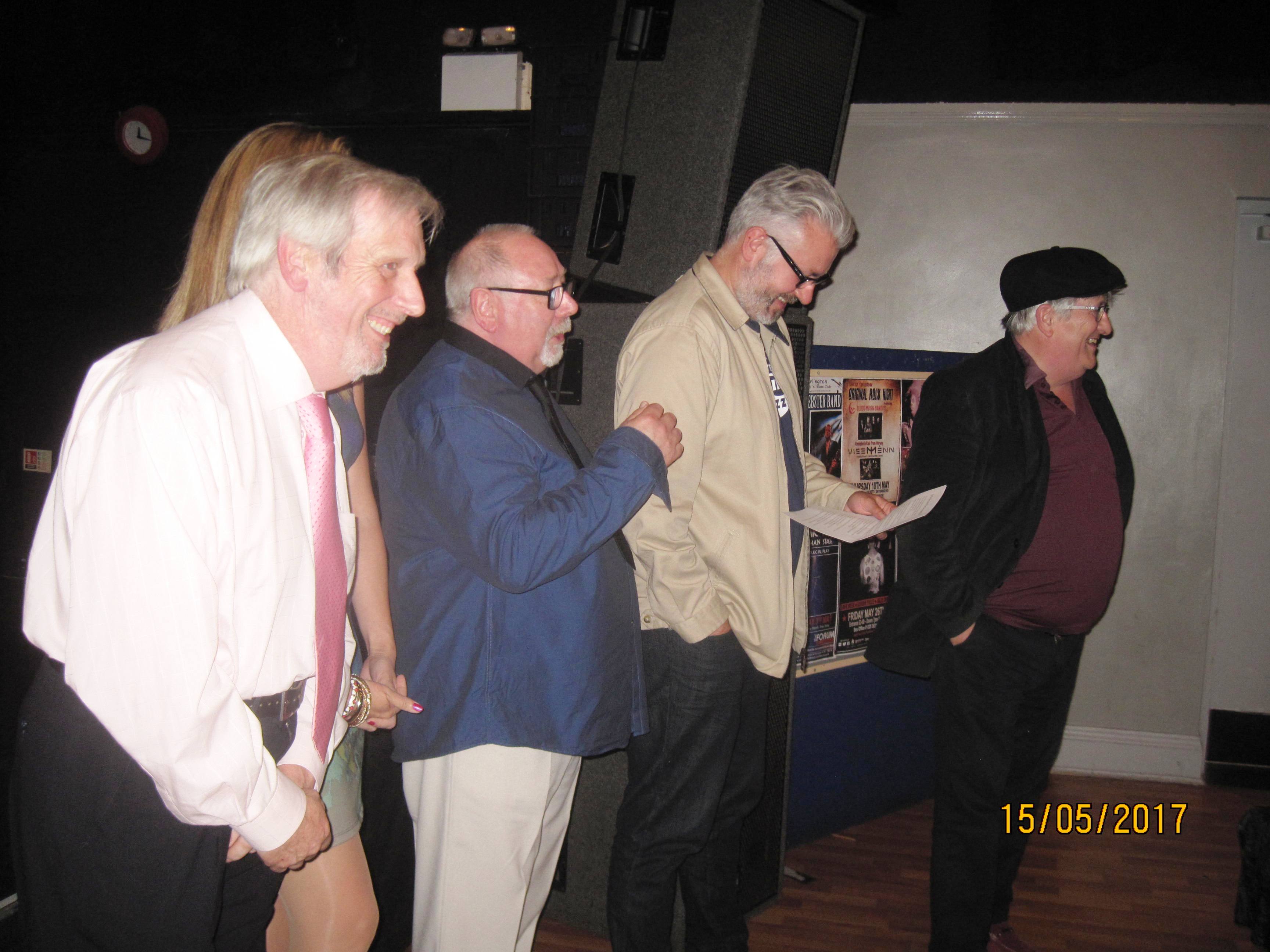 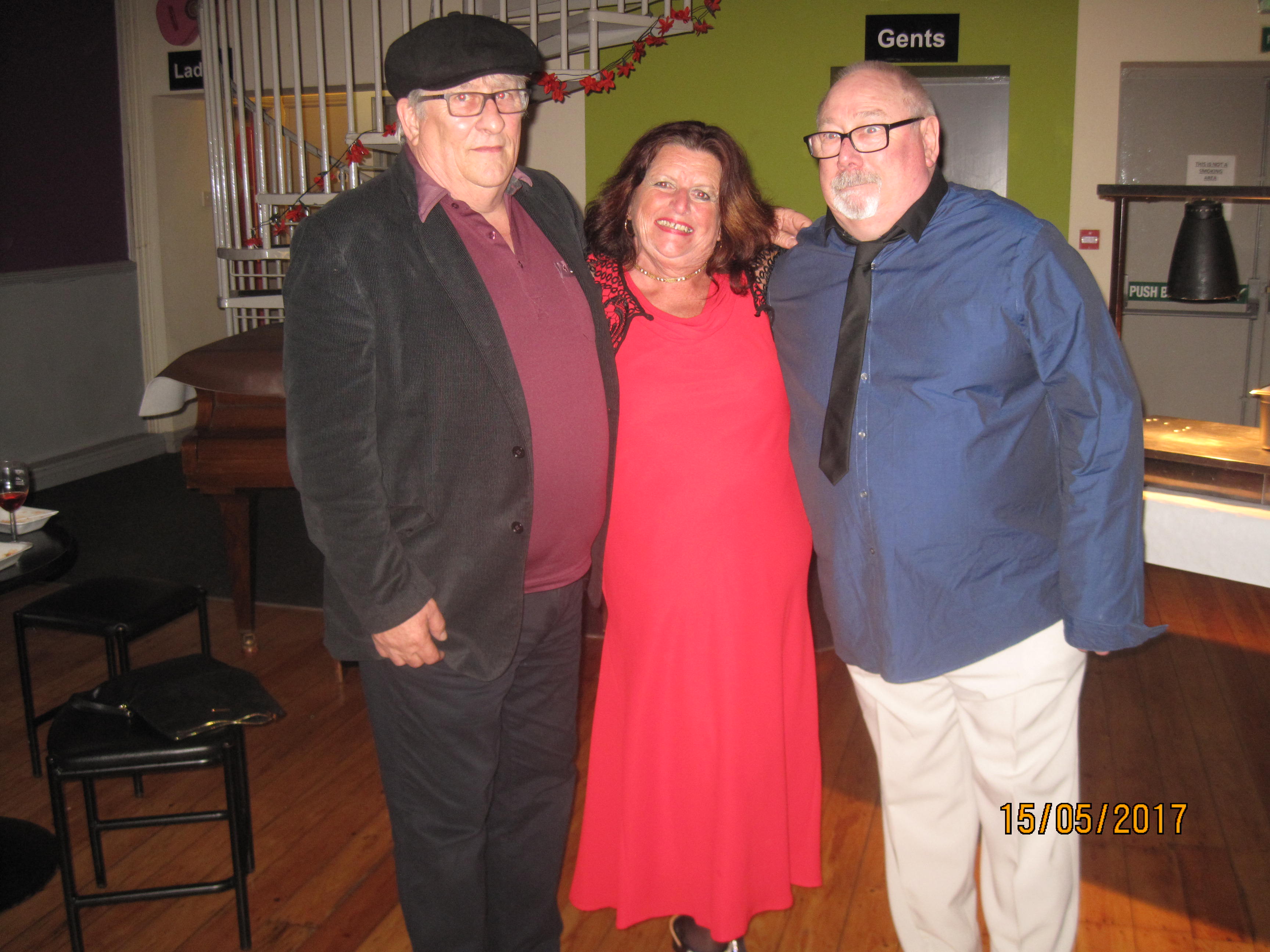 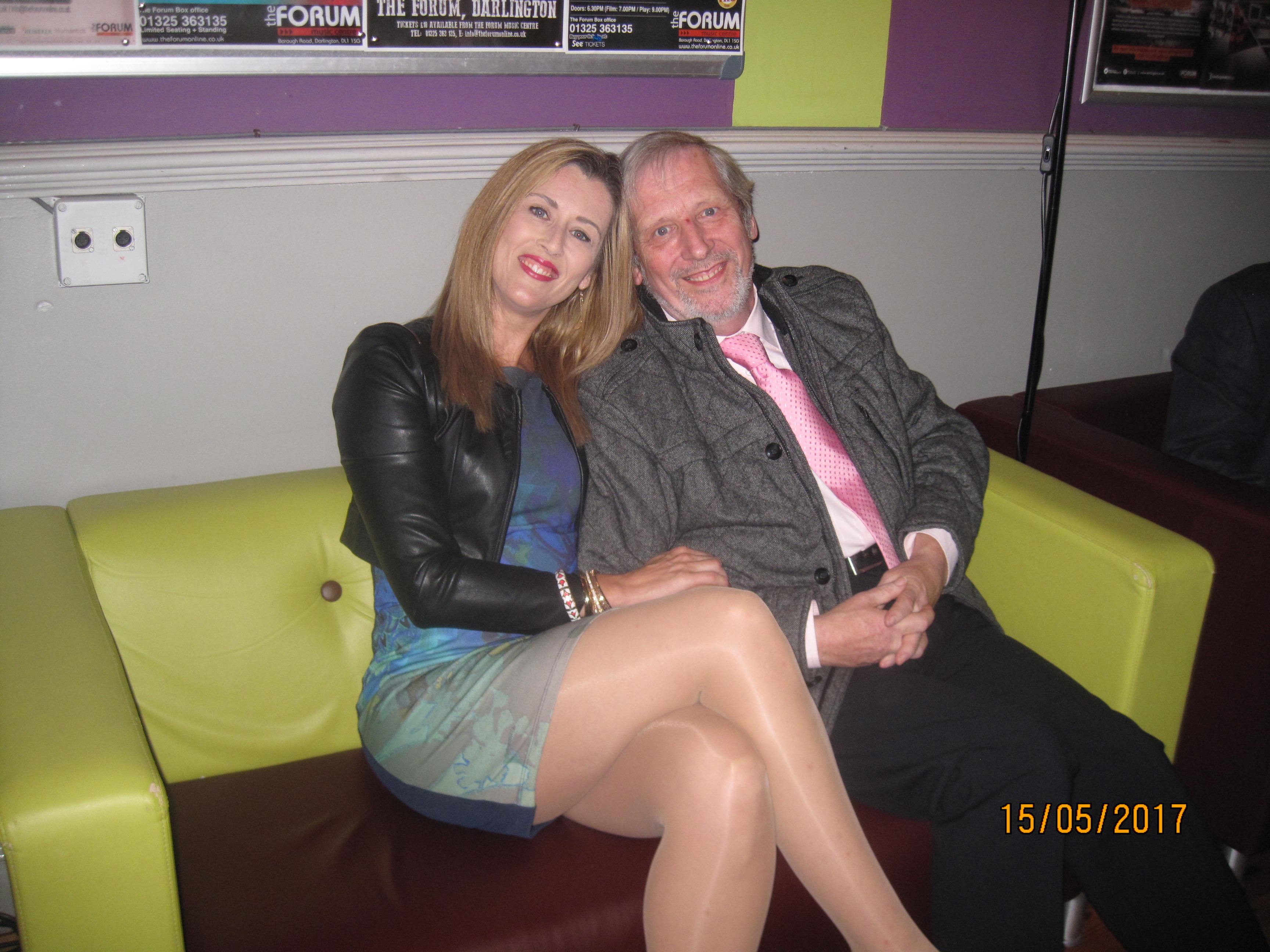 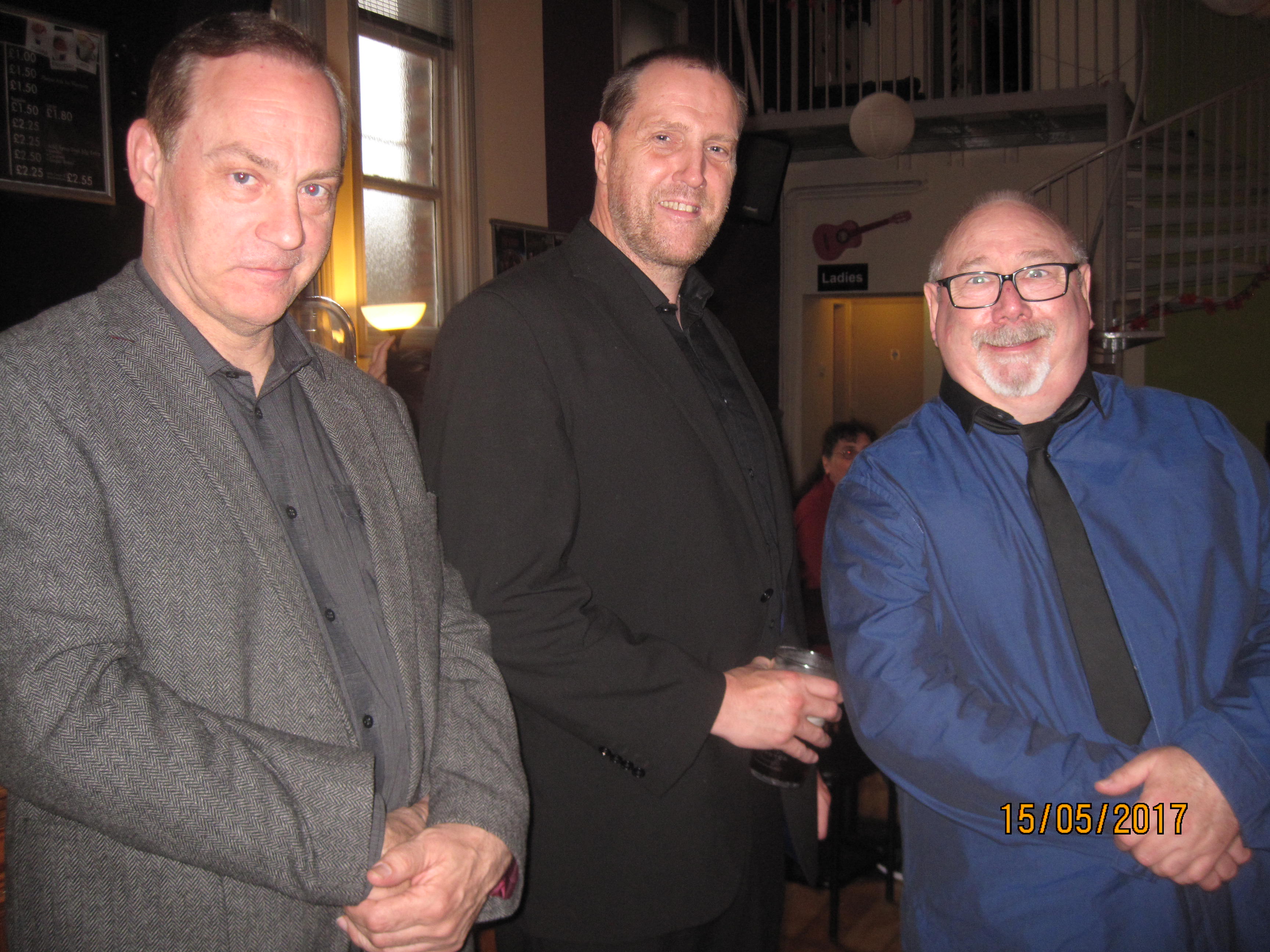 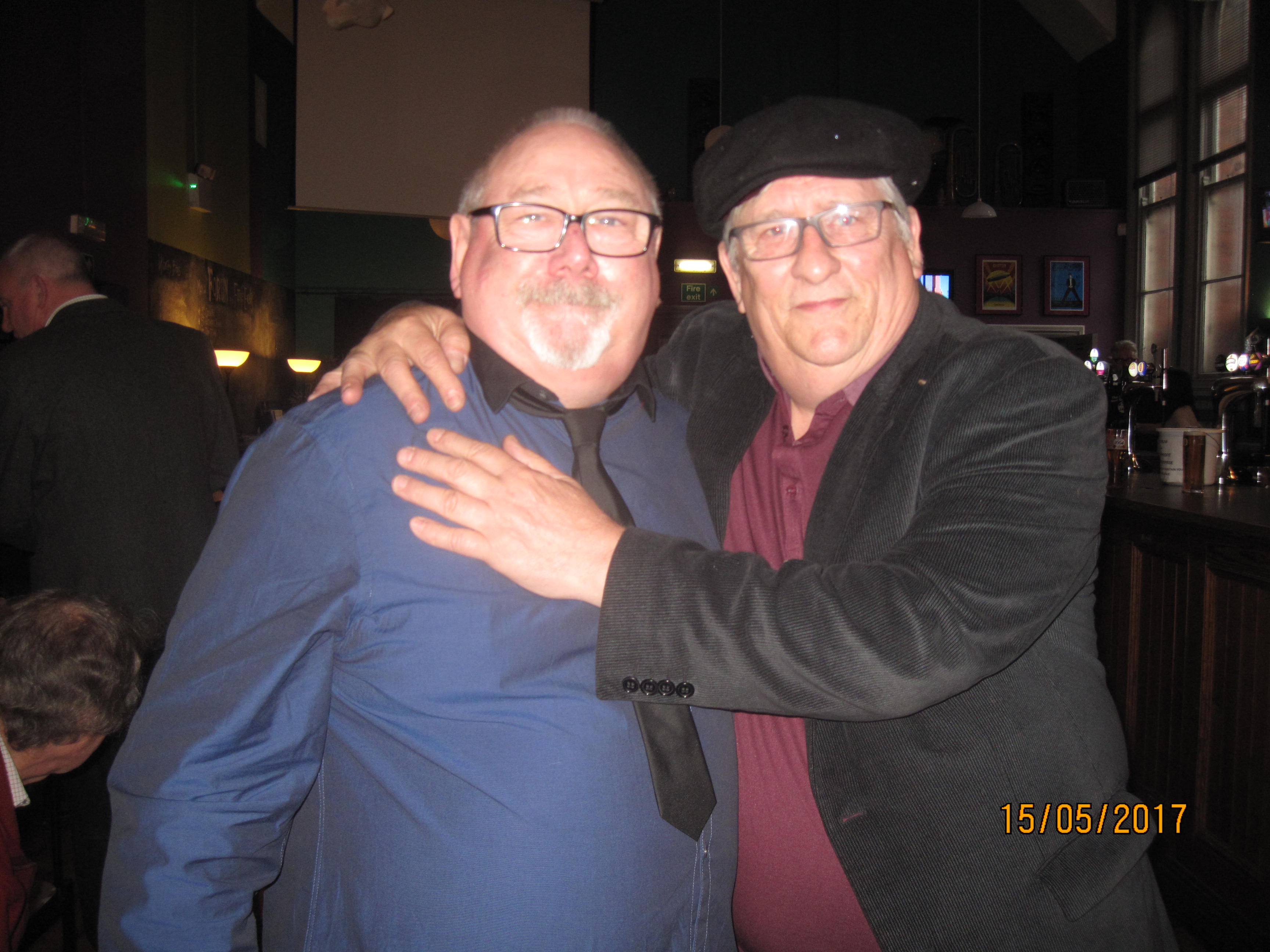 If you’ve been on my website for more than five seconds, you’ll know that I’m heavily and happily involved in promoting The Cucaracha Club – the first feature film to be made entirely on location in and around Torrevieja, and when I was invited to the UK premiere of the film in Darlington, there was only one possible response. Flight and hotel were booked before screenwriter, executive producer and male lead Billie Anthony Gaddess had chance to think it through and realise that Sandra Not In Spain might be even more of a liability than she was on her home turf and withdraw the invitation.

If you think I sound a bit excited, you’d be right, because in my almost 65 years of existence, I’ve never attended a film premiere of any description. To be invited to this one, which features a lot of my friends either in front of or behind the cameras was pretty special, so I took a few lessons in Geordie so I wouldn’t need to take a translator, researched the finer points of stottie cake, and packed the trademark red dress. Just to make sure I was right into the groove, I binge watched Auf Weidersehen Pet and Crocodile Shoes, so I thought I was pretty well prepared when I jetted out of Alicante airport on a two day turnaround. How wrong can you be?

When I was interviewing cast members for articles and I asked for their abiding memory of their time on set, they were pretty unanimous that the best thing was Billie’s home made cheesecake. As a devotee of cheesecake, I can totally identify with that, and I told Billie that unless there was a cheesecake waiting for me, I was cancelling the flight. I also said I was working on the beach body, so a low fat cheesecake would be most acceptable. Well, the chocolate and banana version we got didn’t quite fit into the low fat category, but it went down well, and it was a great welcome to Darlington.

Of course, this wasn’t just a jolly, there was serious stuff at stake here. This was the first public showing of The Cucaracha Club, since the world premiere in Torrevieja was by invitation and the audience was mostly made up of people who had been involved in the film in some way, so they were already a little bit biased. However, the UK premiere at the Darlington Arts Festival was open to the general public as well as invited guests, so it was important to get it right. As the official – if unpaid – publicist for the film,  I was keen to find out how I could play my part.

That’s when I found out why I’d really been invited. Billie tasked me with looking after Robbie Gallagher, who was flying in from Ireland. For ‘Looking after’ read ‘Make sure that mad Irish man behaves himself.’ Robbie might have a non-speaking role in the film as the assassin, but basically, you never know what’s coming next, as you’ll already know if you caught my recent interview with him. When Robbie wanted a quick drink before the premiere – and let’s face it, he deserved one after travelling all that way – I found a nice local pub that did a good pint of Guinness. However, an Irish ‘quick drink’ involves more than one drink, and it’s not quick in the accepted sense, so by the time we were on our second one – well, as his minder, I had to keep him company – we had Billie on the phone panicking and wondering where we were. Even though it was still 15 minutes short of the agreed meeting time. Billie has a tendency to get excited, but on premiere night he was on elastic.

It was a 5 minute walk to the venue, but Robbie decided we’d take a taxi so he had time to finish his Guinness and have a cigarette, and the lovely lady behind the bar assured us the taxi would be with us immediately. Obviously Darlington is in a different time zone to the rest of the UK, because ‘immediately’ was around 15 minutes later, and when the taxi finally dropped us off at the entrance, our phones were playing a symphony as Billie tried to find out what had happened to his friendly neighbourhood assassin. They have one of those push button things on the door to let you in, but nobody was answering, so Robbie decided we’d find another way in. The first open door he found went through the kitchen, and the legendary Irish charm failed to work on the lady in charge, who barred our way and sent us back to the other door.

This time we were admitted immediately, and if I’d had a real job, I’d have got the sack there and then judging by the look on Billie’s face. However, he realised the need for keeping Robbie reined in, and nobody else was brave enough or daft enough to try, so I got away with it. We got through the film okay, and it was very well received, with people laughing in the right places, gasping at the shocking bits and generally getting into the film. It wasn’t just polite applause at the end either – most of the audience were on their feet showing their appreciation.

I’d just started to relax and enjoy myself when the question and answer session started, and I was thinking I could get used to this. One by one the cast members were called out, and spoke about their experiences on set, and the audience were taking it all in. One of the unique things about The Cucaracha Club is that many of the actors are not professionals, they have day jobs like running garages, bars  and computer companies and driving trains,  It was all looking good – and then they called Robbie up.

He managed about four words before unleashing the first of several expletives that loosely rhyme with booking.com. And that was when the real fun started. Billie came close to a heart attack and tried to look invisible – which isn’t easy for him – but the rest of the cast, and the audience, were in fits of laughter.  They’d already taken the film to their hearts, and thanks to Robbie, everyone relaxed and it was more like a big happy family party than a film premiere. Not that I’ve got anything to compare it with, but I bet nobody ever enjoyed themselves more than we did as we left the auditorium and formed a disorderly queue at the bar.

One of the perks of being an extrovert Irish actor is that people fall over themselves to buy you drinks and hear your jokes. And one of the perks of being a minder to an extrovert Irish actor is that I got included in the round as well. However, I don’t think my liver was as grateful as I was for the industrial quantities of wine that came my way. Clearly some of the cast don’t get the concept of the paparazzi photo call, judging by some of the expressions on Clive Gray’s face. But then again, he was having a family reunion, as his son and brother had surprised him by showing up for the premiere.

All too soon it was time to leave, which didn’t go down too well with Robbie. There was a bit of a cultural clash as he assured us that in Ireland, nobody gets going until after midnight, and if they go back home before 7.30 am, it’s been a quiet night.  As the smiles started to slide from the faces of the weary bar staff, Billie took charge and ushered the big man out to one of the waiting cars, with the help of a few of the the film’s heavies. Thankfully my duties were now over, and I could retire to the sanctity and relative sanity of my hotel room and relive a truly magical night. Billie, Clive, Yvonne Graham, Denis – you were brilliant, in the film and on the night. And Robbie I’ll happily reprise my role as minder at the premiere of The Cucaracha Club 2: The Route of All Evil. That’s if I still have a job, of course. I hope so, because I could get used to this premiere lark.

4 Responses to So, Sandra In Spain, how was your first ever film premiere?