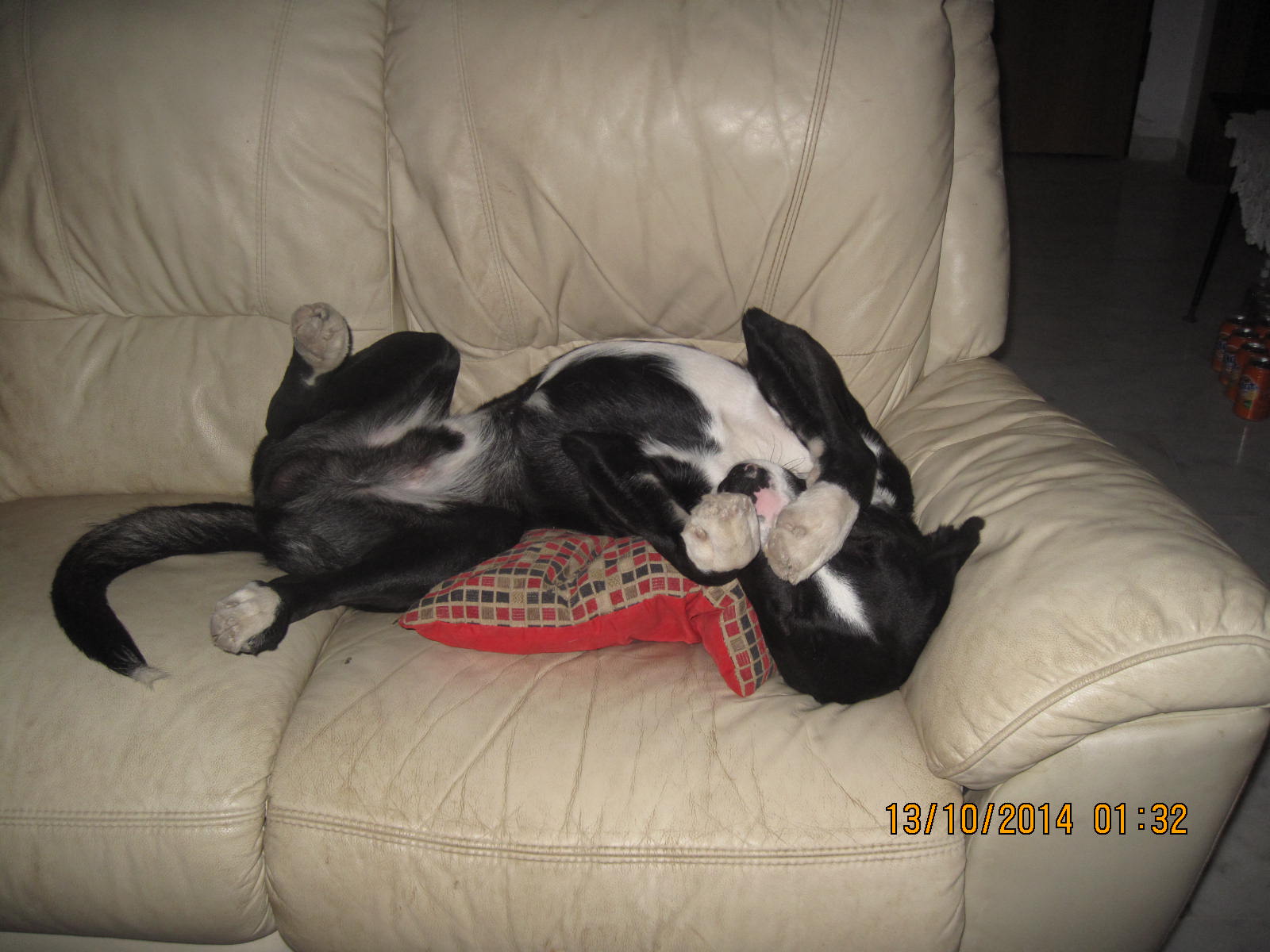 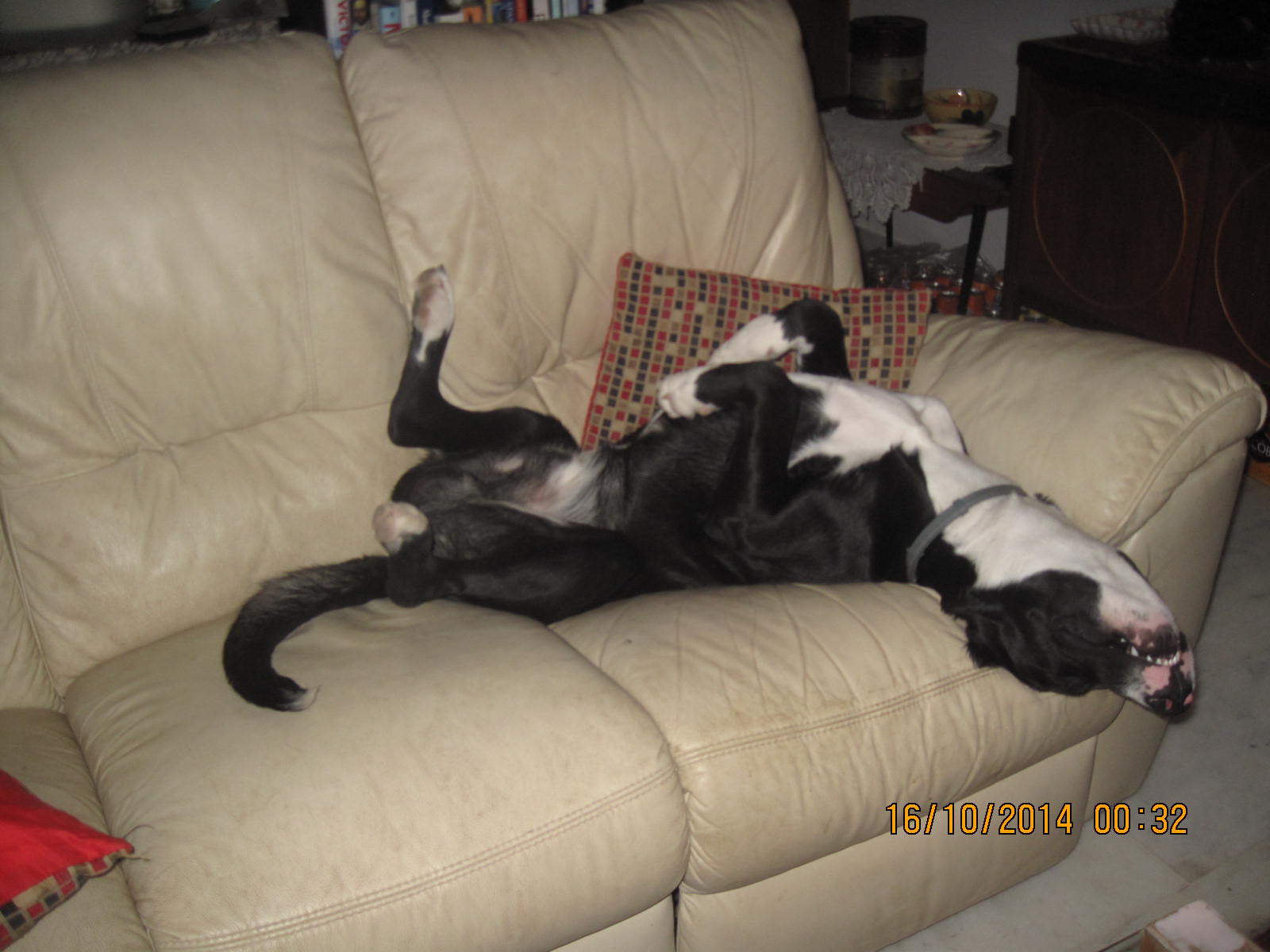 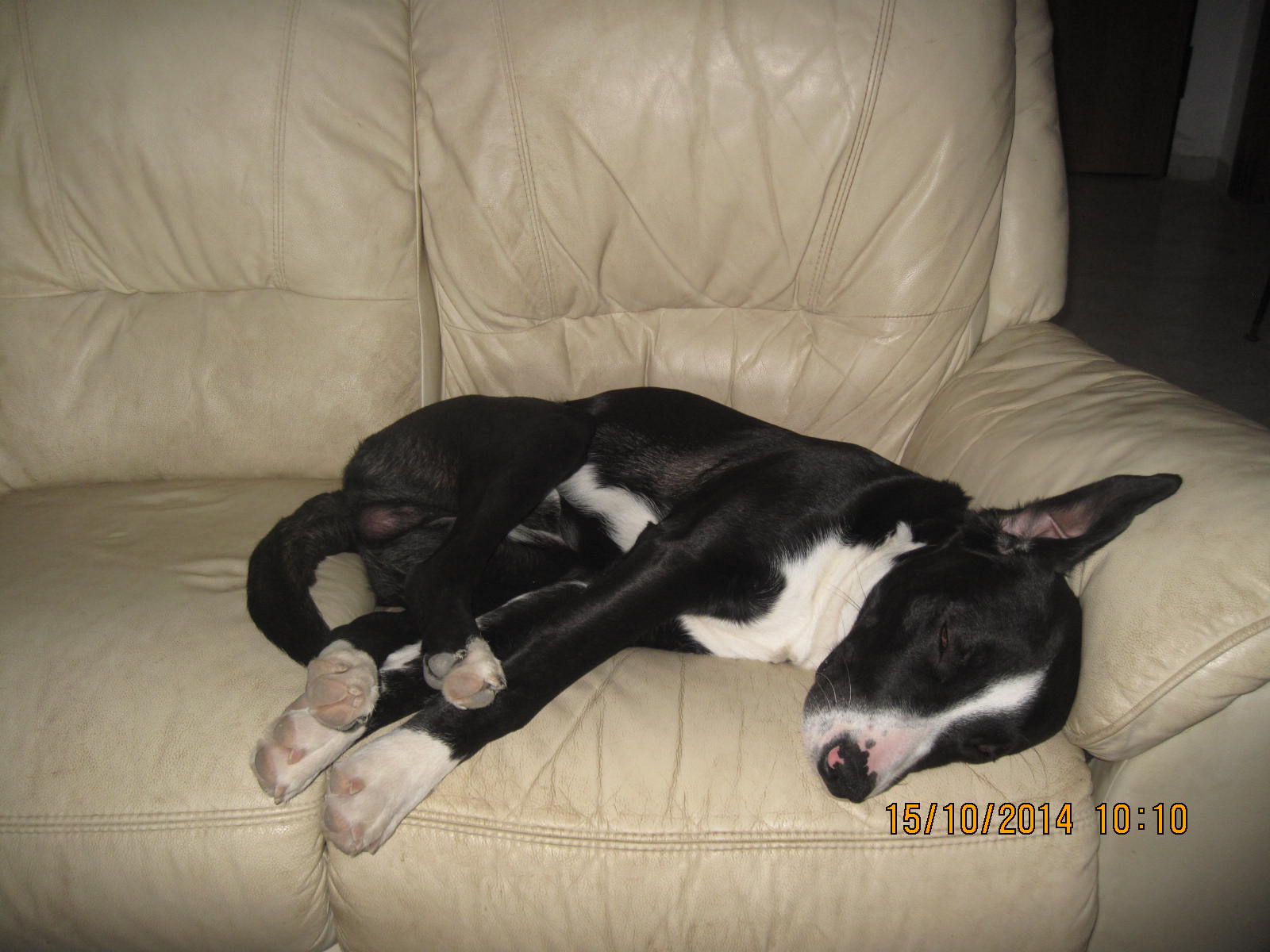 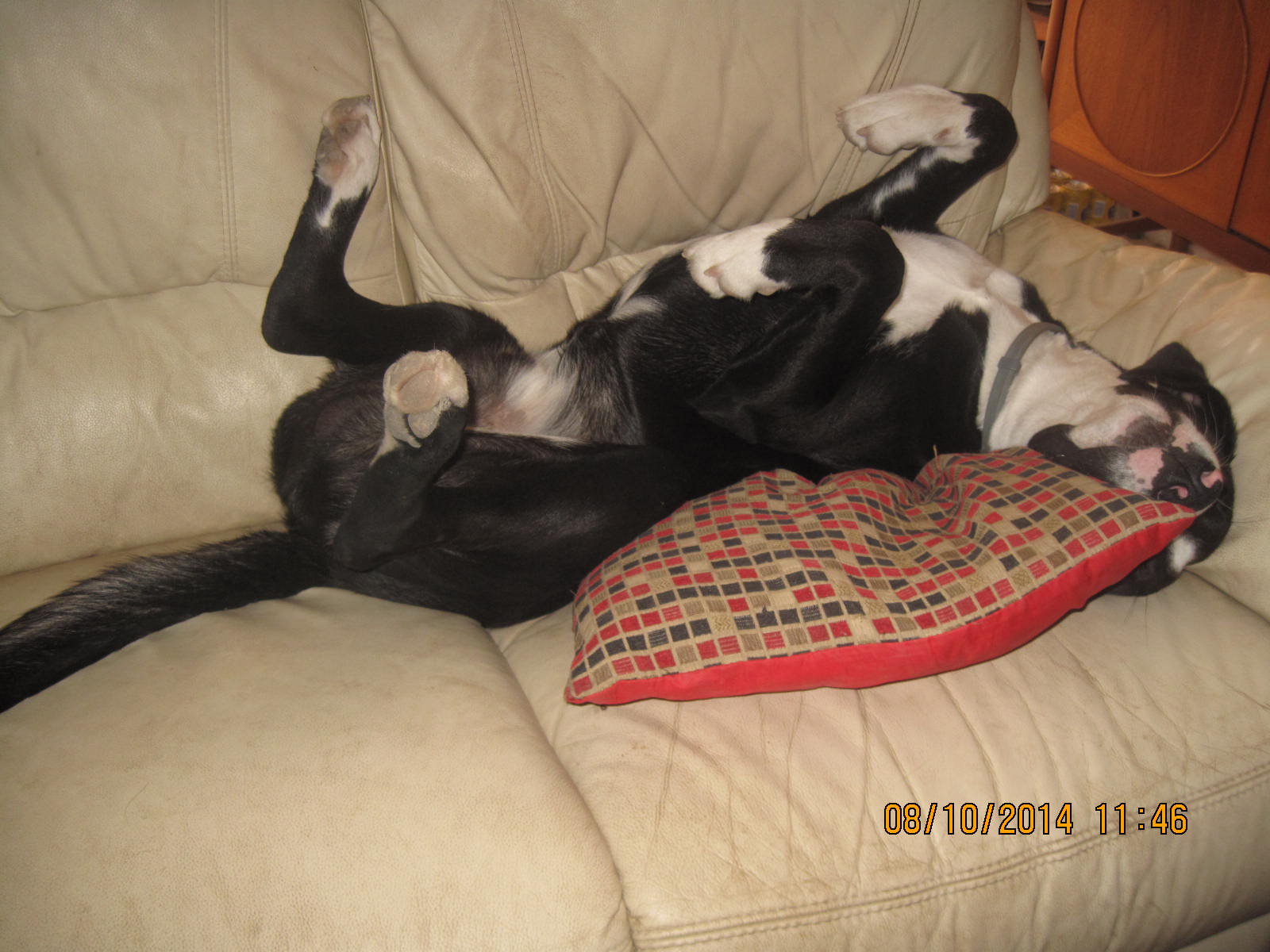 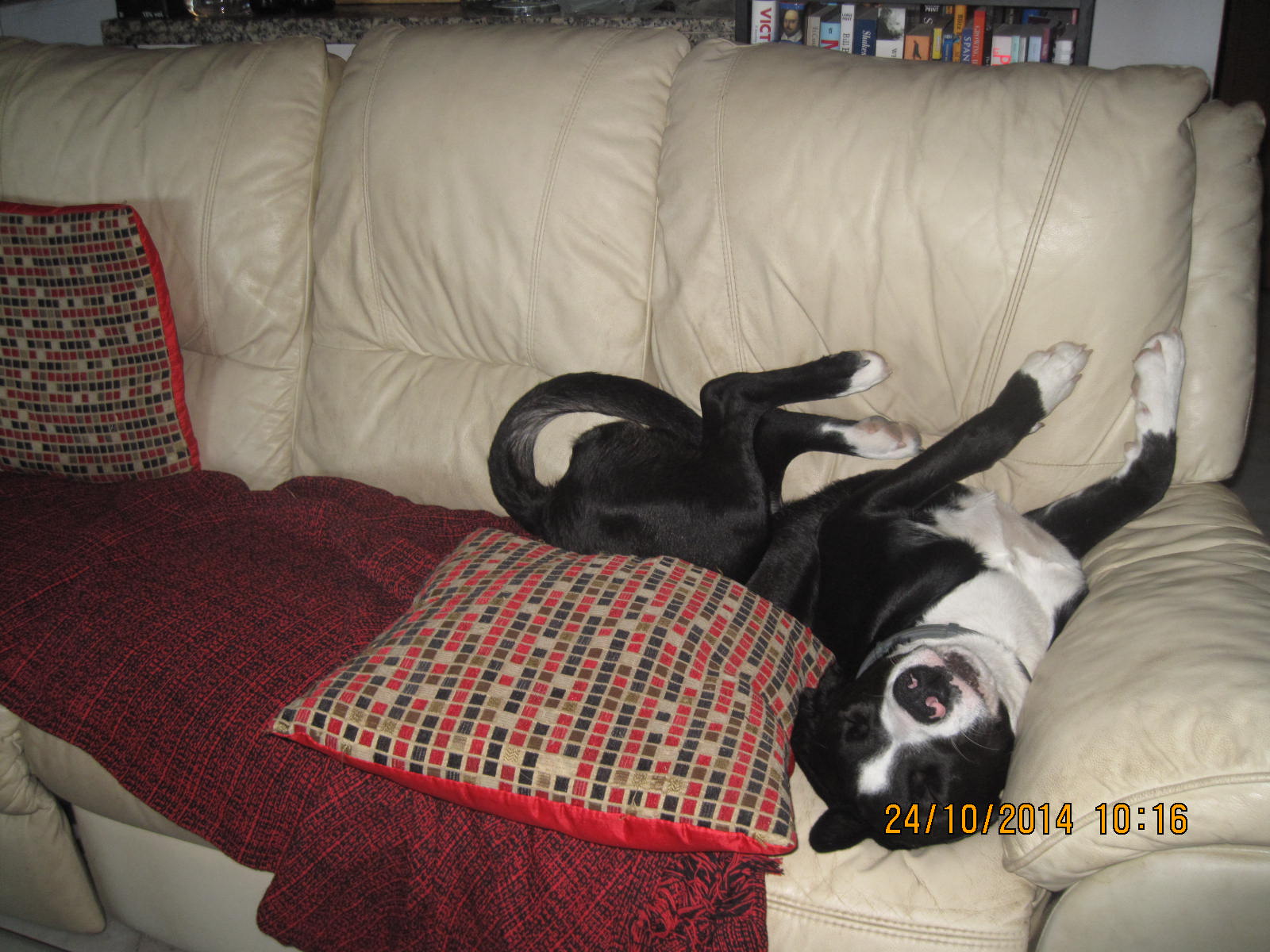 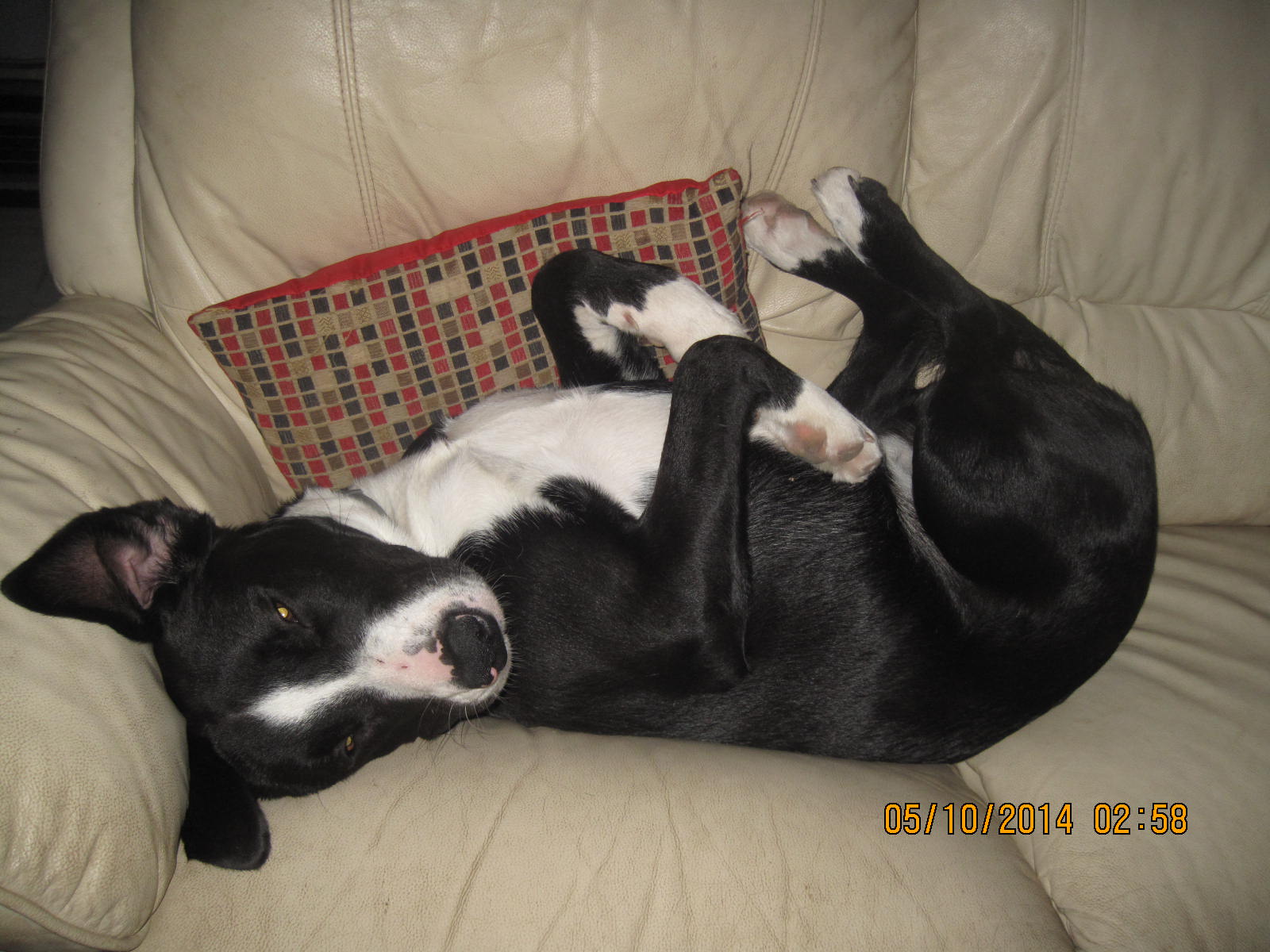 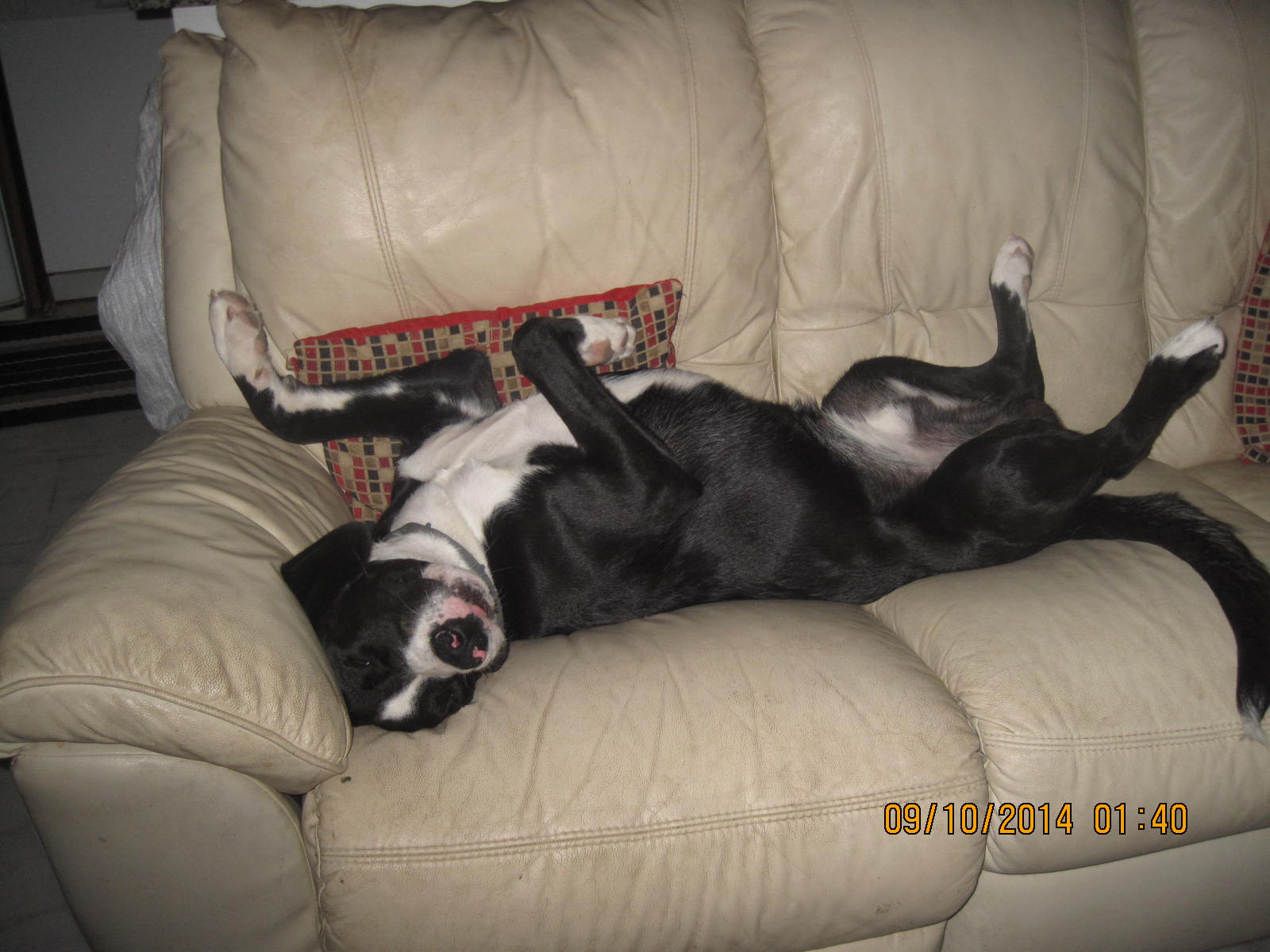 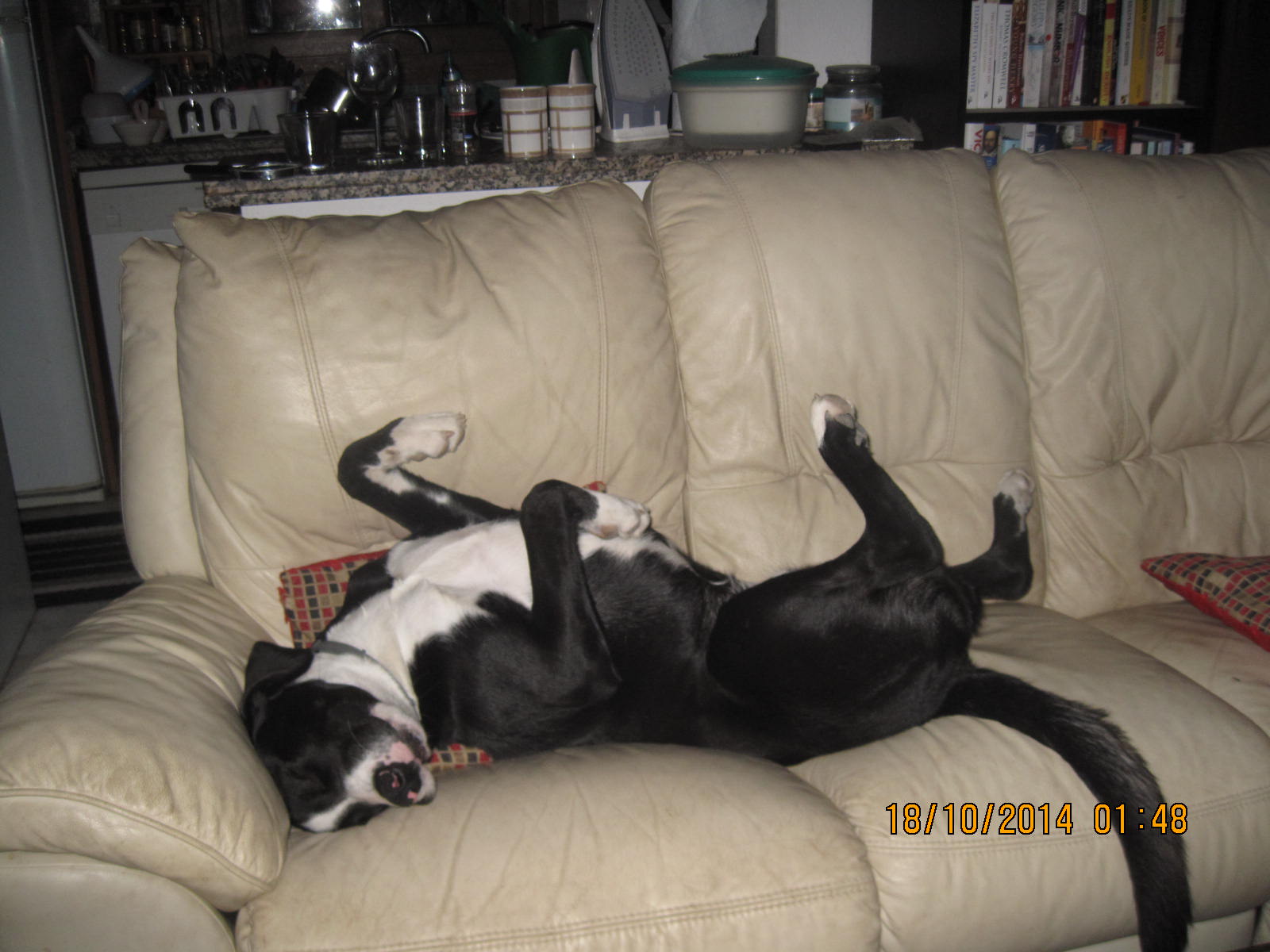 One thing that never ceases to amaze me is the number of contortions Paddy can perform in  his sleep. Most of them look so uncomfortable you wonder how he can possibly sleep like that. More than once he’s fallen off the sofa or a chair, landing on the marble floor or the tiles on the terrace, often on his head with a hard thump. Makes me wonder if there might be some truth in the old saying that where there’s no sense there’s no feeling, because it never seems to bother him. On the other hand, he does seem to be a very intelligent dog, so maybe he’s just a hard headed boy.

I’ve taken to keeping the camera with me at all times, so I can catch his sleeping positions at any time of the day or night. These days, he’s not camera shy, like he was when he first came to us. by the time you’d lined up the shot, he’d moved out of the frame, usually to come and investigate the wrist strap dangling enticingly from the camera.

Now, he’s a seasoned poser, and whenever I subject our friends to a slide show of the latest Paddy pics – which is pretty much every time anyone calls around – he likes to sit on one of the terrace chairs and admire the latest collection. I haven’t actually counted the number of photos of Paddy we’ve taken in the 7 months since we brought him home, but it’s probably into four figures now.

So, enjoy the slideshow, and maybe let me know which one is your favourite. I’m pretty spoiled for choice, but I think I’d have to say the one where he has his paws over his face. On a ‘Aw cute’ scale of 1 – 10, that one has to be an 11!