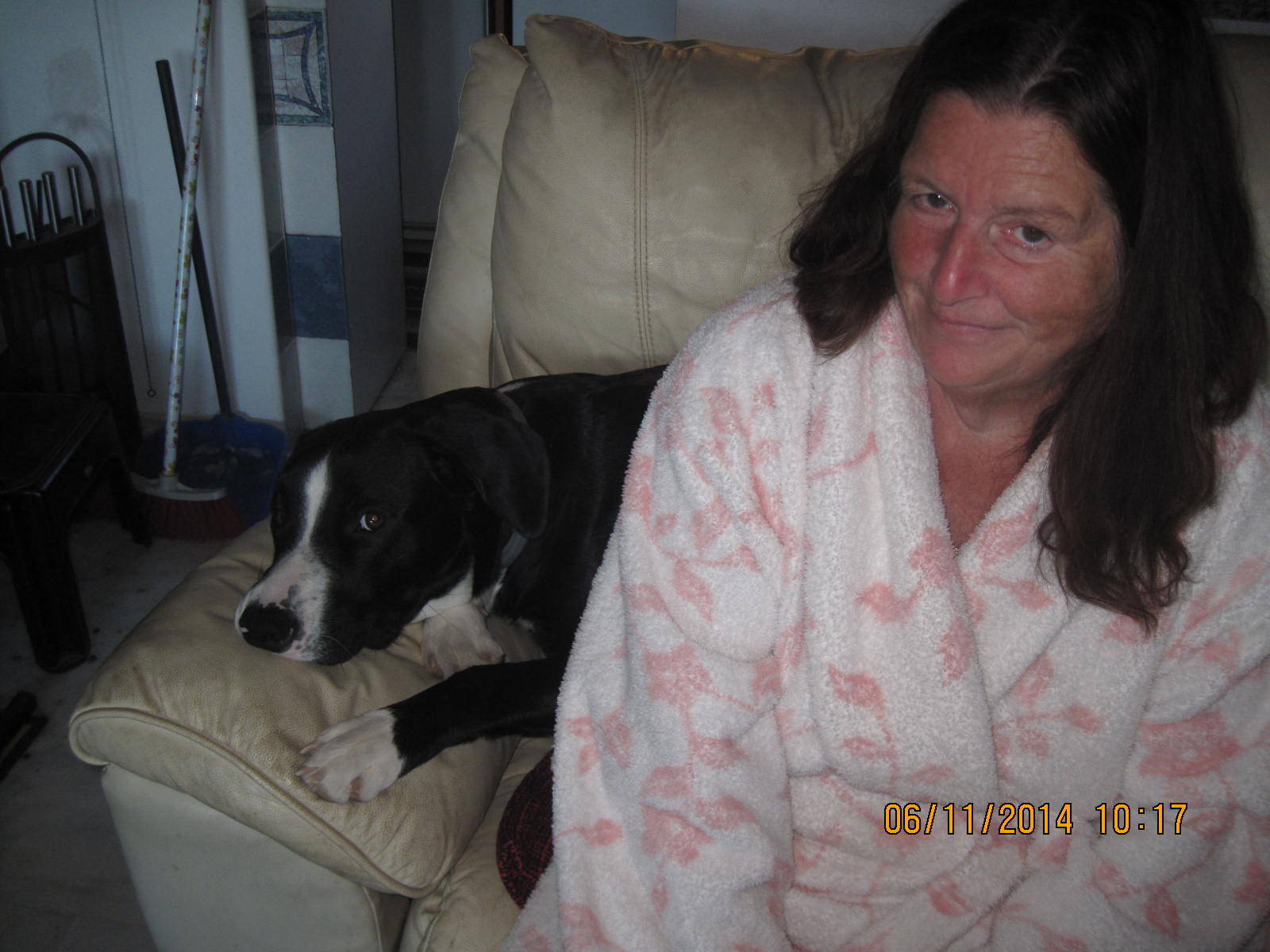 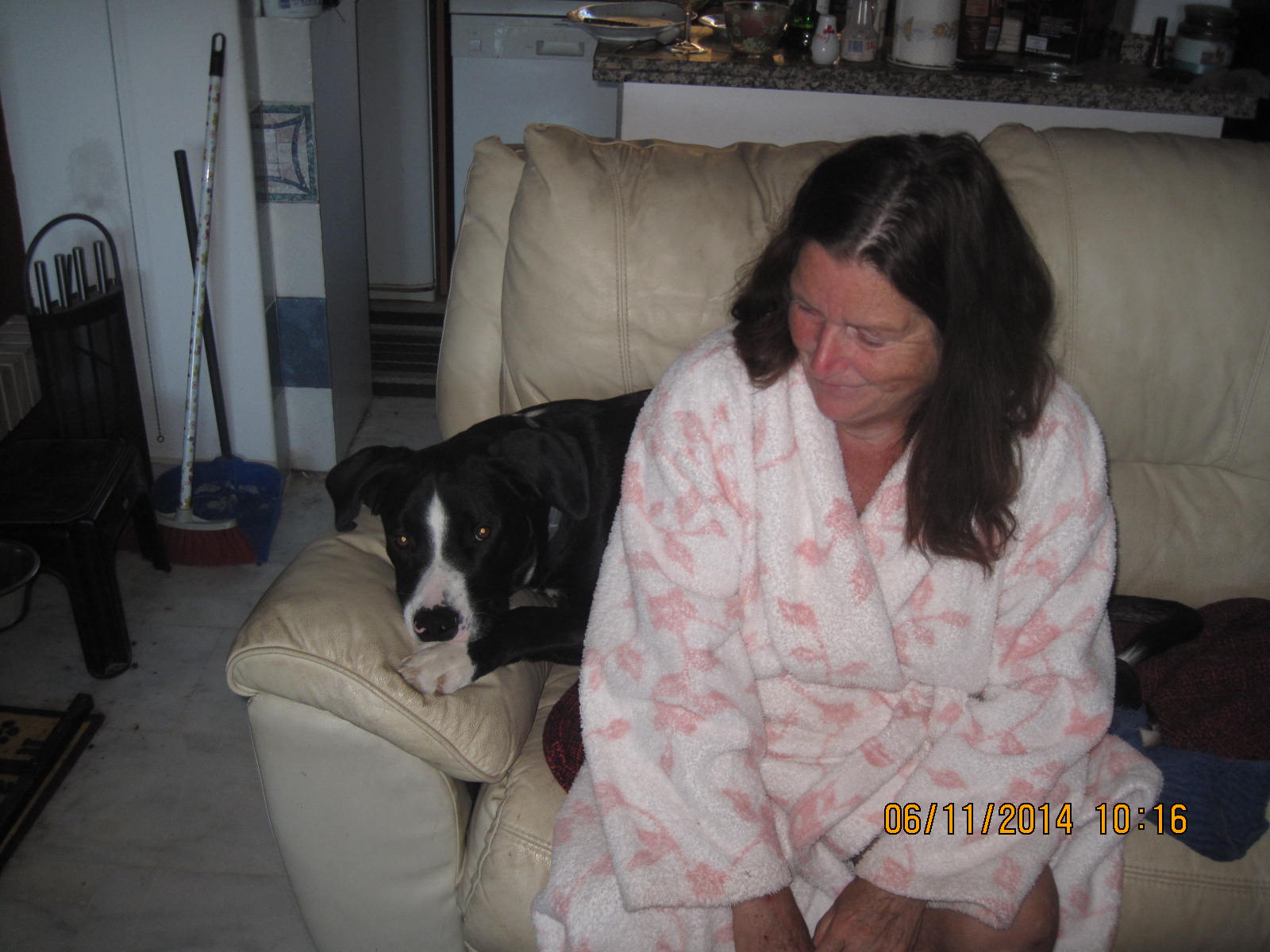 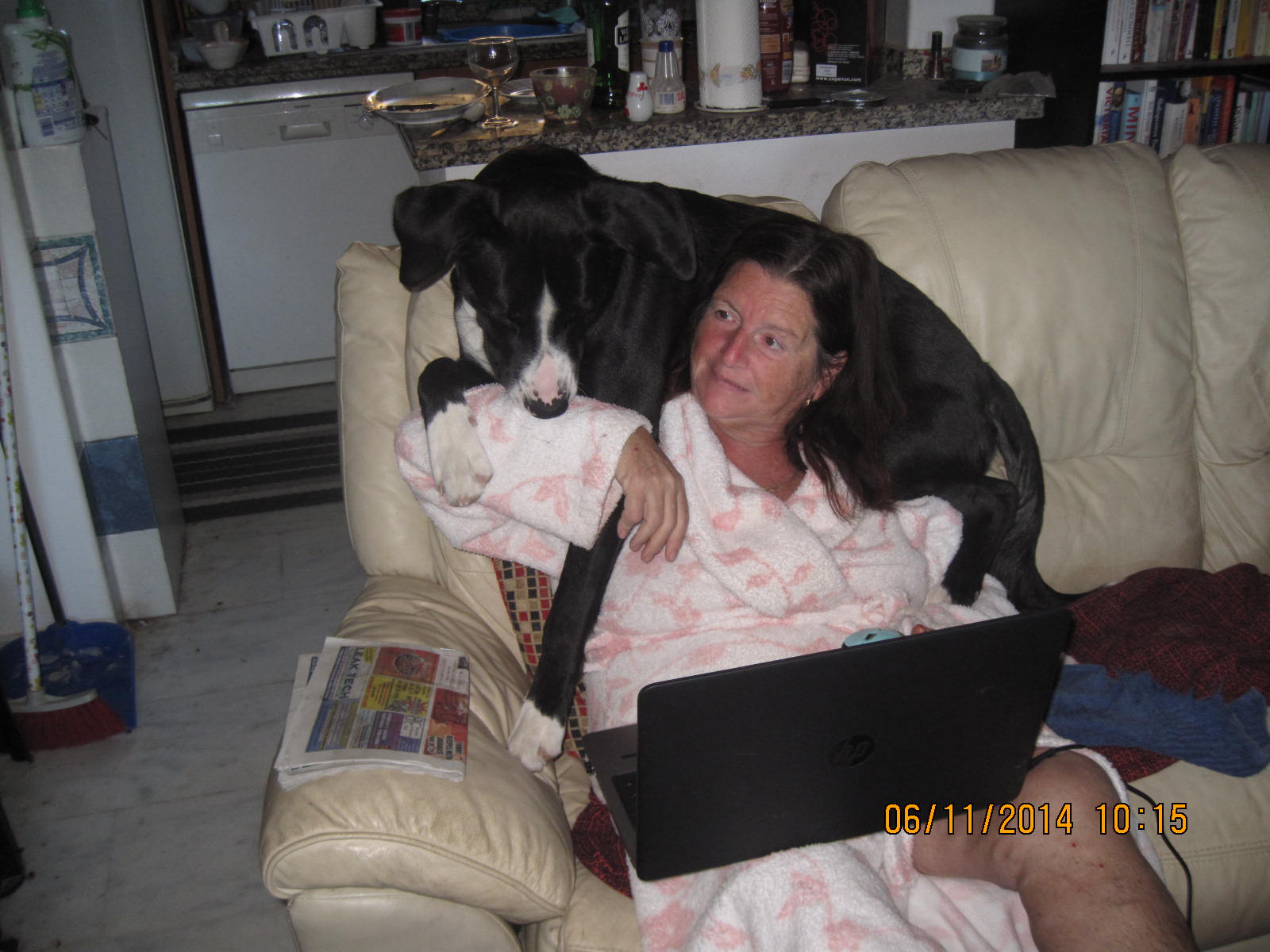 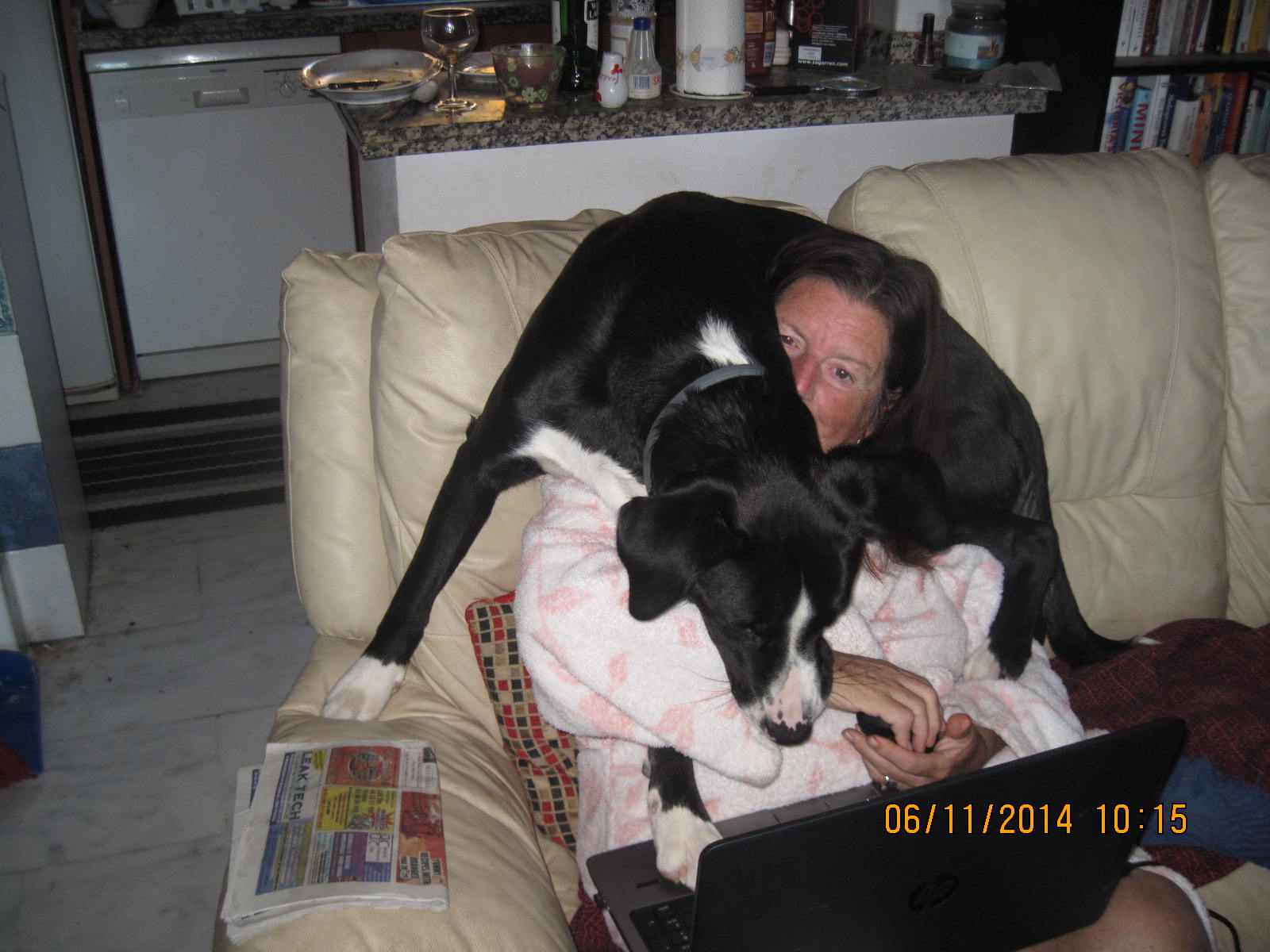 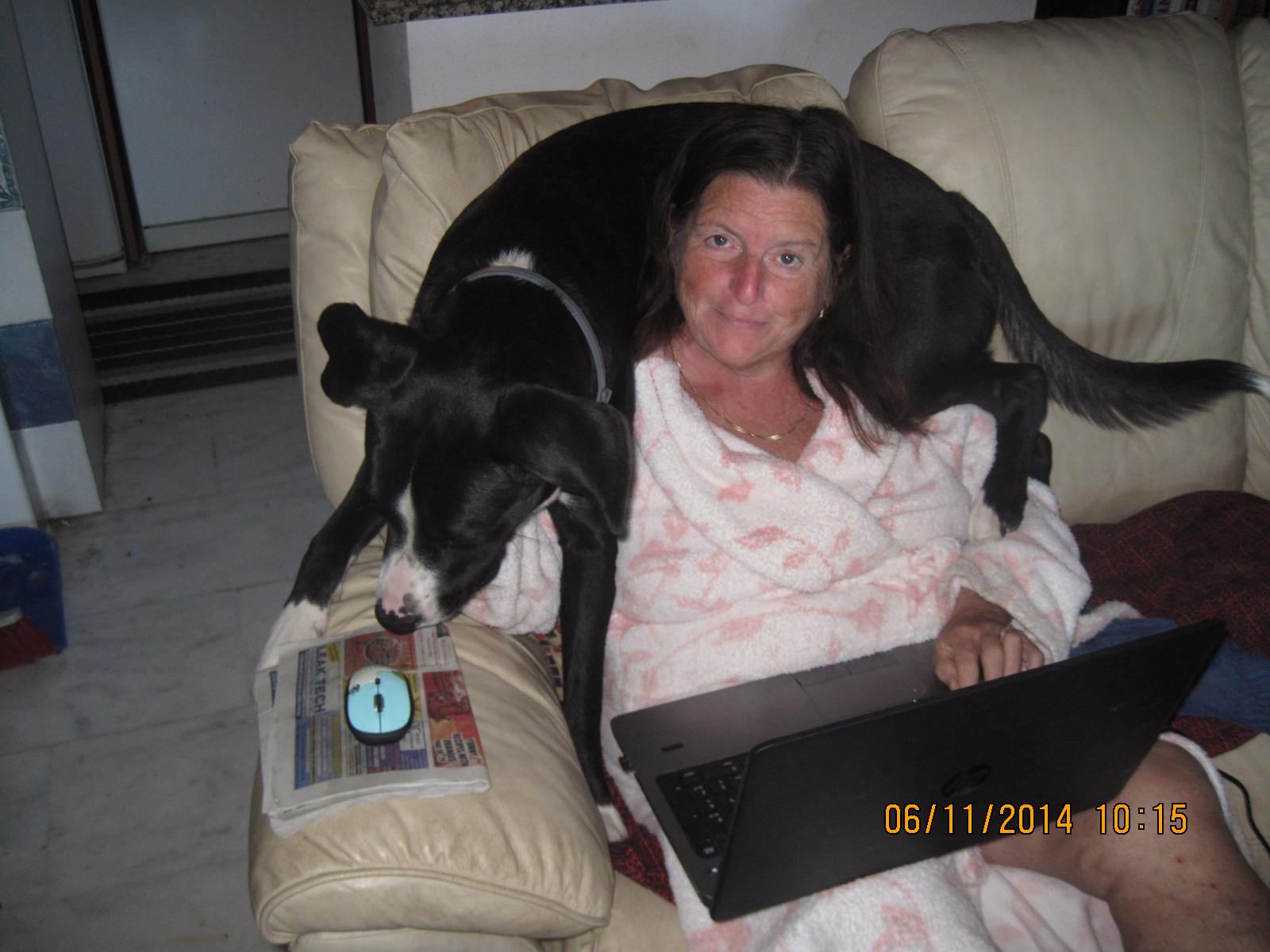 Here  at Piddock Place, there is an atmosphere of disruption and disarray, and nobody is feeling the effects of that more than the celebrity of the household, Paddy. He’s becoming something of a social media star, and the fame seems to have gone to his head, because all of a sudden, he’s become a bit of a demanding diva. When he wants something he wants it NOW.

The reason for the disruption and disarray is partly Paddy’s fault. The grass in our garden – you can’t really call it a lawn – has always struggled to look nice, and mostly failed, despite the tender ministrations of our gardener Sam and Tony. When 30 kilos of puppy is doing The Wall of Death  around the palm tree, fig tree and olive tree at 90 miles an hour, even the most verdant lawn is going to suffer, so our miserable  patch of stubble didn’t stand a chance against those thundering paws. As a consequence,  we’ve decided to do away with the grass, and go for pebbles and a patio, and we’ve got the builders in this week.

That means the garden is totally off limits to Paddy, and it also means Mummy has to take him for at least four walks a day to give him ample opportunity to do the necessary. Luckily he seems to have a bladder the size of Murcia, or I’d never get settled for long enough to do anything. He is very aggrieved that he is not allowed in ‘his’ garden, and he shows his displeasure by finding ever more ‘in your face’ ways to tell me he needs to ‘go.’

His last constitutional is just before I go to bed, and as I’m a night owl, that’s some time between 1.00 and 2.00 am. Just as an aside, I would never dream of going out alone at that time, even with a dog for protection, in the UK, but I feel perfectly safe here. Anyway, because his last pit stop is so late, he’s not eager to empty the tank in the morning. That suits me just fine, because I need at least two mugs of tea before I can function at the most basic level. However, last night Nature called Paddy sooner rather than later, so he was in Crossed Leg Mode this morning.

Well, I did my best, I really did. I told him that once I’d had my first mug of tea, we’d go, but that wasn’t good enough for my boy, who gave me his own version of ‘Do you know who I am?’ by impersonating a parrot and climbing on my shoulders. A 30 kilo parrot on the shoulder of a 70 kilo writer is not a comfortable or practical option, so I gave in gracefully and left my tea to go cold so Paddy could do what he needed to do. Luckily – or maybe not – Tony was around to capture it all on camera. Enjoy!