Paddy is a year old! 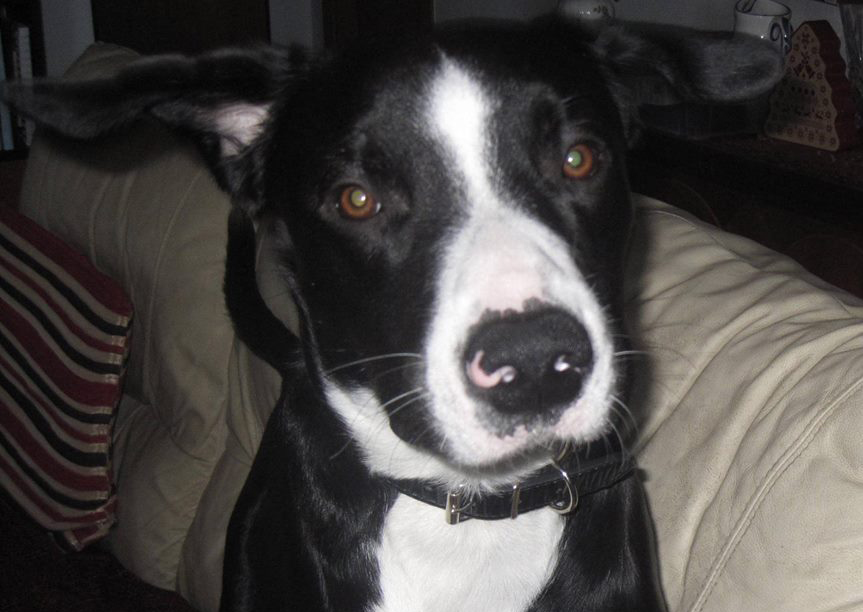 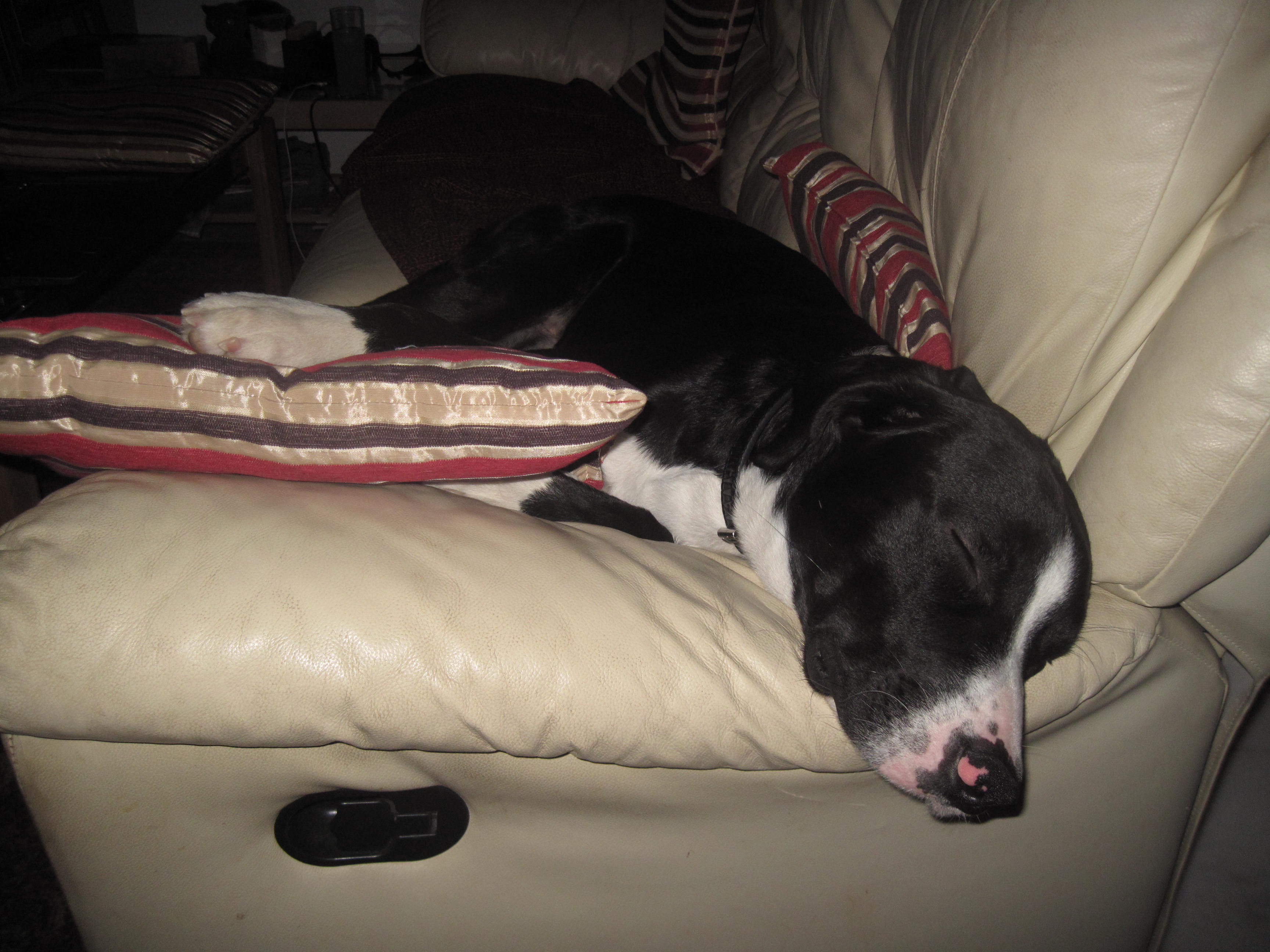 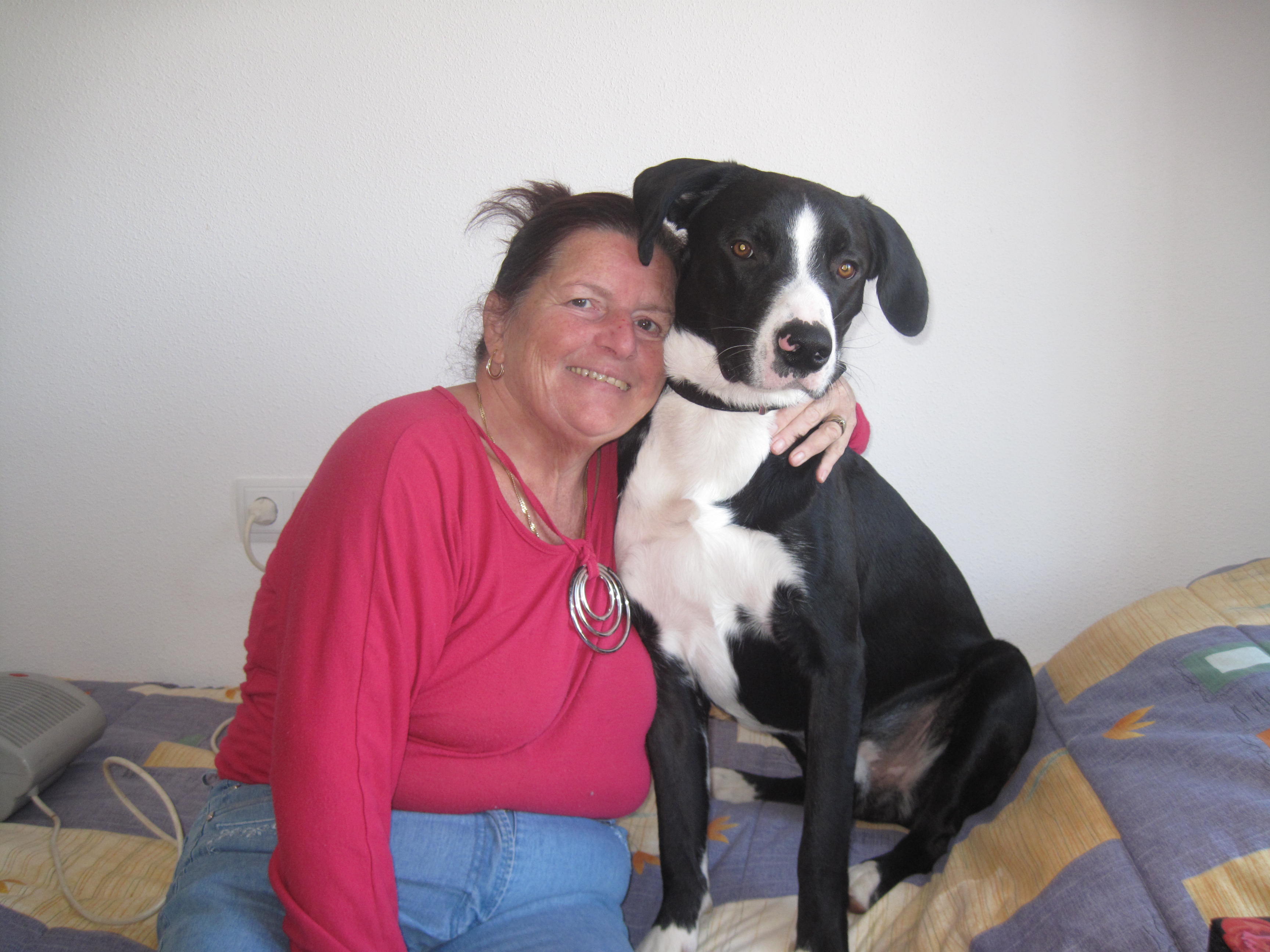 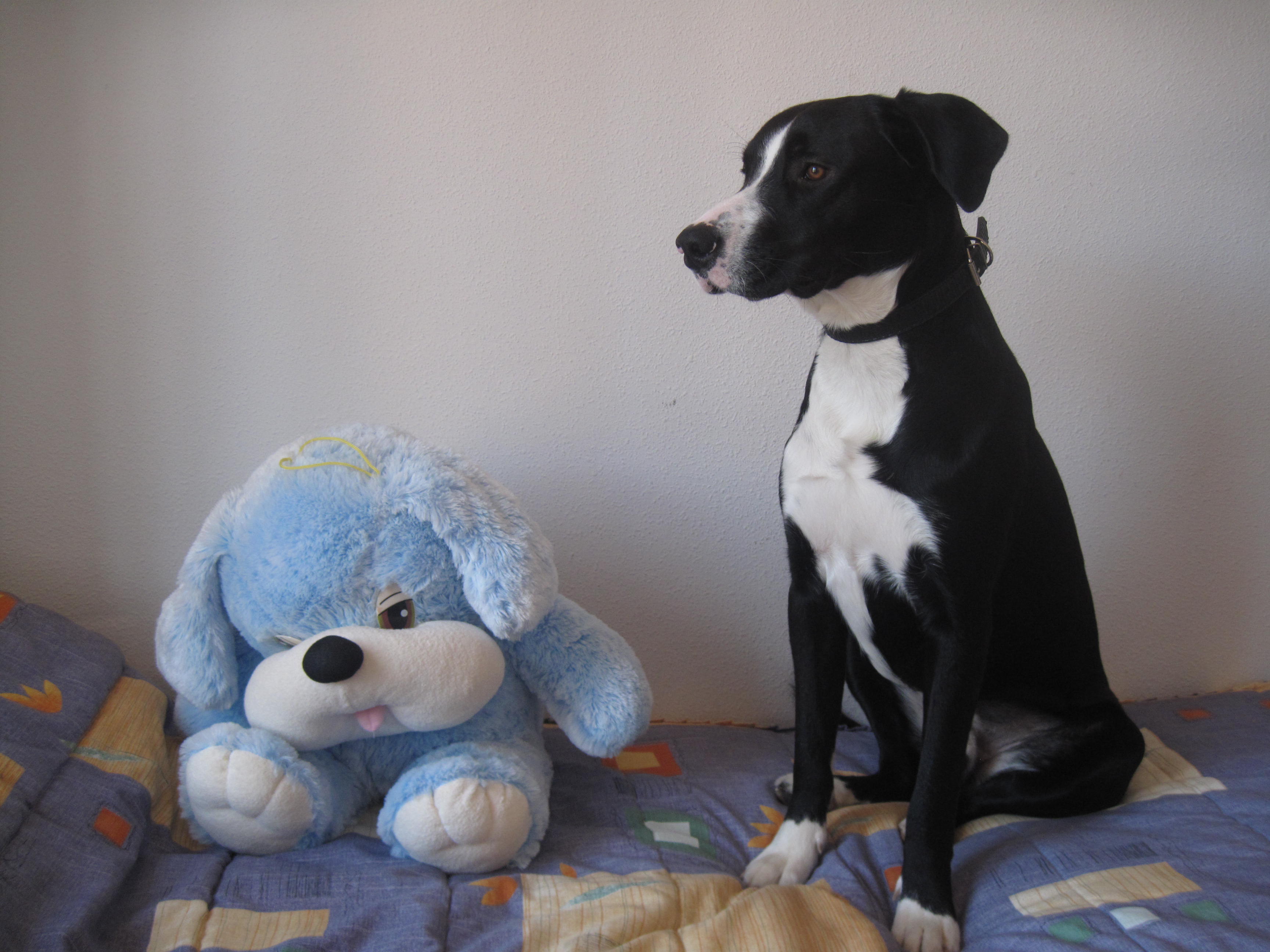 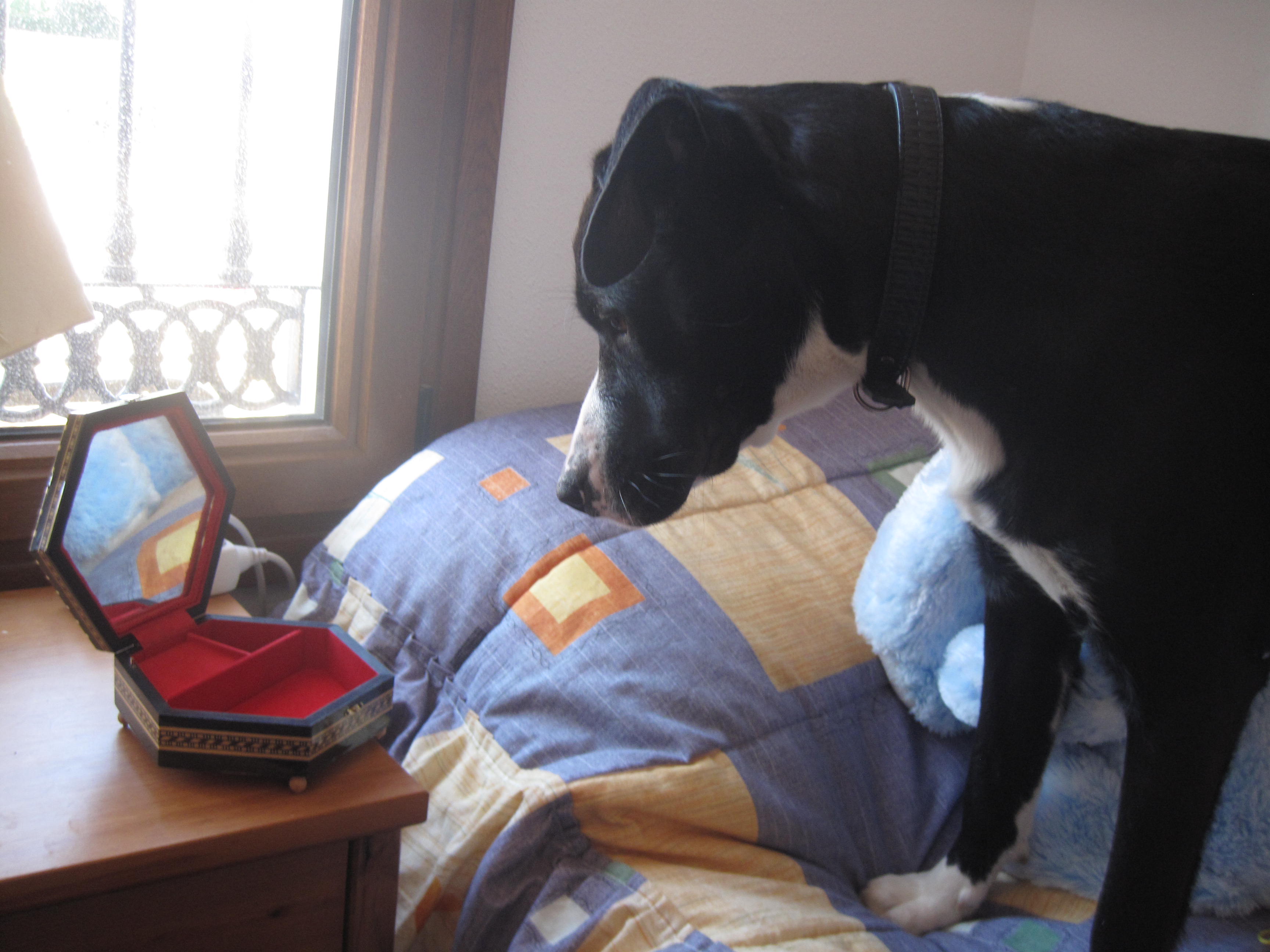 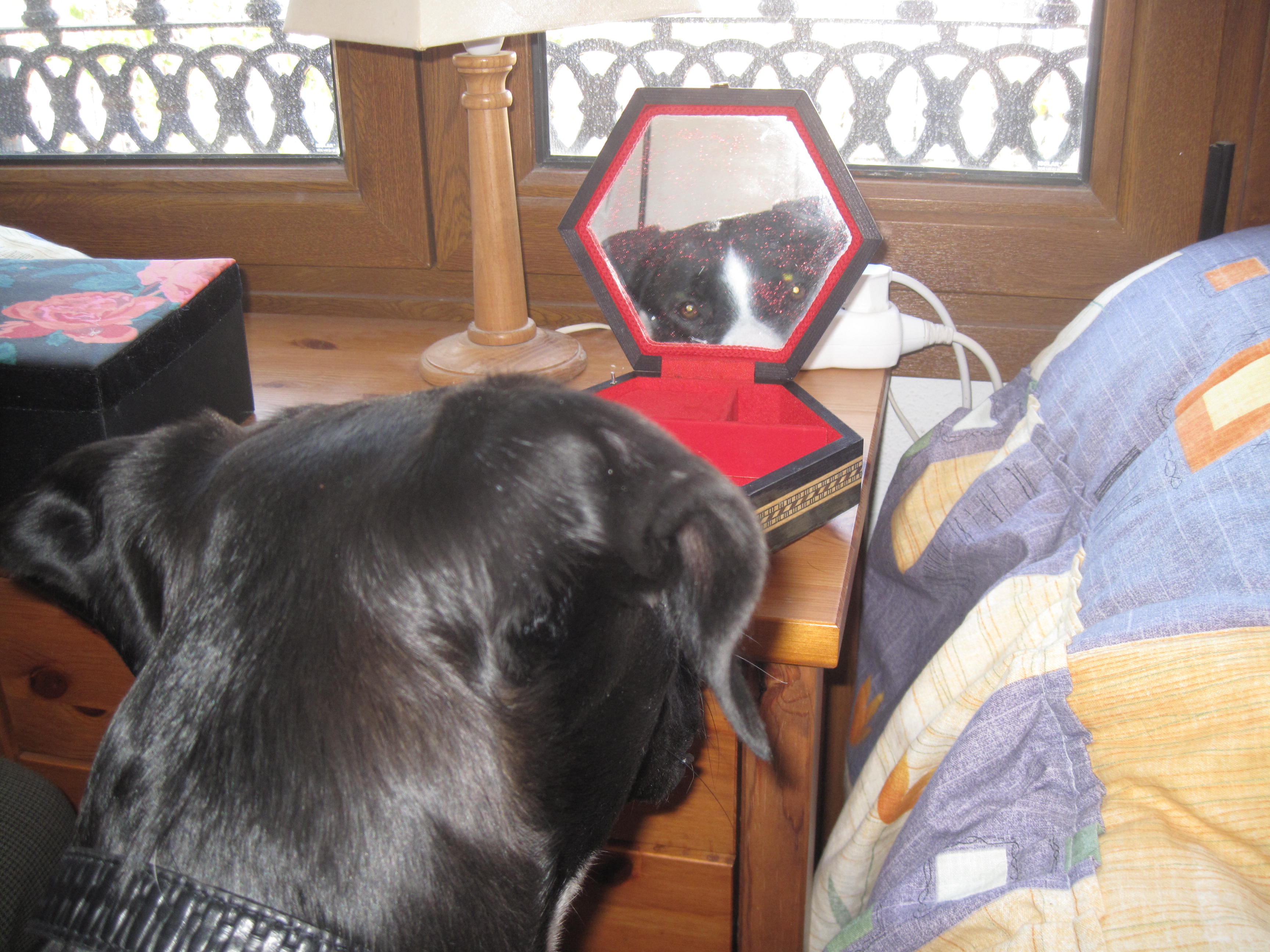 Our beautiful rescue dog Paddy is a year old now. Well, we think he is – it says 15 January on his Pet Passport, so he must be! Because Paddy was abandoned by the canal when he was around 6 weeks old, we can’t be sure of his exact birthday, but our lovely vet Madeleine worked it out to 15 January, so that’s now his designated birthday, and as he hasn’t told us any different, we celebrated yesterday.

He has a lovely new leather collar – black, so he’s all colour co-ordinated – and although he didn’t get a birthday cake, we did get a ham hock, so he’s had the bone out of that. Much healthier for him, and I’m sure he enjoyed it more than a gooey cake.

Paddy is so much a part of our lives that it’s difficut to imagine that we’ve only had him for just over 10 months – we got him on St Patrick’s Day 2014. There have been plenty of laughs, as well as a few tantrums – both from him and his Mummy and Daddy. He can be a stubborn little sod when he doesn’t get his own way, and as we are determined he’s not going to be leader of the pack, that happens quite often.

And he can be a total embarrassment at times – like the time he pulled my chair over at the dog training class when he took off after another dog who had just had a go at him. I was hanging onto his lead, and he was sitting behind my flimsy plastic chair, so neither me nor the chair stood a chance when 25 kilos of angry puppy was on a mission. It was a real ‘legs in the air’ job, and I was so relieved that, just before training, I’d changed from skirt to shorts because I didn’t have any pockets in the skirt for treats.

Mostly though, he’s a total joy, and today we had to smile – yet again – at his antics. I was getting the spare bedroom ready for our visitors, who are arriving at the weekend, and of course, Paddy was ‘helping.’

To make the room look  a bit more Spanish, I put in the musical jewellery box I bought from the Alhambra Palace in Granada. It plays – you guessed it – Granada, and Tony wound it up to see what Paddy would do. What he did was look at himself in the mirror on the box, then watch, fascinated, to see where the music was coming from, tilting his head this way and that. When it wound down, Tony closed the lid, and Paddy immediately tried to open it again to get the music back. We had to rewind it three times before something outside caught his attention and he forgot about it.

Of course, all the most popular media stars issue a set of photographs on their birthday, and Paddy is no exception. I hope you enjoy the slideshow of pictures we took today – particularly the official birthday portrait. I think that’s my new favourite!

Happy Birthday Paddy, and thanks for choosing us to be your Mummy and Daddy. Here’s to the next year together!