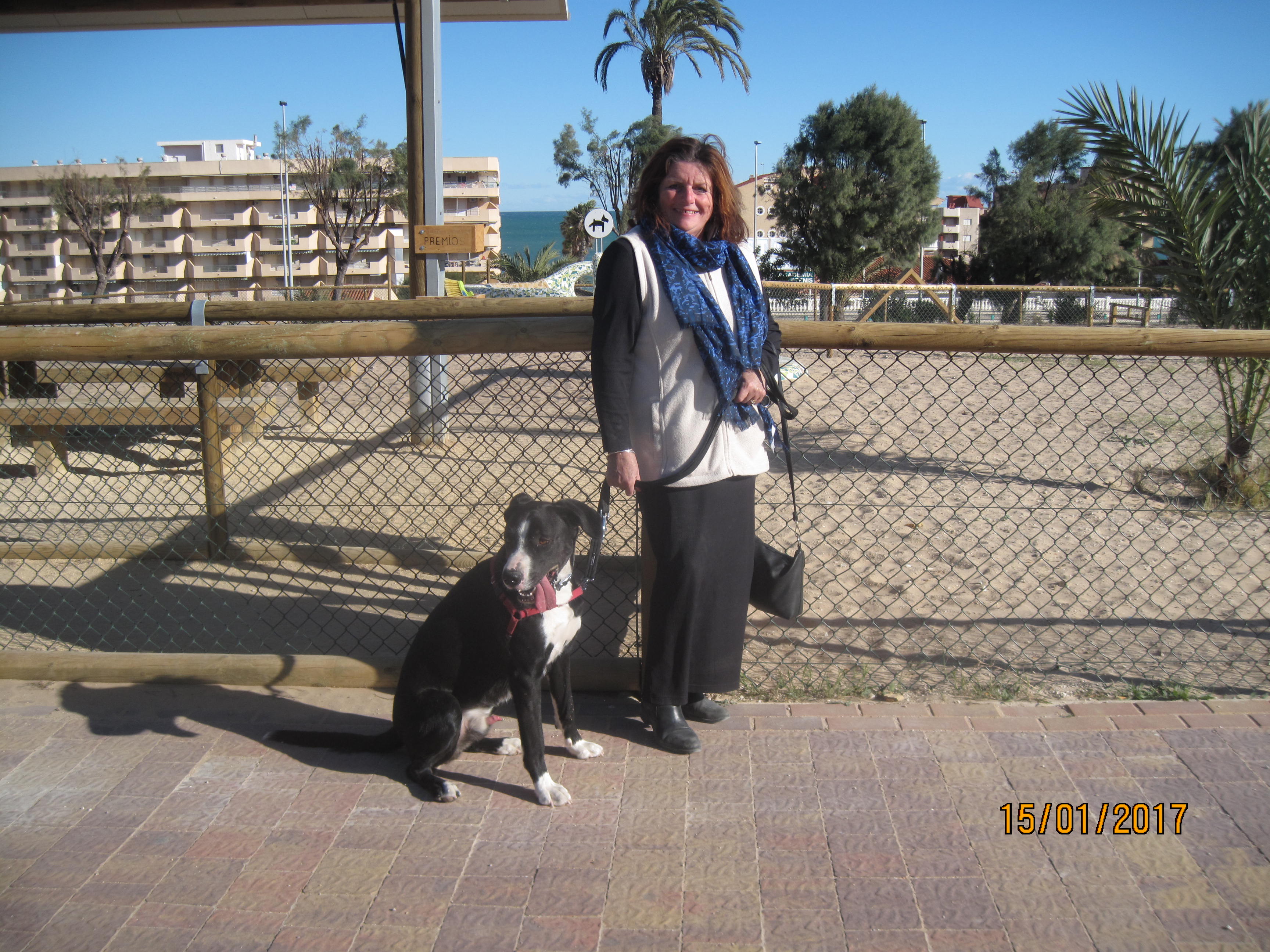 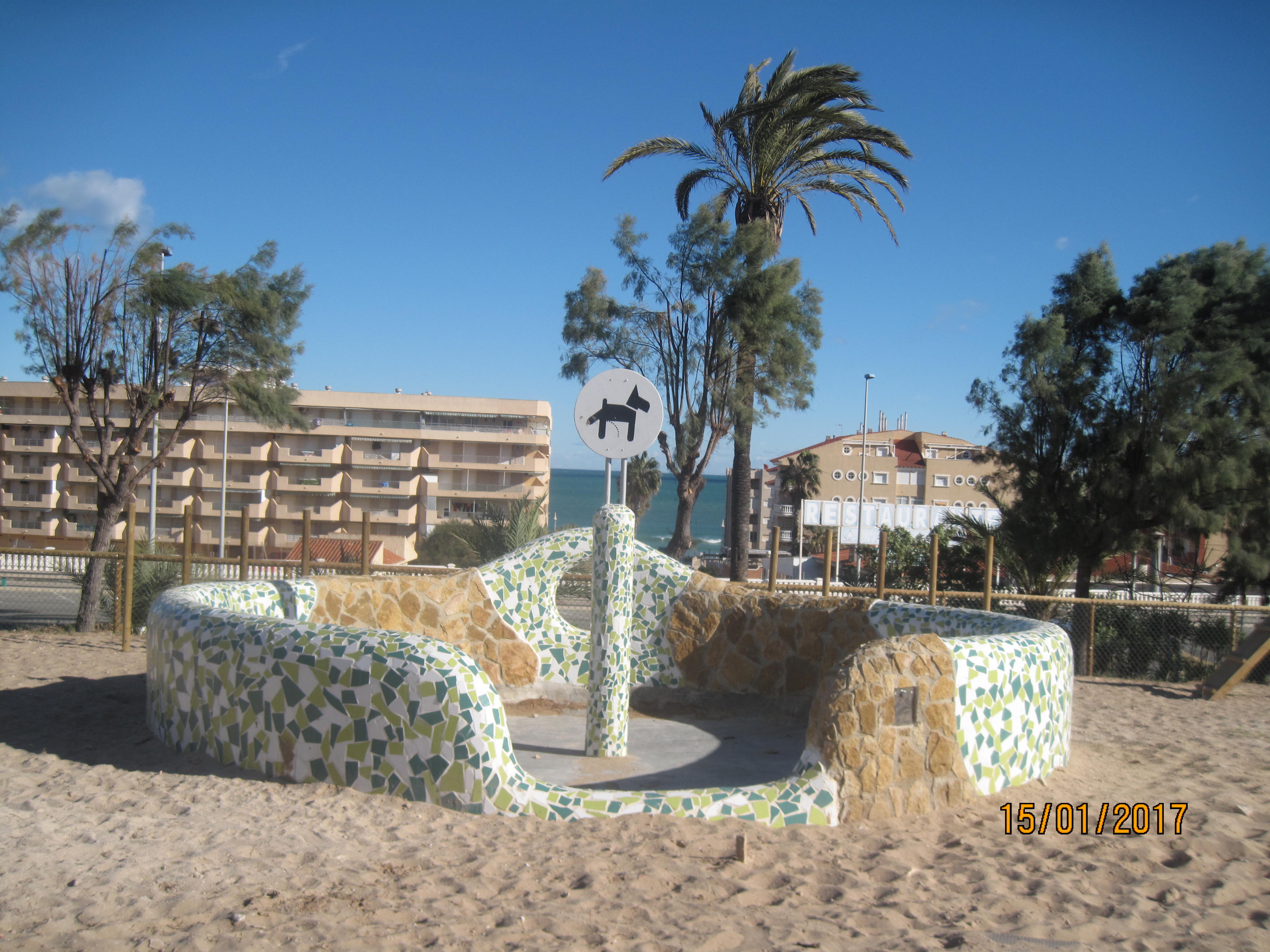 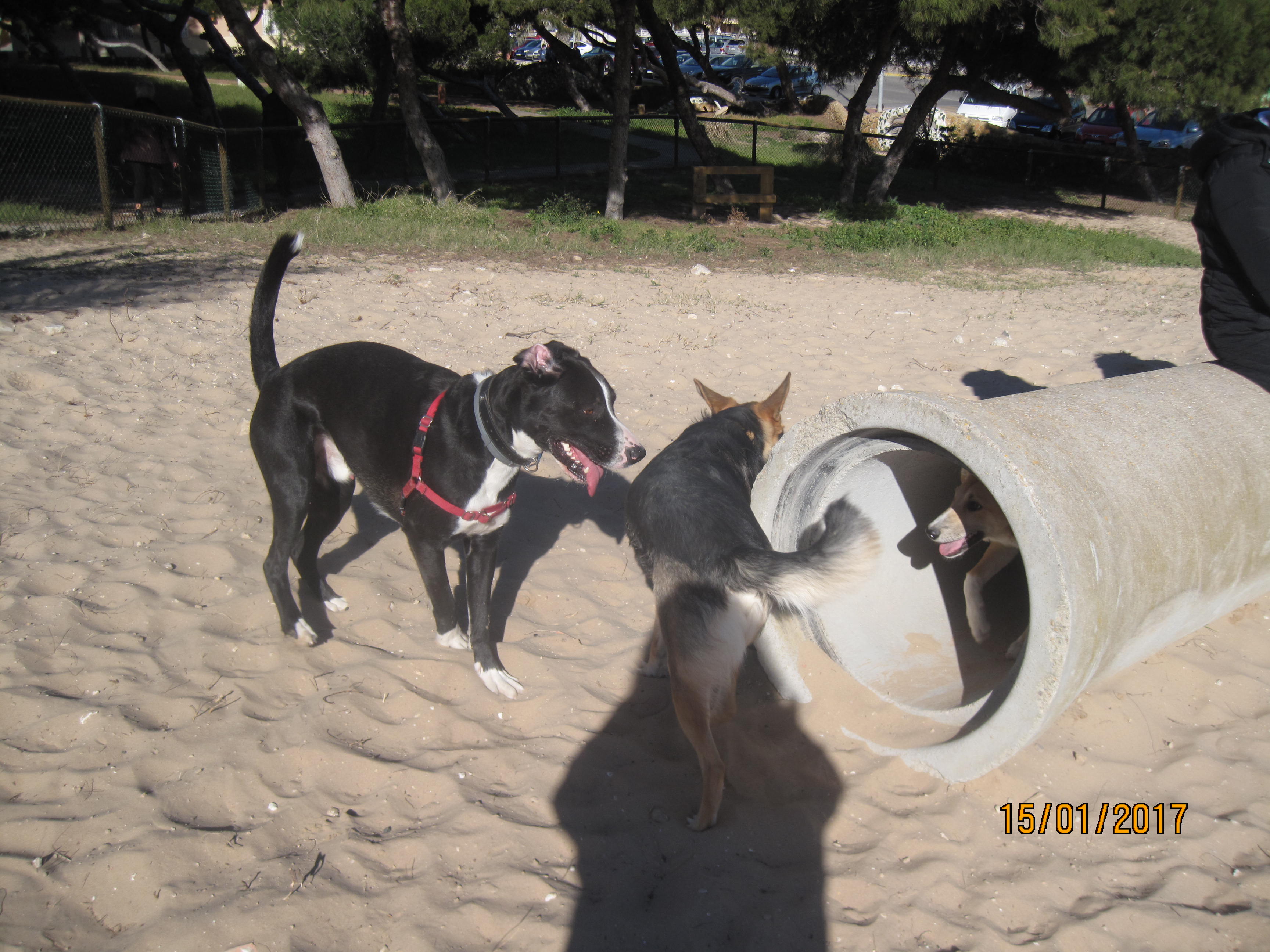 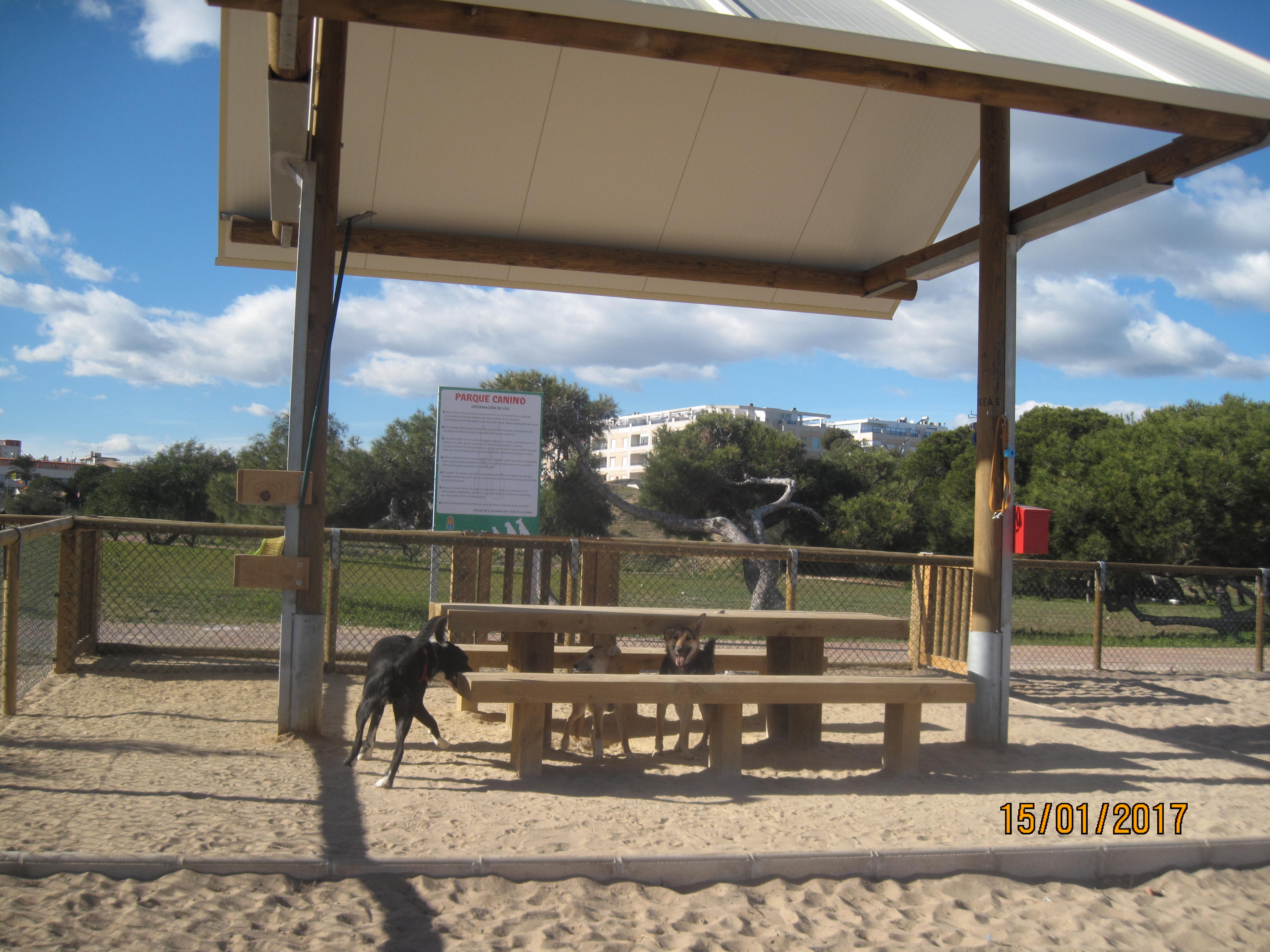 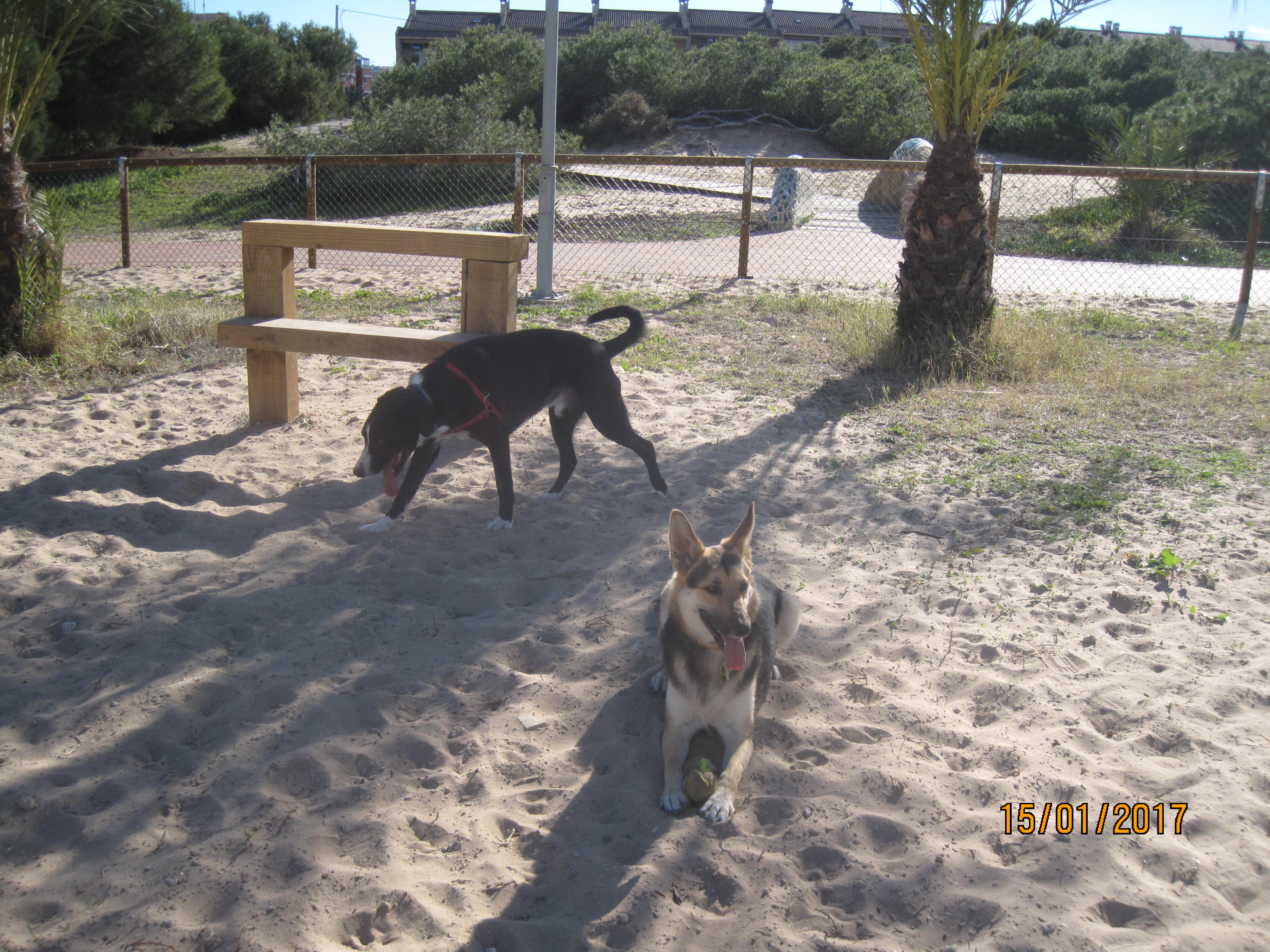 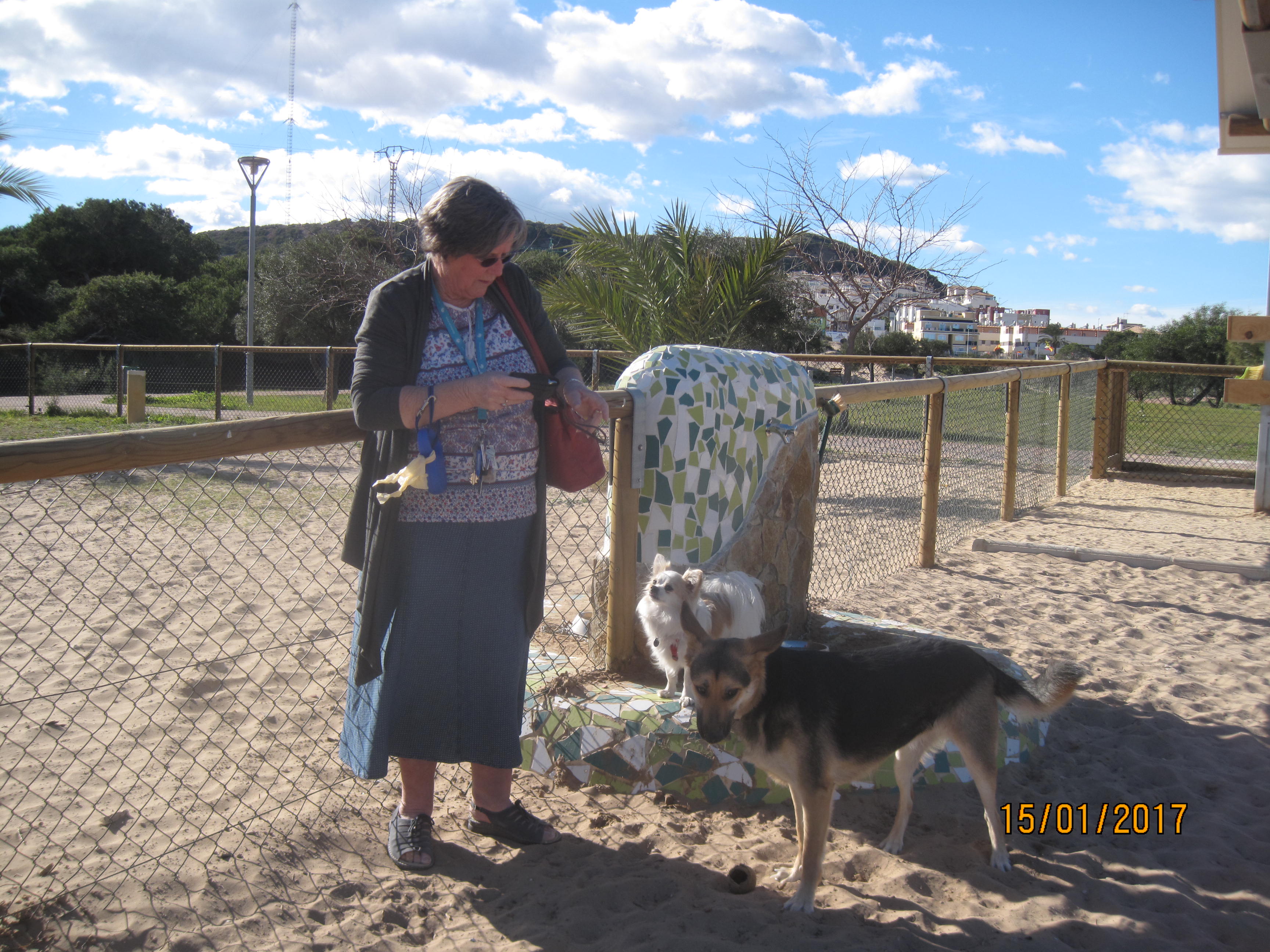 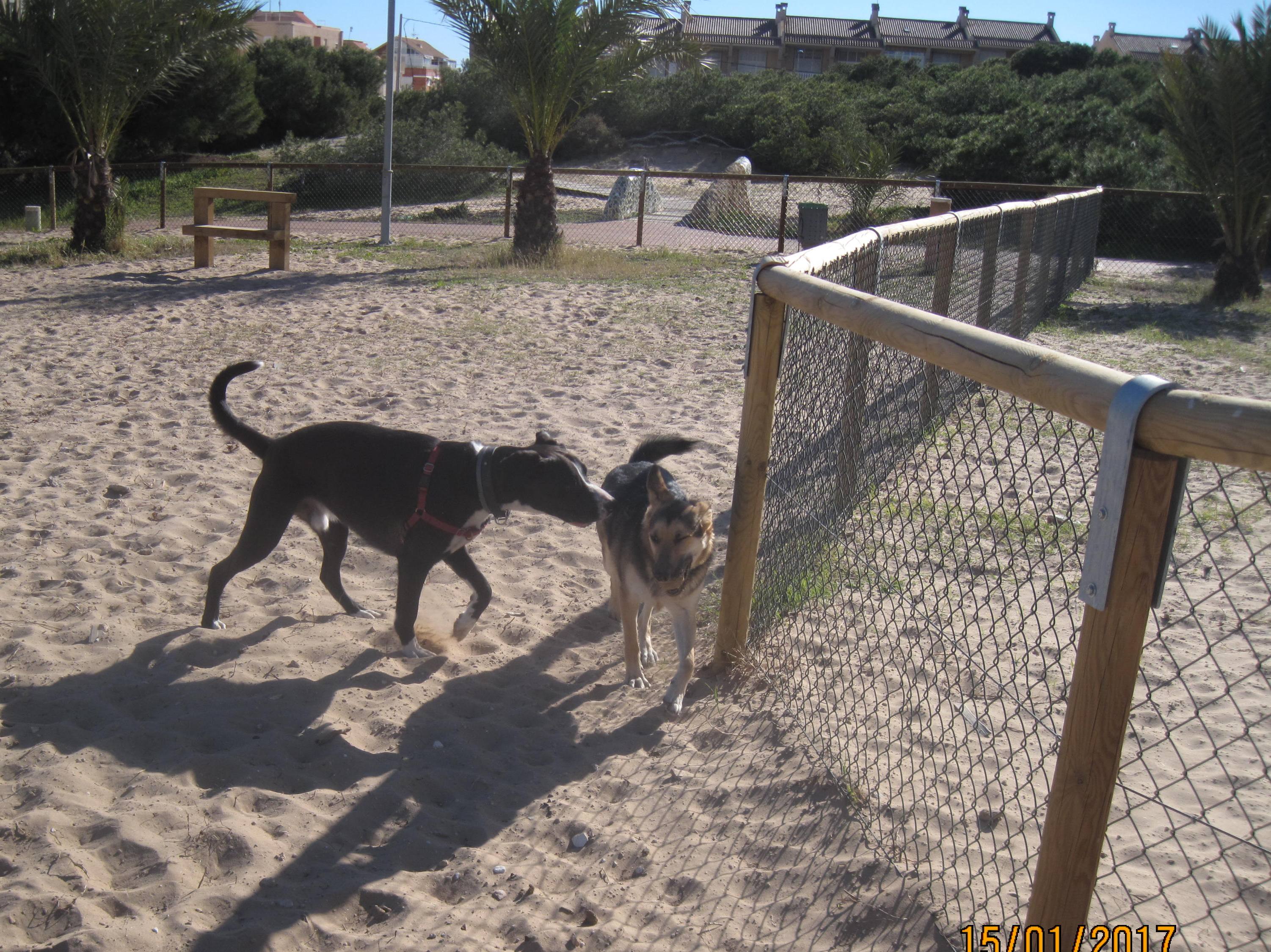 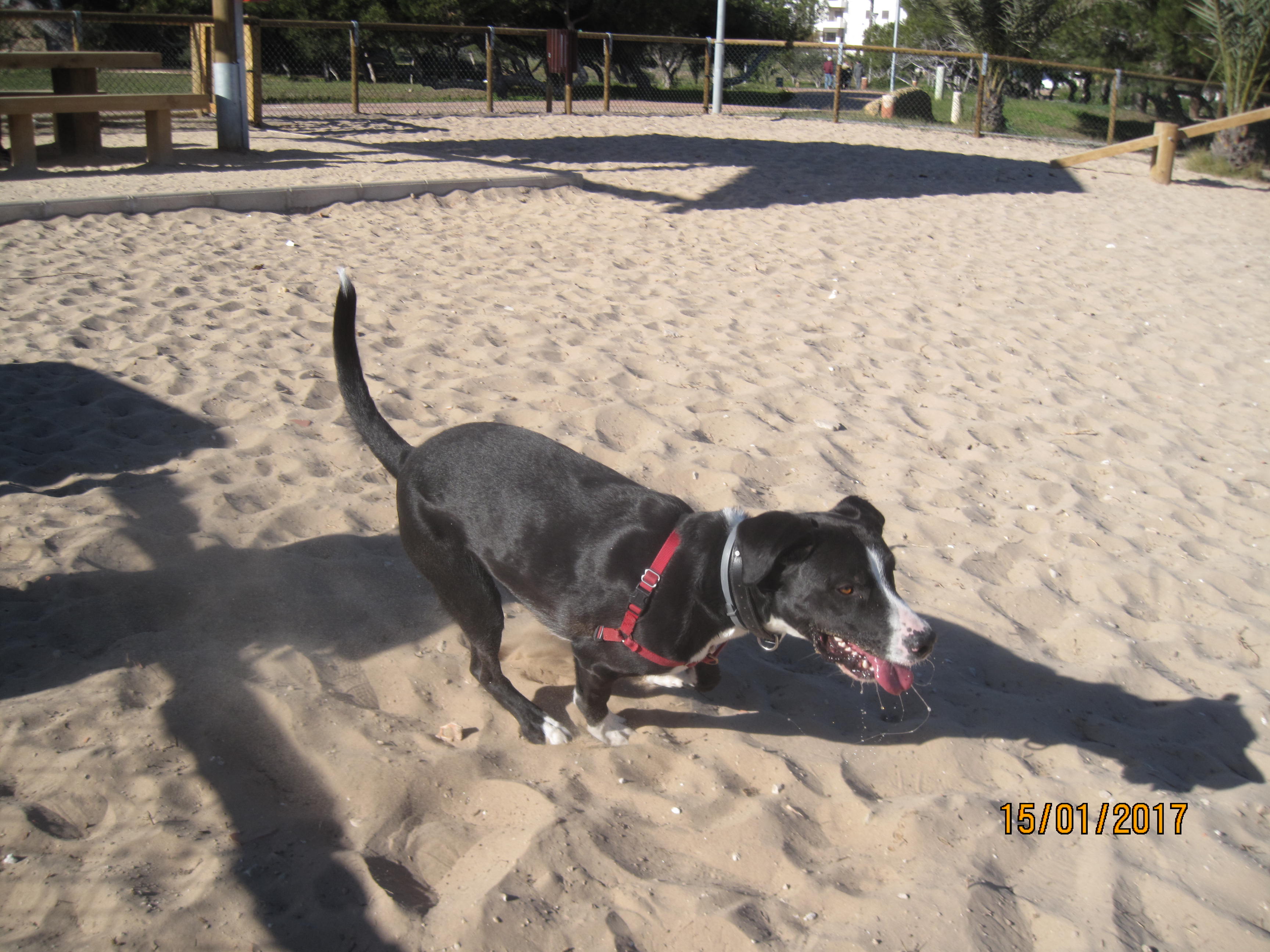 Paddy has been a constant source of love and laughter, tears and frustration ever since he erupted into our lives on March 17, 2014.  Because he was abandoned as a puppy by the canal at La Marina – for which read probably thrown in – we don’t really know when he was born. However, for the purposes of the Pet Passport, our lovely vet Madeleine fixed his birthday as 15 January. Paddy is three years old!

I have to say Paddy is the happiest dog I’ve ever come across. He’s also the  bounciest and the most boisterous dog I’ve ever come across, and he has a real sense of occasion. Obviously, he doesn’t know what a birthday is, but he does know when something is different. When we let him into our bedroom for his usual morning cuddle yesterday, we sang ‘Happy Birthday’ to him, and his tail did a very good impression of a helicoptor rotor. It was so good, I thought he was about to take off, so I held him down firmly but gently. Once he’d calmed down, I asked if he wanted his birthday presents – cue bouncing off the walls again. Bit of an over reaction for a string ball and a squeaky bulldog, but hey, the boy has good manners, and he knows how to show appreciation.

The highlight of the day was a carefully guarded secret. My friend Ian has been saying for a while that I should bring Paddy to the new doggy play park in Guardamar. Life has got in the way, but we decided his birthday was an ideal opportunity to introduce Paddy to the delights of the doggy park – and Ricca, Ian’s 15 month old German Shepherd cross. As Gizmo is still here bossing Paddy around, he came along too, with Glenys.  If you’re not sure where it is, it’s along Avenida Cevantes, near the China Town restaurant. Look for the distinctive green and white mosaic tiled walls with holes in them, and walk along until you see the fenced off area.

Paddy had great fun climbing in and out of the holes in the wall on the way, even though they are not part of the doggy park. He’s like a big kid really – has to walk on walls, climb steps, look over gates and fences and investigate holes. By the time we got to the entrance to the dog park, he was very excited and very vocal, and one or two nervous owners gathered up their precious bundles of fur. However, all Paddy wanted to do was play, and thankfully most of those exercising their dogs realised that. He bounded up to Ricca and they introduced themselves, while Gizmo followed at a much more sedate pace, as befits a senior dog of three and a half years of age.

Clearly, it was love at first sight – at least for Ricca, who kept stealing kisses from Paddy. However, she insisted on ‘Ladies First’ when it came to chasing the balls and sticks that Ian kept throwing. If Paddy got a head start, she just refused to play! For over an hour, they had a great time, although they were rather dubious about the tunnel, venturing part way in and then backing out again. Gizmo was less than impressed with the see-saw. He ambled up it quite happily, but jumped off the moment it started sawing instead of seeing! Maybe next time they’ll appreciate the toys and activities the Ayuntamiento of Guardamar has so thoughtfully provided for their enjoyment.

In case your dog is nervous or aggressive, and you’ve decided the dog park isn’t for you, you’ll be pleased to hear that there is a section where timid and aggressive dogs can exercise on their own, without entering the main arena. There’s water on tap, and there’s even a pee post so dogs don’t sully the sand. Unfortunately, as even the most intelligent dogs can’t read, it’s not used as much as it could be!

The day’s treats were not over though – when we got home, Aunty June brought down a lamb steak for Paddy’s birthday tea. After such a terrible start to his life, it’s just one big party now for Paddy Piddock!