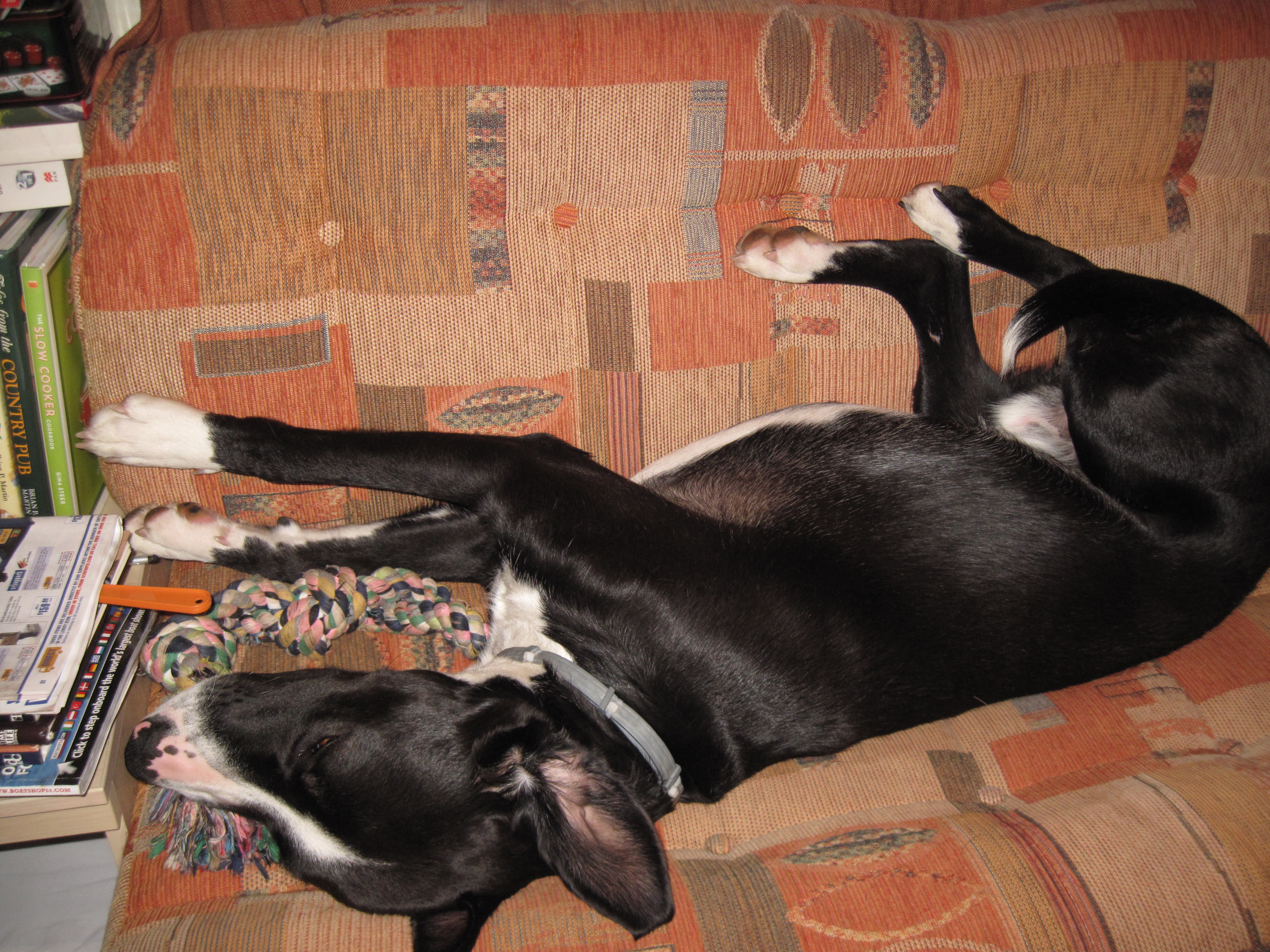 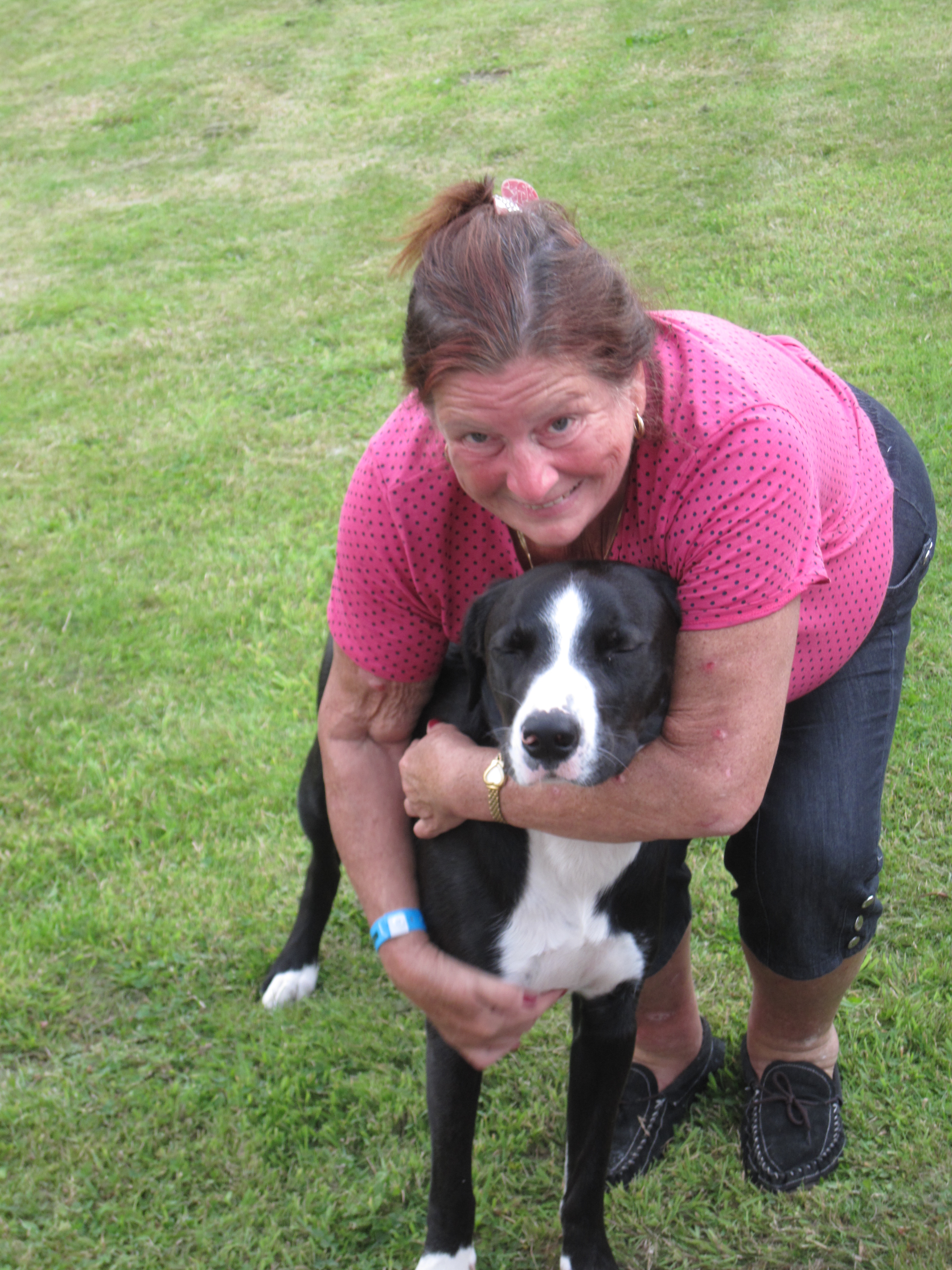 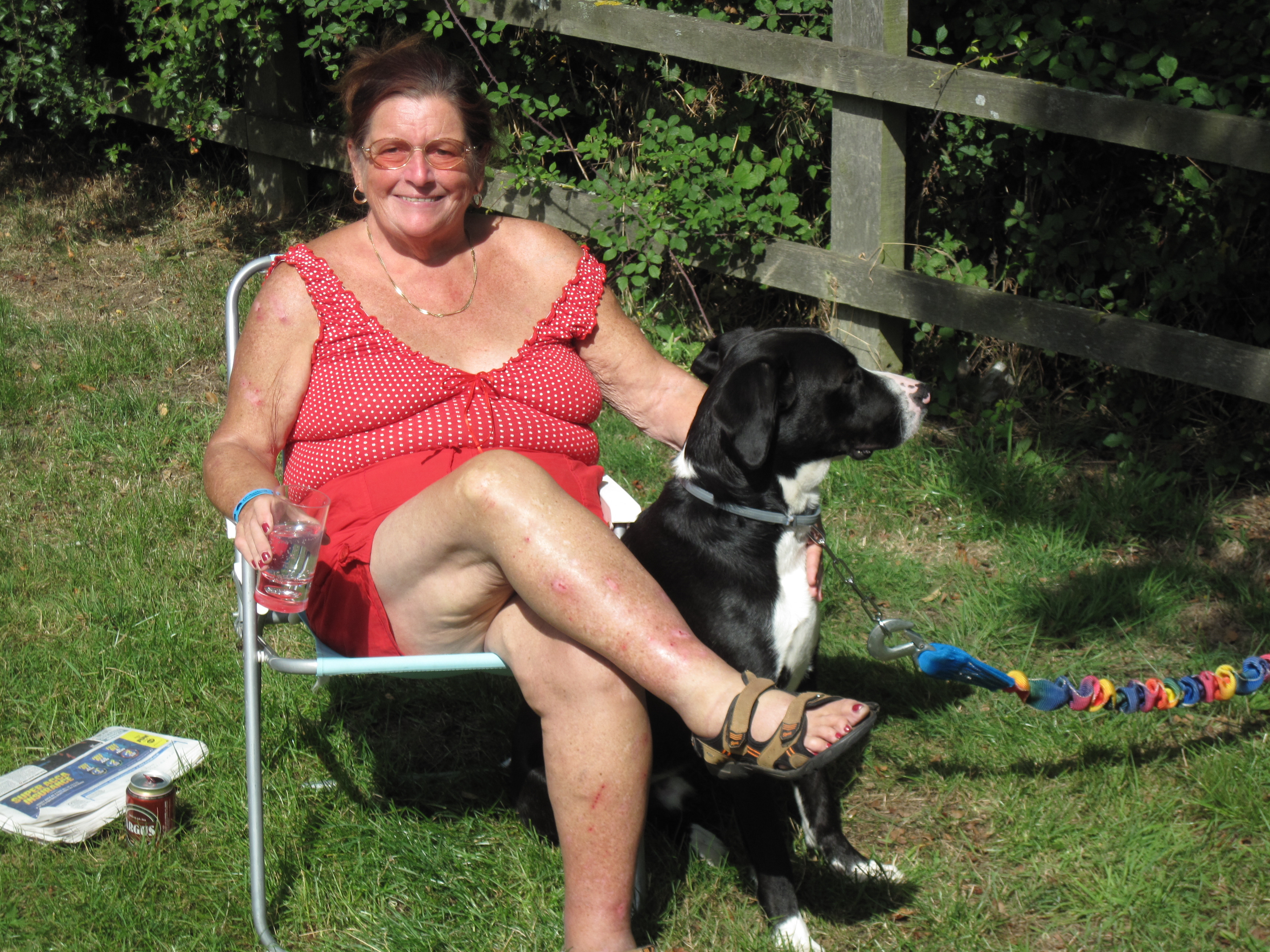 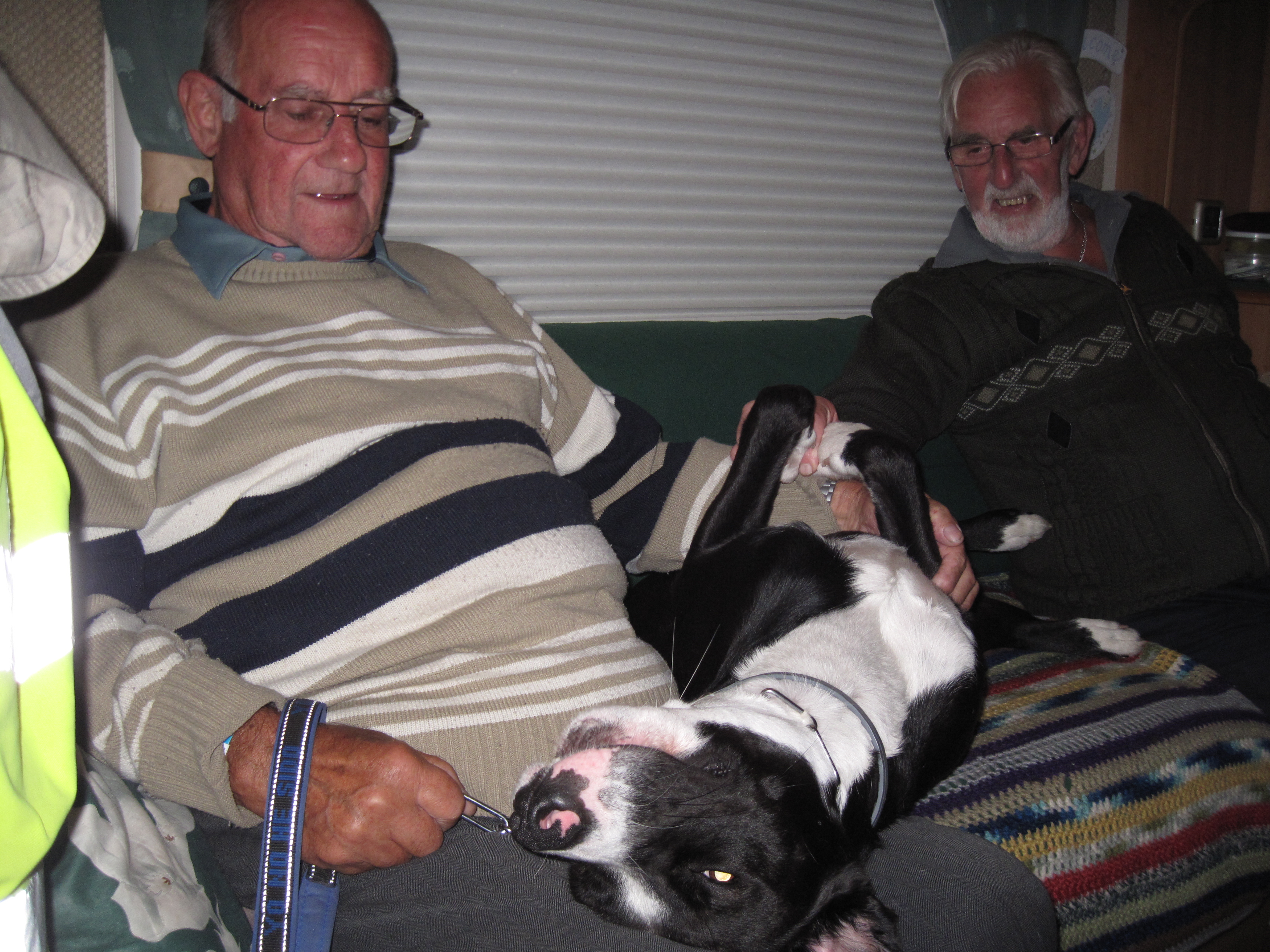 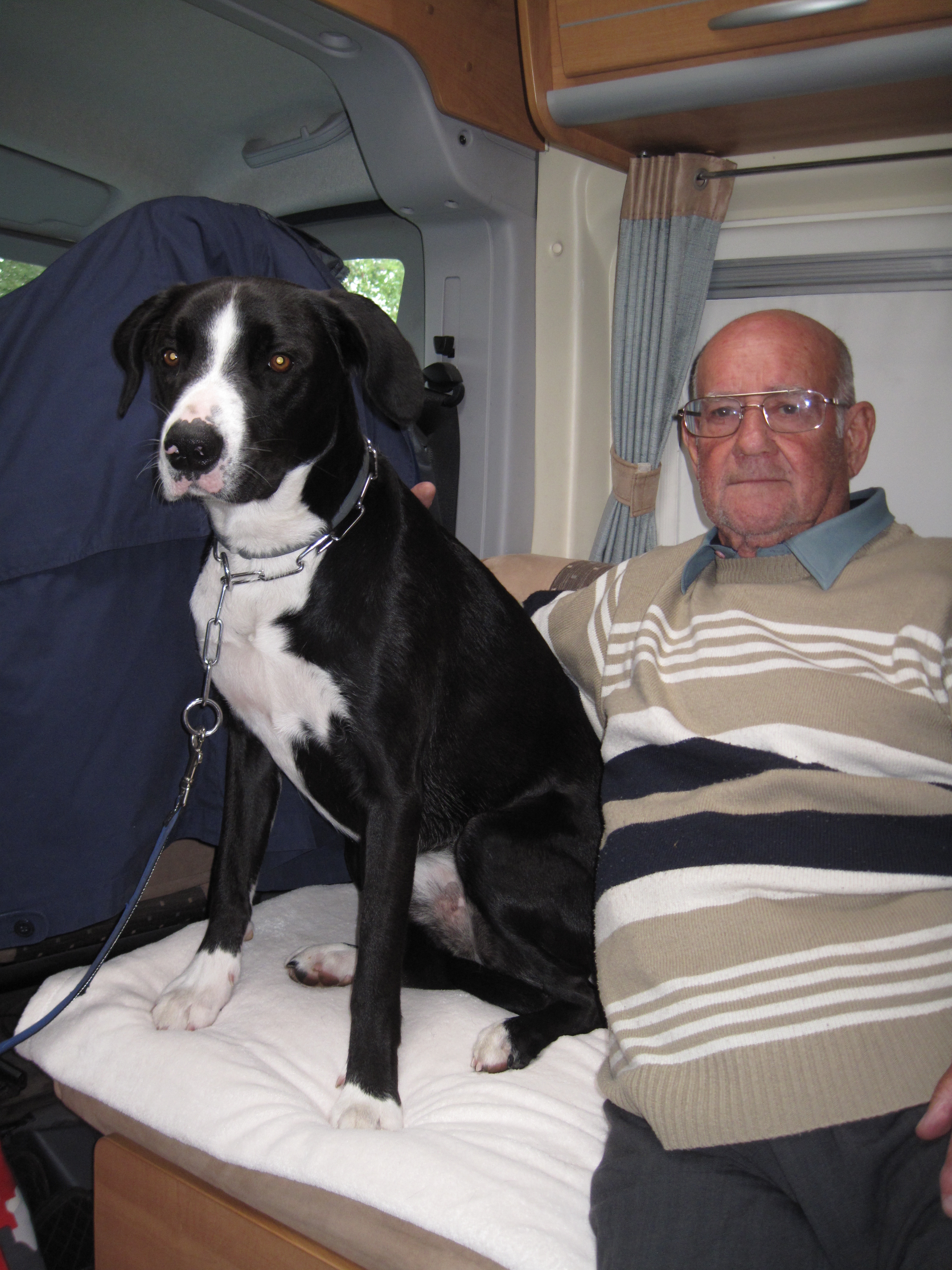 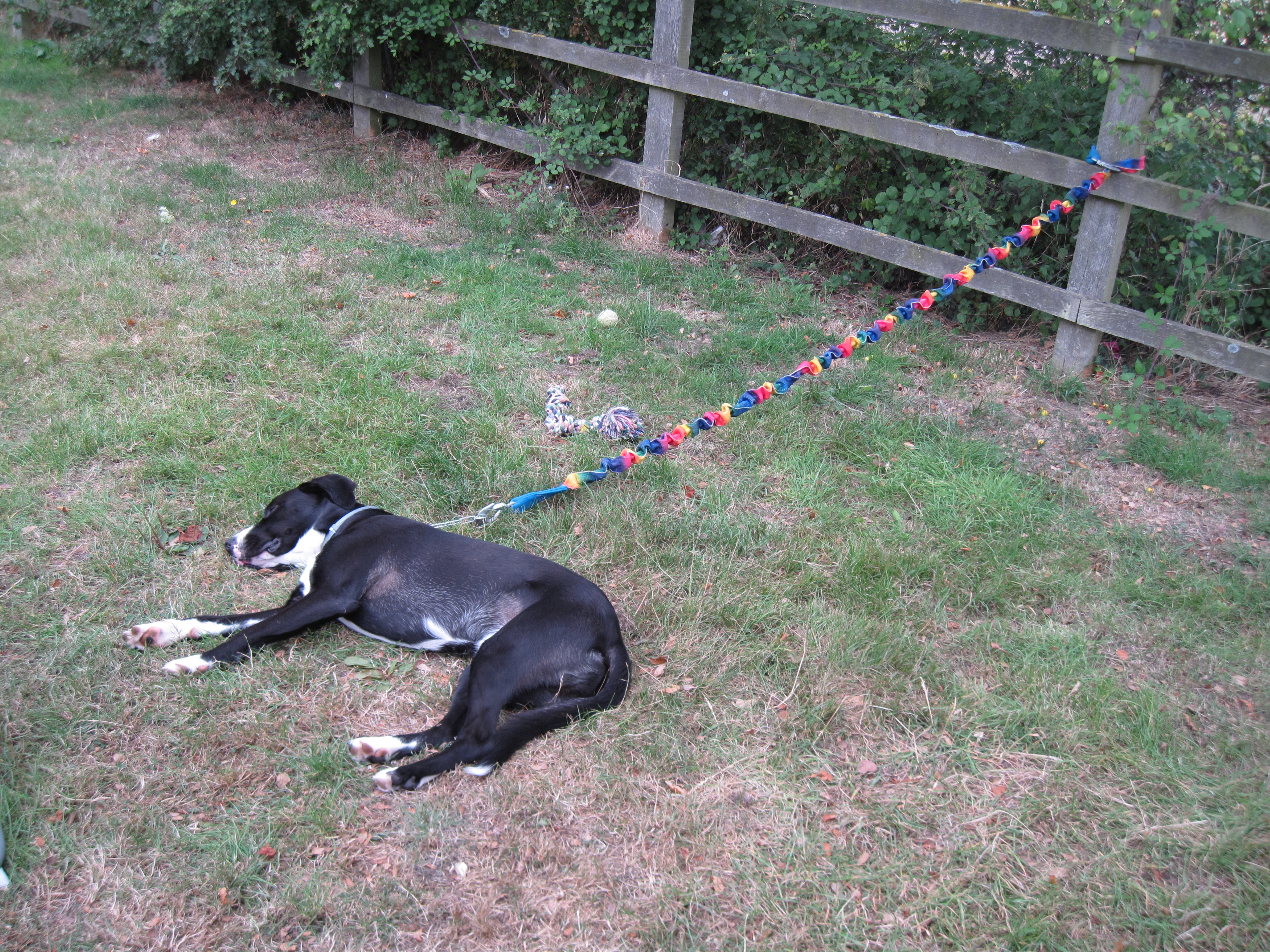 Last weekend was a special one for Paddy. Although he’s travelled half way across Europe in the motor home, he’s never actually been to a rally with us, and spent a weekend camping. This was rectified when we recently went to the Western Motor Home Show at the Three Counties Showground, Malvern. For the geographically challenged, that’s in Worcestershire, and it’s a very beautiful place. More of that in Travels in the Trigano later, but this one is all about Paddy.

We know he’s good travelling in the motor home, but he’s always been in his cage before, so it was an experiment taking him without it. It’s not a problem finding room for it when you’re on the move, but we were going to be parked up and living in the motor home for 4 days, so we left the cage behind, and he was good as gold. We have a restraint that plugs into the seat belt housing, and it was long enough for him to sit on the floor or climb onto the rear seat for a better view of proceedings. Being the inquisitive little darling he is, he spent most of the journey on the seat.

When we arrived at Malvern, we found we were parked alongside a sturdy fence, which was ideal for tethering Paddy while we sorted out the motor home and got it ready for habitation. He could see everything, and a few people came to say hello to him – some bearing treats, which went down very well. It may have been Paddy’s first rally, but he took to it like the proverbial duck to water, whether we were in our own motor home or visiting others, and everyone said what a good boy he was. And there was a wood just across the road, where I could let him run free to get rid of all his excess energy.

He was such a good boy that when we called in to see a friend in Wellington on the way back – that’s Wellington, Somerset, by the way, not New Zealand – I had no qualms staying overnight. It meant I could have a few drinks instead of watching the others make inroads into wine, beer, gin and tonic and Calvados while I sipped sparkling water. As regular readers will know, I do like my drink -preferably in industrial quantities in the company of friends.

Our friend John, with whom we were staying, has a beautiful, sprawling house out in the country, with lots of land, so he suggested we let Paddy run free. The problem was, the property backed on to a busy road, and there was no gate there, so I was a bit concerned about that. I did a few ‘dummy runs,’ where I took Paddy to parts of the grounds, let him off the lead for a few minutes, and called him back whenever he ventured in the direction of the road. He’s quick on the uptake, and he soon realised that if he went near the road, the lead went back on, so within a short while, he was running free in the grounds and having a wonderful time.

By midnight, we’d demolished three bottles of wine, a bottle of gin, a bottle of Calvados and quite a few beers between the five of us, so we thought it was politic to head to bed while we could still stand. Larry and June and Tony and I had decided to sleep in our motor homes to save John any trouble, and as we headed for them, Paddy spotted a rabbit and took off into the undergrowth. I wasn’t too concerned, because I thought he’d come back when the rabbit made its escape – which they always do. Paddy may be quick off the mark, but the rabbits are invariably even quicker, thank goodness.

After 10 minutes, he still wasn’t back, so we got into bed and slept the sleep of the suitably sloshed. When Tony’s bladder gave him a wake up call at 6.30 am, there was still no sign of Paddy. Now I was really worried. I had visions of him lying flattened in the road, caught in an illegal trap, or kidnapped and on his way out of the country. You see, although our boy is very adventurous, he doesn’t like to be too far from his Mummy, and we were in a strange place he’d never been to before. If he hadn’t come back, it meant he couldn’t, for one reason or another.

I lay there wondering what I could do – I could hardly go looking for him at that time, as I’d disturb Larry and June. Tony – that master of Stating the Bloody Obvious – said ‘He’s probably lying dead by the side of the road.’ That thought had crossed my mind more than once, but I figured if that was the case, I’d rather find him and know, one way or the other. If I didn’t find him, I could ring the Police and the local dog warden, put adverts in the local press, post on Facebook, and hope my boy showed up before we went back to Spain. He’s micro chipped, but to the Spanish address, so I needed to get it ‘out there’ as much as possible if I was to have any hope of seeing Paddy again.

By now, it had turned 7, and I figured I could go looking. Even if I did disturb Larry and June, being dog lovers, they would understand, and help with the search. I quickly got dressed, but before I could set off on my oddysey, there was a knock at the door of the van. It was Larry, and Tony’s first words were, ‘Sandra’s lost our dog.’ Talk about Mr Supportive! When Paddy is being naughty, he’s my dog, but now it looked like we’d never see him again, he’s our dog all of a sudden, and I’m the villain of the piece!

Larry’s next words were music to my ears. ‘He’s in our van – I knew Sandra would be frantic, so I came over as soon as I heard you moving about.’ It turned out that Paddy had returned at 3.00 am and, unable to rouse Tony or myself, he’d headed to Larry and June’s van. Larry had also had a wake up call from his bladder, heard barking, and opened the van door. Paddy rushed in and promptly settled down for the rest of the night in Larry’s bed.

Smart boy, but a while later, when Larry went to have a shower in the house, Paddy stood at the top of the steps and barred his way with much barking and growling. Talk about ungrateful! All the excitement – and the fresh air – took its toll though;  when we got back to Bigbury, Paddy spent the rest of Tuesday in a state of collapse on the caravan bench seat.