New drop in centre for Samaritans in Spain 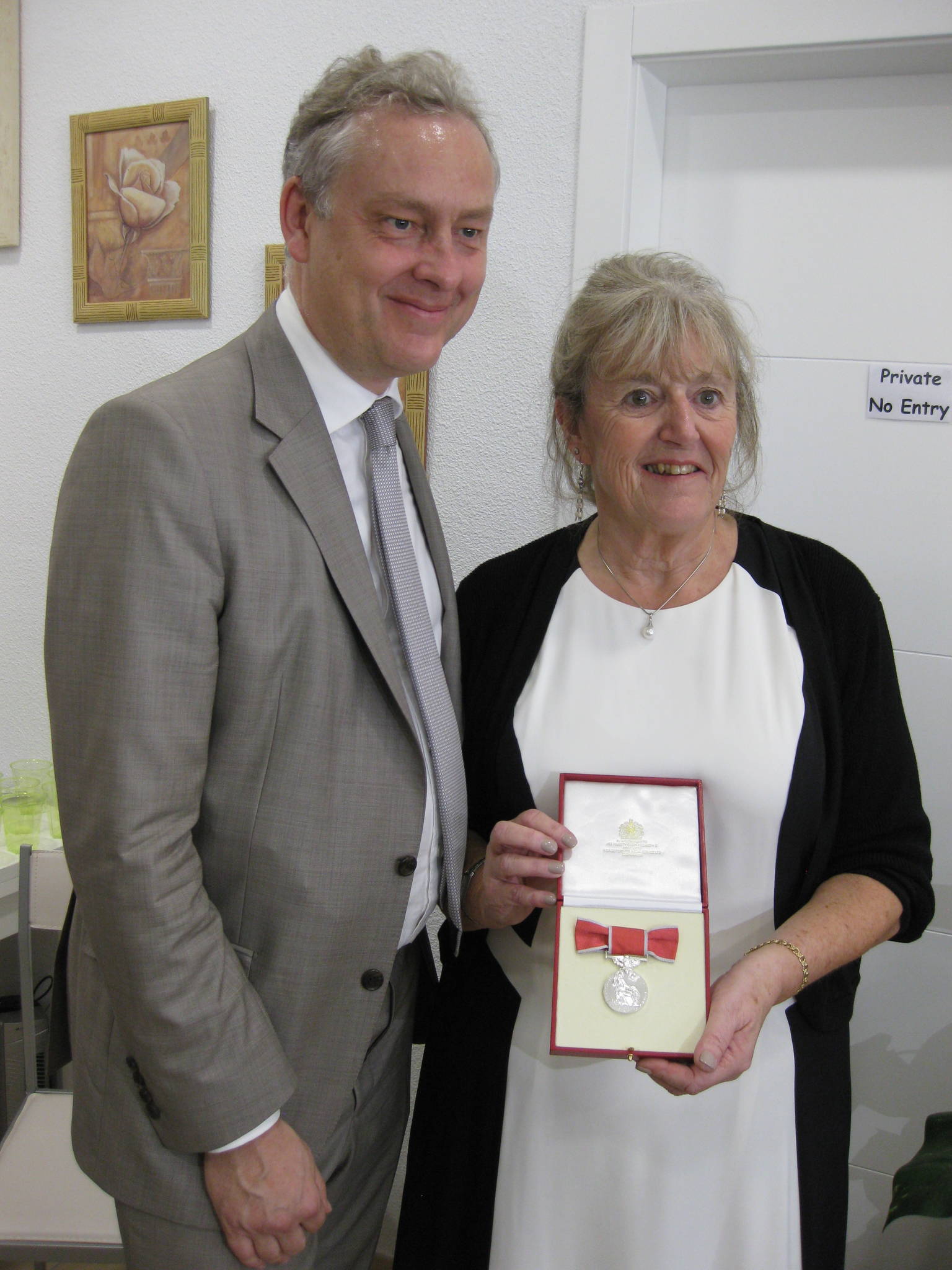 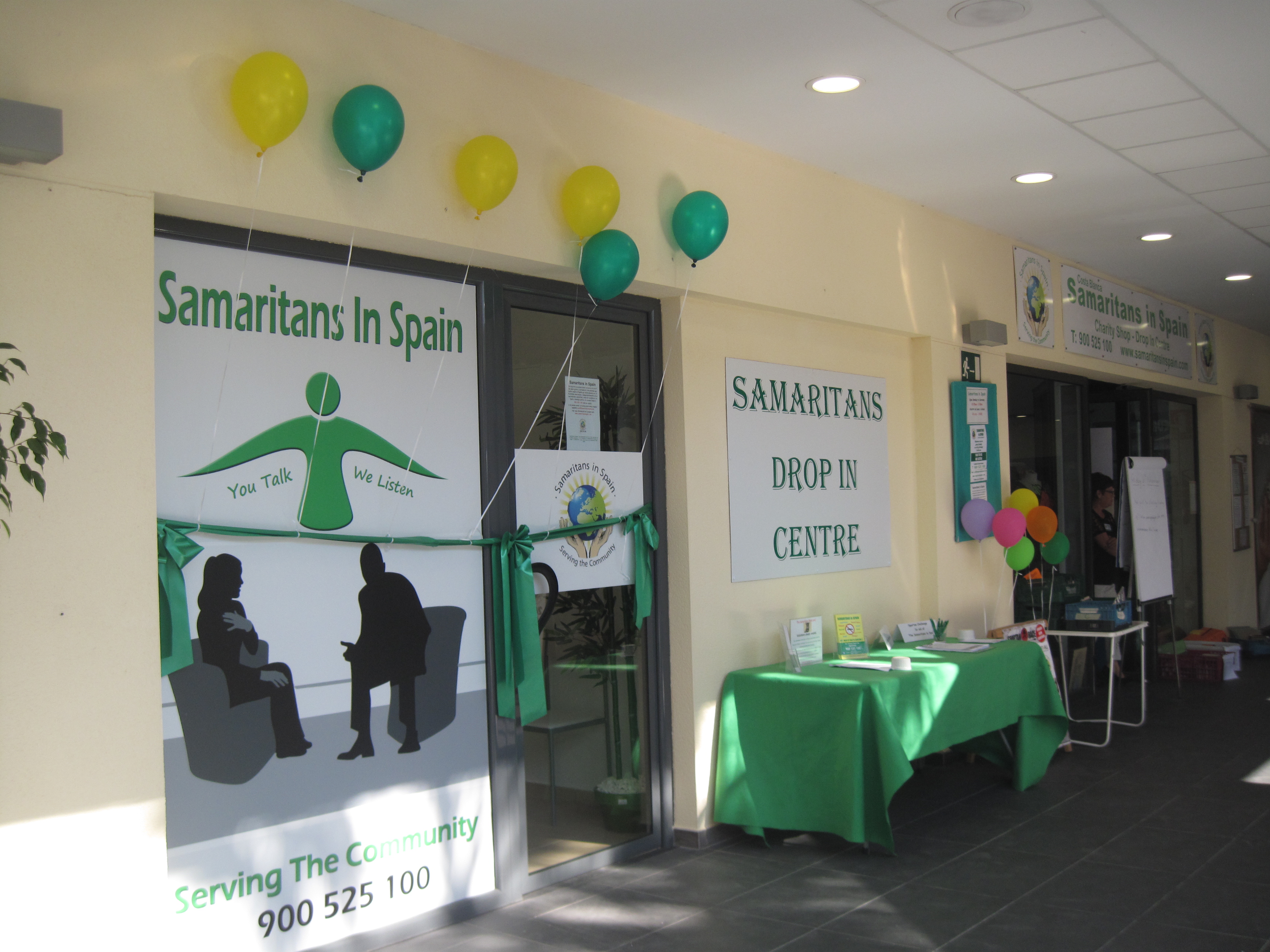 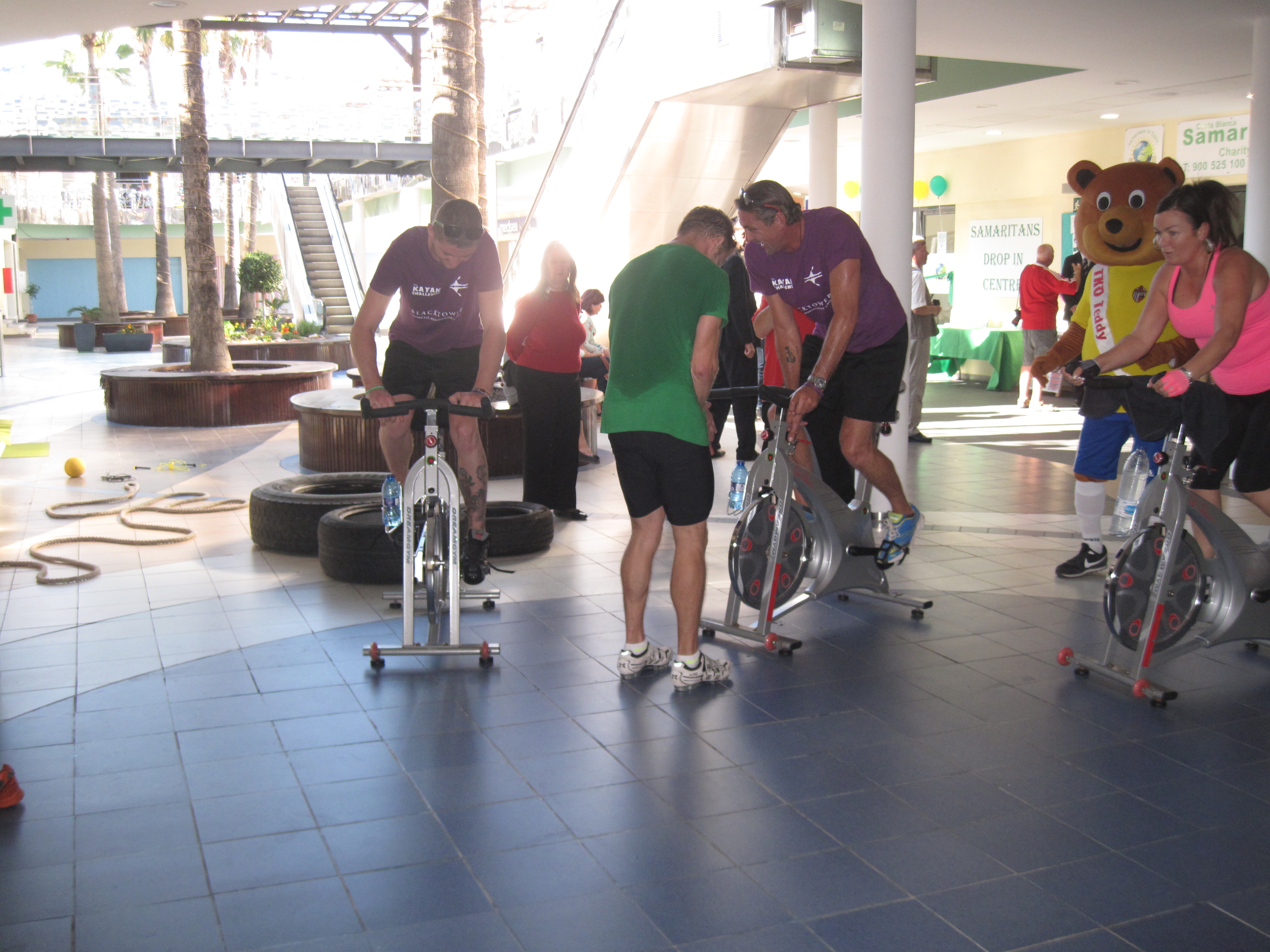 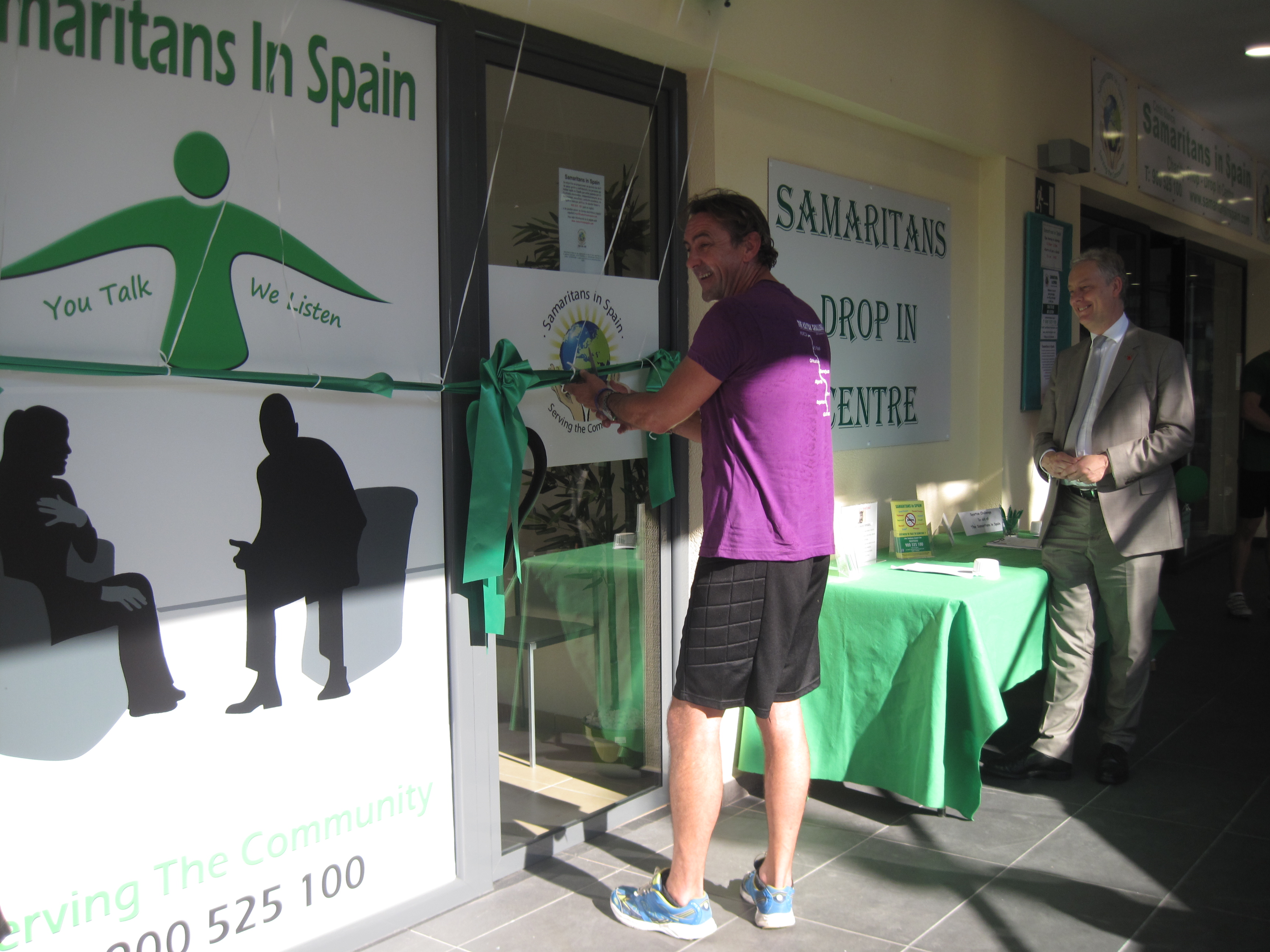 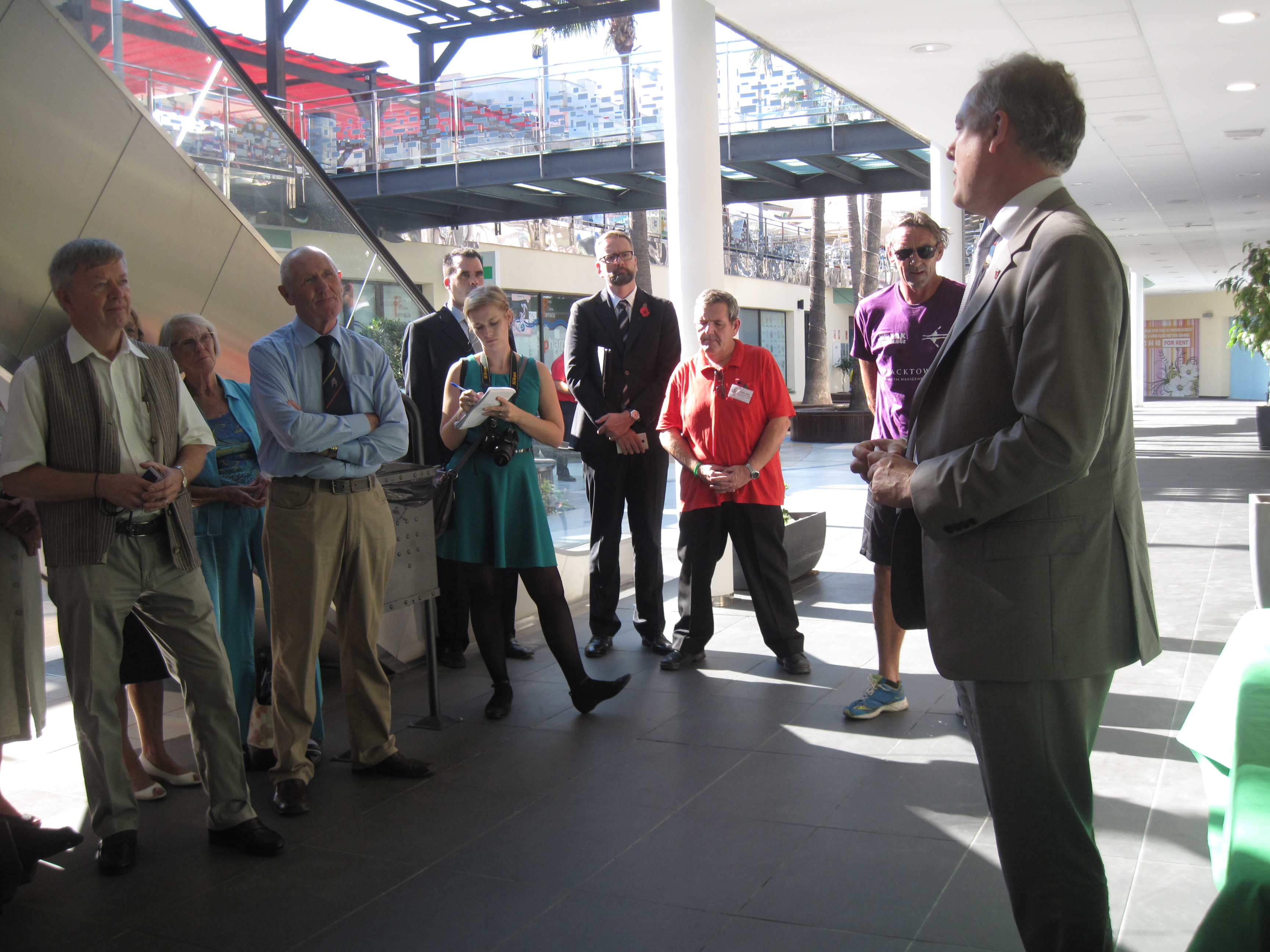 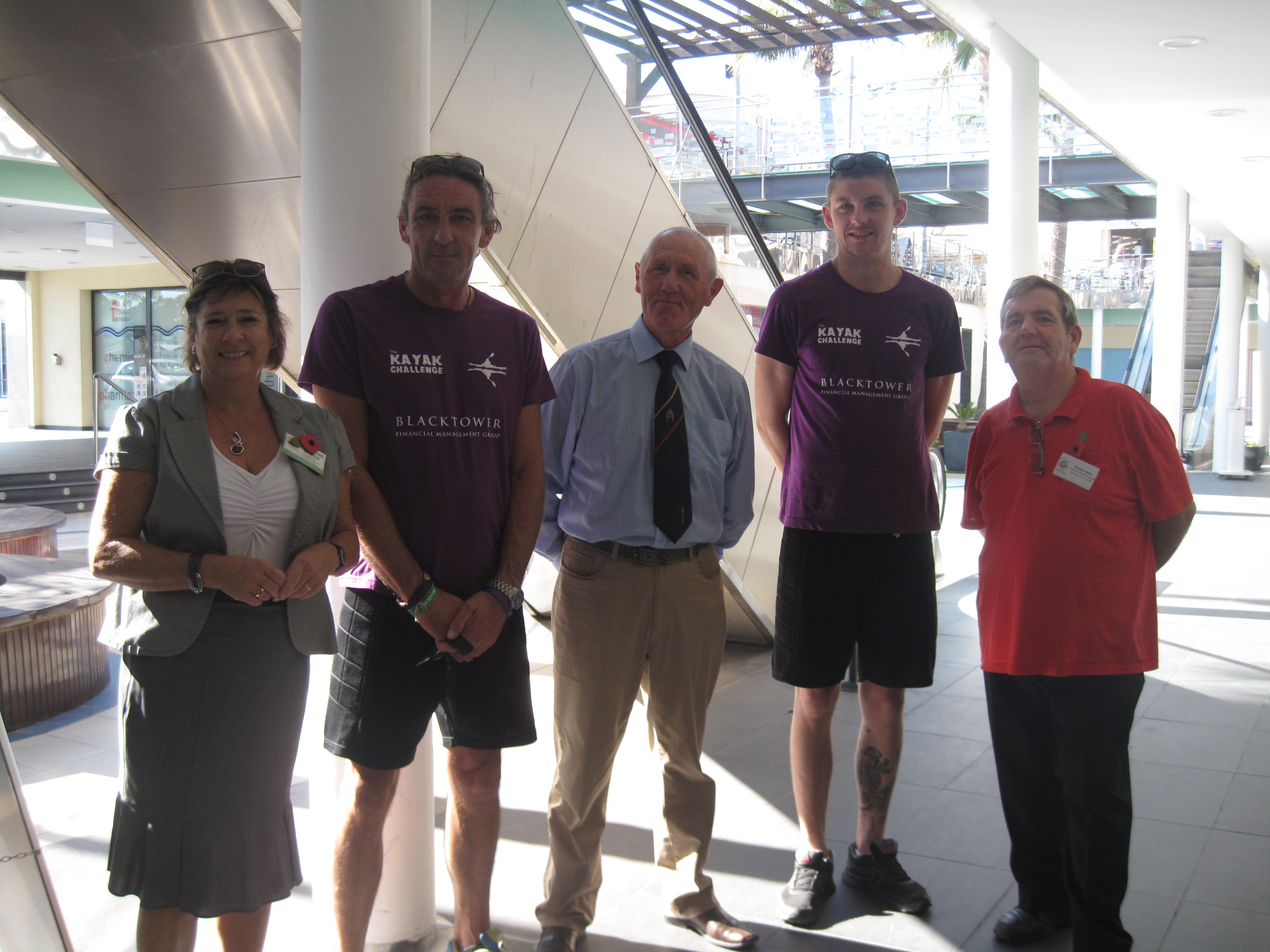 I love what I do, because it means I meet some really nice people, and get to go to some great events, and all in the name of ‘work!’ Last week I was privileged to be at the opening of the new drop in centre for Samaritans in Spain at Punta Marina Commercial Centre, Torrevieja. My main purpose was to cover the event as part of Dave Bull’s media team for the Kayak Challenge on 28th November, but I had a lot of fun, and found out some more about what a great job the Samaritans in Spain do.

General Manager Stephen Baker showed me around the new drop in centre and explained why it was needed. The Samaritans charity shop in Punta Marina has been open for three years, and while it raises much needed operational funds, it’s also clear that many people who come into the shop are not just looking for a bargain. They want someone to talk to, and somewhere to talk in private, and coming into the shop is their first tentative step towards getting the support they need. This happens so frequently that the volunteers who staff the shop are trained to deal with these  approaches, so they can put people at ease and encourage them to ask for help. While there was a room at the back of the shop, it was not really up to the challenge that the Samaritans face on a daily basis.

A couple of months ago, the Samaritans launched their freephone telephone line. They felt that this was an important thing to do, as a lot of their calls come from mobile phones, These calls tend to be fairly long, and so can work out expensive for the caller. Even worse, the client may run out of credit before they receive the support they need. The freephone line makes it easier for everyone, and now the call centre volunteers have a purpose built, comfortable room to work from, where there will be no distractions or interruptions.

In 2014, the volunteers dealt with over 600 callers and visitors.  That figure is scheduled to hit 1,000 by the end of 2015. The new drop in centre has a reception room, a separate room for the listeners manning the 24 hour phone line, and another room where clients can speak to a listener in total privacy. The facility will be open for 6 mornings and one evening every week.

When it’s not in use, the drop in centre can be used as a meeting room for local charities, who will pay a nominal rent to cover costs. Al-Anon and Gam-Anon are already making use of the facility, which means even more people are being helped to overcome their problems. It’s a great start for what is already proving to be a valuable new facility for expats needing support for whatever reason.

The drop in centre was officially opened by Dave Bull, who is a local writer and radio station owner and presenter. He was recently invited to be the local patron of the Samaritans, and he was honoured to be asked to perform such a special ceremony. The British Ambassador to Spain, Simon Manley travelled from Madrid to attend the opening, and to present the British Empire Medal to Chris Sumter for services to British citizens abroad. He praised the Samaritans for the support they offered to all English speaking expats, and said they made the Embassy’s work much easier. He also remarked that helping people seemed to be ingrained in the British DNA!

Chris Sumter is the former President of the Samaritans in Spain, and she chose to return to Spain to receive the award, as she’d spent 7 years working here before returning to England. The fact that she chose the Samaritans’ headquarters rather than Buckingham Palace shows her continuing deep commitment to the charity.

Local personal trainer Jason Scawthorn of Fit 4 All Gym Punta Prima will be competing in the Spartan Challenge in Valencia to raise funds for the Samaritans, also on 28th November. He held a fitness class ahead of the opening, and then gave Dave and his son Mitch some fitness tips in preparation for the Kayak Challenge, before putting them through their paces. He’s an inspiring bloke – he even managed to talk me into lifting a 90 kilo tractor tyre a few inches off the ground! I haven’t been the same since, but hey, I got carried along with the mood of the day. Meeting lots of different people of all ages, from all walks of life, celebrating something good – how marvellous is that? I love my job! If you  would like to sponsor Jason, contact him through the link above, or drop in at the centre at Punta Prima. Who know, you may pick up a bargain at the same time!

If you have some spare time and would like to help the Samaritans in Spain in their work, just speak to one of the friendly team in the shop or the drop in centre. The more volunteers they have to call on, the more people they can support.

2 Responses to New drop in centre for Samaritans in Spain