Lemon curd – straight from the tree! 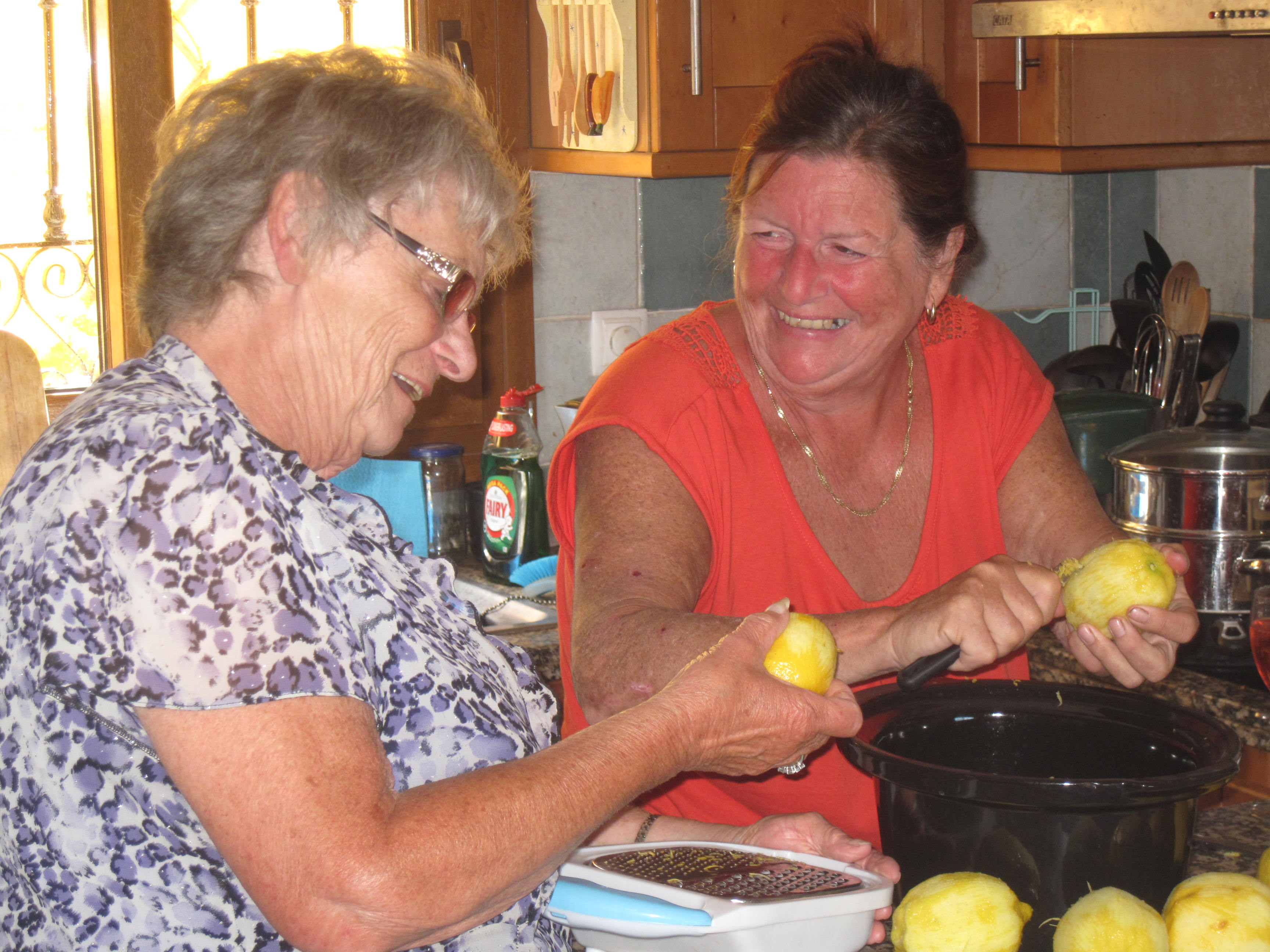 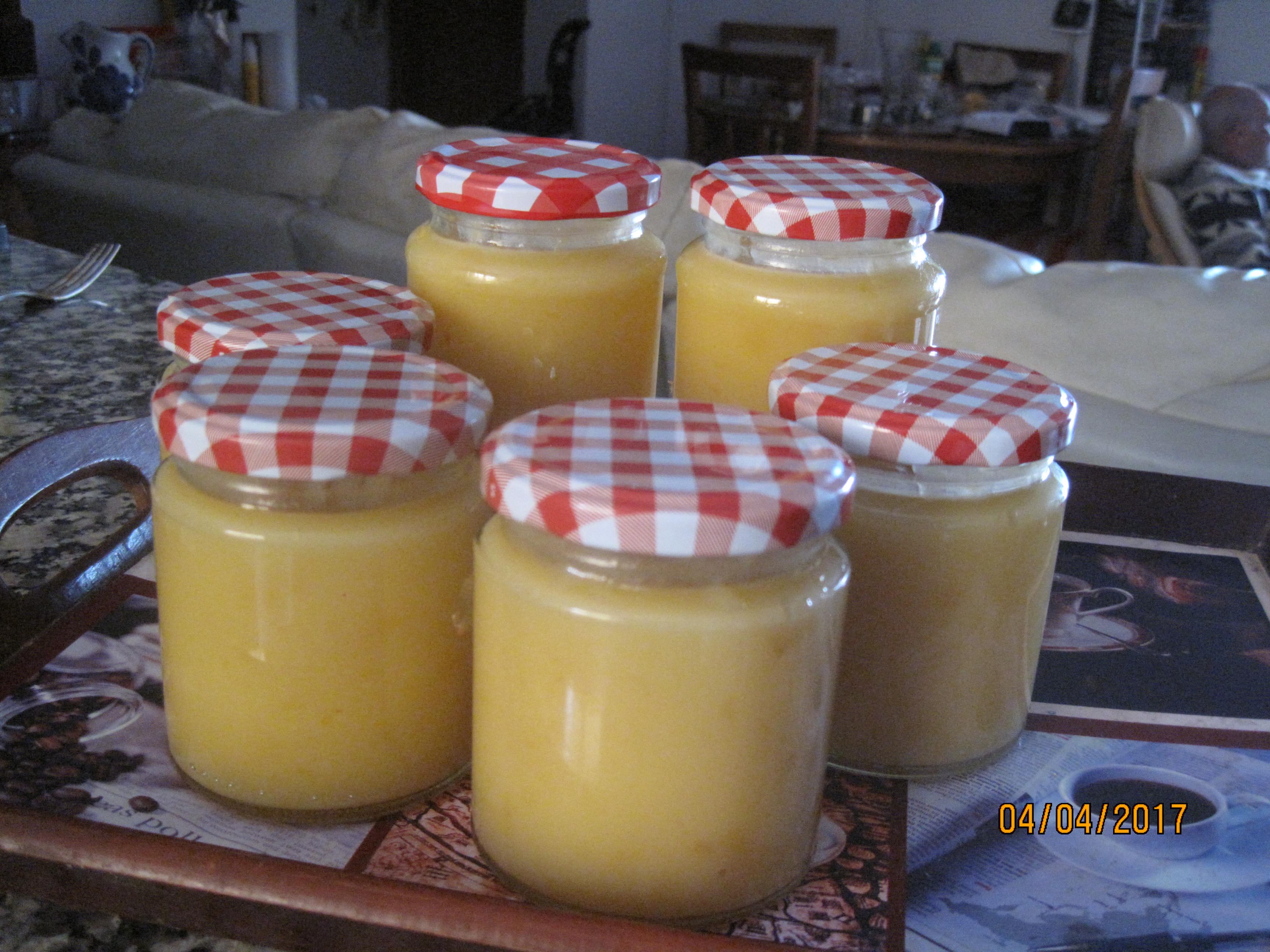 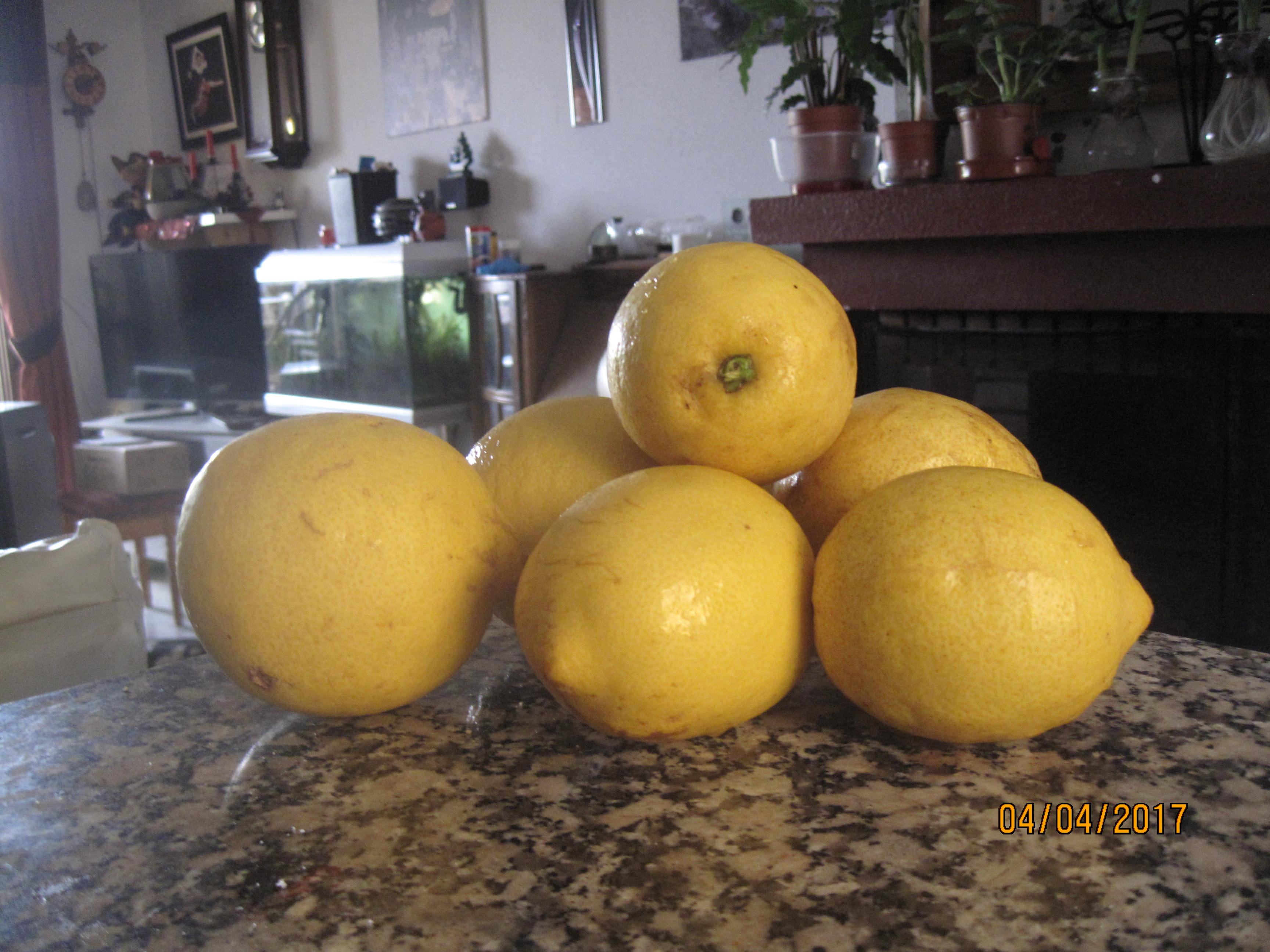 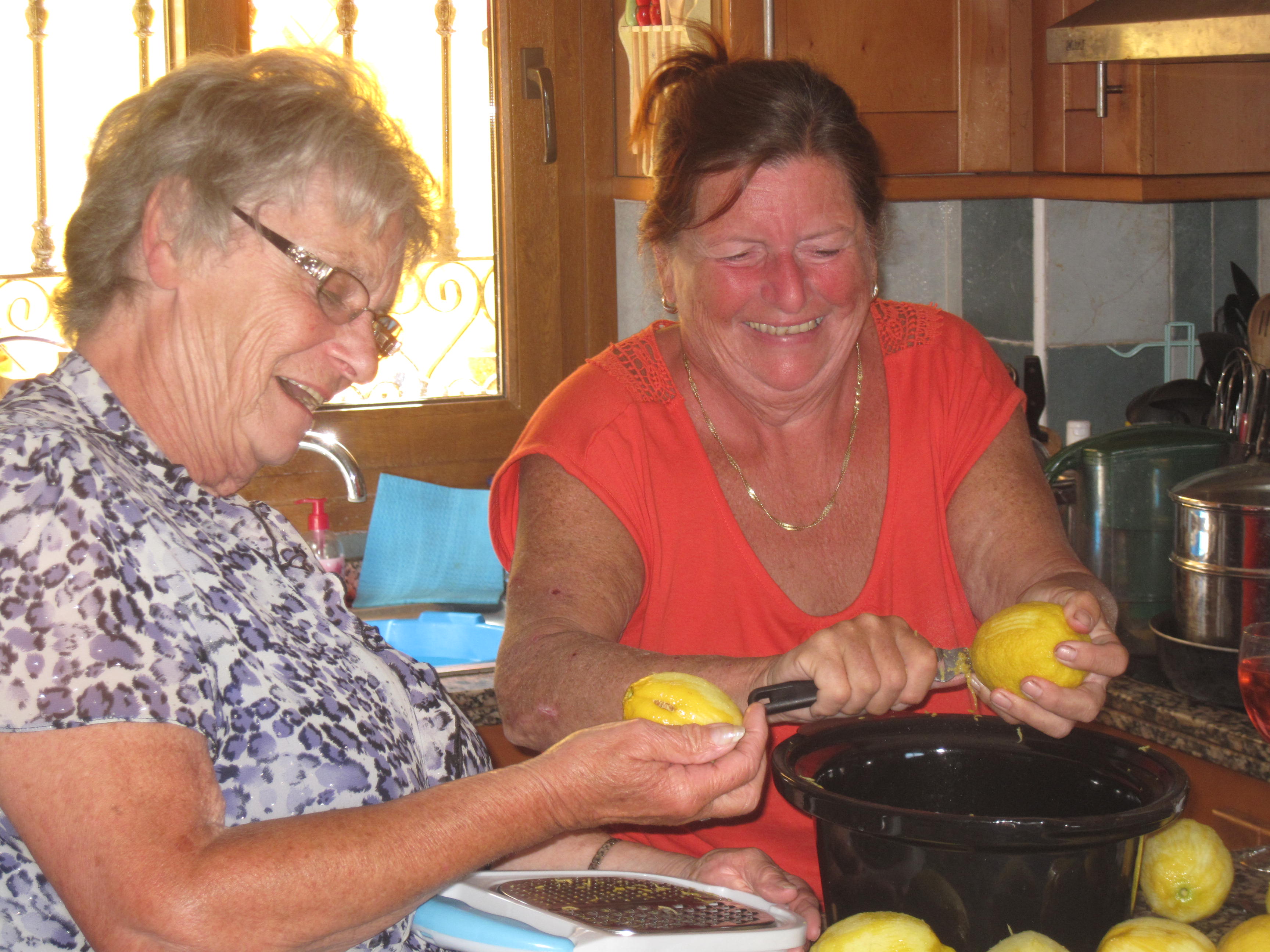 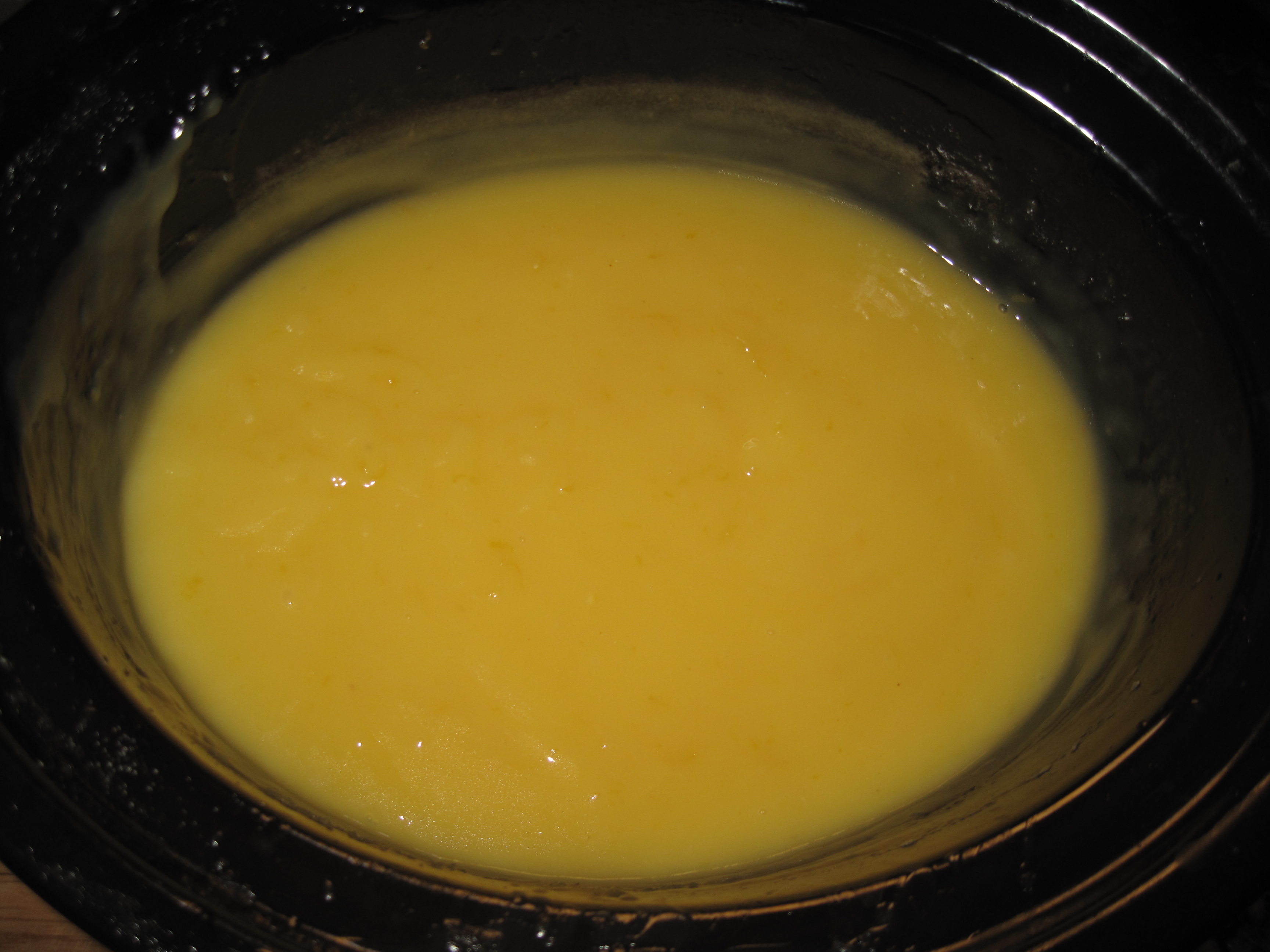 After last year’s bumper crop of about 50 lemons on our tree in the garden, I expected a lean time of it this year. However, the tree has obviously got its mojo working now, because there are even more of them this year, and they’re bigger and even better. Some of them could even go to a fancy dress party as grapefruits or even small melons with very little adaptation. I’ve already made preserved lemons fresh lemonade and lemon marmalade, as well as using a few in gins and tonics and vodka and lemonade, just to stop them going soft. Today’s make is home-made lemon curd.

As I child, I loved lemon curd in tarts, sponges and on toast, and I haven’t lost the taste for it, although my palate’s become a little jaded after years of shop bought stuff. In England, with the price of lemons, eggs and butter, it’s an expensive make, but here in Spain, I made a goodly quantity for around €2.50, plus a bit of elbow grease and electric.

It’s surprisingly easy, if a little time consuming, but it’s worth it. The recipe is one I adapted from the BBC Food site. I doubled up on quantities, as it only made 2 – 3 jars, and I had friends lining up as tasters! This will make around 5 x 350g jars or 7 x 250g jars.  Don’t be tempted to use larger jars, because once it’s open, it soon begins to deteriorate, even when kept in the fridge.

I always sterilise the jars in the oven, then fill them while the lemon curd is still warm but not too hot.  Heat the oven to 160C/325F/ Gas mark 3 and place the jars on a tray in the oven for between 15 and 30 minutes.

You can make lemon curd in a large saucepan, or use a large bowl as a bain-marie. I prefer the latter, because there’s no risk of burning the mixture, there are no messy saucepans to clean, and you don’t leave any on the sides of the pan. If you don’t have a big bowl, do as I did and use the inner lining of a 3.5 litre crock pot or slow cooker standing in a large saucepan of water. Whether you’re using your own lemons or buying them from the market, pick or purchase them at the last minute – the fresher they are, the better your lemon curd will taste. Here’s the recipe:

Combine all the ingredients except the eggs in a large bowl, and set it over a pan of simmering water. Stir the mixture until the butter is melted, then whisk the eggs and fold them into the other ingredients. Allow the lemon curd to cook for approximately 15 – 20 minutes, stirring now and then. It’s ready as soon as the mixture is really thick and creamy and coats the back of a wooden spoon. Let it cool a little, then divide it between your jars.

It really is that easy! You can eat it as soon as it’s cool, but it will be even better if you can exercise a little patience and allow the flavours to develop for a few weeks. A word of warning though – once you’ve tasted fresh home-made lemon curd, you’ll never want to go back to the shop bought stuff!