I’ve got a Jim Barry original painting for Christmas! 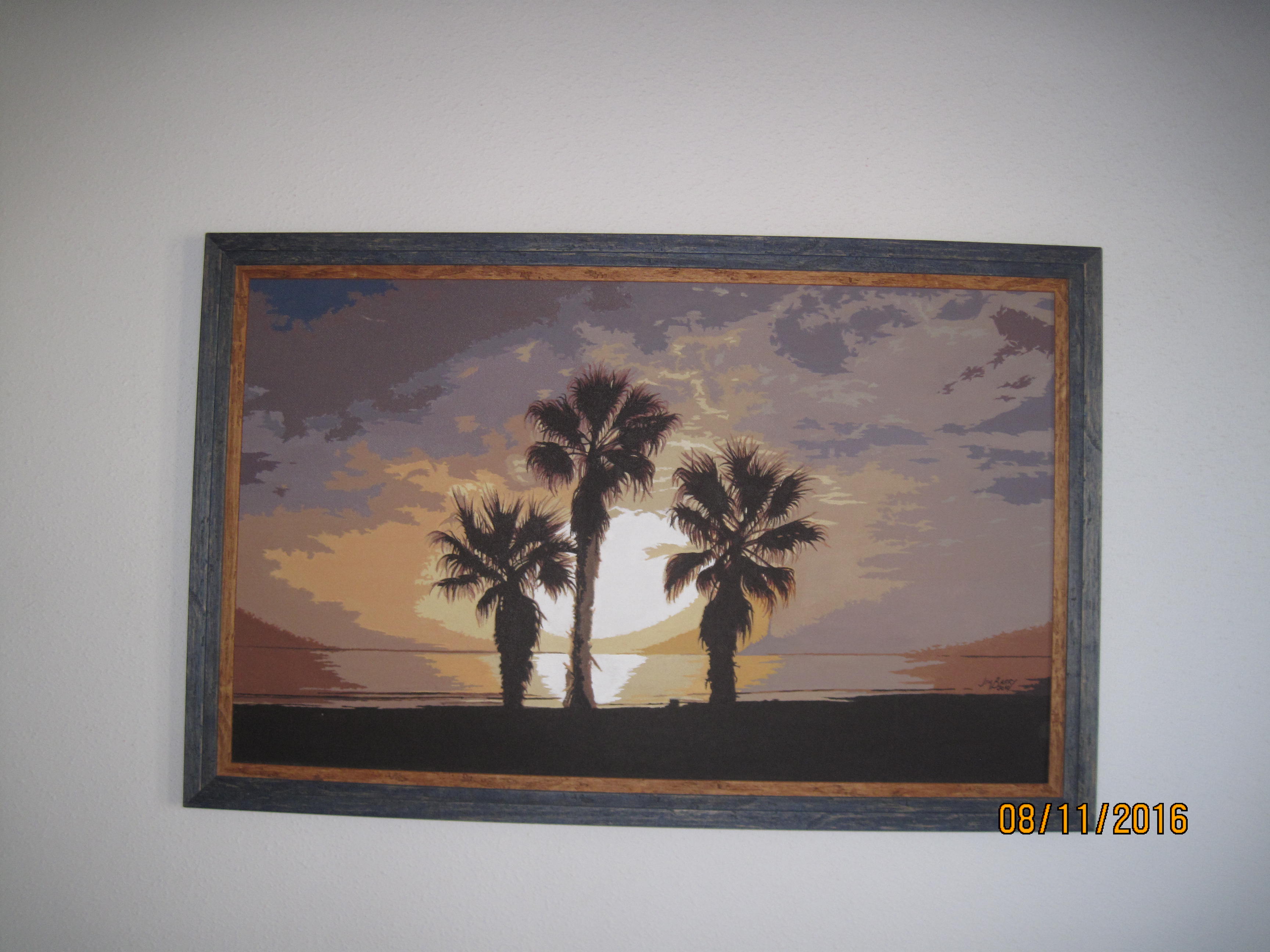 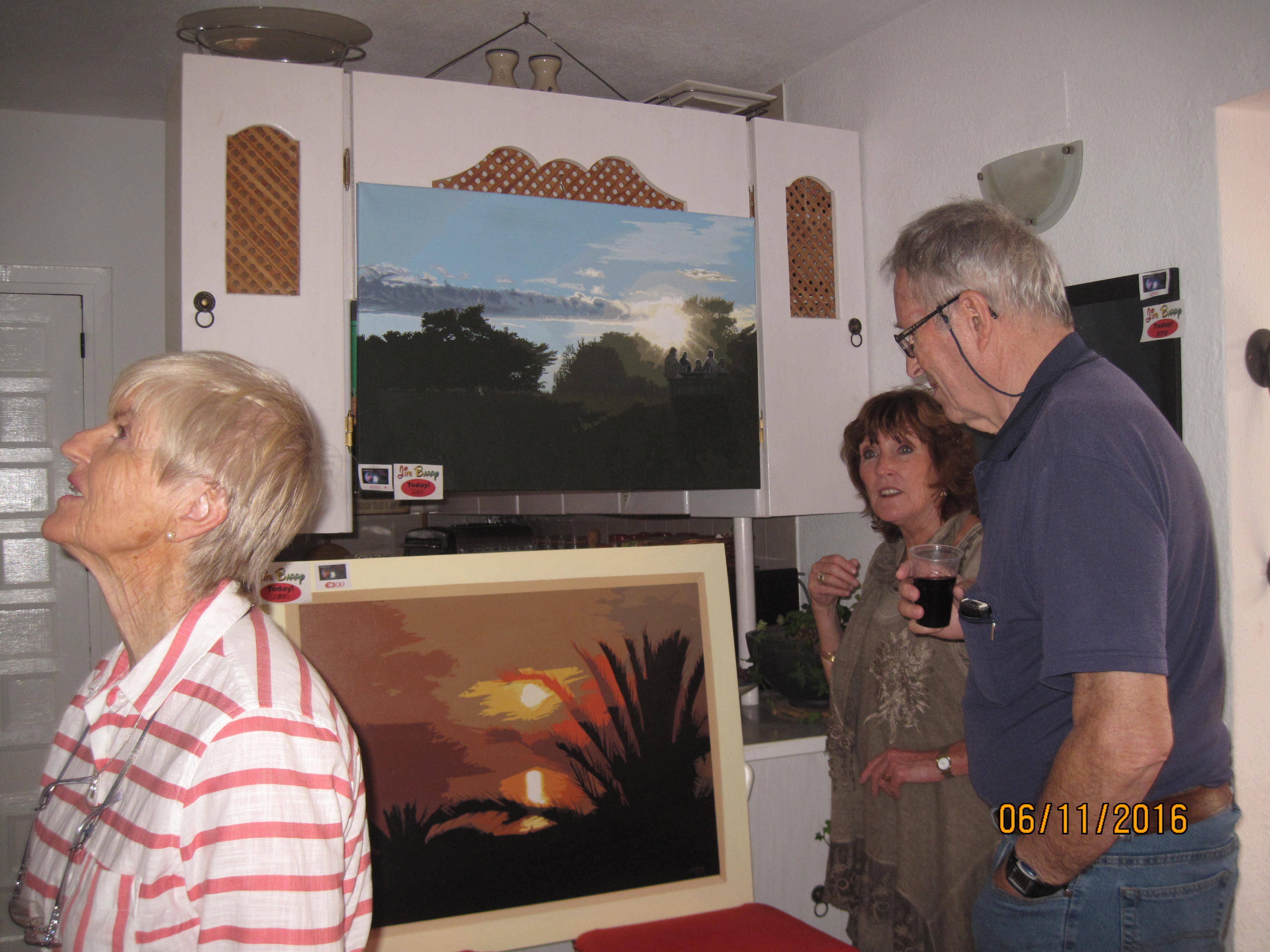 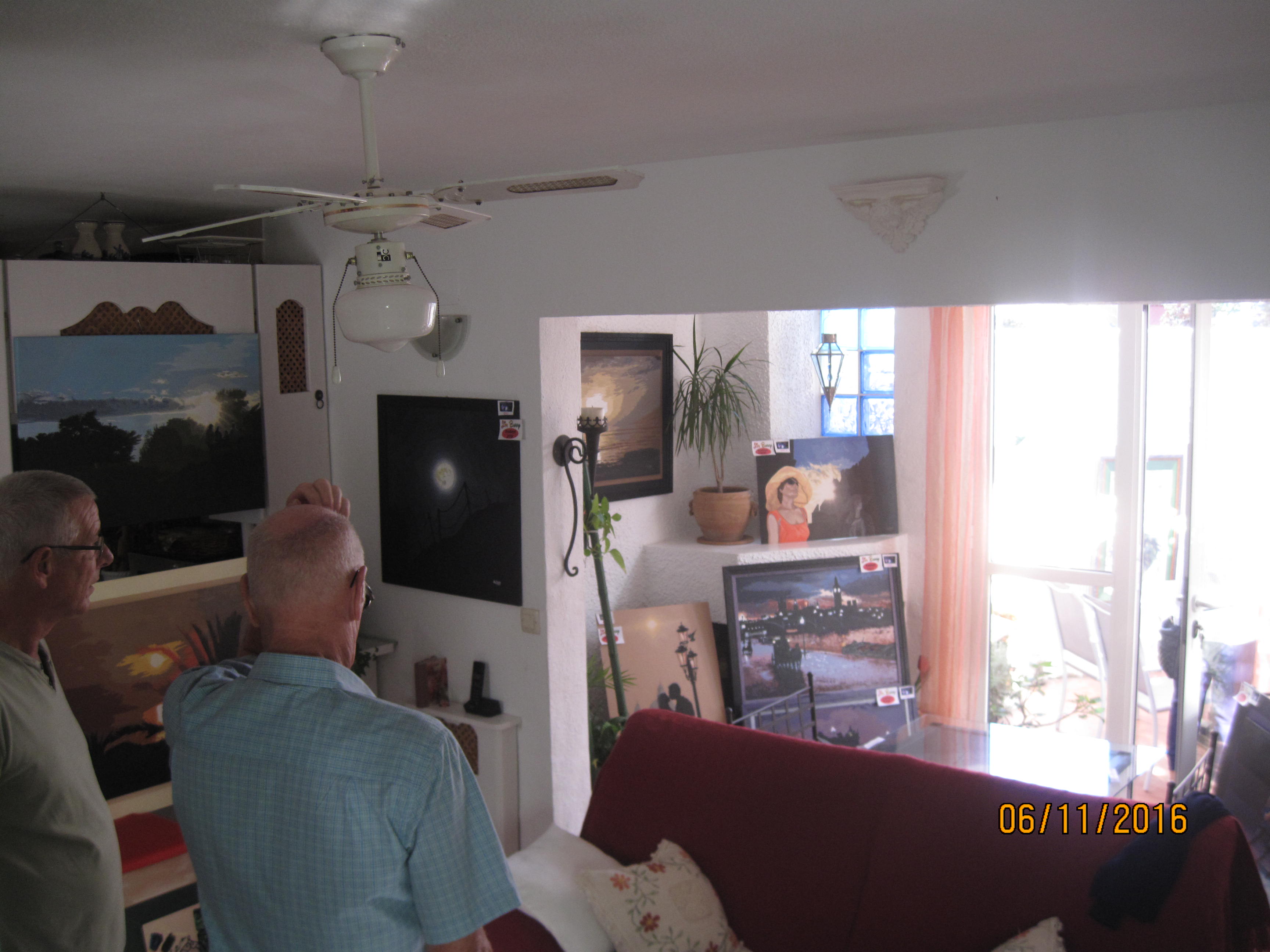 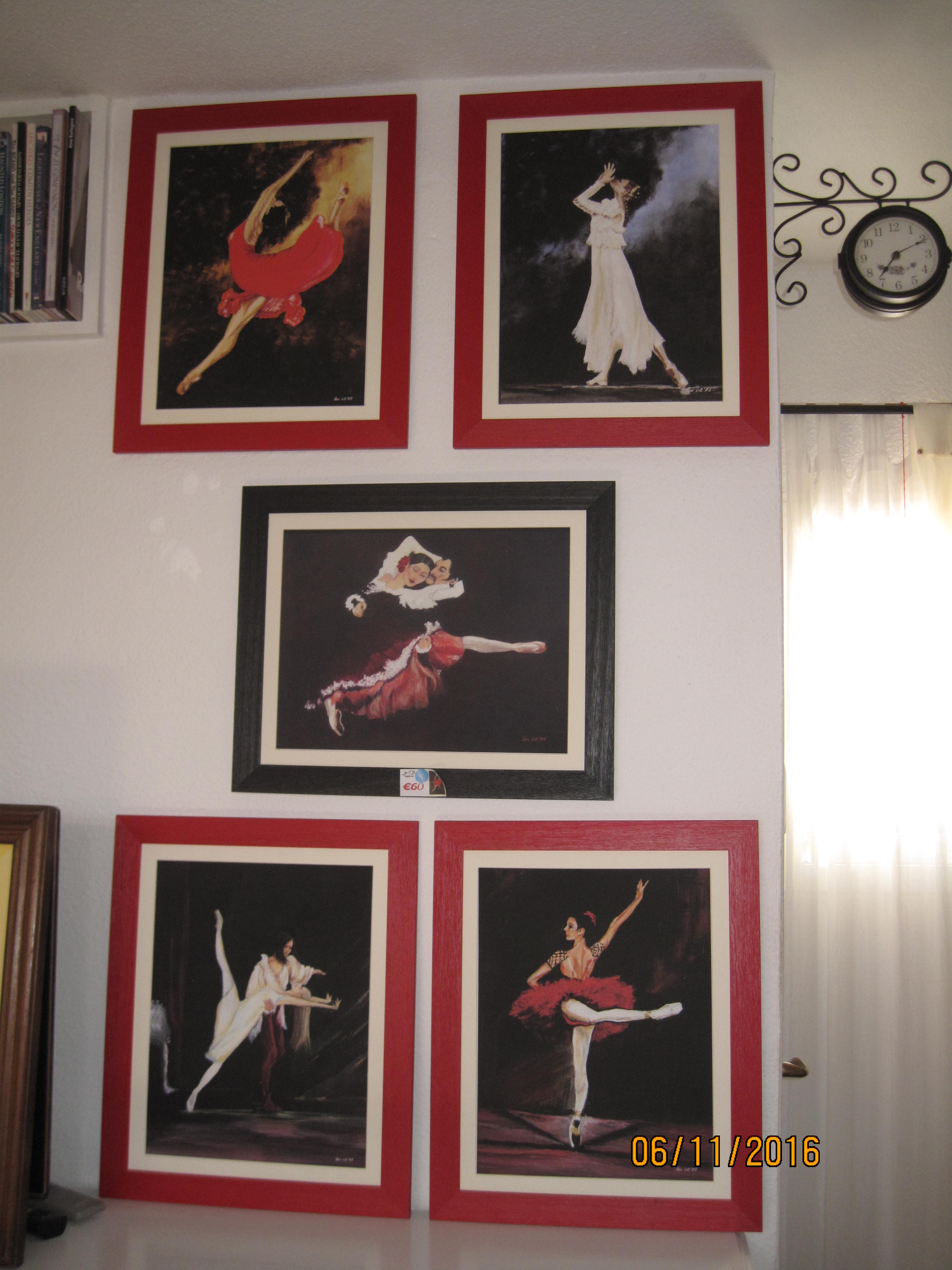 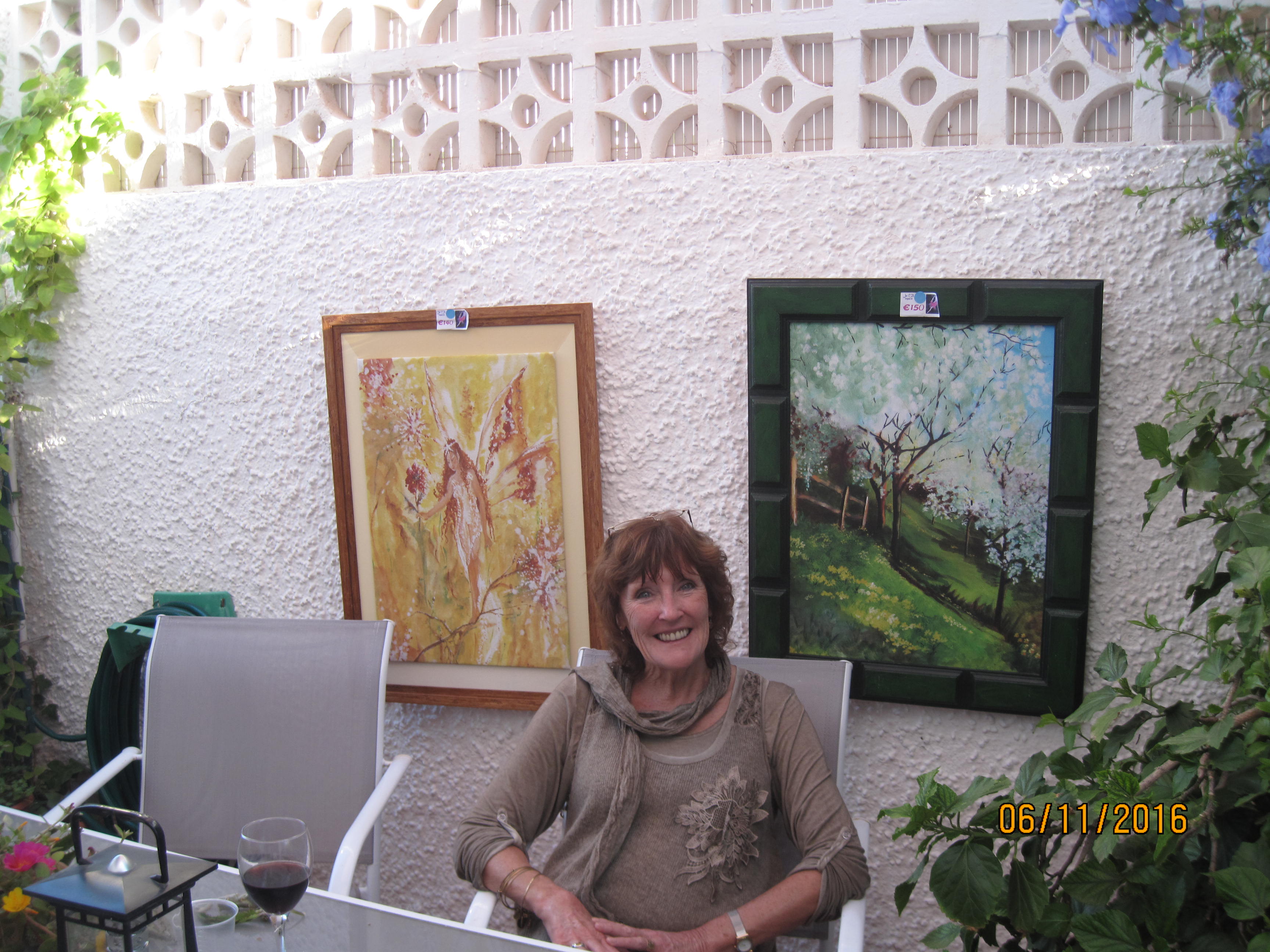 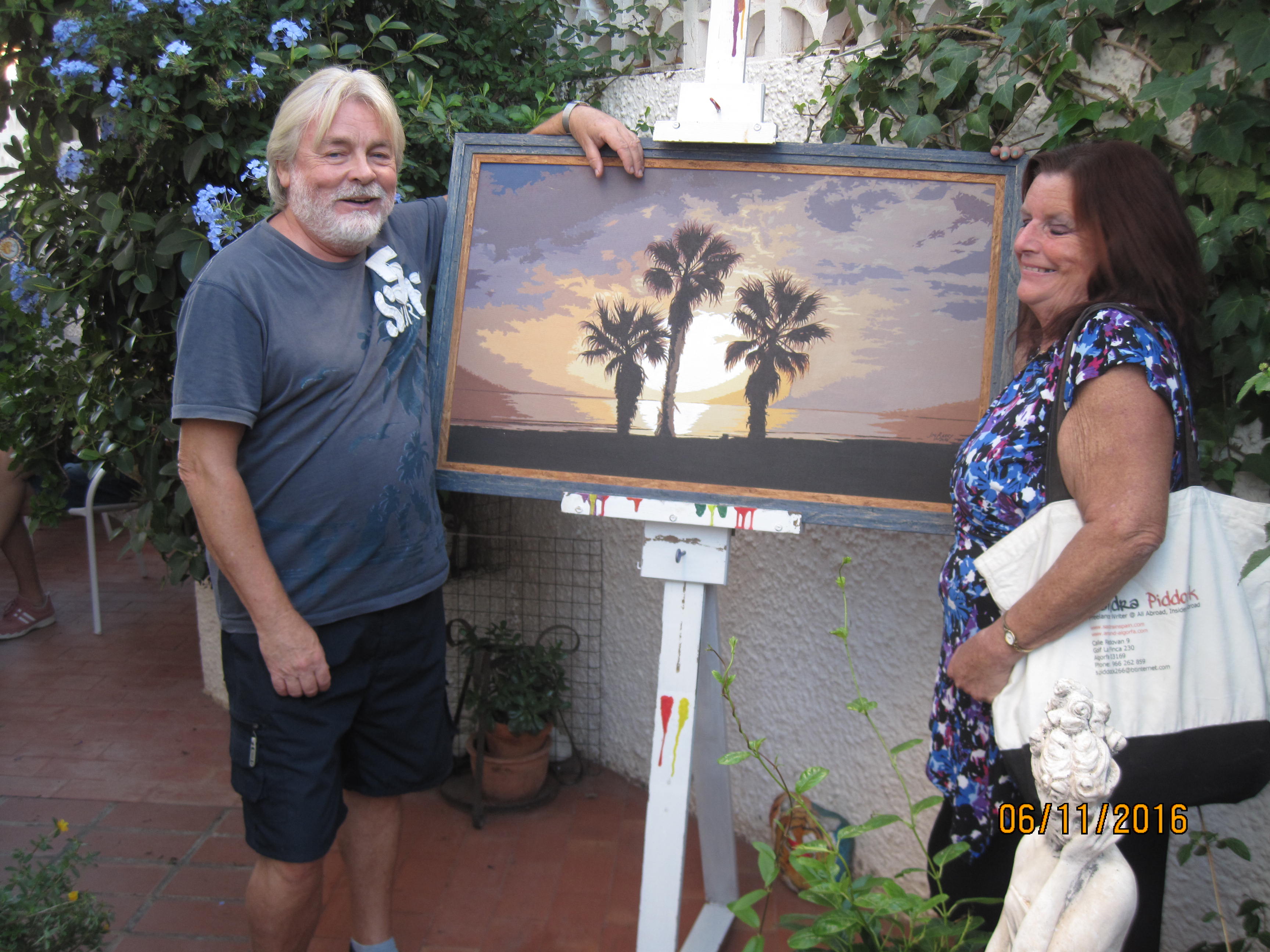 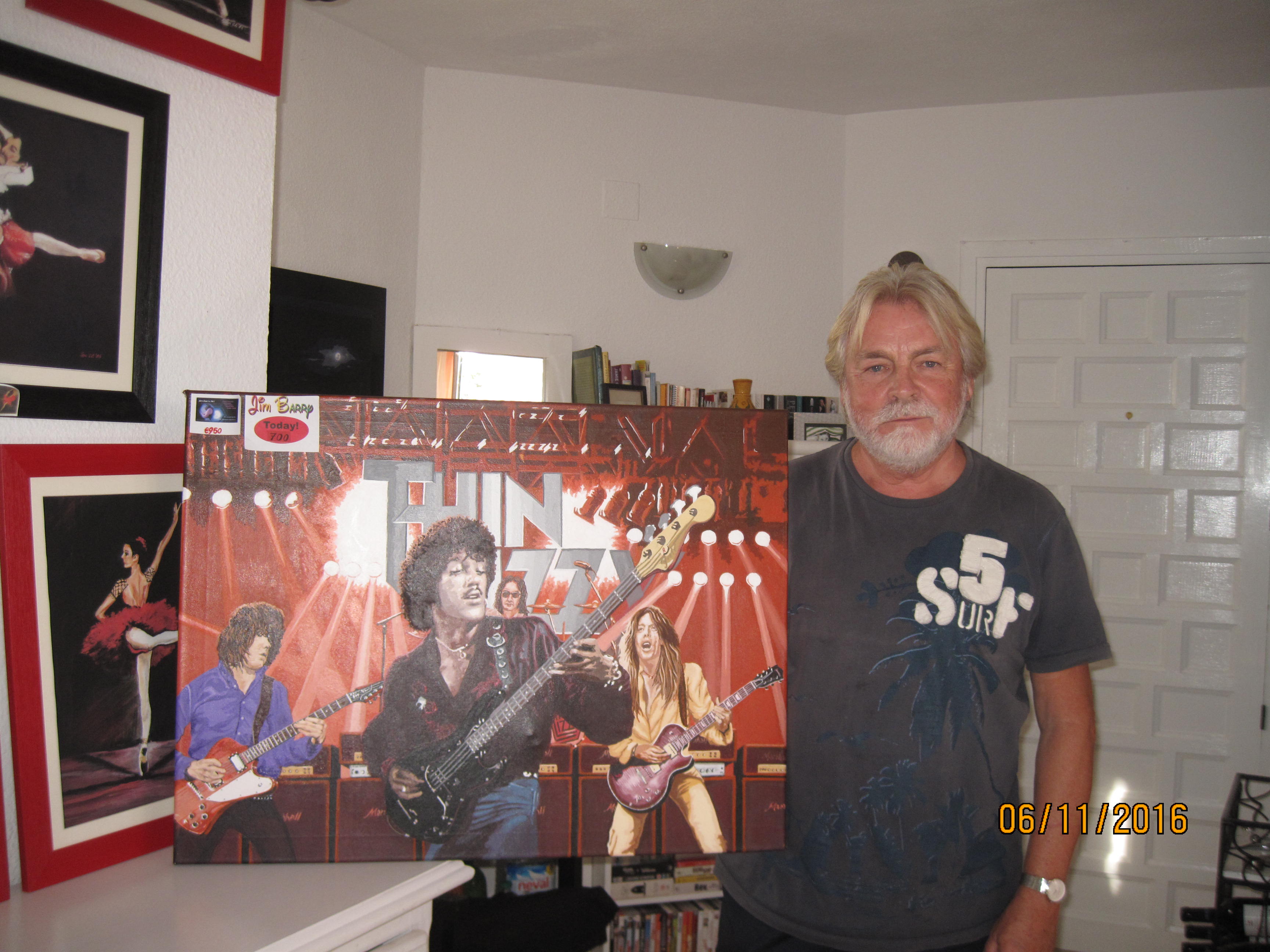 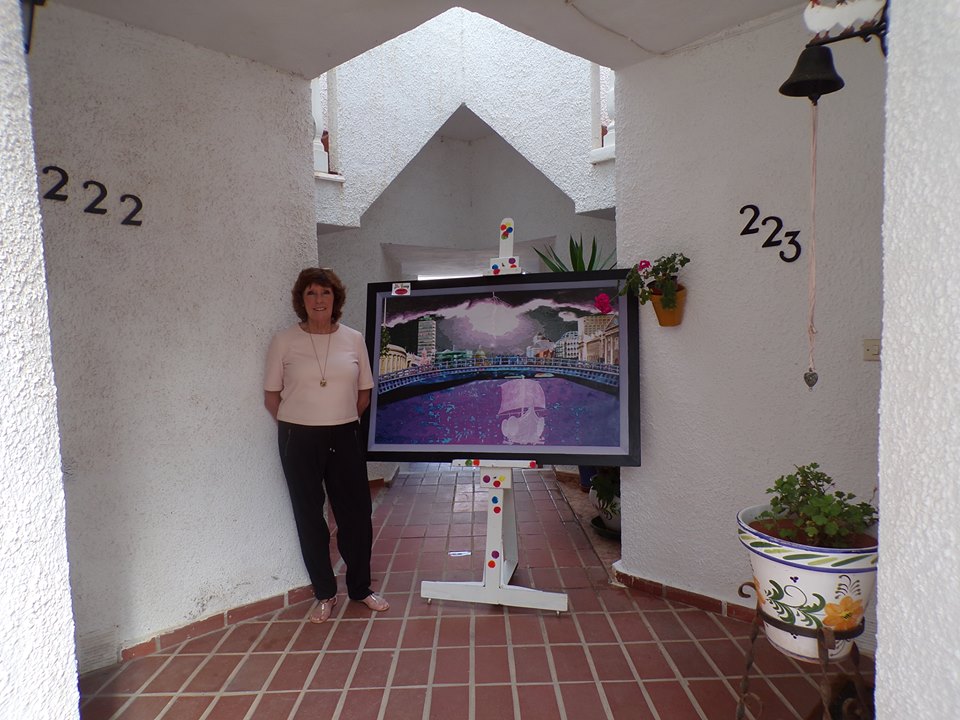 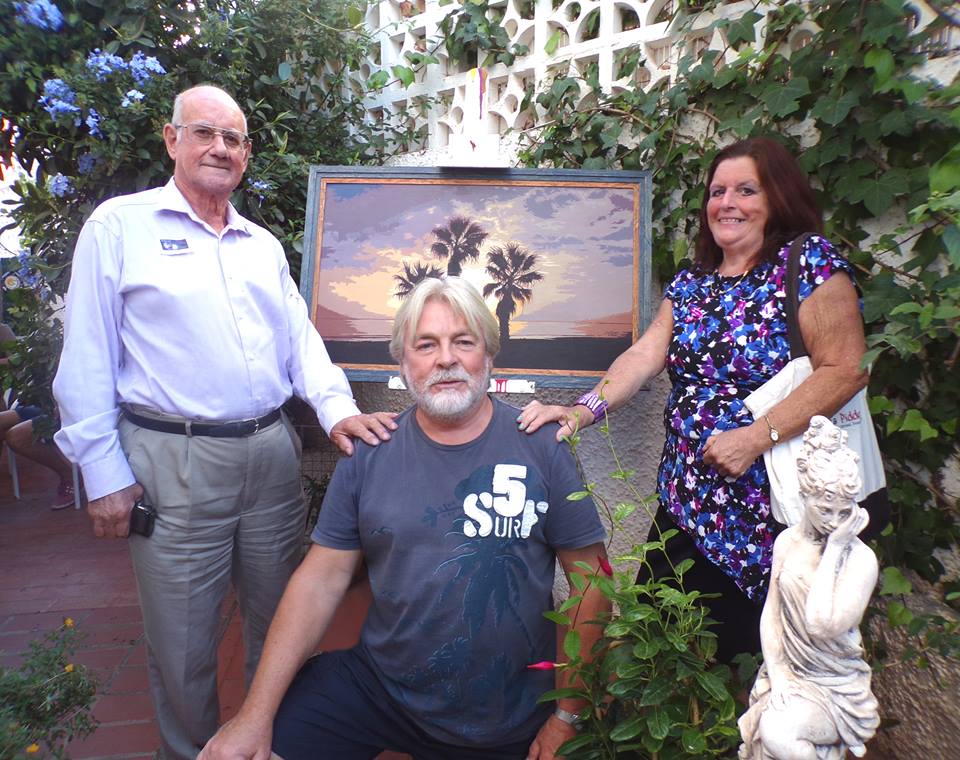 When La Mata artist Jim Barry contacted me to invite Tony and myself to an open weekend at Casa Barry, I knew at once that this year, my Christmas present would not be a problem. Usually, it’s the biggest cause of conflict in Piddock Place in the Season to be Jolly. Tony’s not a shopper, and he doesn’t do surprises, so I end up with Euros in a card to spend in the sales, rather than the perfect present under the tree.

As we left Algorfa, I graciously informed my husband that he could buy me another print – or maybe two – from  Jim’s Gaslight series of Victorian paintings to go with  my ‘Omnibus’ print, inspired by the Whitechapel killing spree of Jack the Ripper. I’d fallen in love with it when I interviewed Jim and his wife Jan, back in March, and it has pride of place on the wall of our apartment. Jim has a saying: ‘Paintings like company – they fade on their own.’

We received a great Irish welcome – and a rather large glass of wine. Jim is so laid back you wonder if he’ll fall over, and before he let us loose on the paintings, we had a nice chat – and more wine – on their lovely sunny terrace. That’s when ‘Las Palmeras de la Mata’ first caught my eye, and I began to swivel in my choice of painting.

Jim explained that they occasionally held this sort of exhibition, with a limited number of invited people, so that they could clear out some paintings and make room for new art. I wondered if it was a symbolic clearing out of the old at the end of the year, but Jim’s reasoning was much more practical.

It’s coming up to Christmas, and it’s a chance for people to sort out presents for friends and family, and maybe take something back to England or wherever they hail from. All the paintings are reduced, so they can grab a bargain as well.

I asked Jim about the history of the La Mata painting. It derived from a photo he took on an early morning walk on La Mata beach, back in 2010. It  took around three weeks to paint, and by now, I was in love with it. I was also determined to rehome it in Piddock Place. I’m no art critic, but I know a lovely piece of art when I see it, and the fact that Jim had only been painting in earnest for six years when he created it makes it even more special for me.

Having chosen my Christmas present, I thought I might as well get a blog post out of it, so I asked Jim what he’d been working on lately. The guy is nothing if not versatile – you won’t get 10 different studies of the same flower from the Barry Brushes. Therefore I wasn’t all that surprised to learn his newest work is ‘The Boys are Back.’ It’s a vibrant painting of Thin Lizzy on stage, but like most of Jim’s work, there’s more to the story than what you see on the canvas.

Before he came to Spain, Jim was lead singer with The Memories, an Irish rock band who had a Number One hit with The Game, the 1990 World Cup anthem. He was playing the circuit at the same time as Thin Lizzy, and their stage positions in the painting are how he remembers them playing in the 1970s. The amplifiers in the background are 1970s models too, as are the guitars, in which the detail has to be seen to be believed.  The painting took around five weeks to complete, and Jim is justifiably proud of it.

Jim and Jan weren’t quite finished with us though – they invited us to eat out with them. I thought that was pretty special, as I had just mentioned to Jan that I ought to put a contract out on Jim so my painting would shoot up in value. However, she had an even better idea:

Buy a few more originals, and then arrange the hit!

We spent a very entertaining and educational evening with them. For example, all these years, Tony has been referring to a certain Irish whisky the way it’s spelled on the label on the bottle. However, Jim pointed out the error of his ways. Apparently, it’s pronounced ‘Jemesons,’ as in ‘gem.’ You live and learn, don’t you?

Tony must have been feeling generous – or else he’d had one too many ‘Jemesons’ – because he said I could also have another Gaslight series print. I wasn’t able to bring it home, as it needs to be mounted, but ‘Las Palmeras de la Mata’ is safely installed in its new home, and it looks stunning.

If you’re searching for that special gift, or if you just want to brighten up your home and treat yourself to something wonderful, check out Jim’s catalogue here, then message him to arrange a viewing.

Jan’s artistic style is totally different, but equally easy on the eye. She’s a former dancer, and her ballet studies are stunning. She’s also pictured sitting with two of her own originals in the slideshow. Between Jim’s and Jan’s work, you’re sure to find something really special, whatever your taste in art. Say hello from me while you’re there!

StumbleUpon
0
Posted in Being Sandra in Spain
Posting....
Google+