How I make the Cabbage Soup Diet work for me 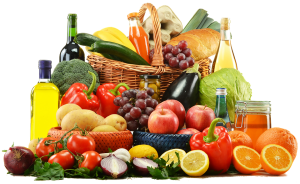 Mention the Cabbage Soup Diet and mosty people look at you as if you’ve just suggested they eat their own entrails in an effort to lose weight. In fact, the way it’s perceived, most people would probably eat their own entrails than spend a week on this most vilified of diets. However, because I find it difficult to lose weight due to the cocktail of drugs I take to manage my Lupus – and my fondness for cava and vodka  – I was willing to try anything. This sounded good, and I love soup and fruit and vegetables, so I ran the diet past my doctor.

He agreed that the diet was pretty healthy, and as you only follow it for one week in four, he couldn’t see any problem with it, as there was some provision of carbohydrate and protein in there. However, he did say that I needed a more balanced intake each day, so he suggested doctoring the diet a little to allow for that. I did just that, and although I don’t lose the 10lbs that is achievable following the Cabbage Soup Diet as is, I managed to lose 6lbs last week, and never felt hungry once. Here’s how I did it.

Chop all ingredients, season with any herbs, stock cubes, salt and pepper. Add plenty of water and cook for at least 1 hour. If you want a thicker soup, liquidise some of it and return to the pan. Freeze half of the soup and keep the rest in the fridge. Ring the changes by seasoning individual servings of the soup with curry powder, Bovril, paprika, etc.

You can have as much of the soup as you want, whenever you want it. However, I tend to have a bowl at lunch time with some fruit, then another bowl either as a starter for my evening meal or supper later in the evening. Any more than that and I’m sick of it after three days.

On the original Cabbage Soup Diet, there is one day when you can eat up to six bananas, and drink two pints of milk as well as the soup. I spread the bananas over the week and have them for breakfast, and allow myself 1/4 pint of milk each day for tea, or a small pot of Greek yogurt. Over the space of the week, that’s sufficient without going over the two pints, as the original diet allows a little milk each day.

I also fit in a small jacket potato or baked sweet potato, or a small serving of pasta or brown rice to fill the carb quotient.

I take care of the protein bit by having a had boiled egg occasionally as a snack, and cooking a small chicken breast or oily fish such as salmon or tuna to go with a jacket potato and/or salad. Another way to get a protein hit is to steam a selection of vegetables – anything you like other than parsnips or peas – toss in a little tomato frito, sprinkle with grated cheese and brown under the grill. Served with a jacket potato, that’s a filling and balanced supper.

Don’t drink any alcohol during the week – god, that’s hard! Drink water, tea or coffee black or with milk from your allowance, freshly squeezed fruit juice and other low calorie, alcohol free drinks.

Another good thing about the Cabbage Soup Diet is that it boosts your metabolism, so if you eat sensibly once the week is over, you’re likely to lose more weight. I’ve lost another 1lb in the last week, despite eating out with friends twice. If you have a lot of weight to lose, you can repeat the diet after a month. I have the UK premiere of The Cucaracha Club coming up in May, and I want to look my best for that, so I’ll be doing another stint on it. And with fruit and vegetables so plentiful and cheap here in Spain, it’s not an expensive way to lose weight either. Why not try it and let me know how you get on?