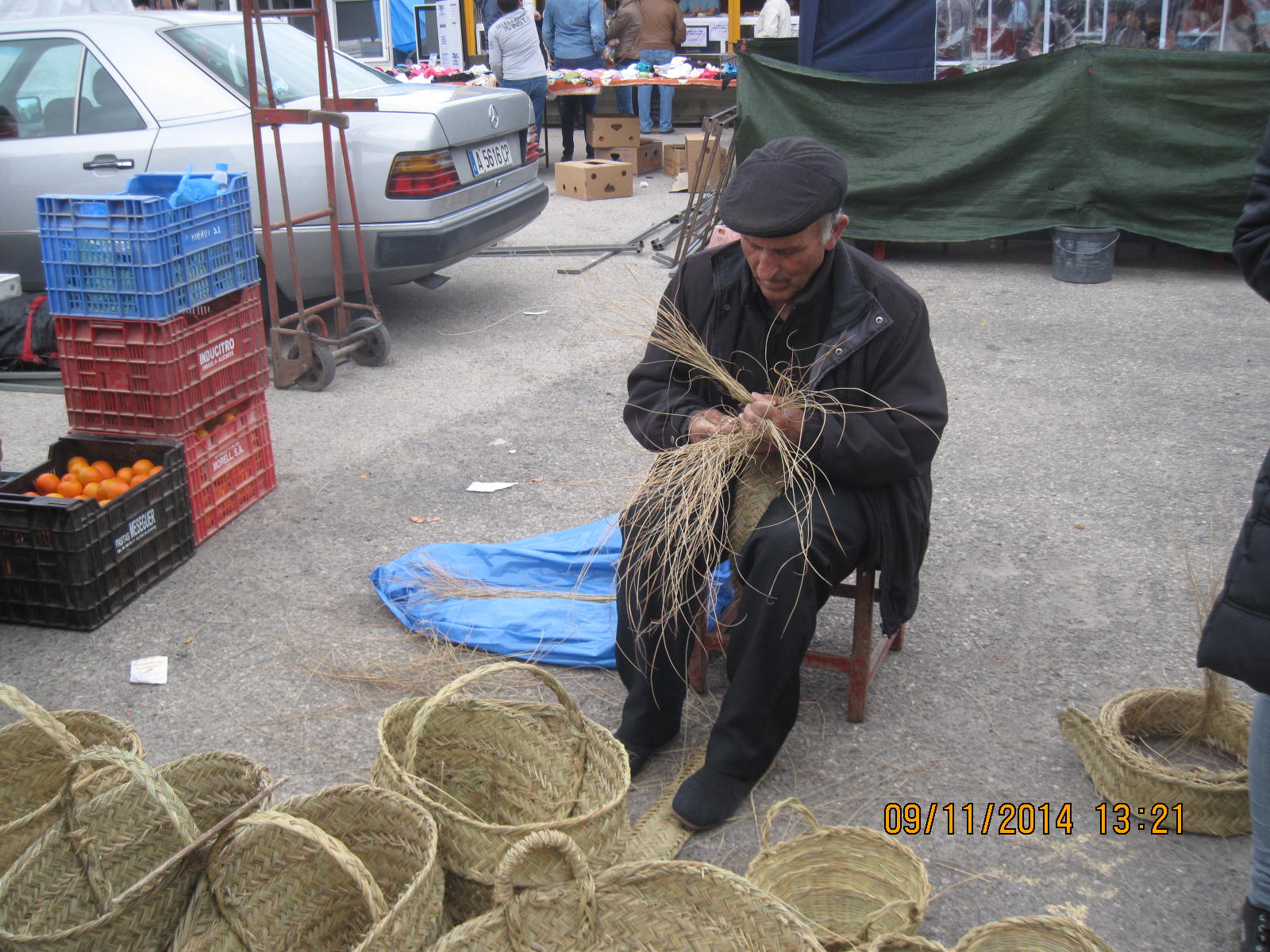 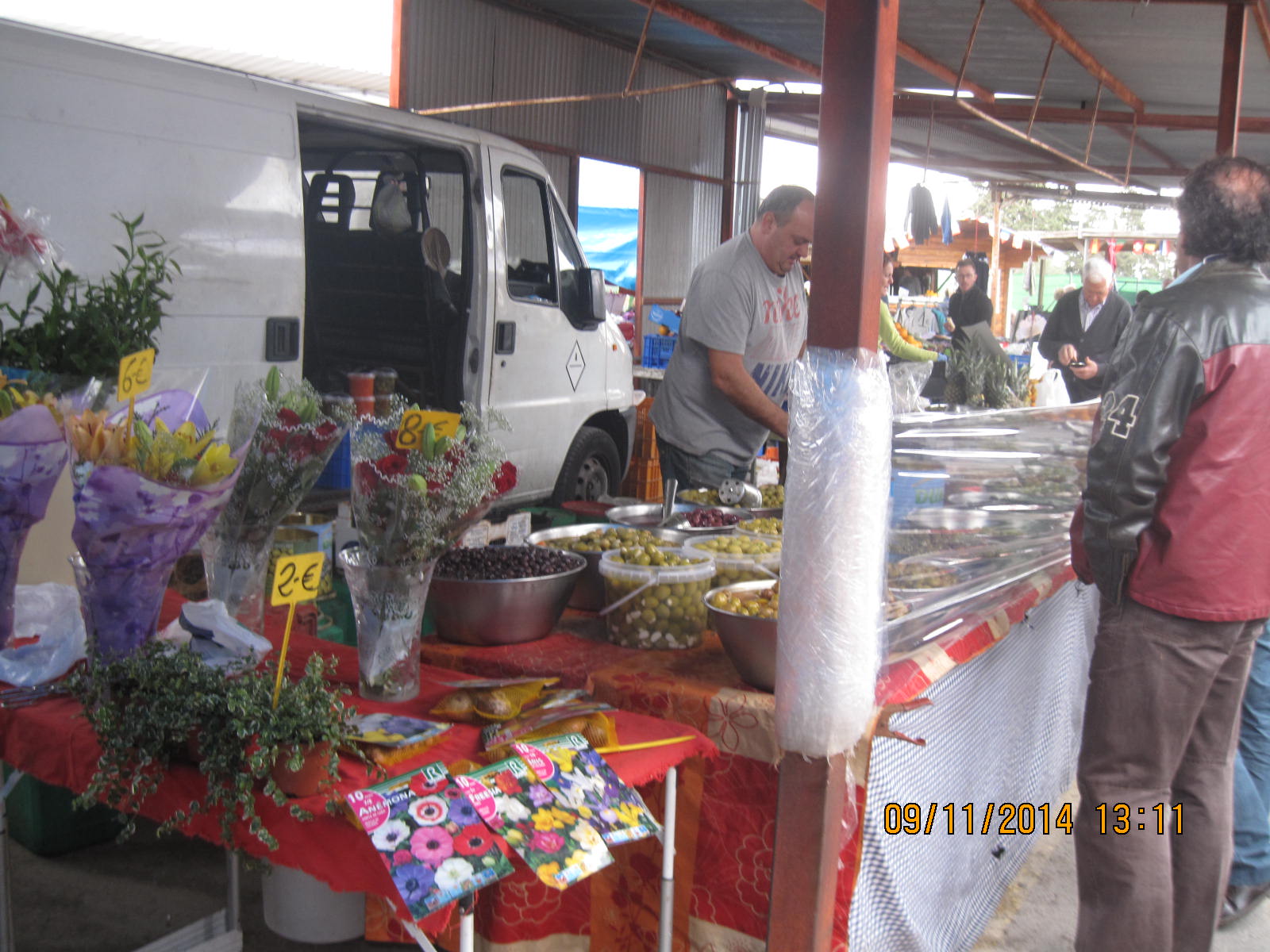 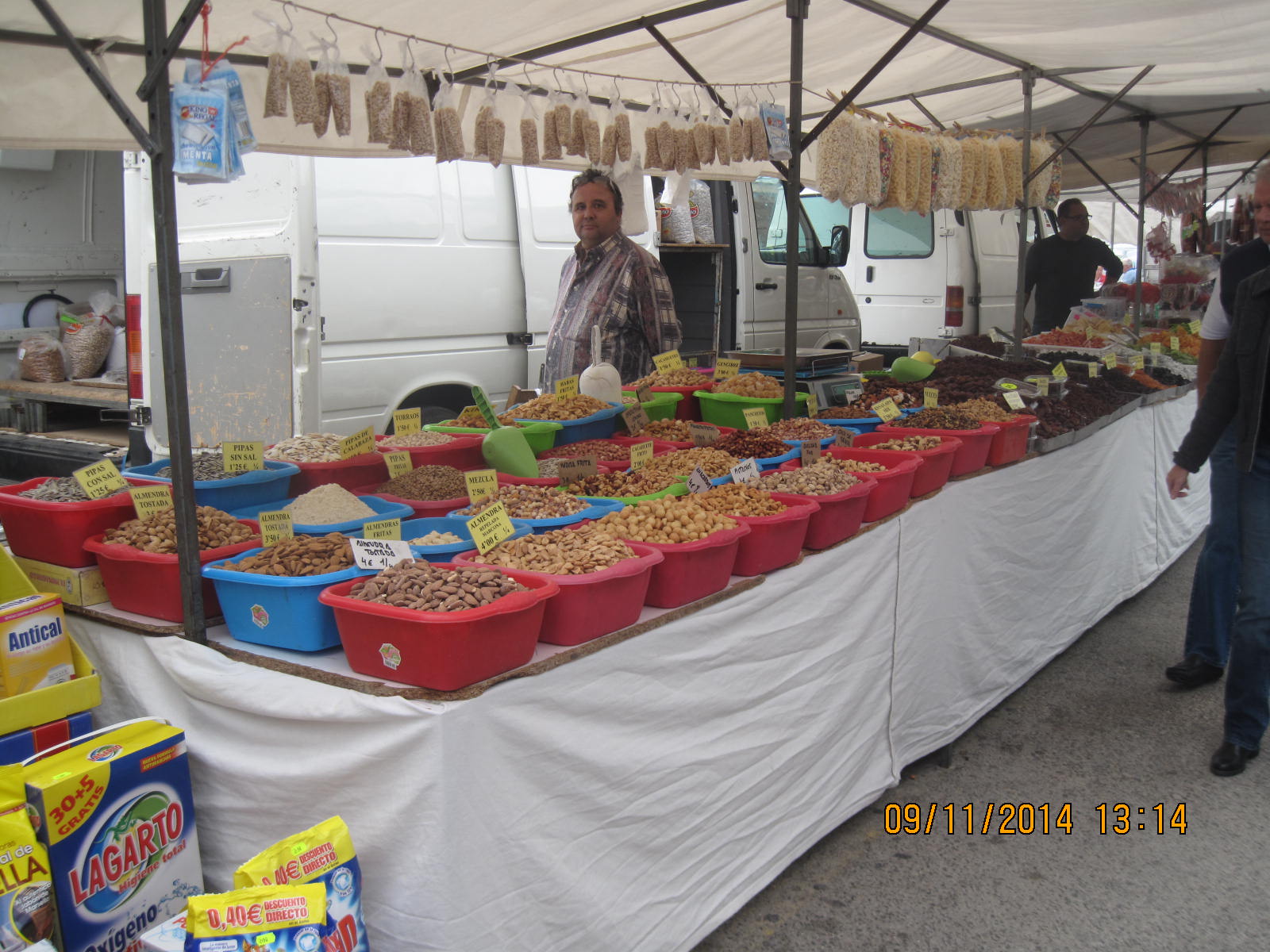 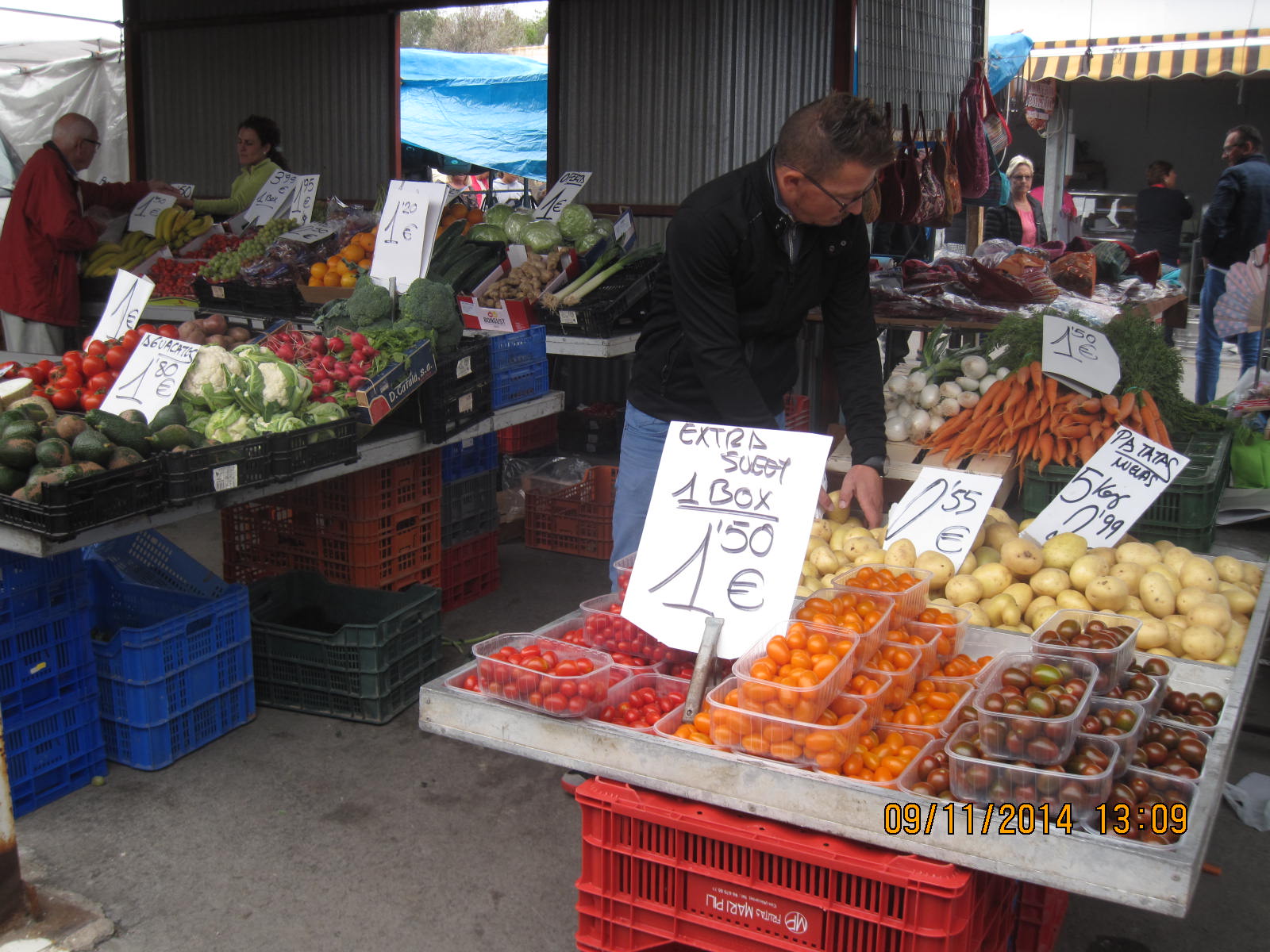 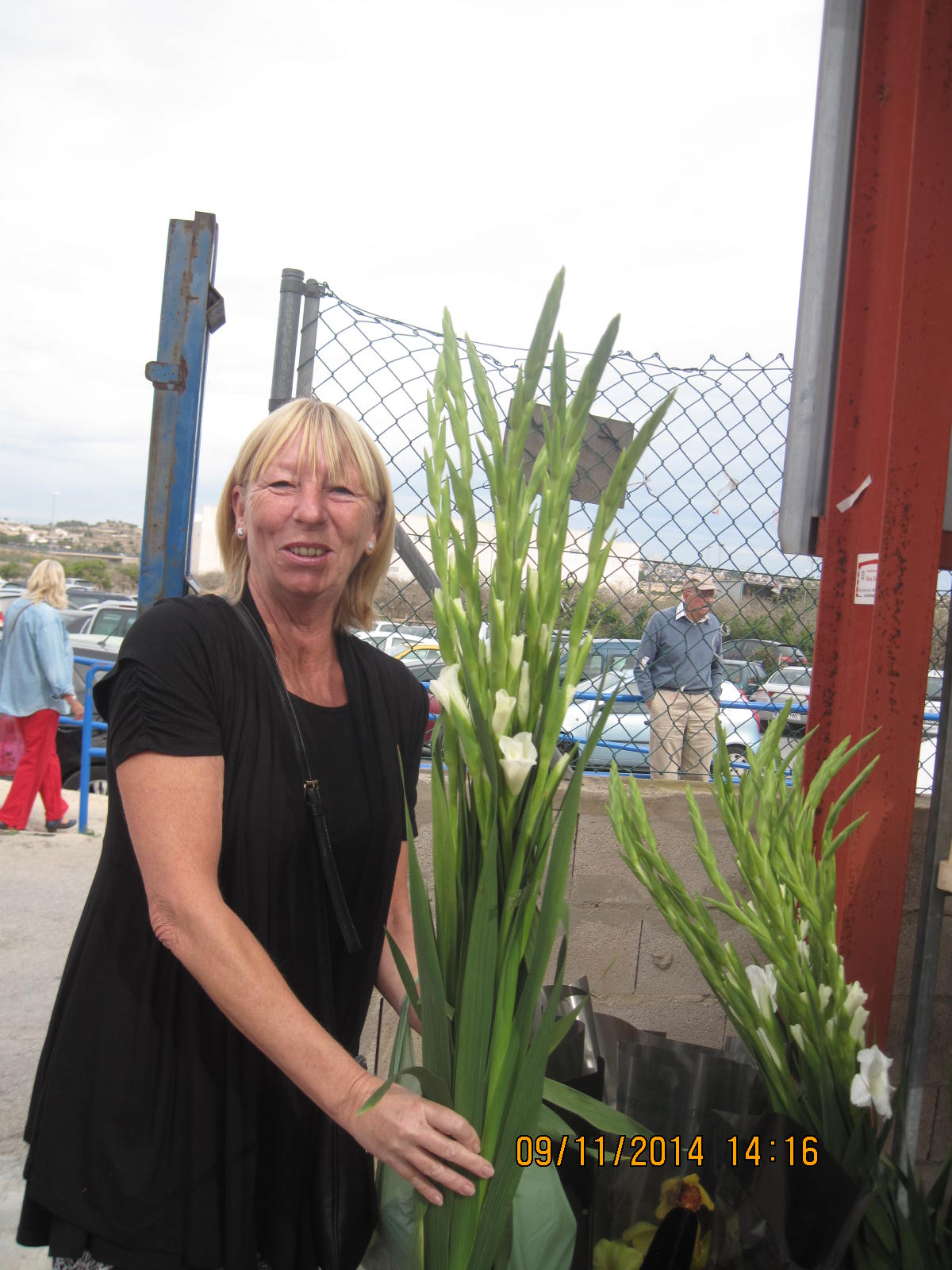 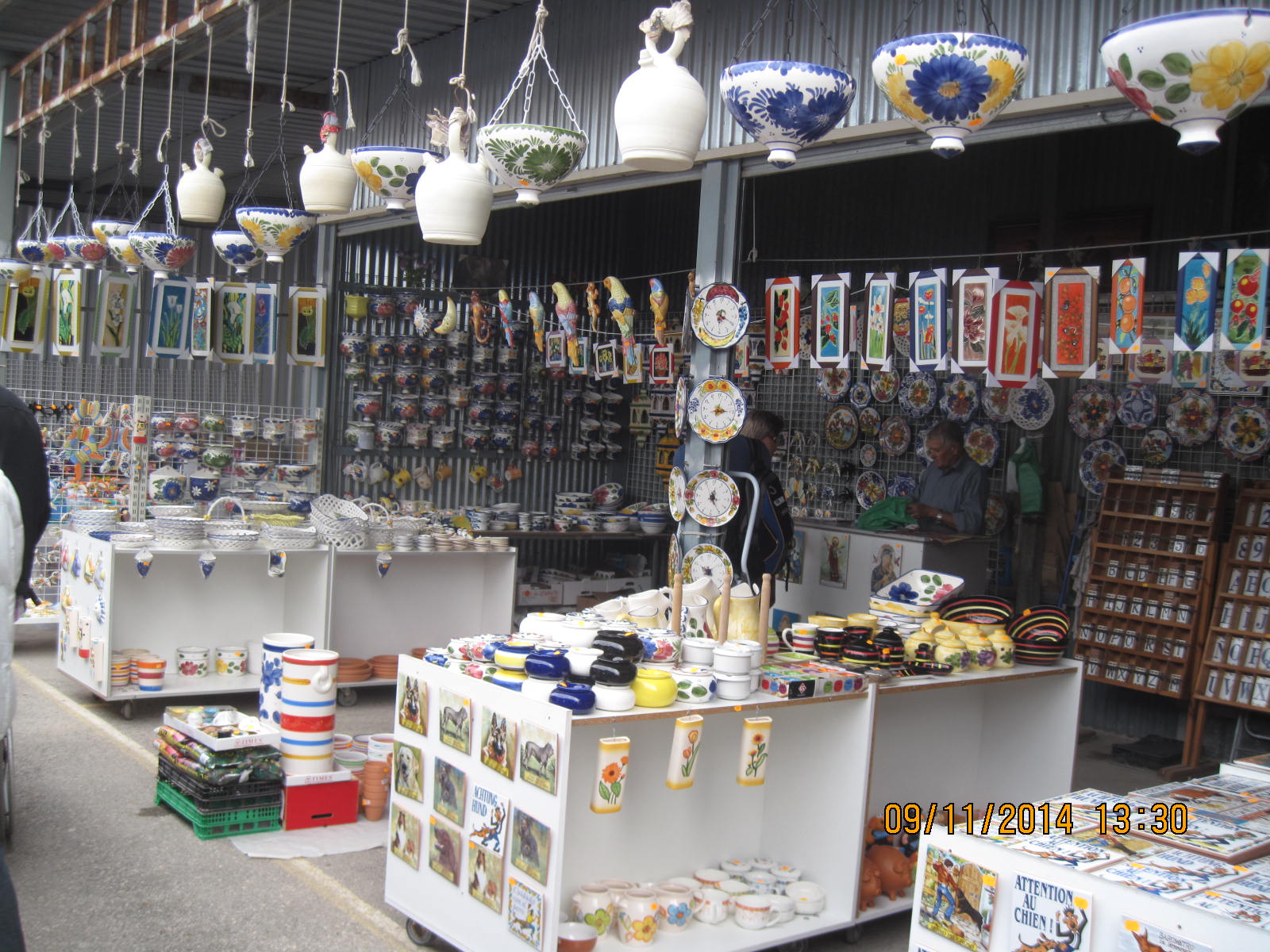 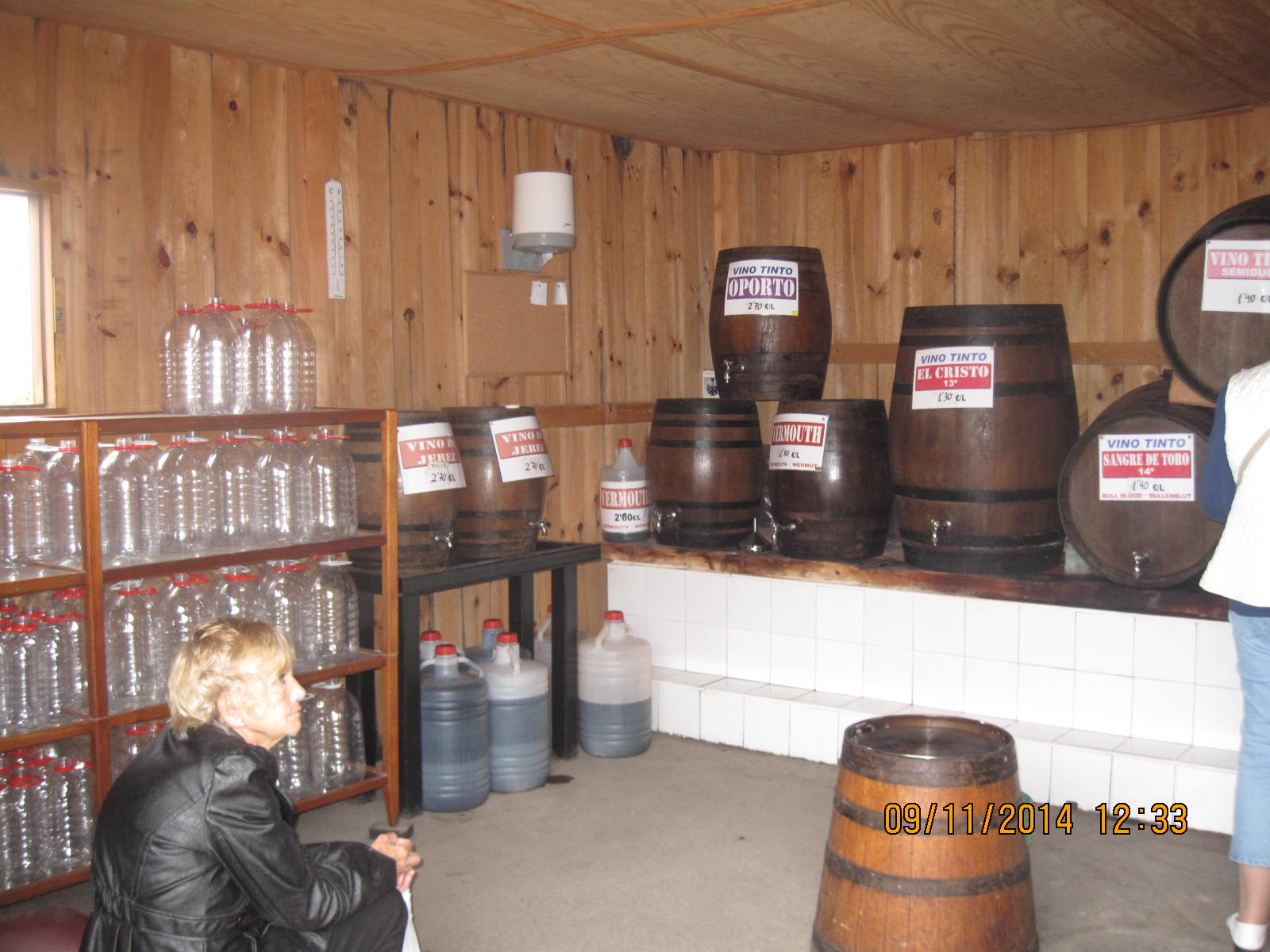 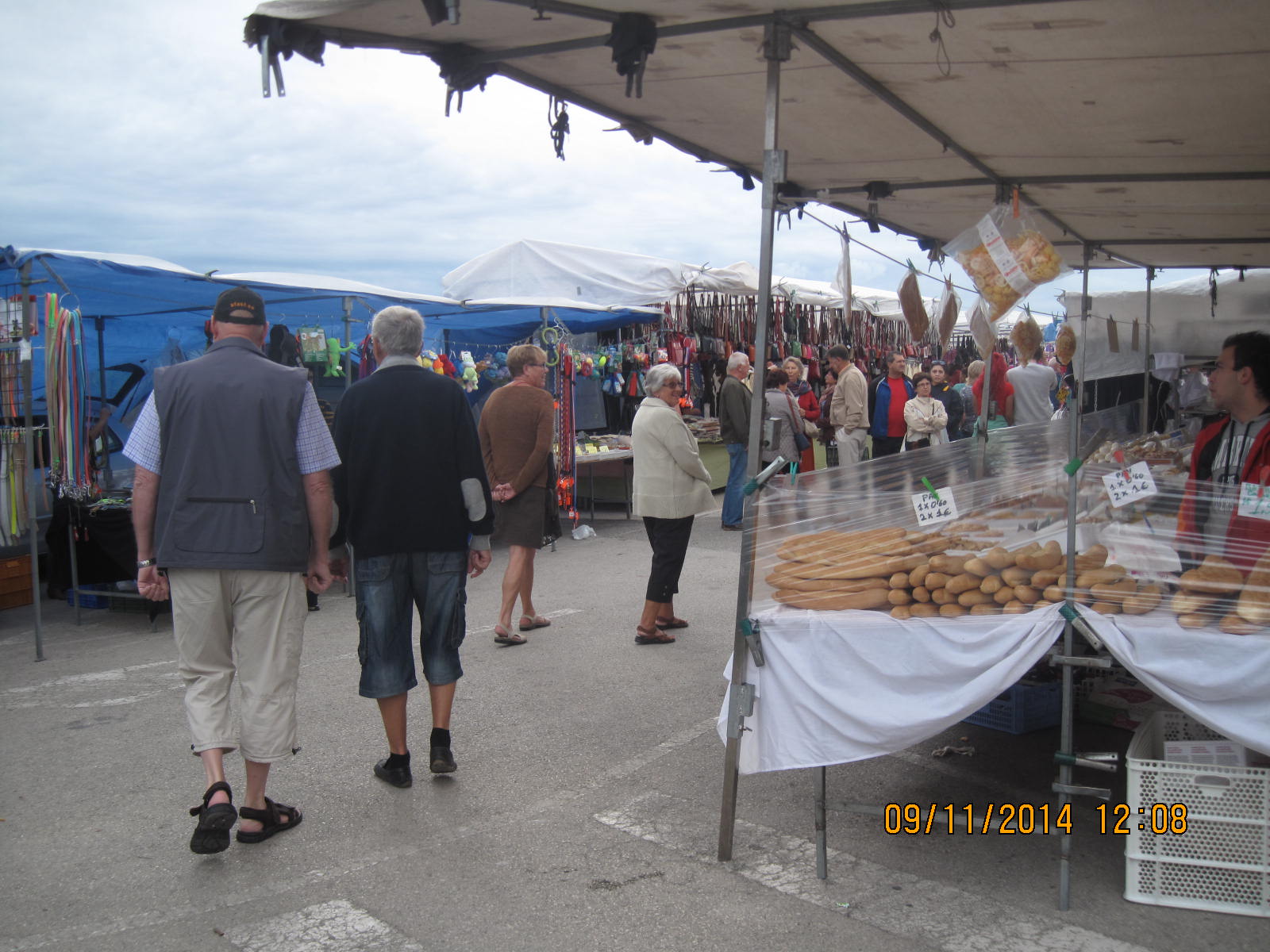 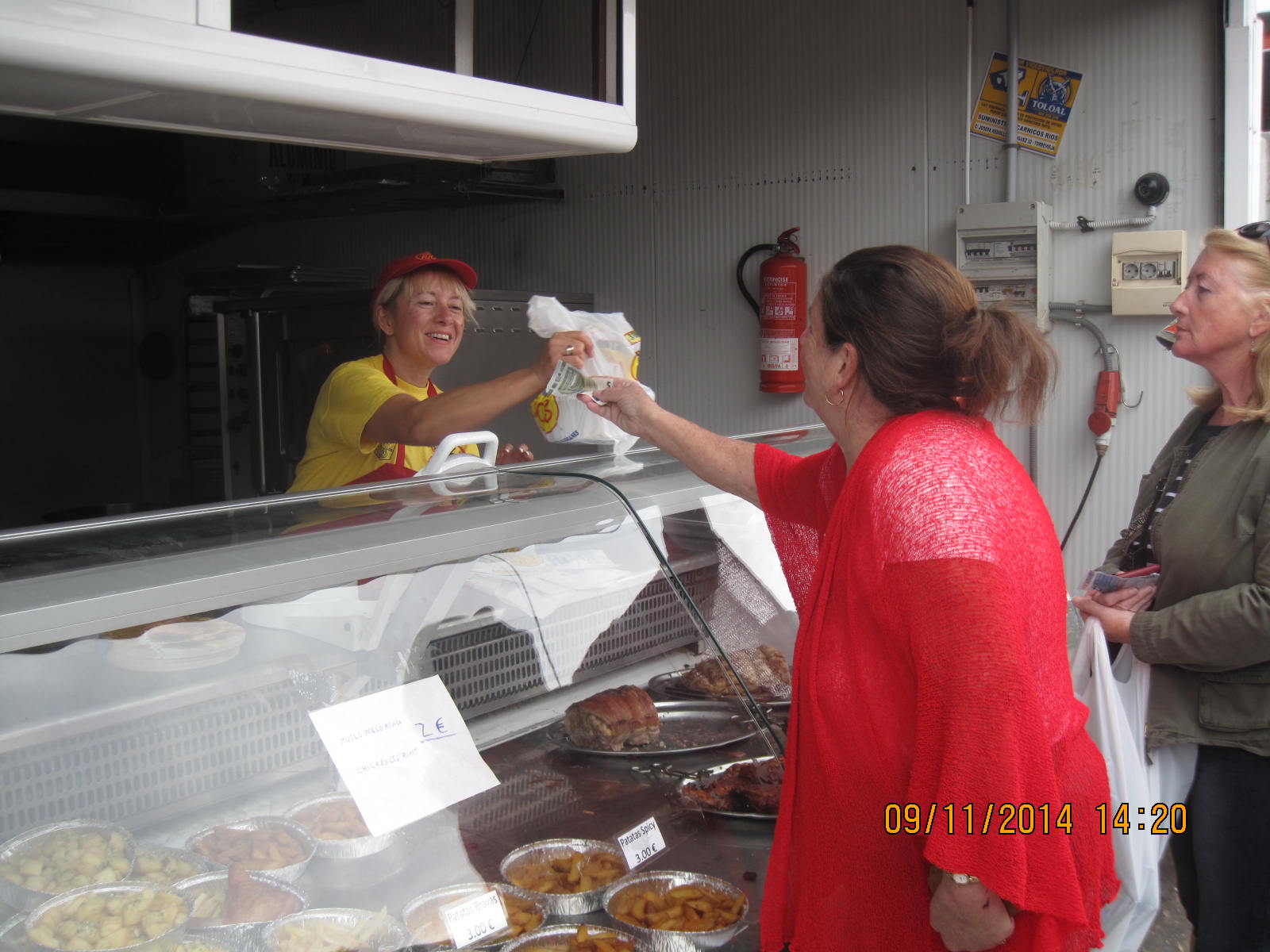 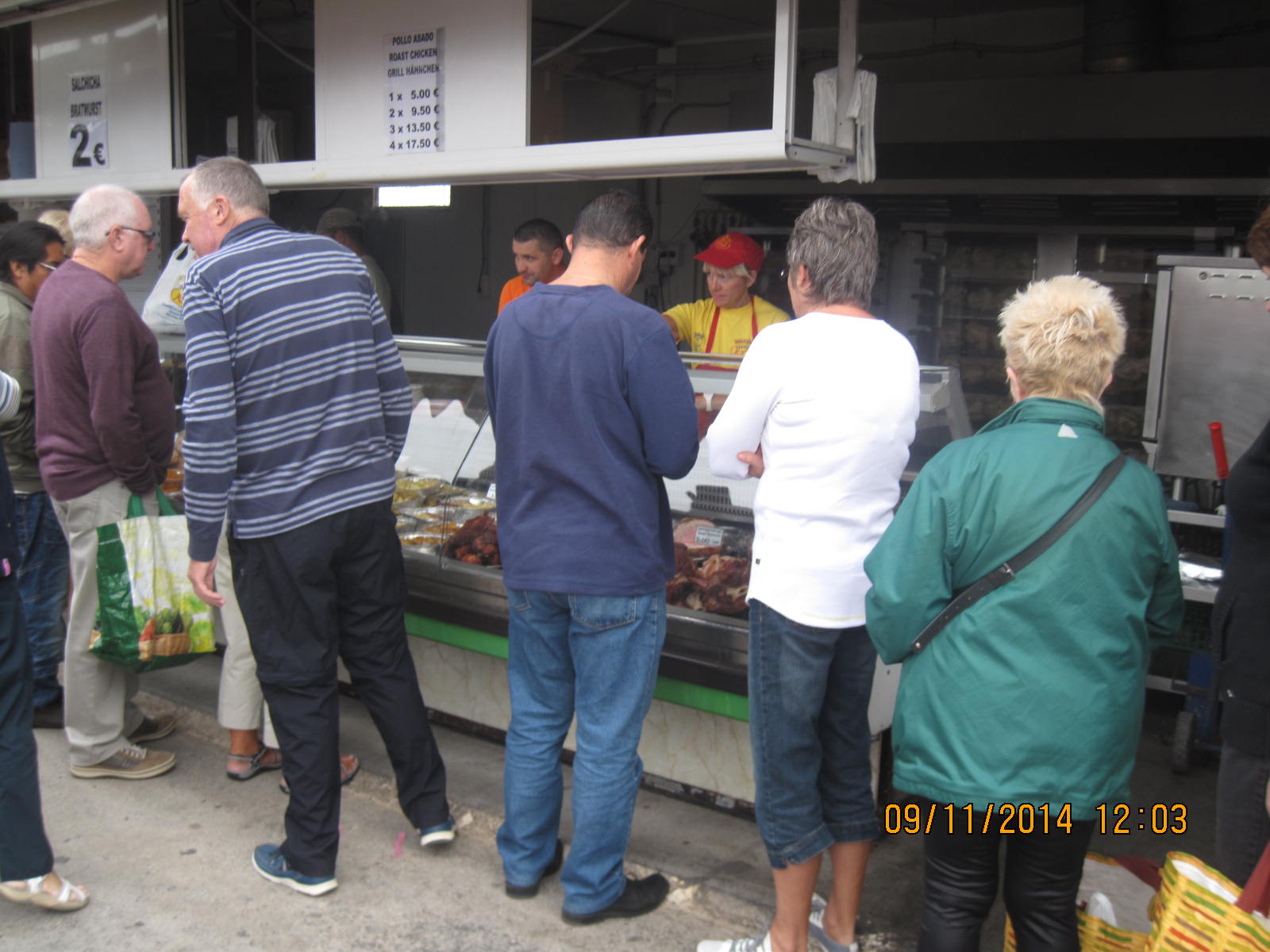 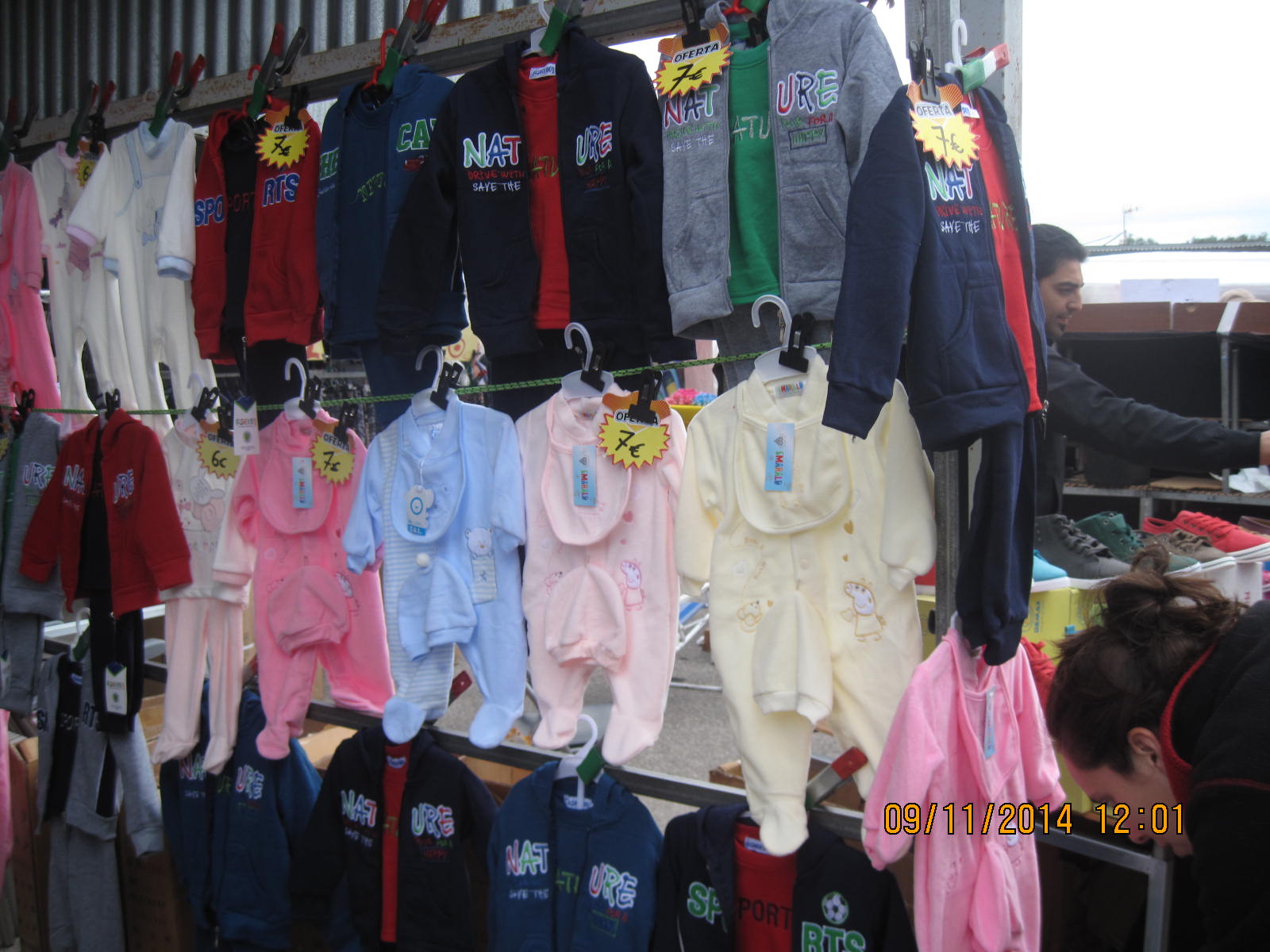 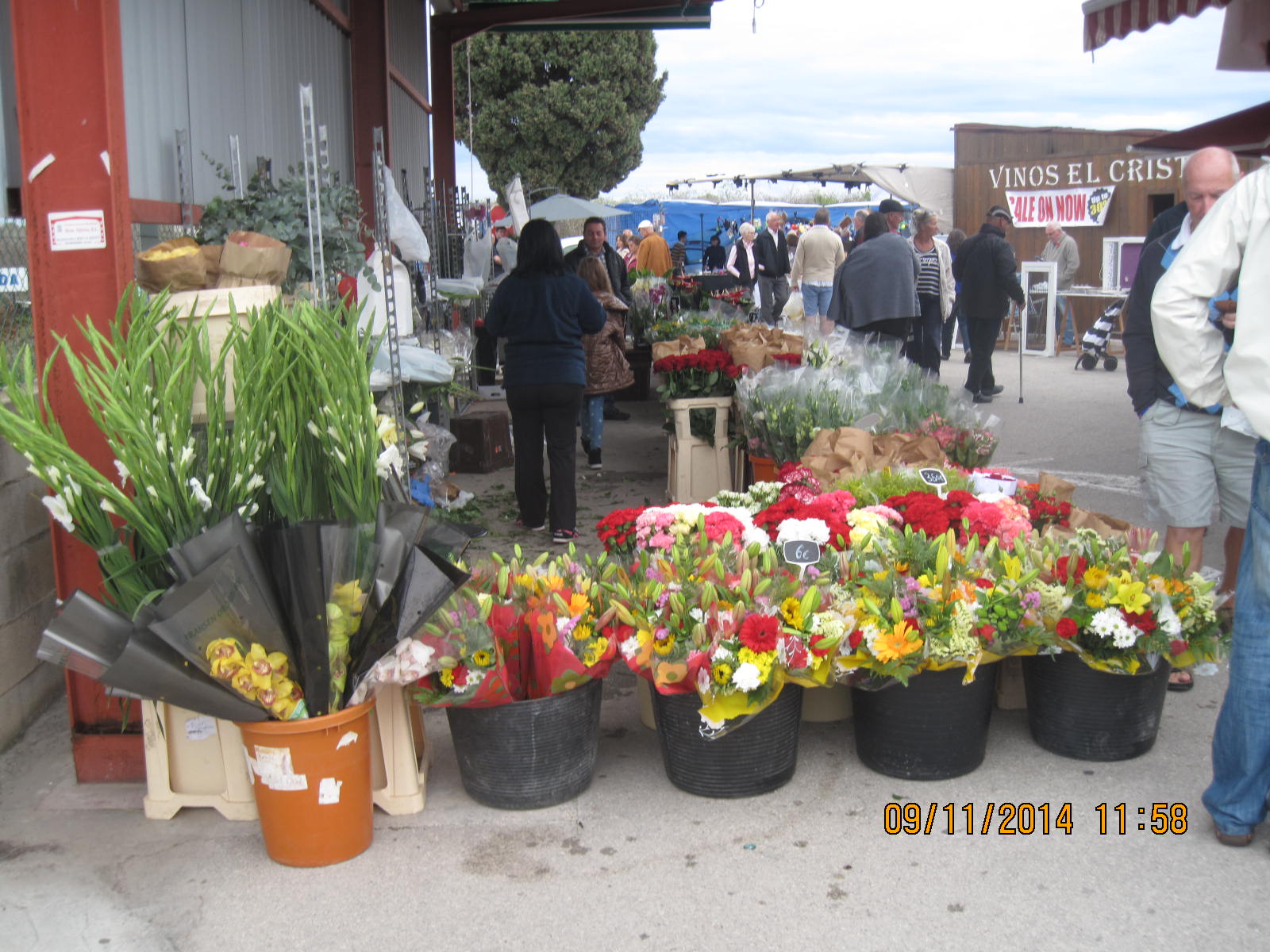 One of the great things about living in Spain is that you can shop at a market every day of the week if you want to. And in Algorfa, we have two, right on our doorstep. There’s the small street market in the heart of the pueblo on Wednesdays, and there’s the much larger El Zoco Sunday market, which is situated just off the Torrevieja Norte exit of the AP7, on the San Miguel – Algorfa road.

If you’re wondering about the name, a zoco is an Arabian market, of souk, and there were a lot of them in Spain before the Reconquest by the Christians. That sounds exotic, doesn’t it, and there are some exotic purchases to be made at El Zoco. Think herbs and spices, incense burners, various sorts of honey, exotic orchids and majestic aloe vera plants.

And there’s the ordinary stuff like socks and underwear, clothes, toys, kitchen ware, leather goods and shoes. And don’t forget the wide range of fruit and vegetables, produced by small  independent growers without the aid of chemical pesticides. So you’re getting organic produce without the mark up.

One tip to bear in mind is it’s best not to eat before you go to El Zoco, or any other market in Spain for that matter. The produce stall holders are so proud of their wares they insist on you sampling them – and we’re not talking small samples either. All the produce stalls will have large chunks of melon, orange, grapefruit, grapes, peaches, and all manner of stuff for you to try. And the cheese and ham stalls will also be offering tasters t00.

When we first went to the market, we made the mistake of eating breakfast, so we didn’t have room for the tasty morsels on offer. Some of the stall holders take it as a personal affront if you don’t sample their wares, so in the interests of preserving amicable Anglo-Spanish relations, we never eat before heading for the market these days.

You can get some great bargains at El Zoco. Last week I went with my friend, Venessa, and she bought a lovely pair of knee length boots for €15, a huge bunch of gladioli for €6, along with fruit and vegetables at silly prices. I bought two unusual, made in Spain presents for my soon to be born grandson, some sheepsking mittens for just €3 in readiness for my trip to the UK, fruit and veg and a pollo asado (roast chicken) for lunch. At just €5 for a chicken large enough to feed the 3 of us – Paddy lovels pollo asado too – it would be rude not to!

What I love about Spanish markets is that you can buy stuff you’d never see on English markets. There’s a bodega where you can stock up on wine, port and other alcoholic delights, and there’s a huge stall devoted to different sorts of honey. You can even buy pets, although I’m not really comfortable with that idea, given the huge problem with abandoned dogs and cats here. And the produce stall holders don’t mind if you pick over their fruit and vegetables to get the tastiest morsels. In fact, it’s pretty much compulsory here – they give you a funny look if you ask them to choose for you.

I buy most of my clothes and shoes from the markets, and it’s rare that I pay more than €10 for either. In fact, one of my favourite dresses, which always draws compliments, cost me just €3 from Rojales market, It was a long, multi print cotton dress which I picked up at the end of my first summer in Spain, when they were clearing stocks ready for the winter fashions.

Never pay the asking price – except on the fruit and vegetables and food stalls. I managed to get a Euro knocked off each of my purchases for the new grandson, and I always ask for discounts if I buy two of the same items. For example, I bought two unusual wine accessory sets as Christmas presents, and saved €3 by buying two together. When I added up the savings I’d made by haggling, I’d saved €8 on prices which were already ‘muy barato’ (very cheap). ‘They can only say no, so have a go’ is my motto on the markets.

It goes without  saying you should always keep an eye on your cash and cards at the markets or any crowded places. My strategy is to keep a load of coins in my pockets, so I don’t need to keep pulling out my purse. And I have a special ‘market bag’ which is deep, with thick straps that can’t be slashed through, and press stud fastenings at the top. Make life difficult for the pickpockets, and they’ll leave you alone and look for easier targets.

When you’ve shopped till you dropped at El Zoco, there are plenty of places where you can make a pit stop for refreshments. If you’re hungry, you can feast on and English breakfast, German bratwurst, Spanish paella, Norweigian fish, and pretty much anything else that takes your fancy. If you haven’t already sampled the delights and soaked in the atmosphere of El Zoco Market, maybe you should put it on your list of things to do around Algorfa,