Being detained can be so entertaining! 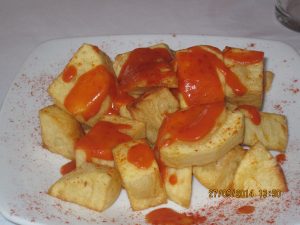 If you are wondering about the title of this post, all will soon be clear. I should explain that I firmly believe that if you live in another country, or even spend a lot of time there, you should learn the language. So when we bought our property in Spain seven years ago, I started to teach myself Spanish.

By the time we moved here, I could order most food and all the drinks I like in Spanish, as well as being able to exchange a couple of sentences about the weather. Then I got a bit complacent and stagnated a bit, so I started to attend regular lessons, and my Spanish got to the point where I could make a fair bit of small talk, as well as shopping in specialist shops and even helping out some of our neighbours with simple translations.

Then I started to get busier and busier with the writing, so I had to stop the lessons, but I still wanted to keep up with the Spanish practice. When a Spanish guy liked one of my Facebook shares about some of the problems people had with the language, he contacted me and asked if we could practice our language skills via Facebook messages. The routine is that he messages me in English, I reply in Spanish, and we correct each other’s mistakes as we go. A sort of virtual intercambio, if you like.

It’s been working really well, and we’ve had some very interesting chats. Juan is impressed with my Spanish cooking skills, and he says if ever Tony and I get fed up with one another, I can always move to Malaga! And I’m really impressed with his level of English. Most of the mistakes happen at my end, but yesterday was different.

We were expecting friends for lunch, and I was doing tapas, so I was telling Juan what I was preparing. He was impressed with the menu – tortilla, meatballs, crab salad, patatas bravas, Iberico ham and cheese and a selection of olives and banderillas, which are skewers threaded with pickled gherkins, olives, cocktail onions and chilli peppers. He asked if I cooked my tortilla with onion, and was delighted when I said tortilla without onion is an abomination. Apparently that proves I really am a Spanish cook, and not just messing around with it.

Always considerate, he messaged. ‘I won’t entertain you any longer, as you have a lot to do.’ After I’d stopped laughing, and congratulating myself that for once it wasn’t me mutilating the language, I said ‘I think you meant detain honey, but your mistake was very entertaining!’

So now Juan knows the difference between detaining and entertaining, and I got a blog post out of the deal. Seems like a fair exchange to me – what do you think?

2 Responses to Being detained can be so entertaining!