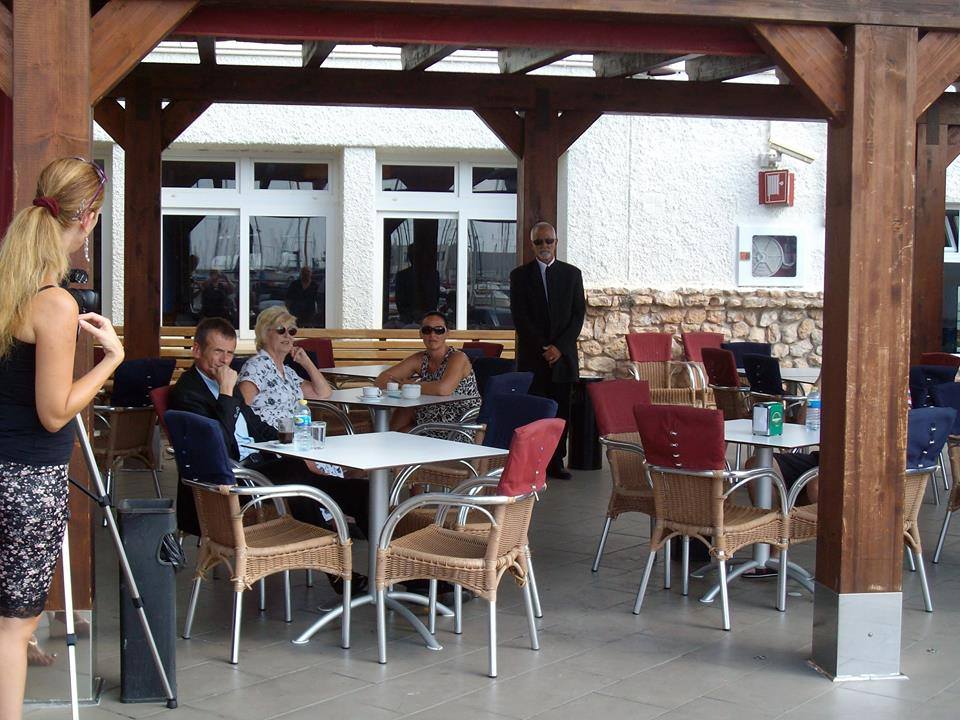 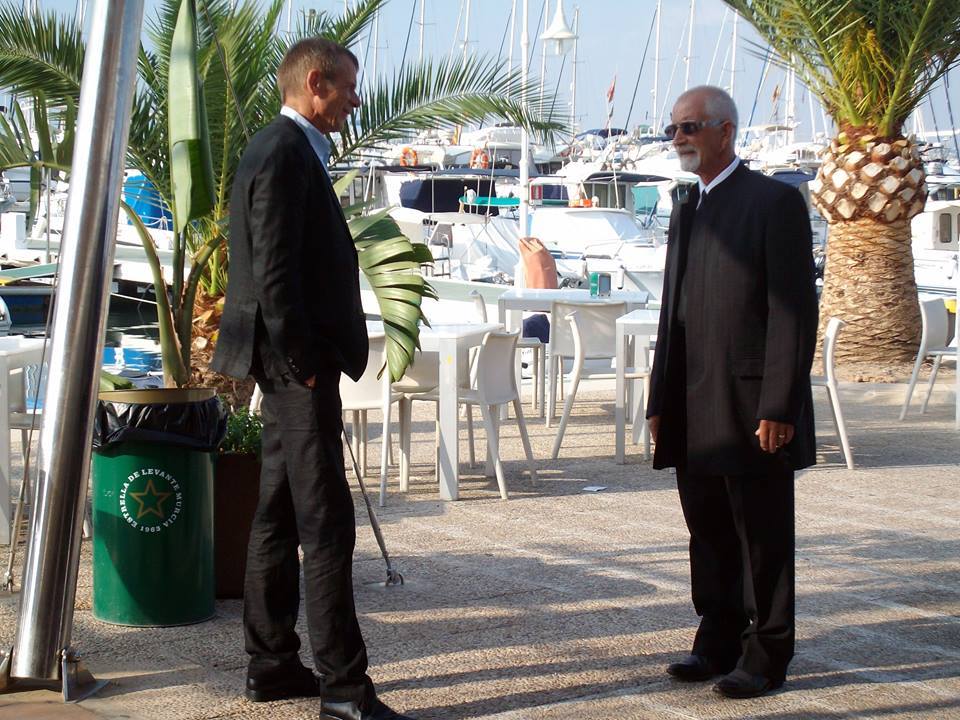 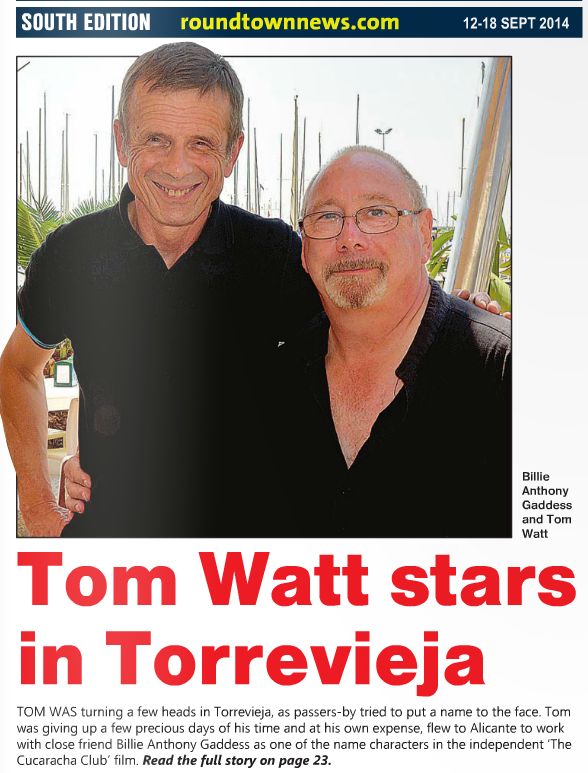 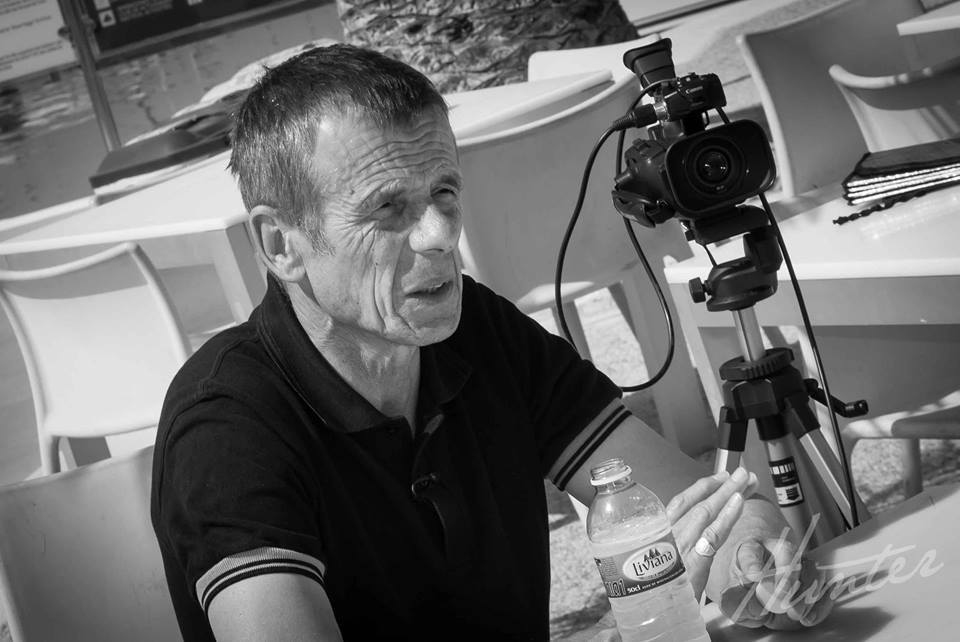 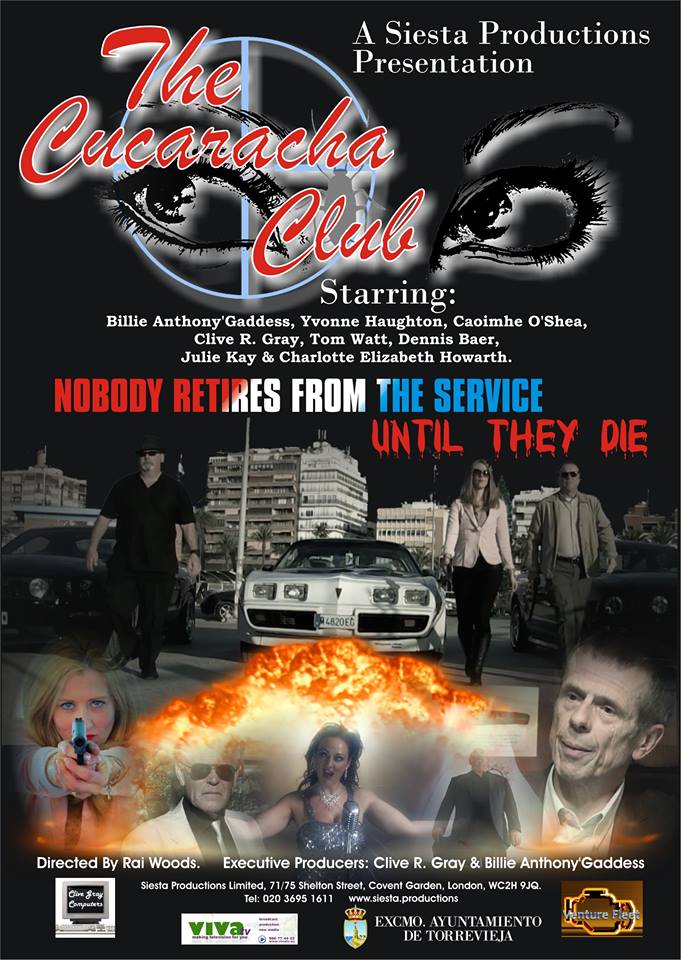 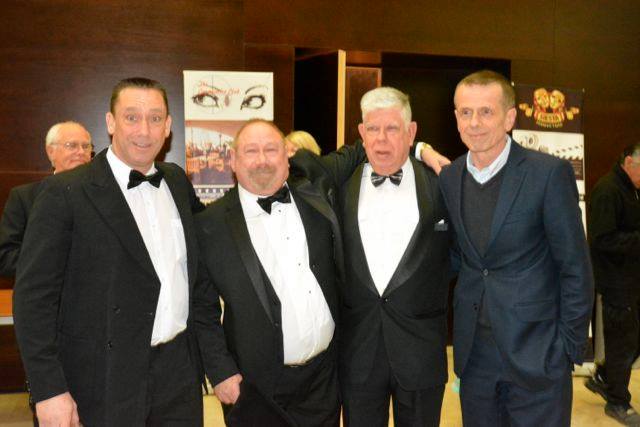 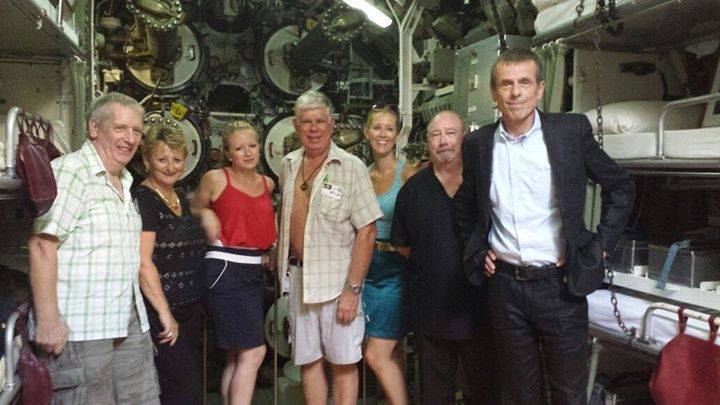 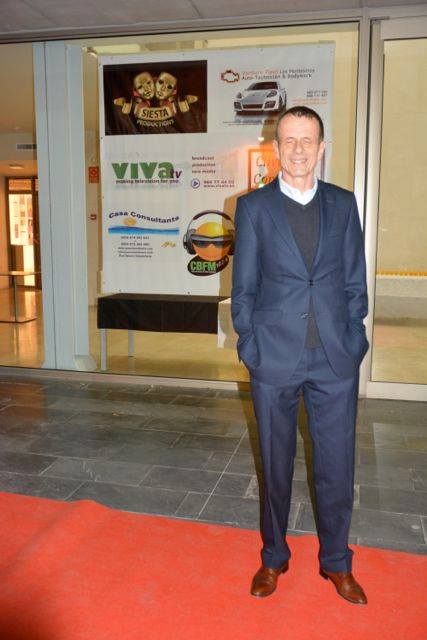 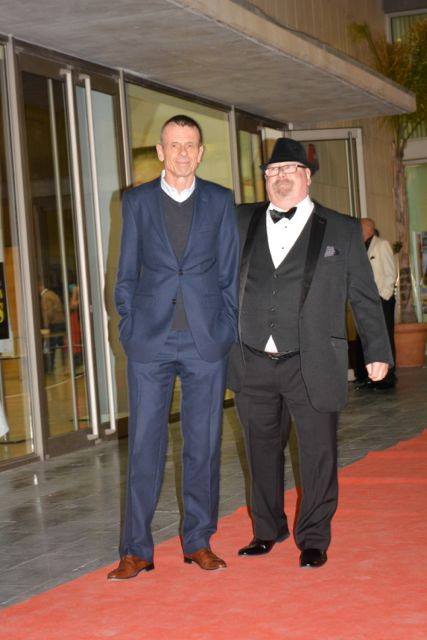 Back in 1985, Tom Watt breathed  life into George ‘Lofty’ Holloway, the amiable barman at the Queen Vic in EastEnders. Lofty had to leave the Army because of his asthma, but Tom was – and still is – pretty much obsessed with football. He played in  matches for Walford Boys Club, the EastEnders’ charity football team, and became friends with Billie Anthony Gaddess, a fellow actor and  now screenwriter and producer of The Cucaracha Club. Tom was impressed with the events Billie organised for the club, and when Billie confided his dream of writing a feature length spy thriller, Tom offered to appear in it and help in any way he could.

I loved the idea of the set up – it had a real community feel to it,’ Tom told me when we caught up recently. ‘I’ve worked on small independent British films in the past, but they were very different to this project. It brought people together and took them out of their comfort zone, so collectively they produced something that achieved much more than they could have done individually.

Coming from someone who has appeared in a Hollywood blockbuster – Tom played the Electrician in Patriot Games and was one of the few characters who didn’t get shot – that’s praise indeed.

These days, Tom doesn’t do a great deal of acting. He makes documentaries  for BT Sport Films, and concentrates on producing, writing, presenting and consultancy work, as well as appearing in the occasional play. It’s a measure of his friendship with Billie and the attraction of The Cucaracha Club concept that he agreed to play one of the pivotal characters.

Cameron Carrington is just  what you’d expect in a spymaster – ruthless, married to the job, and taking no excuses. When he tells Billie’s character George he wants his team of sangria-soaked former spies to come out of their drunken, empty retirement to rescue the ambassador’s kidnapped children, he brushes aside George’s protests with the line, ‘Nobody retires from the Service until they die.’ That just about sums up Carrington, but you get the feeling that, although he’s in a position of power, his life is just as cheerless as theirs. Tom seemed pleased I picked up on that one.

‘I see Carrington as a lonely man, and that’s how I intended him to come across.’ Director Rai Woods also visualised the spymaster as unfulfilled, and brought that  out in his direction. It’s Rai’s first full length feature film, and I wondered how Tom viewed the  production team, having appeared in a popular soap and a Hollywood movie. He was pretty emphatic on that one.

There was a  great community feel about the whole project, and a fantastic atmosphere. Everyone was so enthusiastic, and I respond very well to that. You have to have faith in what you’re doing, and all the different people who came together to make The Cucaracha Club had plenty of that.

Tom, like the rest of the cast, delivers a fine performance, but it wasn’t all plain sailing, especially when they were filming in the Delfin submarine. It was September, and it was 40 degrees, so effectively, they were acting in a tin box. On this particular day, the performances were defined by trying not to sweat! It’s not  exactly something ruthless spymasters are known for, is it?

The Cucaracha Club is a very good film – it isn’t likely to win any Oscar nominations, but it has an engaging plot line that doesn’t try to be too clever, the acting is good, the cinematography tells the story without getting wrapped up in special effects, and it looks good on screen. The Cucaracha Club 2 is already written and waiting to go into production, and the team are identifying areas where improvements can be made. I asked Tom for a professional actor’s perspective on this – how did he think the next film could be improved?

Well, everywhere you look there’s room for improvement – in the writing, the acting, the shooting, the lighting. I don’t mean that in a negative way, because a major part of wanting to do another film in a series is wanting to do it better. The fact that the first one got made at all is something really special, and of course we all want to improve on what we’ve already achieved.

Tom is justifiably proud of his part in the making of The Cucaracha Club, and is looking forward to being involved in the continuation of this remarkable project. Lovable Lofty has effortlessly become Caustic, Conniving Cameron Carrington, and we haven’t seen the last of him, or the rest of The Cucaracha Club team. Watch this space!