The Cucaracha Club: The Director’s Cut 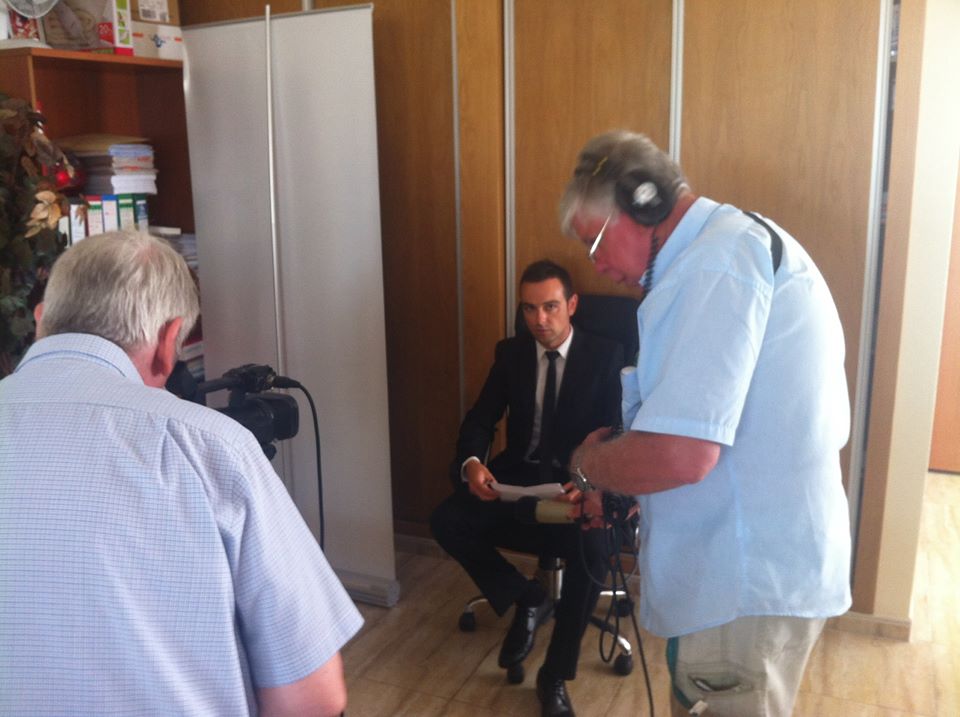 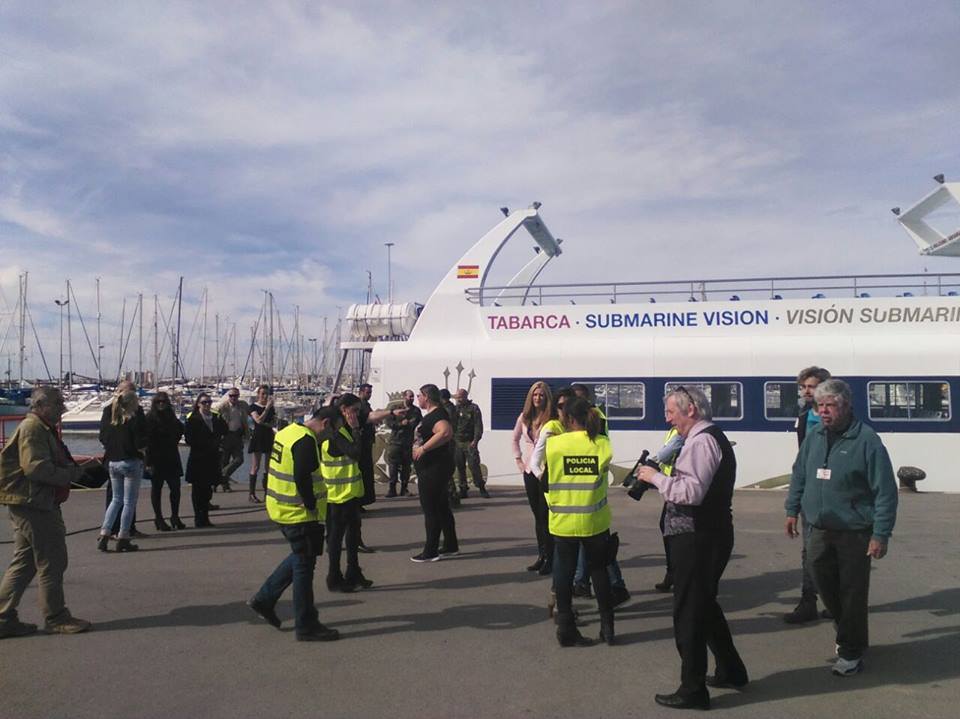 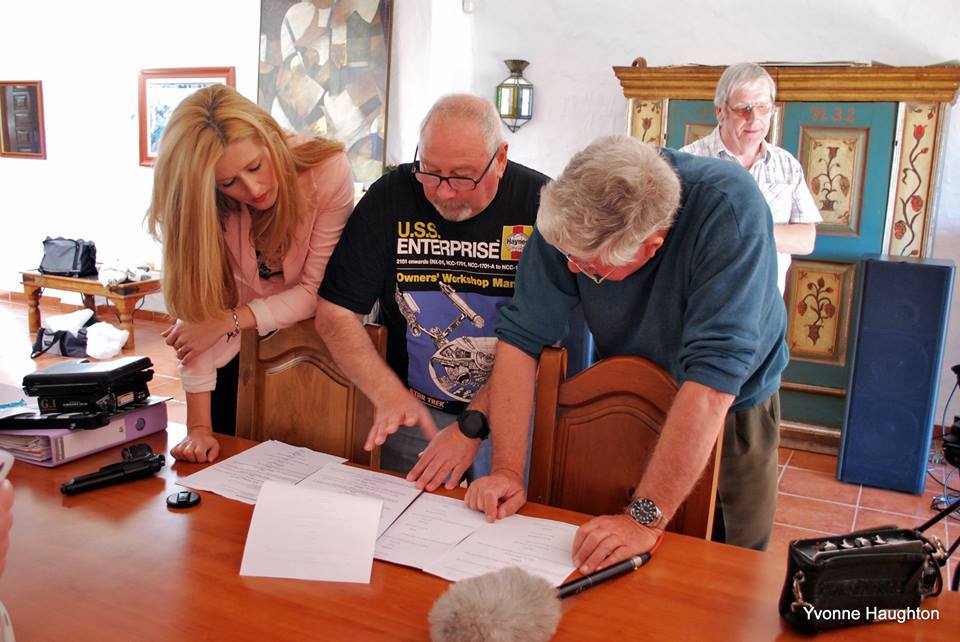 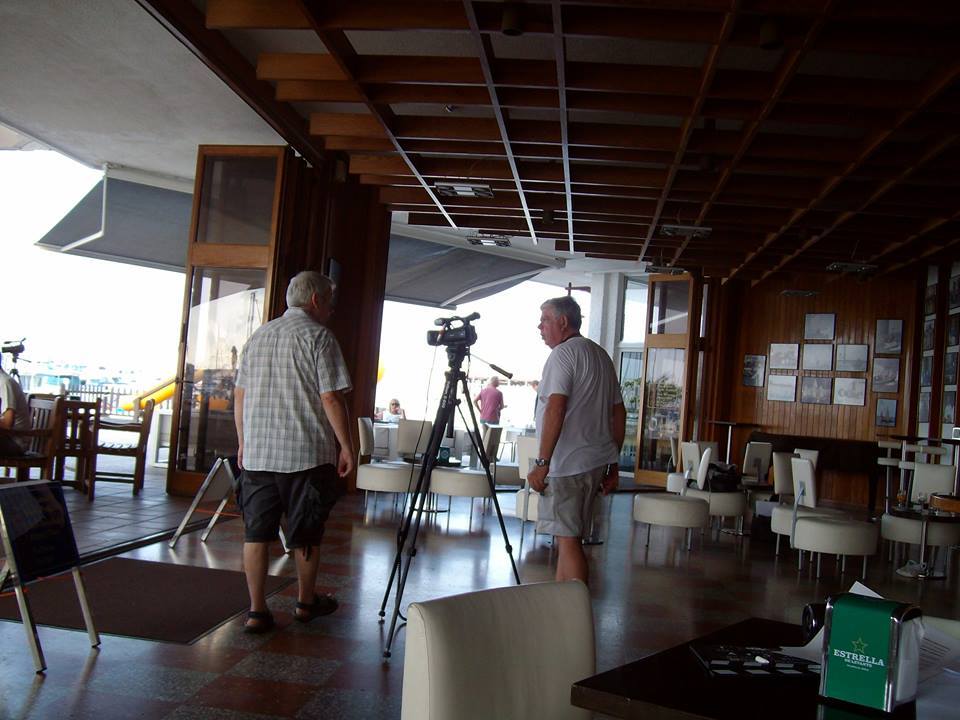 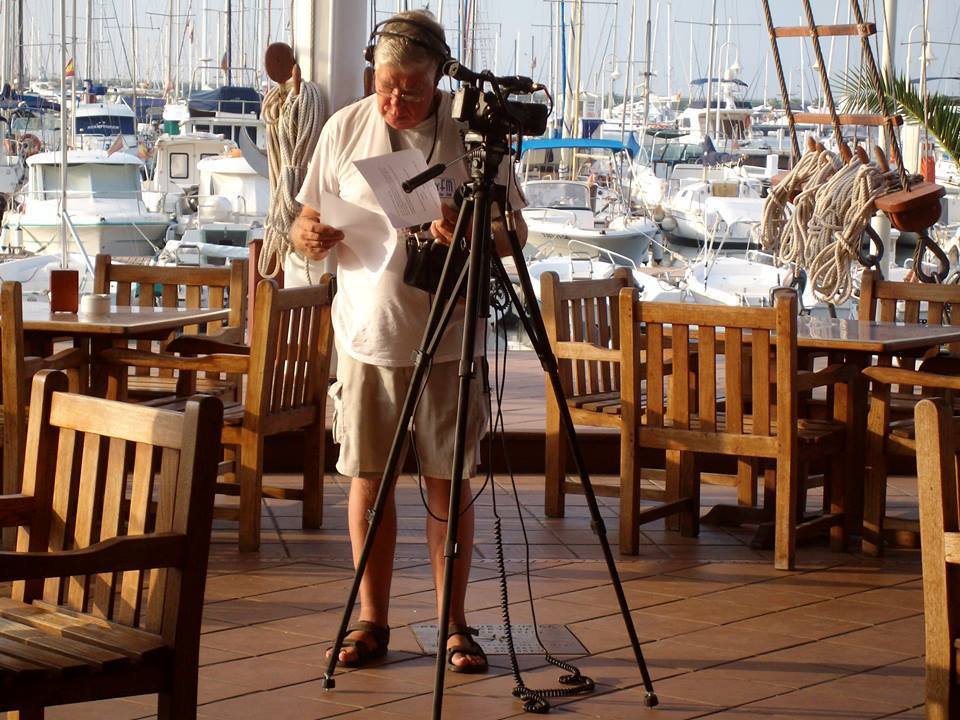 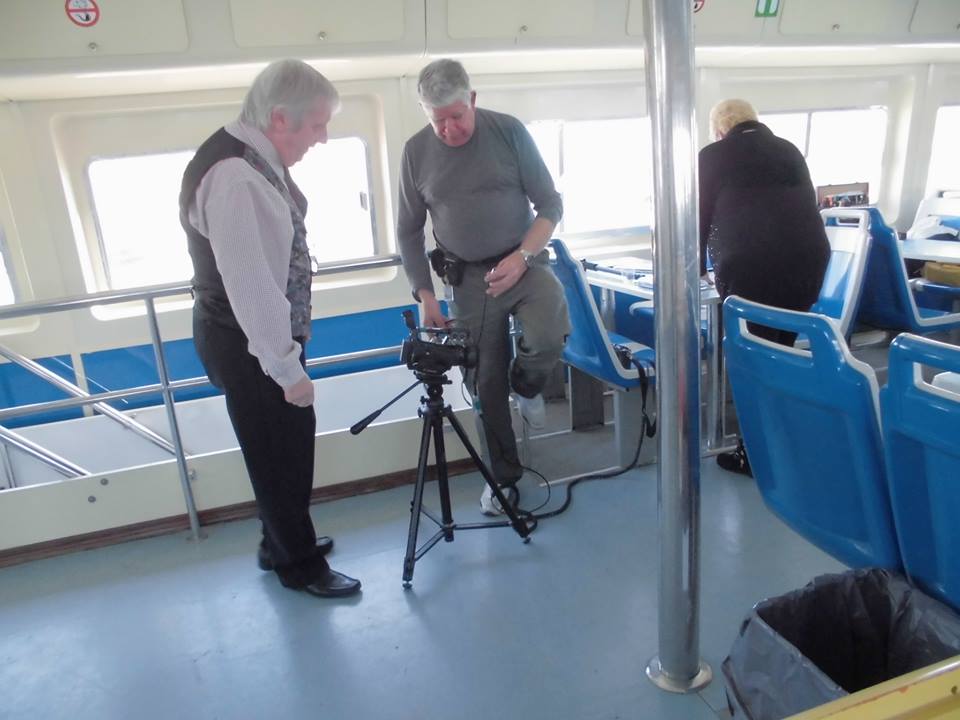 I love being Sandra in Spain – especially when I get involved in fantastic projects like publicising The Cucaracha Club. That’s the film which – putting it bluntly, just to emphasise the magnitude of the undertaking – was made on a tiny budget by a bunch of enthusiastic amateurs who’d never written, acted in, produced or directed a full length feature film before. The film notches up a lot of firsts. It’s the first screenplay Billie Anthony Gaddess has ever tackled, it’s the first film made entirely in Torrevieja and the surrounding area, using local businesses, houses, cars, boats, submarines and planes, and it’s the first full length feature film Rai Woods has ever directed.

Rai’s a good friend who’s enjoyed a long and varied career in broadcasting, and although he’s worked with John Schlessinger on Far From the Madding Crowd and Clive Donner on Here we go Round the Mulberry Bush, as well as working on the early Avengers series with Patrick Macnee  and Honor Blackman, this was new territory.

I’ve directed documentaries and short films, but on the big movies I worked on, I was third assistant director in charge of making the tea and crowd control basically, so I’ve never directed a full length feature before.

Rai didn’t intend or expect to direct The Cucaracha Club either, but  the production and editing crew from England had to pull out of the venture at short notice.  As the only member of the crew with solid directing experience – despite his self-deprecating ‘tea boy and crowd control’ remark – he was the obvious candidate for the director’s chair.

With  engineering experience to go with his broadcasting credentials, Rai was also able to come up with a unique way to communicate Spymaster Tom Watt’s ruthless character without a word of dialogue. When Tom – best known to British viewers as Lofty from Eastenders -first appears on screen, he swats an enormous fly with a file marked ‘Top Secret.’ So what,’ you might say? Well, knowing flies can be a bit unpredictable when the cameras are rolling, Rai made the fly himself, and very realistic it was too. It made for a chilling moment on screen, without the aid of computer generated effects, and that’s what’s great about this film – it may be a first on many levels, but it has quality and style. Like the best spy thrillers with big budgets, it looks good on screen, which is what Rai was aiming for all along.

I asked Rai what was the most difficult part of the directing experience, and apparently it was curbing the enthusiasm of the actors, so that the production came across as polished and professional, despite the largely amateur cast. The jet skis which were used in the kidnapping and ransom scenes caused particular problems. One kidnapper landed up in the water, because at heart he was a boy with a toy rather than a baddie with attitude. And when another kidnapper rocked up to refuel his jet ski wearing his skeleton mask and toting a replica gun, there was almost a terrorist alert at the Marina.

Cubby Broccoli never had this trouble on the James Bond films, but then he wasn’t trying to make a movie on a budget of just €23,000. And when Rai did an Alfred Hitchcock-style cameo in his own film as the submarine captain, he had to show Billie and co-producer Clive Gray how to work the camera so he could strut his stuff on deck. It’s amazing what skills you can uncover when you need to. There are other Hitchcock echoes in the film – the clean, crisp, classic cinematography for example. Rai rarely places his characters in the centre of the shot. They’ll be framed to one side, often with a stunning backdrop for company. It makes a welcome change from many modern movies where you feel as if you’re watching the action through the window of a speeding express train.

The film’s budget allowed no margin for costly special effects, but even if it had, it’s not Rai’s directing style.

I wanted the actors and the locations to tell the story, and you can lose that directness under trendy special effects. The Cucaracha Club won’t win any Oscars, but it is a good film with a good story line, and we’ve achieved something marvellous with nothing very much, other than a collective determination to make a movie worth watching that showcases Torrevieja and its rich seam of local talent.

Having seen The Cucaracha Club myself, I can confirm that Rai, Billie, Clive and the rest of the cast and crew have done exactly that. The art of directing, according to Rai Woods, can be summed up as:

Making the unbelievable believable by staying true to the script and visualising the end product. I try to achieve the impossible now, but miracles can take a little longer.’ It took around a year to get The Cucaracha Club in the can, and it really is a movie miracle

The world premier was in March 2016 in Torrevieja, and the UK premier is on Monday, May 15 at the Darlington Arts Festival in Billie’s native North East. The film has been awarded a 12A certificate by the British Board of Film Cassification, and the production team are now looking for  distributors so the film can reach audiences around the world and raise money to film two planned sequels. It will receive its first public showing in Torrevieja in mid May. Check with Siesta Productions Ltd for the latest information on showings near you. If you get a chance to see The Cucaracha Club, take it – and marvel at the dedication and talent that has brought Torrevieja’s first full length feature film to the silver screen.

4 Responses to The Cucaracha Club: The Director’s Cut