Tony and Lisa – the Welsh Wizards who turned an ‘empty white box’ into something wonderful! 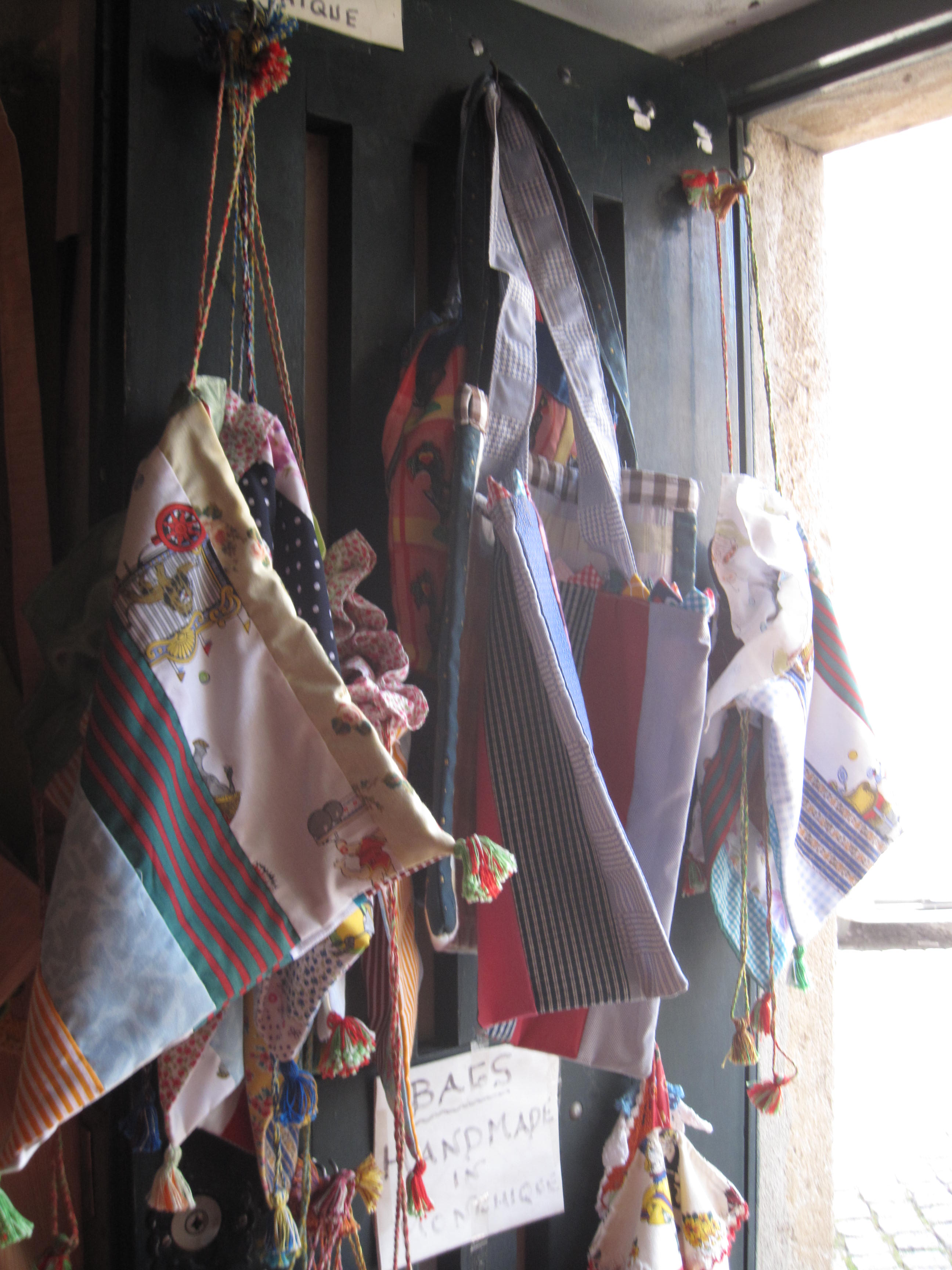 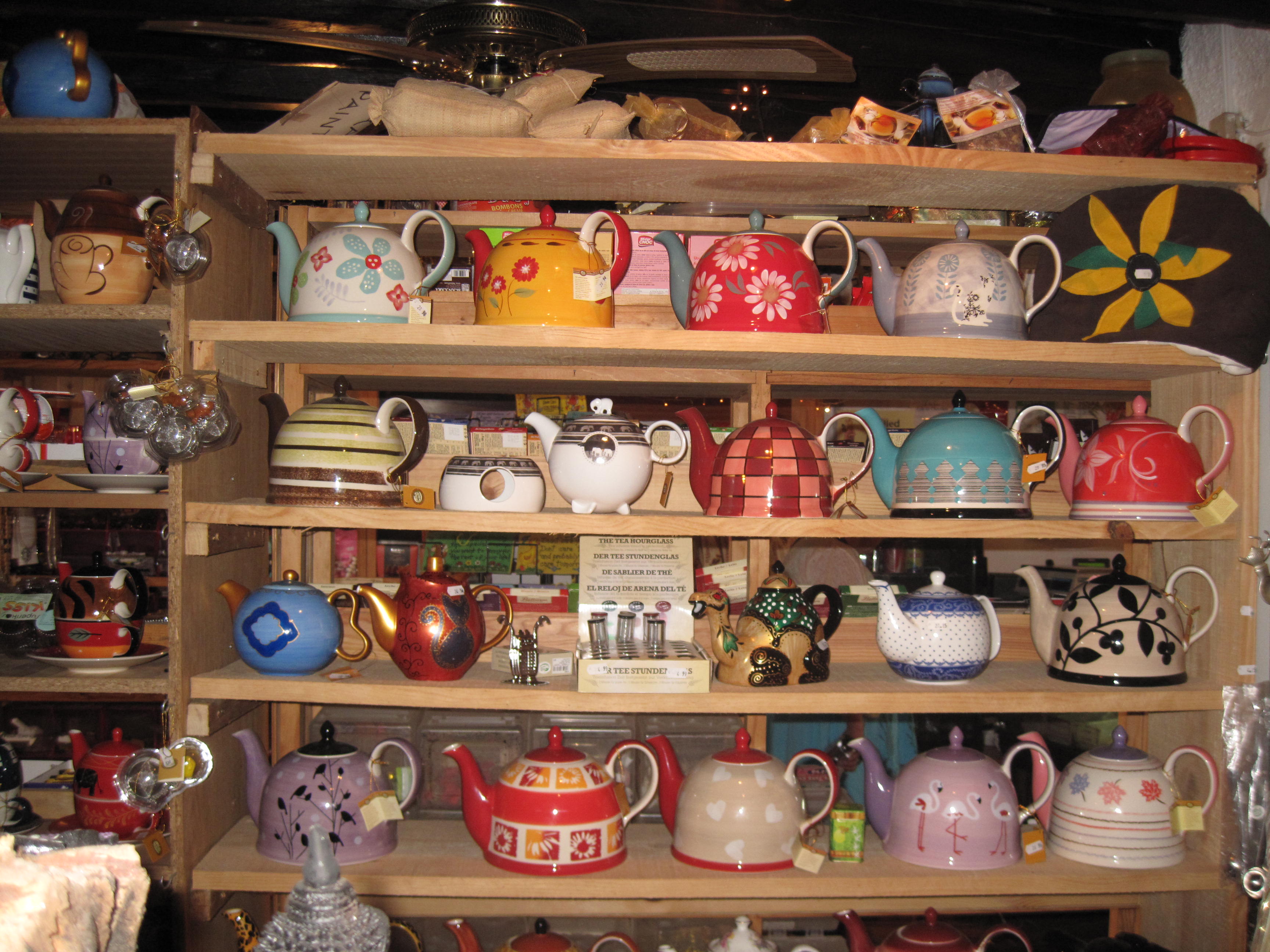 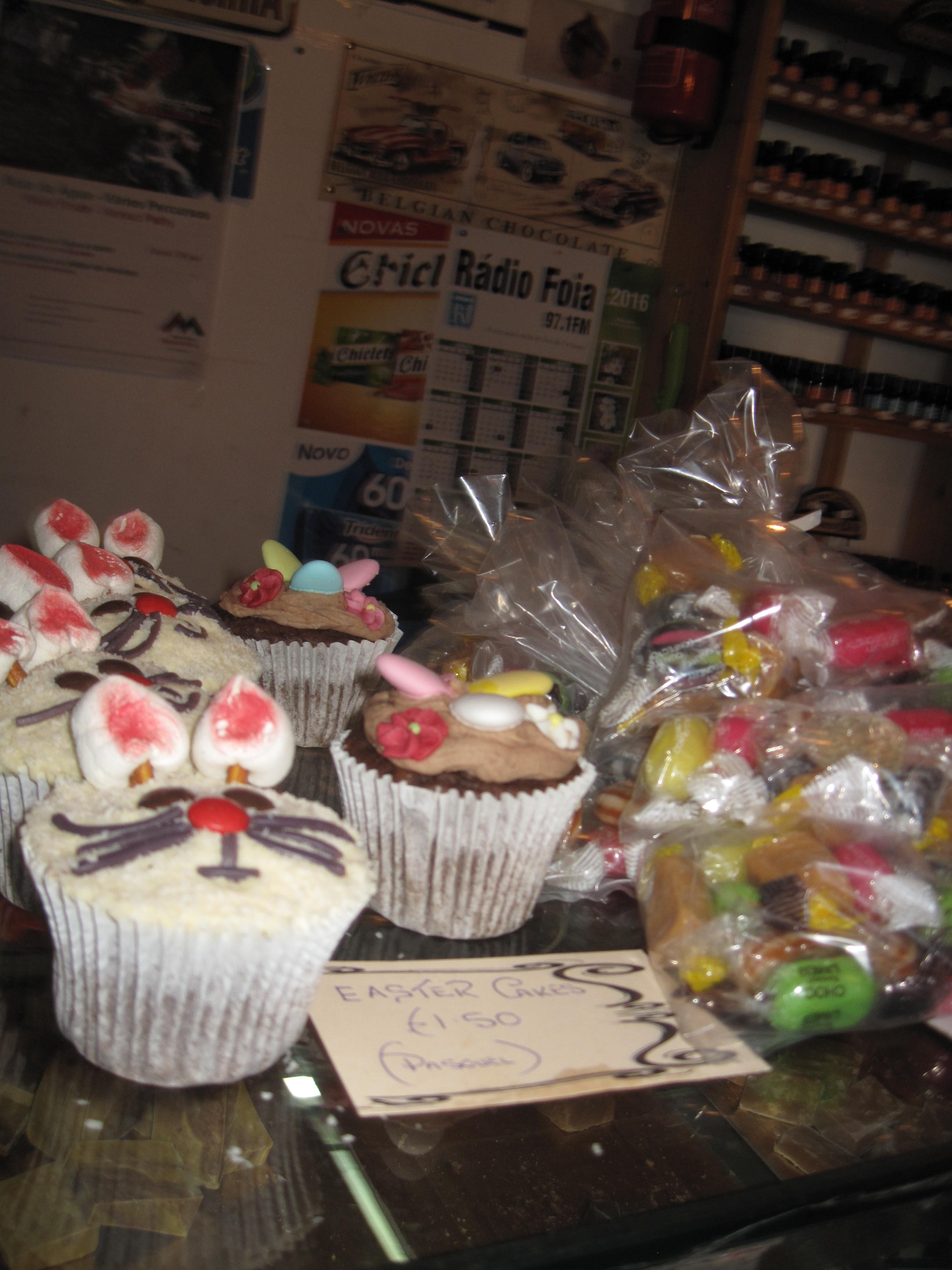 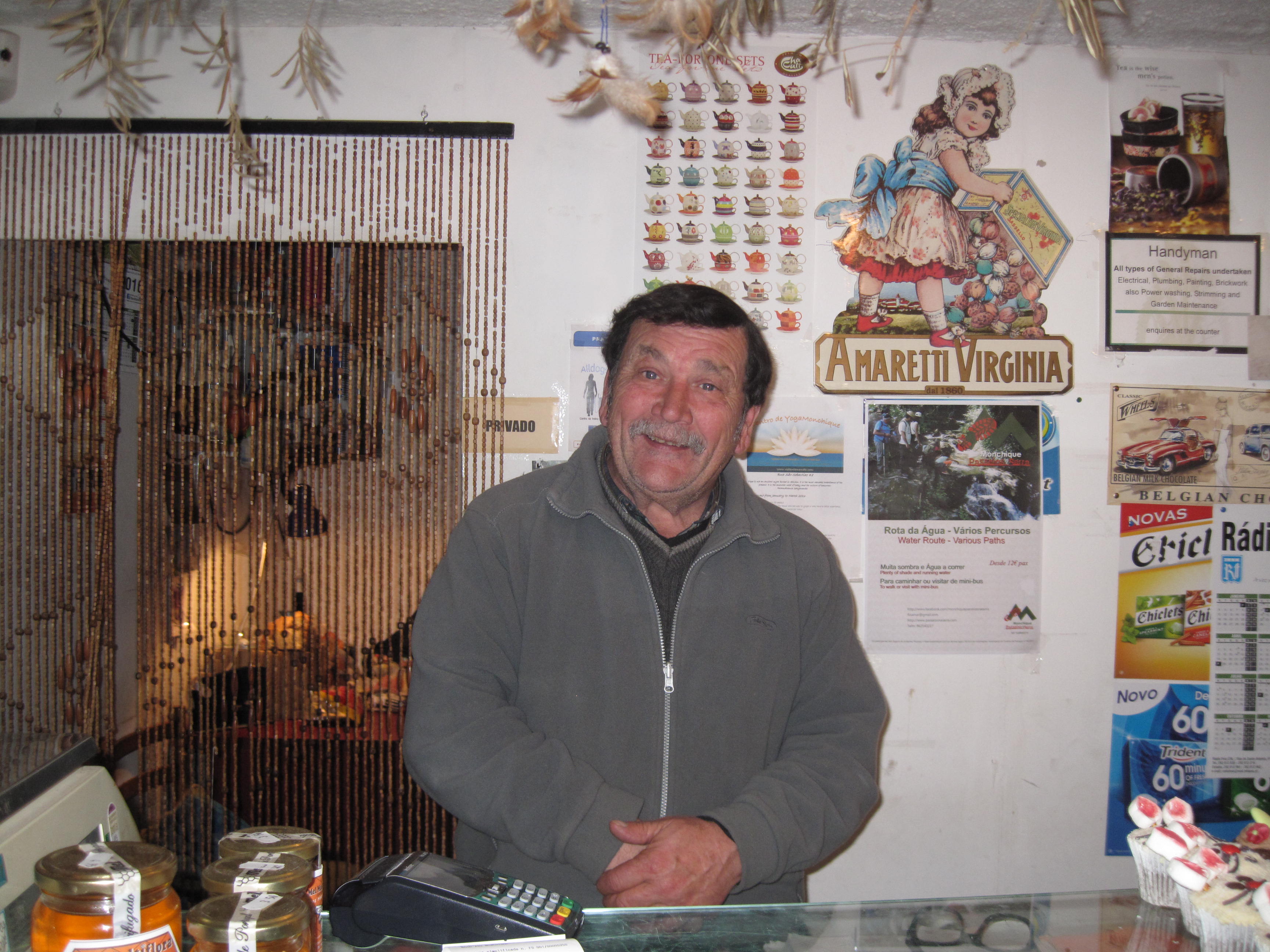 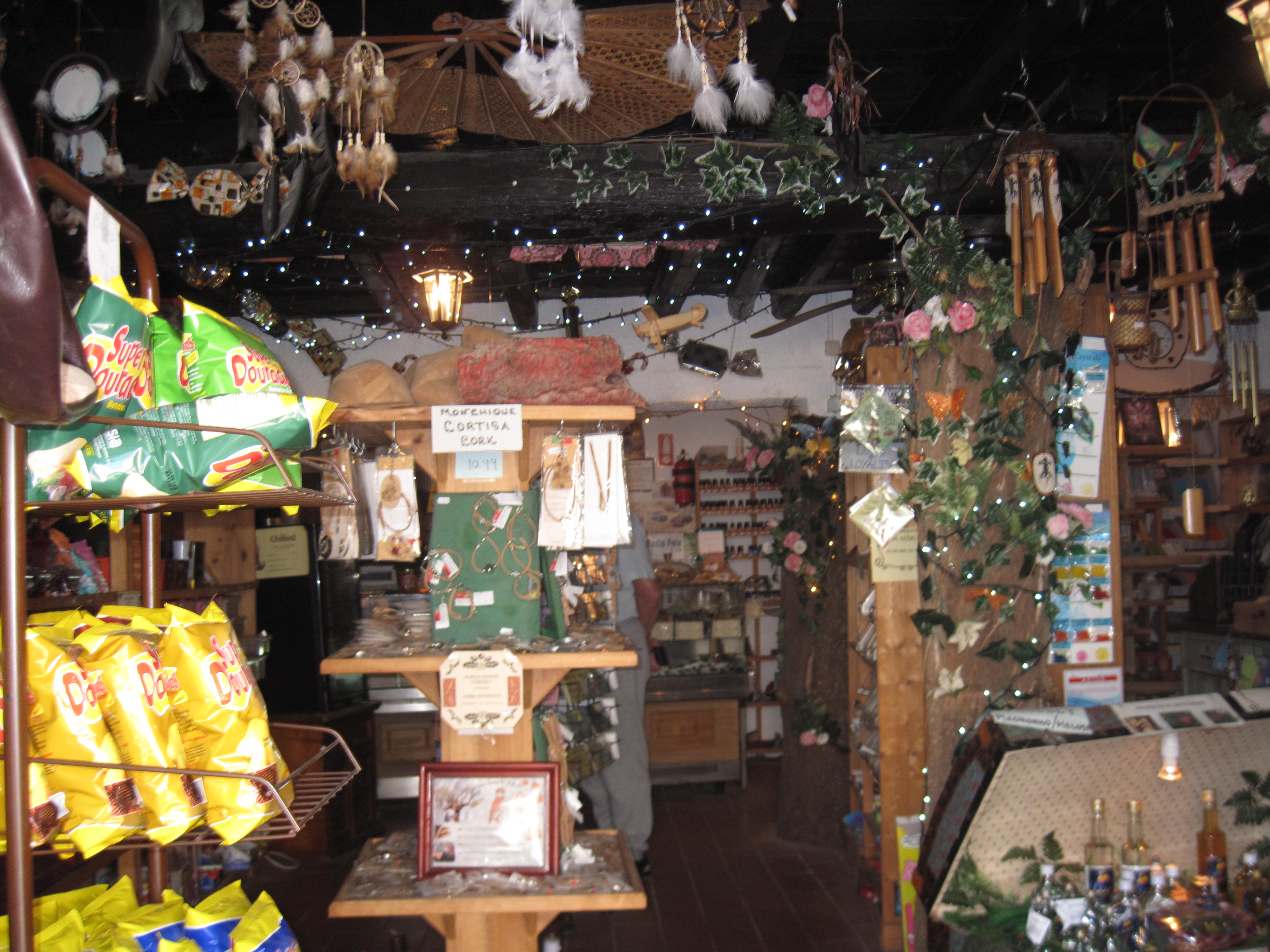 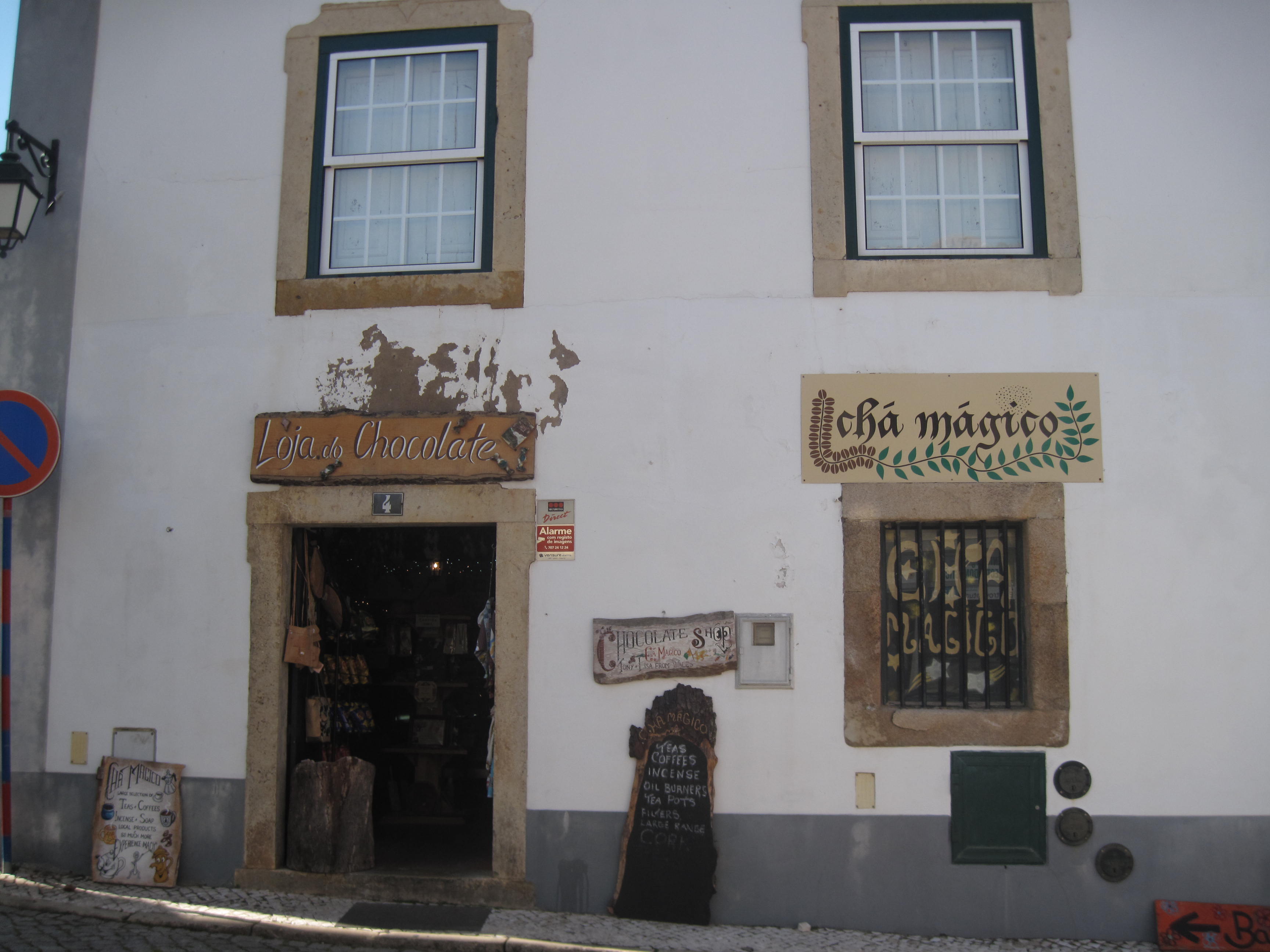 If you’ve been following our Portugal travels, you’ll know we’ve been making our first ever trip to the Algarve. The weather could have been better, but the people we’ve met and the places we’ve visited have made this a holiday to remember. Last week, we headed for the small mountain town of Monchique, because were told it was a ‘must see’ place, and as Tony says, we might die before we get the chance to come back here. It’s being so cheerful that keeps him going!

Anyway, the drive up to Monchique was stunning, and we loved the look of the town. After a pit stop for refreshments, Larry, June and I headed up the steep hill to see what was there, while Tony stayed in the town square with the Daily Mail and – yet another – beer.

There were some lovely little shops on the way up – all closed because it was siesta time. That’s between 1.00 and 3.00 pm in Portugal. We don’t tend to get going very early these days. One shop that was open was the ‘Loja do Chocolate e Cha Magico.’ That’s basically a chocolate shop, which got June’s juices flowing, because she does love her chocolate.

However, on entering the shop, it’s clear that the shop is so much more than a sweet shop. It’s basically a grotto, filled with fine things, almost all of them locally made and sourced. 14 years ago, after living on the Algarve for two years, Tony and Lisa decided they wanted a business to run, so they could build their future in Portugal. They looked at what is now their shop, and Tony described it as ‘An empty white box with nothing going for it.’ Lisa, however, could see the potential, and said they could make something wonderful from it. And they have.

Of course, it helps that Tony is a builder, and Lisa, also being Welsh, is a great communicator. When they first opened for business, they decided that they’d sell Lisa’s home-made sweets, chocolates and cakes, as well as locally sourced products and crafts. The first local to take up the offer – Amelia – is still fashioning bags for sale at 82 years young. You’ll also find teapots, jewellery, cork products, and much, much more.

Being married to a West Country guy, I just knew he’d love Lisa’s vanilla fudge, and I was right. When I saw her home-made marzipan sweets, that was me sorted. Then there were the whimsical Easter Bunny cup cakes. I also picked up some Monchique honey, which Tony swears is the best in the world. It will have to go some to beat our local orange blossom honey, but I’m happy to try and adjudicate. It’s a hard job, but somebody has to do it, and it might as well be me!

We all came out of the Loja do Chocolate feeling as if we’d had an experience, rather than merely shopping for souvenirs of Portugal. That was helped along by Tony’s anecdotes. Apparently, David Cameron called in there in 2015, and when Tony said ‘Welcome to my shop, Mr Cameron,’ he replied, ‘You can call me David.’ Quick as a flash, Tony said, ‘In that case, I’ll allow you to call me Tony.’ The Prime Minister was most impressed, as indeed were we – both with the shop and Tony’s obvious gift of the gab. If you’re ever in the western Algarve, go and see Tony, and tell him Sandra sent you.