Paddy and Gizmo – the odd couple! 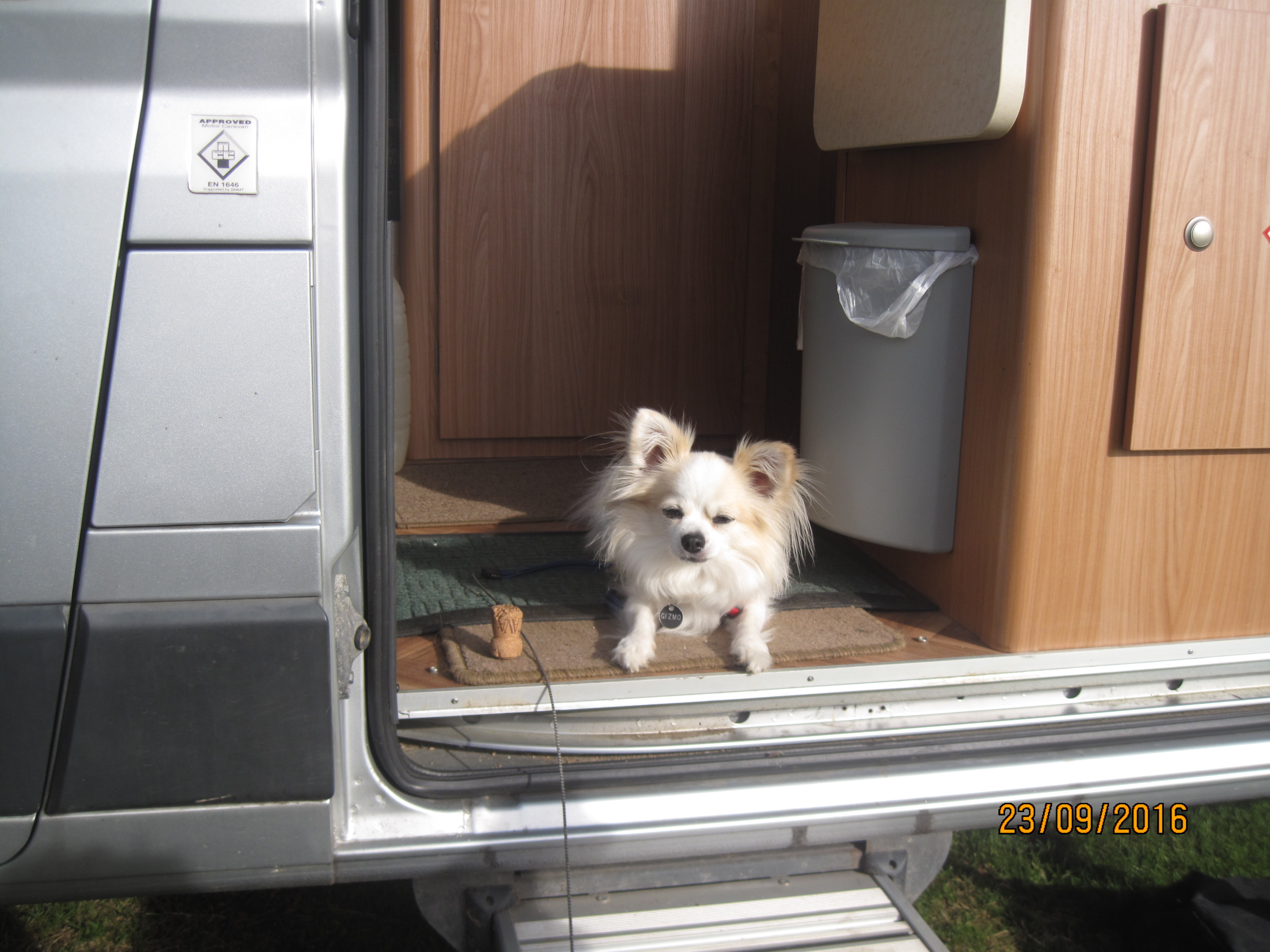 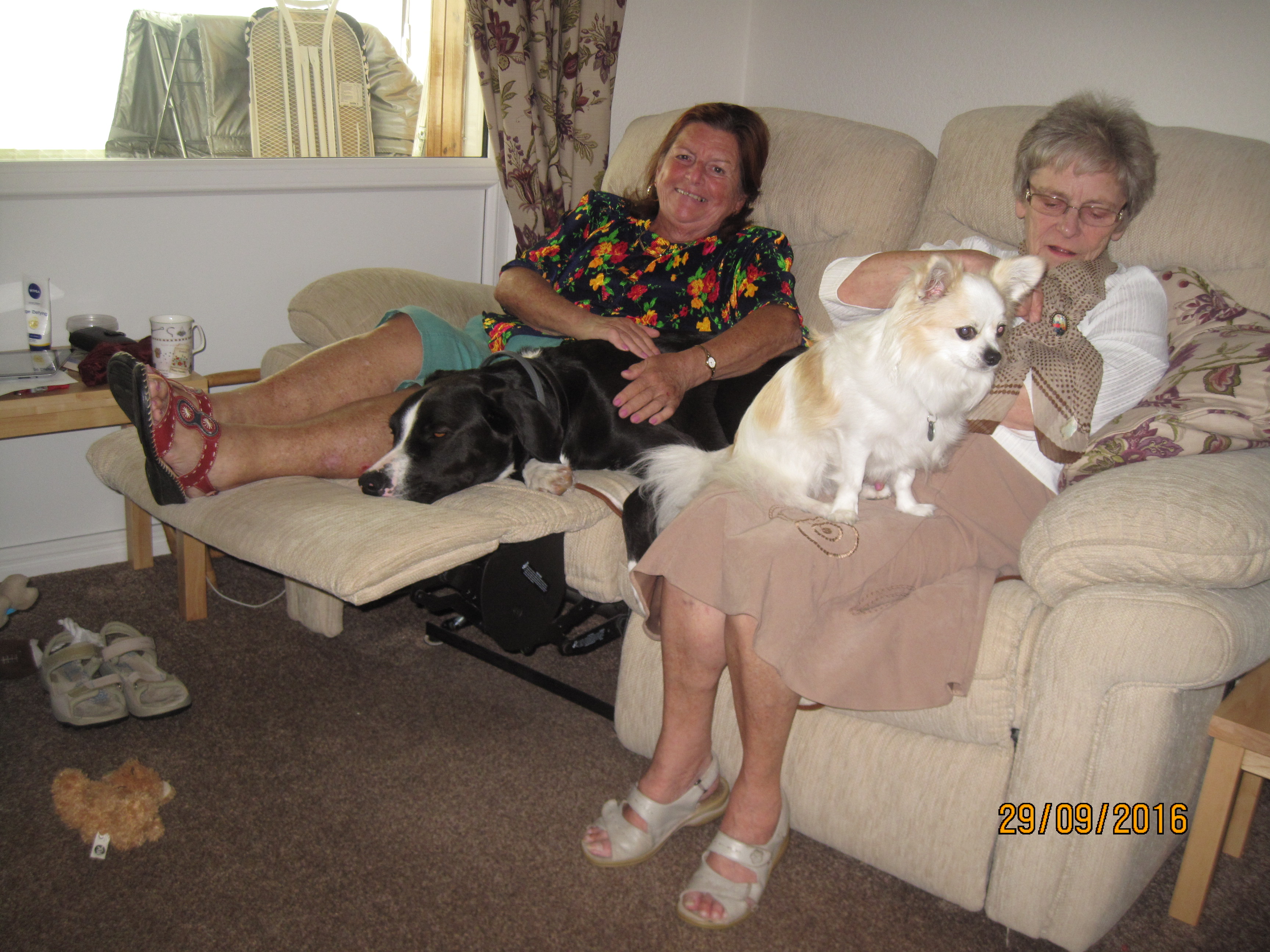 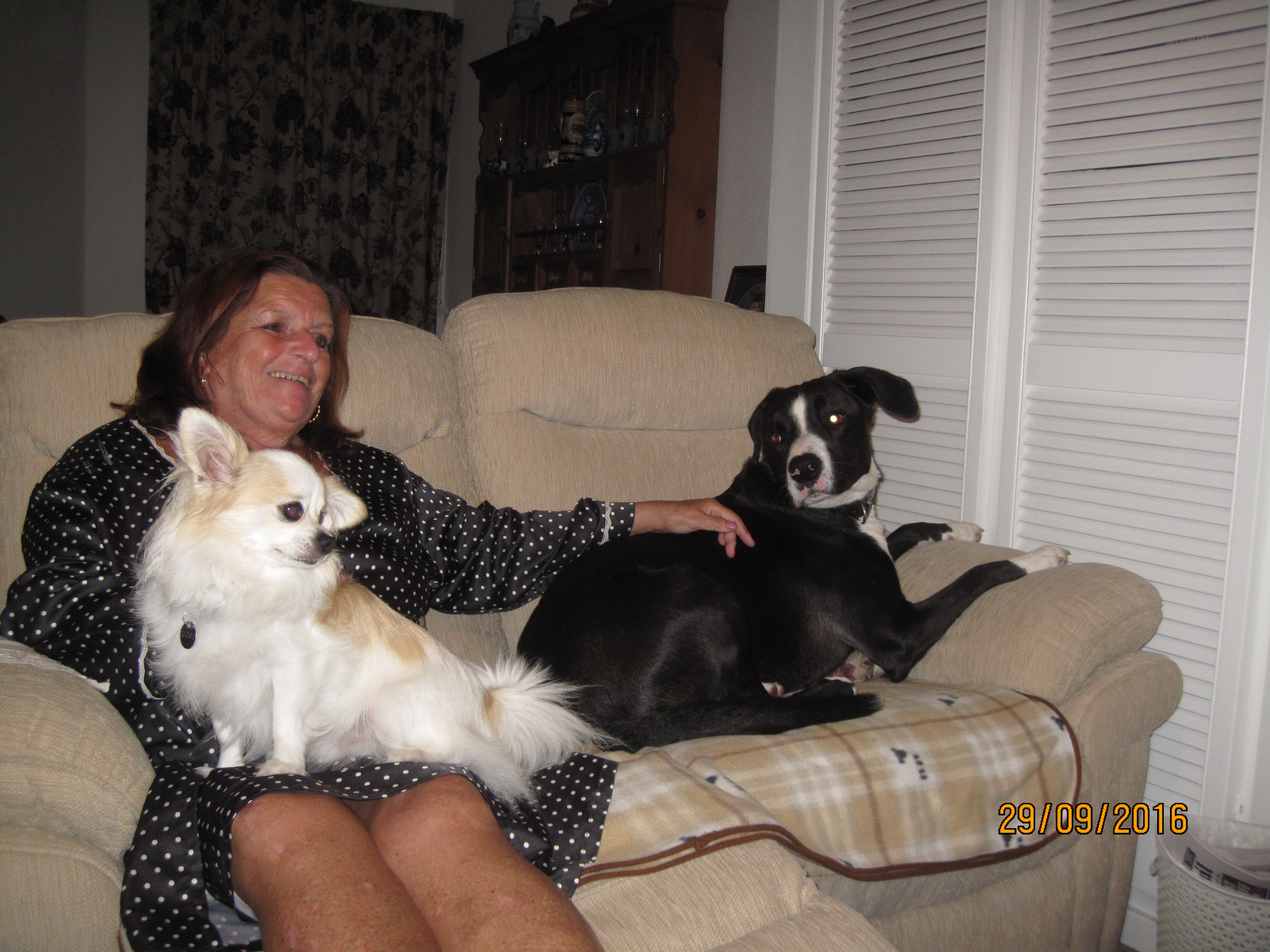 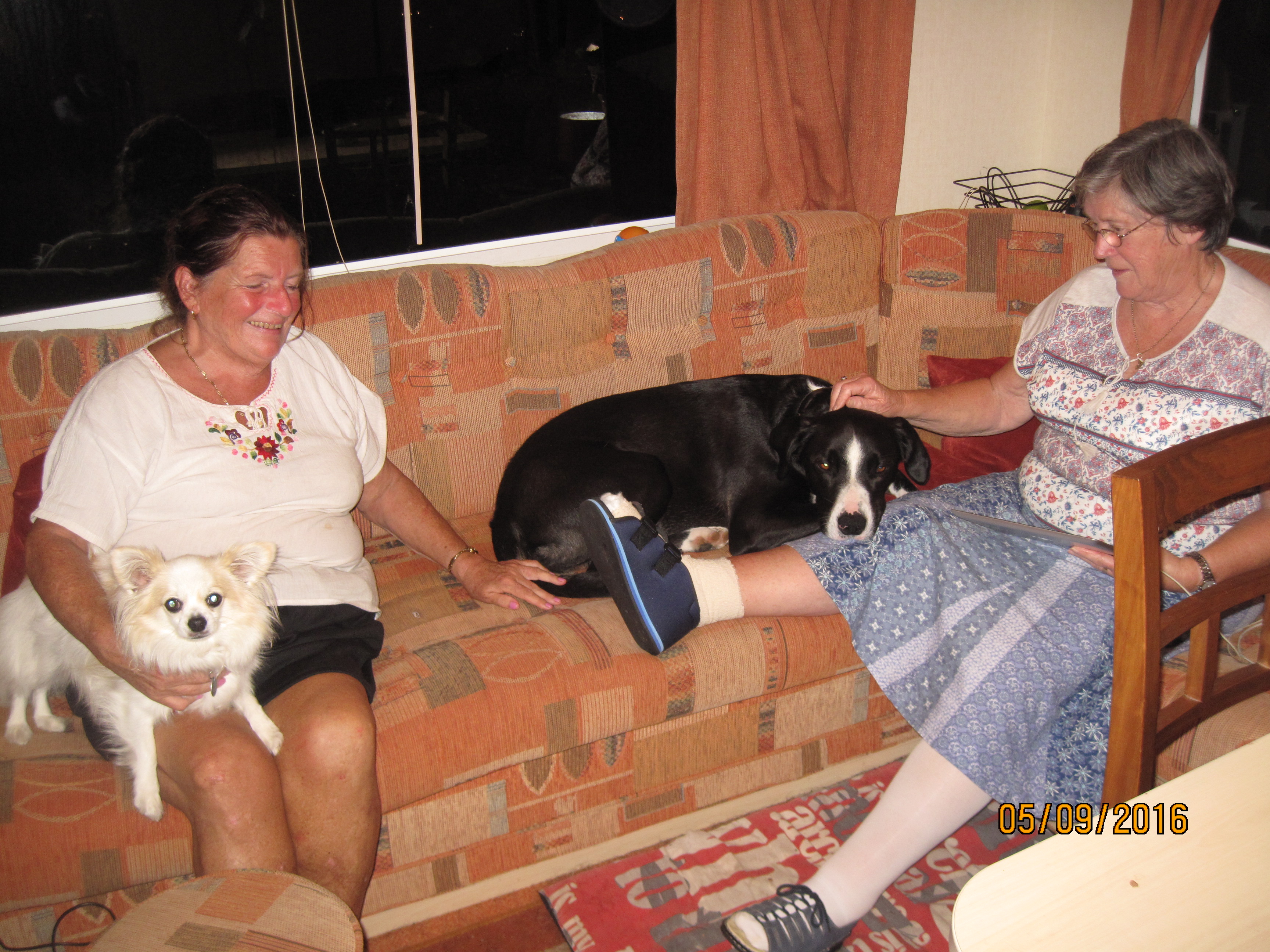 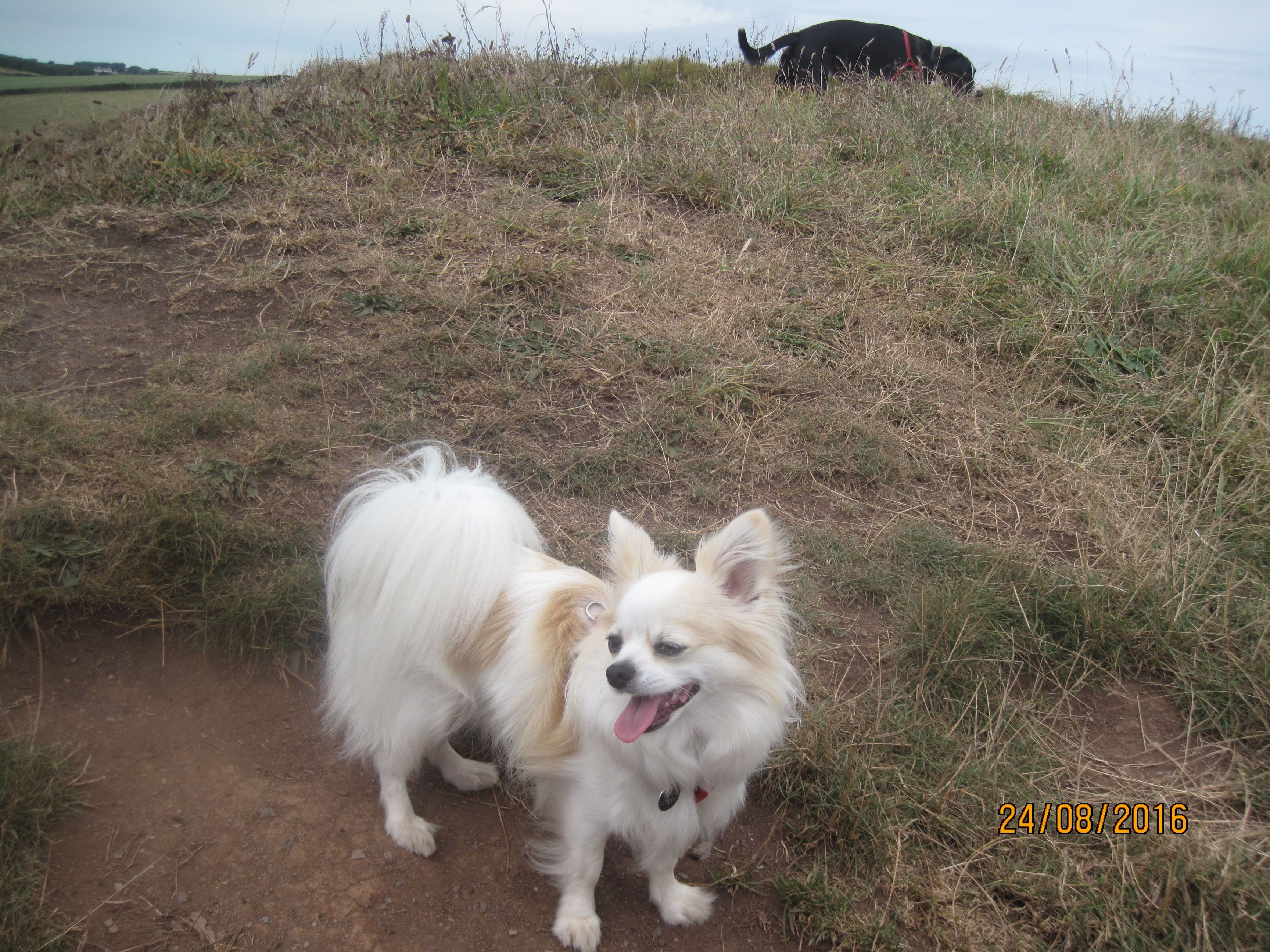 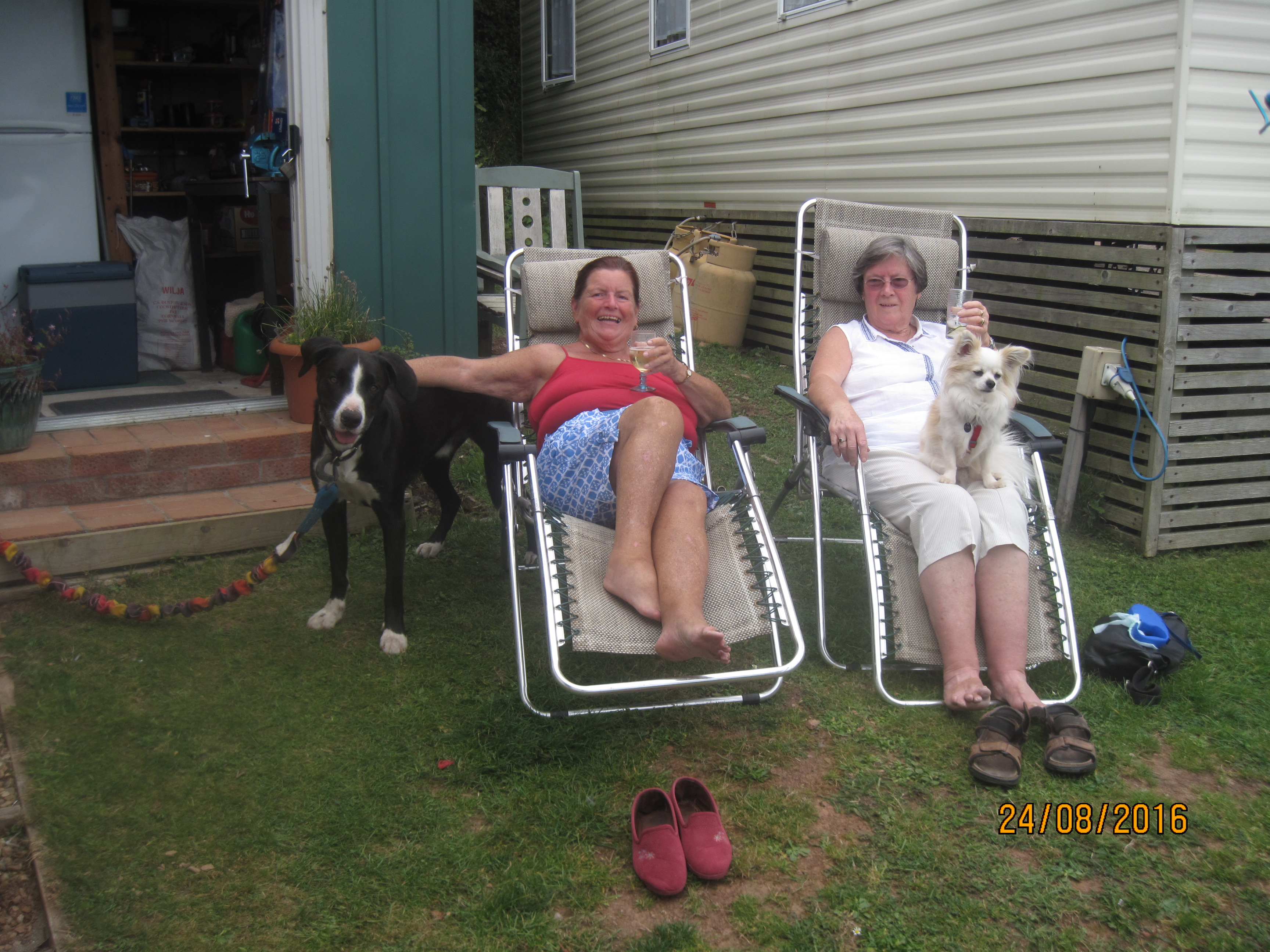 As regular readers will know, we spend a couple of months in England each summer, catching up with those friends and family who don’t manage to make it over to Spain. And this year, we also had the christening of my youngest grandson and my son and daughter-in-law’s renewal of their wedding vows on their tenth anniversary to look forward to. Of course, Paddy goes with us – we couldn’t leave him behind for so long – and I really think he enjoyed this year’s trip more than ever before. That was mainly due to spending quite quite a lot of time with Gizmo, my friend’s three year old Chihuaha/Pappillon cross.

Paddy and Gizmo may be close in age, but that’s about the only similarity between them. Paddy is 32 kilos of raw energy who seems to be perpetually smiling, while Gizmo tips the scales at just 4 kilos and can be a bit grumpy, particularly with other dogs. And while Paddy is happy to go with the flow, Gizmo likes to be in charge and have the last word – especially with Paddy. Even in Paddy’s own home. Make that particularly in Paddy’s own home.

Glenys needed a small operation which affected her mobility for a few days, so I brought her and Gizmo over to the caravan so we could look after her and exercise Gizmo. We had a lot of laughs over those few days, and Paddy and Gizmo formed a bond you wouldn’t have thought possible with two such different dogs.

One thing the boys have in common is their competitiveness, whether it’s for affection or food or water. We got around that one by feeding them at the same time at opposite ends of the caravan.  And it was hilarious watching Gizmo finding ways to have a sneaky cuddle with me without Paddy spotting him. As Glenys said, most unfair really, because Gizmo let Paddy have cuddles with her. Or maybe it was more a case of once Paddy has his head in a friendly lap, nothing’s going to shift him – especially a 4 kilo fluff ball, no matter how grumpy he gets.

The boys enjoyed walks over the cliffs and on the beach, and while Gizmo very sensibly kept clear of Paddy’s flying feet, when we stopped to admire the views and have a drink, the boys would explore together. Sometimes it really seemed as if Paddy was telling Gizmo all about the lovely smells on different parts of the cliffs, and Gizmo cocked his little head to one side, for all the world as if he was listening intently.

When we all went to Larry and June’s place for Sunday lunch, Gizmo made it clear that he was top dog, since it was Paddy’s first visit, but Gizmo had been going there since he was a tiny puppy. Gizmo clearly sees Larry and June as part of his pack, and so does Paddy, as they have stayed with us and looked after Paddy when we’ve had the odd weekend away. So when Paddy went into the garden to catch up with Tony and Larry and beg a slurp of beer, Gizmo saw his chance. If you think a small dog can’t possibly stop a big dog from coming through a large patio door, think again, because Gizmo managed it just fine! Cue more hilarity as Paddy tried to find his way in, and then jumped over the sofa to get out of Gizmo’s way to the safe haven of his Mummy’s arms.

It’s pretty clear from the body language that this is just a game which both dogs enjoy though, so I have no real worries that Gizmo will end up killing Paddy by getting stuck in his throat and choking him on the way down. Let’s face it, if Paddy wanted to, he could easily have Gizmo for breakfast, but the boys seem to share a special bond. This became even stronger late one night when I took the boys for their final constitutional. The routine was that I’d walk Paddy around the block and Gizmo would follow, then turn around and go back to Glenys when he was ready.

This particular night, I got back and there was no sign of Gizmo. Glenys and I were just on the way out to look for him when we spotted him flying up the hill, ears out and tail stretched back, hotly pursued by a Springer Spaniel. Before either of us had chance to react, Paddy summed up the situation and launched himself from the caravan step with a leap that would have guaranteed Greg Rutherford the gold medal in the long jump at the Rio Olympics. He landed between Gizmo and his pursuer, who sensibly decided to turn tail and flee back to his own home. All this was accomplished without a single bark or growl, but clearly each dog knew what was going to happen, and who was top dog on this occasion.

If this was a fairy tale, I’d now be telling you that Gizmo and Paddy curled up together on the mat and lived happily ever after. It isn’t, and they didn’t, but it marked a sea change in their relationship, and rather than being independent of each other when they’re together, they behave more like brothers, or even a couple, with the odd skirmish to enforce the ground rules and let each other know when they’re not happy. They’re certainly an odd couple, but it’s both heartwarming and amusing to see them together. Gizmo is coming to Spain with Glenys, June and Larry  for three months soon, so no doubt there will be more mad and melting moments to look forward to with the boys. Watch this Space!