Meet Robbie Gallagher – the Smiling Assassin in The Cucaracha Club 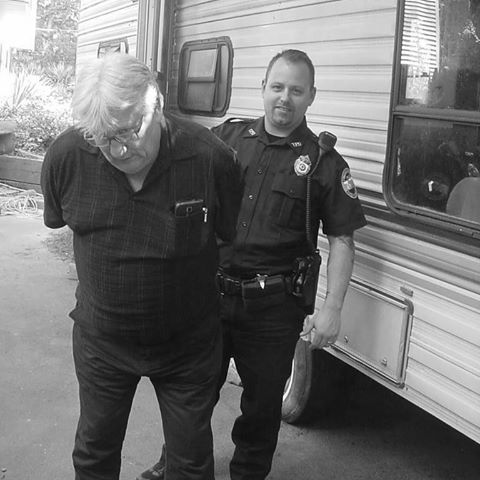 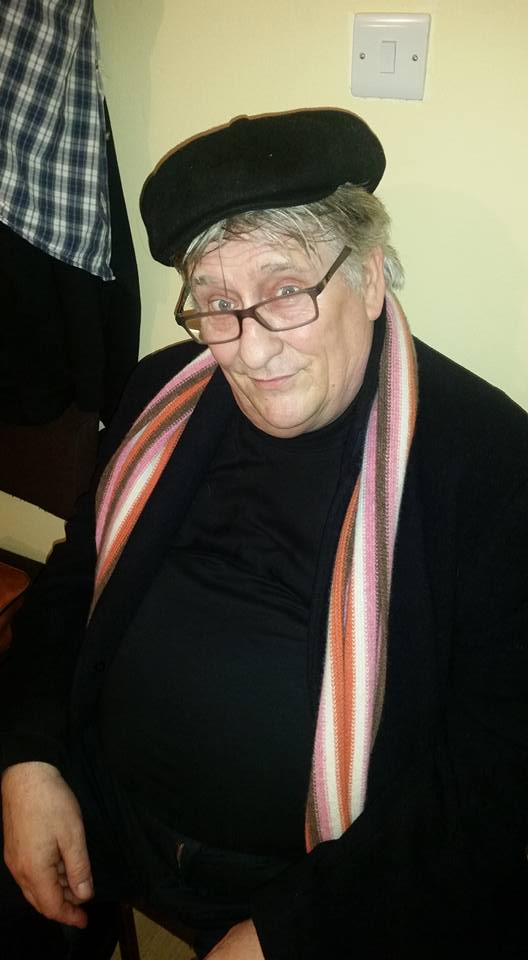 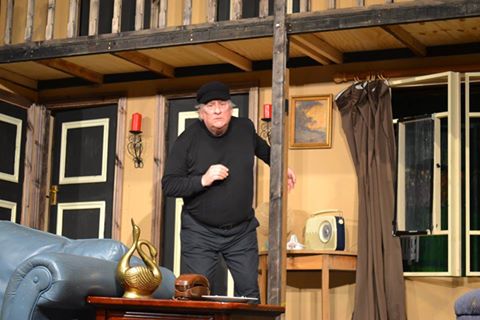 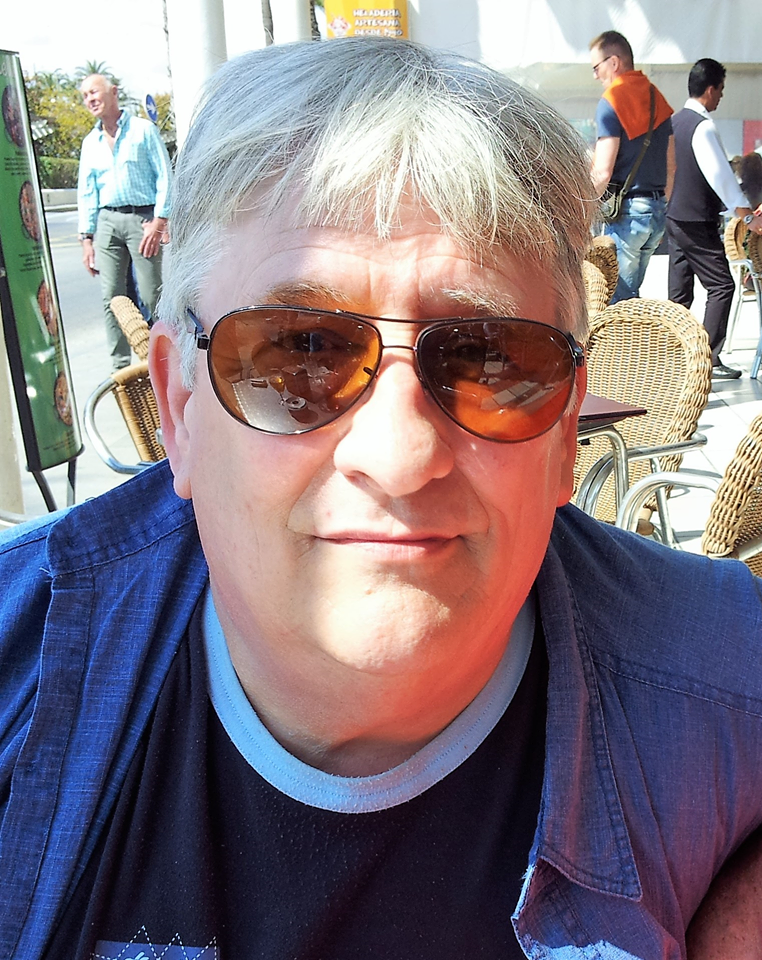 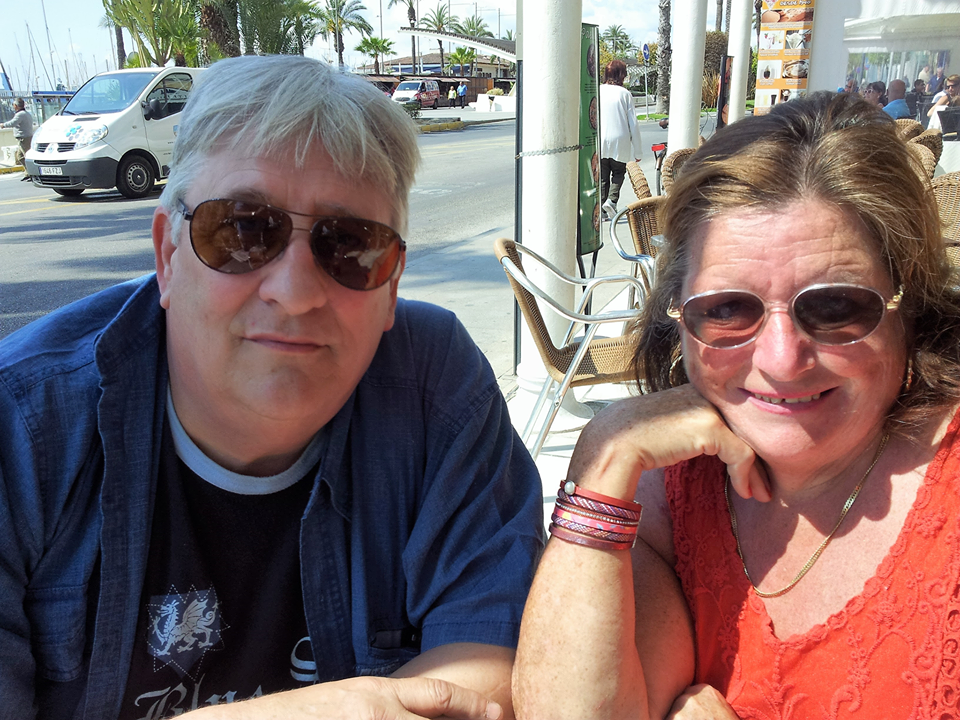 In my lovely life as Sandra in Spain I get to meet some great people – fellow writers, film directors, radio station owners, mediums, actors, singers. And of course, the occasional assassin. Well, strictly speaking, Irish actor and director Robbie Gallagher isn’t really an assassin, although that’s the part he plays in The Cucaracha Club. It’s a small but vital non-speaking role as Harry Palmer Kilcoyne – no prizes for catching the Michael Caine connection there. However, we’re set to see and hear more of Robbie in The Cucaracha Club 2: The Route of all Evil, as the back story to the exciting events in the first movie begins to unravel.

I caught up with Robbie in Torrevieja recently while he was chilling out between acting gigs at his holiday home in Punta Prima. Rather fittingly for a character in a spy thriller, we met at Torrevieja’s iconic Casino. However, dinner jackets and chips were off the menu – here in Spain, casinos are more likely to be a place where you meet your friends for food and drinks, rather than somewhere to lose your life savings on the roulette wheel. So, not exactly glamorous, but I can’t think of anything better to do on a sunny afternoon than spend time with this fascinating, larger-than-life character who makes his living ending the lives of others. Many of his roles have included deadly weapons of some kind, maybe because he’s a big guy who can turn on mean and moody at the drop of a hat – or a corpse.

I was a bit concerned about life imitating art, and as it was way too hot for a bullet proof vest, I was relieved to be enveloped in a welcoming bear hug and literally swept of my feet, to the bemusement of the locals watching the world go by on the Casino’s sunny terrace. That set the scene for one of the most enjoyable and entertaining interviews I’ve ever conducted. Robbie was born in Chicago, Illinois, but came to Ireland with his mother following the sudden, early death of his father. It clearly affected him deeply – his father died on a golf course, and for 40 years, Robbie refused to play golf. Personally, I can’t say I blame him – it’s a good walk spoiled, but I digress.

Continuing the sporting connection, Robbie is a qualified rugby referee, and has officiated at international level, notably in the Benidorm 7s tournament. He’s also a soccer rreferee, and was the first crossover referee from rugby to soccer to officiate at a cup final.

Robbie first started acting in college, and spent more time doing drama than he spent at his tutorials, so it took him four years to complete his English degree instead of the usual three. A brief interlude teaching in America soon convinced him that the combination of puberty-driven kids and a young, inexperienced teacher could quickly turn lethal, so he quit. Even at that early stage, killing was on his mind. From teaching, Robbie progressed into a career in electronics – a shocking change of direction,  for somebody who only really wanted to act! Disclaimer: that was Robbie’s pun, not mine. Please direct rotten tomatoes and boos and hisses in his direction.

Just ahead of a class reunion 10 years after leaving university, Robbie got an Engineering degree. Unfortunately, it wasn’t actually his – it belonged to sommeone else with the same name. Well, Robbie Gallagher is the Galway equivalent of John Smith in England – there are a lot of them about, so it wasn’t really his fault.

For most of his life, Robbie has been involved in amateur dramatics and has worked his way through the system, starting backstage working on props, lighting, dressing sets and other behind the scenes stuff before progressing to small roles onstage which gradually became more ‘meaty.’ These days, he’s just as likely to be directing stage productions as starring in them. He has directed more than 50 theatre shows, and played over 40 leading roles. Robbie loves stage work, although he’s currently taking a year off after his ‘bucket list’ role at Galway theatre An Taibhdhearc as burglar Sheldon Mowbray in the farce Noises Off. He wanted to direct it, but is happy with his performance, so it’s now off the bucket list.

A first class director who coaxes out the best in everyone he works with.

In fact, it was Julie who introduced Robbie to The Cucaracha Club production crew. Filming had already started, but they were still looking for someone suitably menacing to play the assassin. These days, Robbie doesn’t do non-speaking roles – he’s in demand as an actor, and doesn’t need an agent to find him work, as directors come looking for him to appear in their productions. However, he wanted to be involved in this great independent film initiative. His only question was, ‘Have you got a nice weapon for me, or should I bring my own?’ As he told me:

I was really impressed with what they’d achieved already, and I wanted to be part of it. And Billie envisaged my role expanding in The Cucaracha Club 2: The Route of All Evil, so I was happy to just shoot and go this time. And Rai Woods (the director) and Clive Gray (executive producer) were delighted that we got it in one take. Maybe we should advertise it as a Korean film – Tae Kwon Do!

Robbie just can’t help cracking jokes – even bad ones like this one – but when I managed to get him to be serious for a few moments, I learned a bit more about how Harry’s story is going to develop. He’s an Irish hit man who works as a double agent for MI5, so more secrets will unfold, and there’s going to be a shoot out in Torrevieja’s beautiful marina. Standard spy stuff then really, but knowing screenwriter Billie Anthony Gaddess, it’s not going to be straightforward, and there’ll be lots of surprises along the way.

Unlike most of the cast of The Cucaracha Club, Robbie does have considerable on screen experience, despite only being a full time actor and director for around 10 years. He appeared in the popular Gaelic soap Ros Na Run, and this resulted in offers for film roles. His first film role was in Watching and Waiting, known as the 72 Hour Film, because it was made in just 3 days and was well received at the Galway Film Festival. This was followed by Rapt in Eire,  starring Robert Goodman.

Robbie has also done some off the wall stuff, which his mammy might have been a bit worried about. In a very unusual short film entitled The Usual, he played one of three gay Irish farmers in a bar. It won an award as best Irish short film. You might think that was a hard act to follow, but another short film – Cuddle – went viral and led to Robbie’s American connection. The story line revolves around a lonely guy who has a relationship with a blow up doll. And no, it’s not what you’re thinking, but it did impress Larry Enright of DeadAss Dawg Entertainment – so much so that Robbie is doing a lot of work with Larry for the foreseeable future. He’s filmed a documentary of Larry’s time with the UN forces in the Middle East, and is now working on a series for Netflix, having filmed a feature length pilot. It’s called Tricatus, and Robbie is an undercover detective. In case you’re wondering, yes, he gets to do some killing stuff again!

However, it’s not all death and destruction. As I mentioned earlier, Robbie has a great sense of humour, and he’s been featured in the hit comedy sitcom Benidorm. He had a small part, with a bit of dialogue in series 5. The people that mattered were suitably impressed, and offered him a three month contract in the show. However, just before shooting was scheduled to begin, he was sweeping up leaves on his patio in Punta Prima when he slipped and broke his leg. So the traditional actors’ good luck wish of ‘break a leg’ is not well received in the Gallagher household. It’s likely to be met with a two word response, the second word of which is ‘off,’ while the first word is off limits on a family friendly blog. Robbie did enjoy his brief flirtation with Benidorm though, and has happy, if somewhat vague, memories of getting drunk with Tim Healy, who plays cross dresser Les/Lesley. Apparently Tim has Irish roots buried somewhere under the Geordie. Sherrie Hewson (Hotel Manager Joyce Temple-Savage) was another drinking companion. Siobhan Finneran, who played Janice Garvey, also made a big impression. Robbie would love to act with her at some point.

All good things must come to an end, and before we left the Casino after an enjoyable Paella Valenciana, and more tinto verano than I should have had on a working lunch, I asked Robbie if he had an abiding memory of his brief but crucial time on The Cucaracha Club that he’d like to share. He had no hesitation on that score. Screen writer and male lead Billie Anthony Gaddess was – and still is – so passionate and enthusiastic about his project it can be a bit difficult to rein him in at times. On the day Robbie was on set, Billie was even worse than usual – he was on elastic. The usually unflappable Director Rai Woods was on the brink of flapping, despite Robbie’s efficient and effective performance, and Executive Producer Clive Gray was very close to committing murder himself. As Robbie came off set, Clive asked him if he’d enjoyed his stint, and Robbie answered in the affirmative. Clive replied, ‘It’s a pity you didn’t shoot Billie as an encore then!’

This throwaway comment perfectly sums up what Robbie Gallagher and The Cucaracha Club are all about, and explains why everyone concerned with the film has come up with such a quality product. It’s all about enjoying what you do, and being able to see the funny side of everything. You’re going to see a lot more of Robbie Gallagher and The Cucaracha Club, so fasten your seatbelts – it could be a very bumpy, but enjoyable ride.