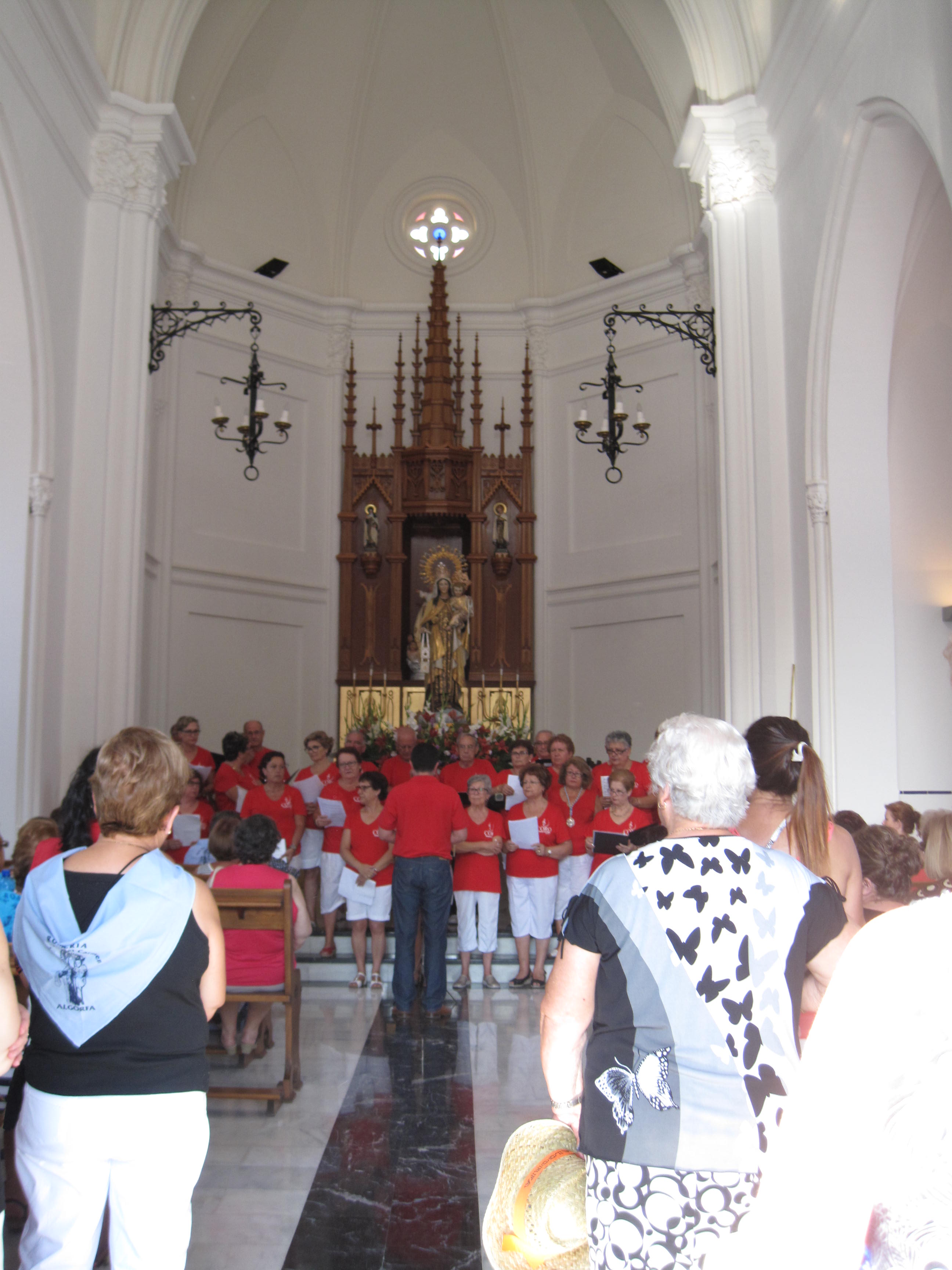 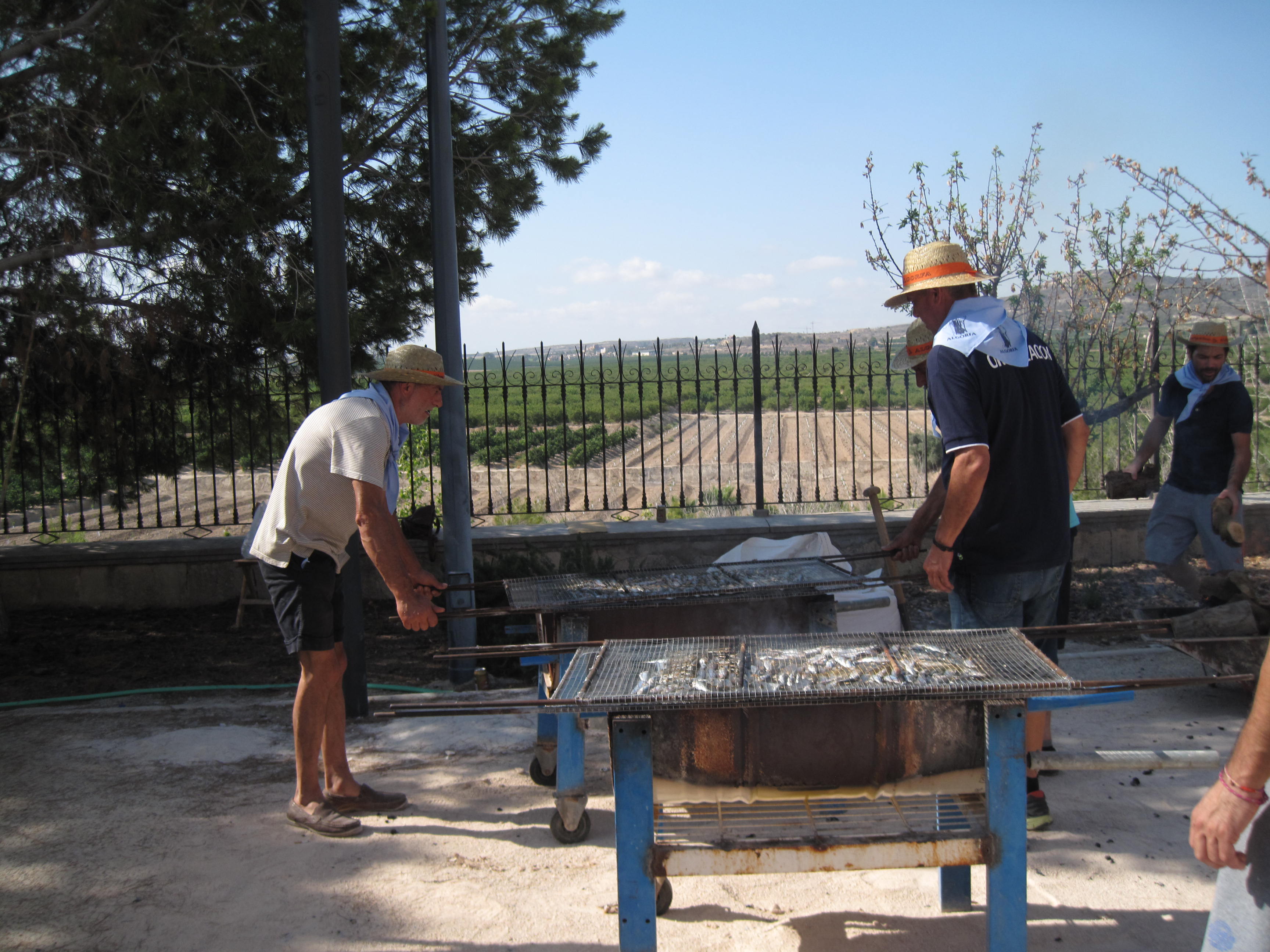 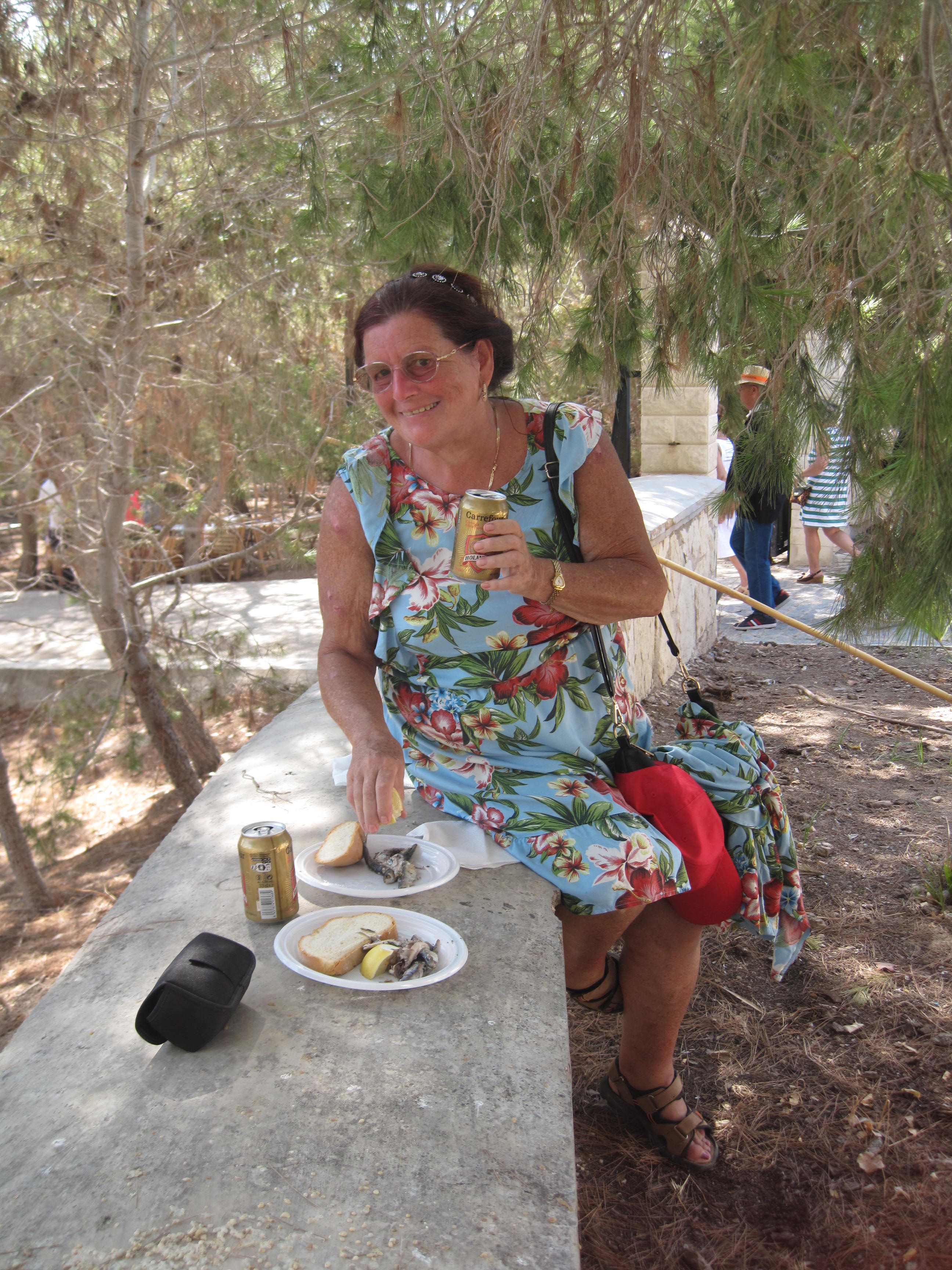 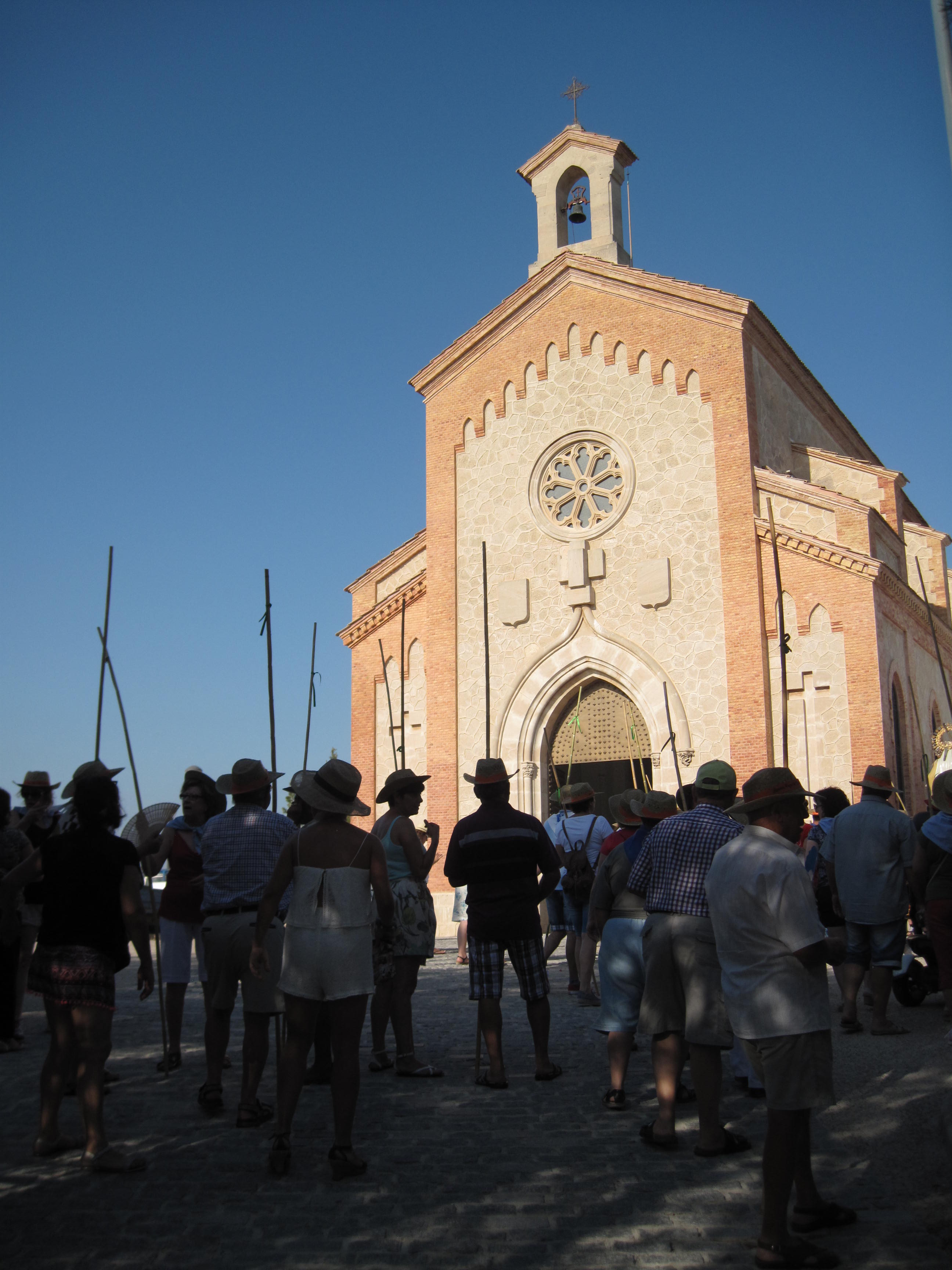 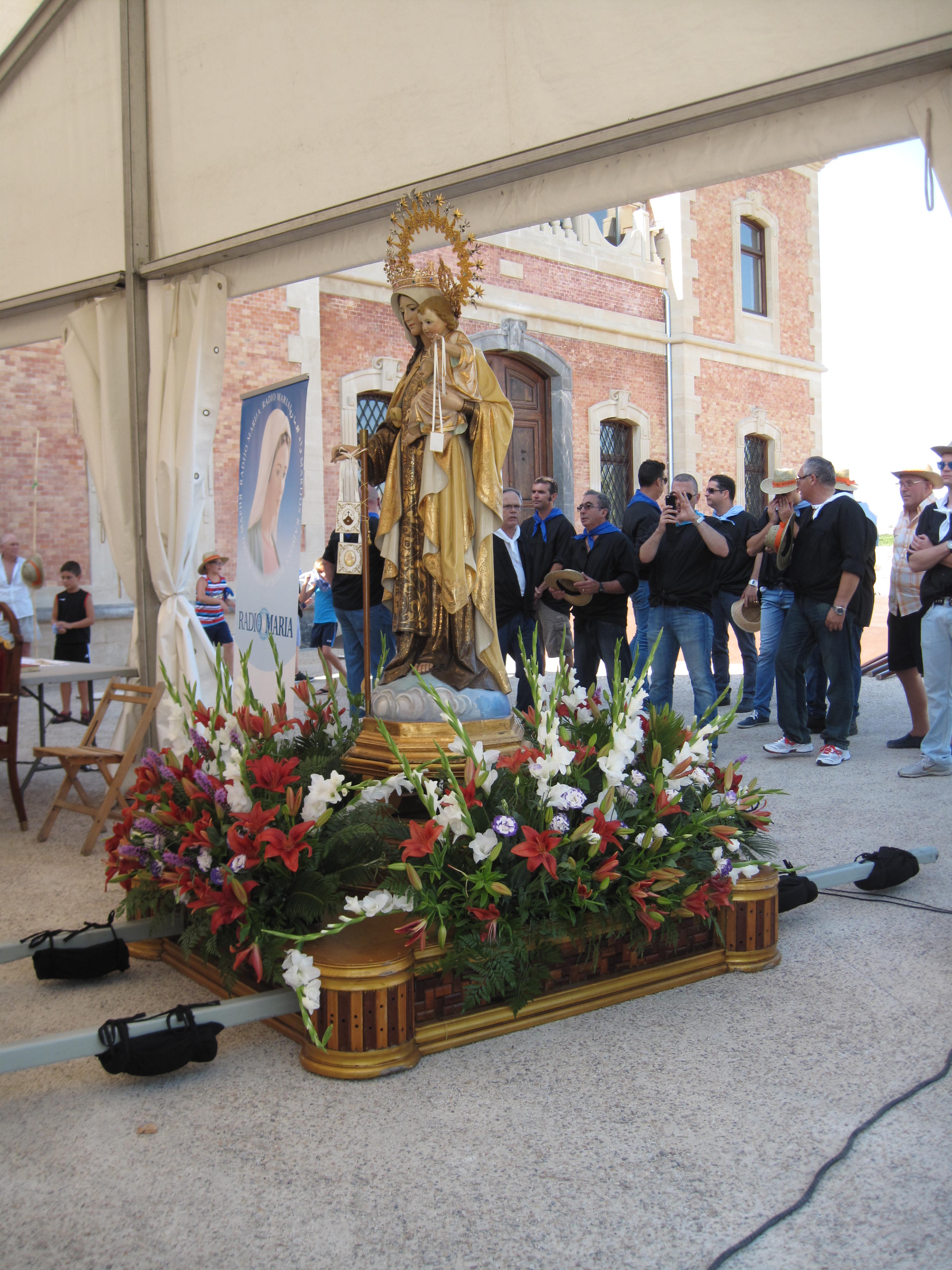 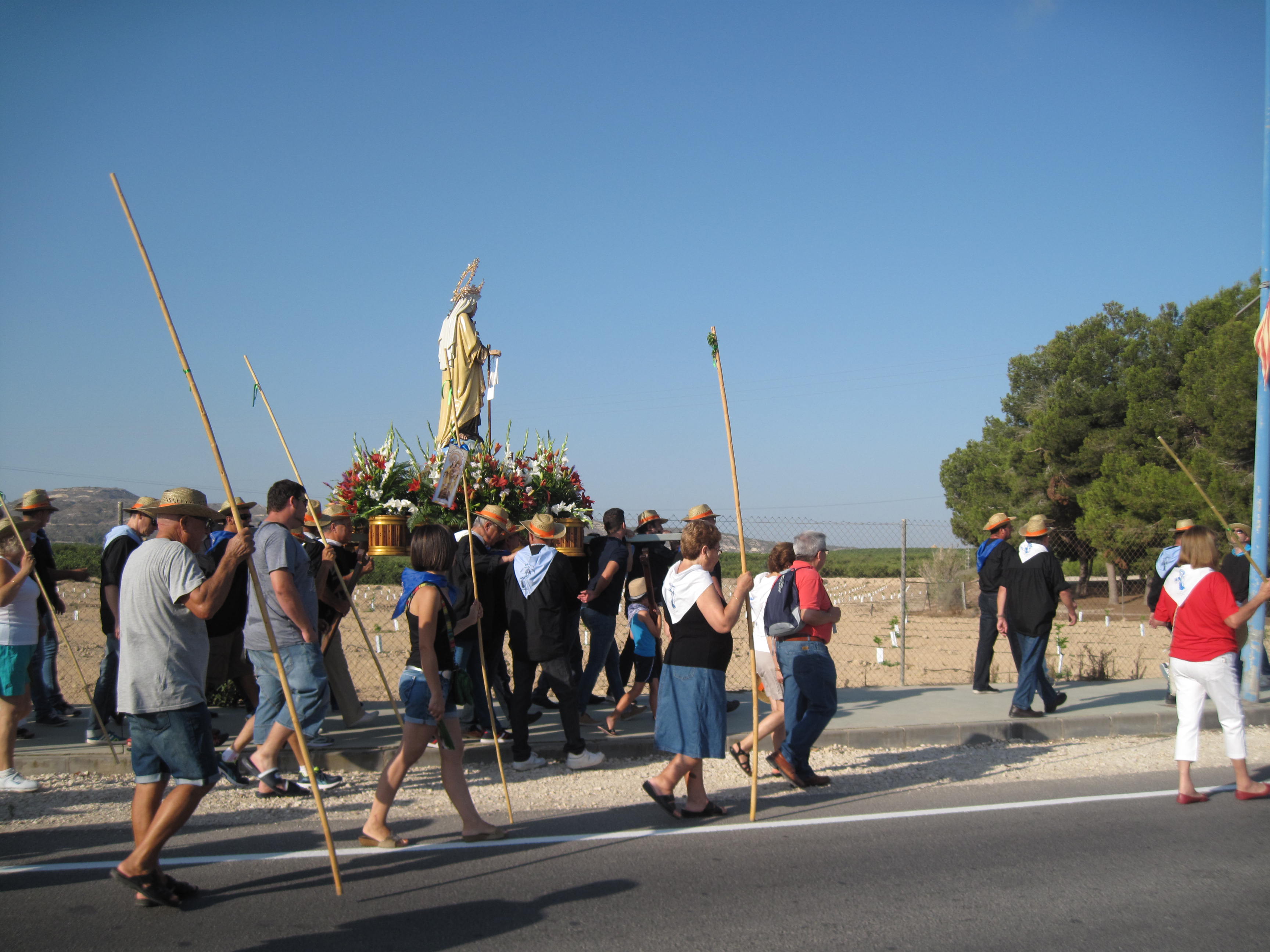 Many Spanish towns and villages host a fiesta in mid July, and it’s not just because they like fireworks and processions, although they do figure prominently in the proceedings. The Virgen del Carmen is another incarnation of the Virgin Mary, based on a religious reading from the Old Testament, and her special day is celebrated on 16 July each year.

The Virgen del Carmen is the patron saint of more than 100 towns and villages in Spain, including my own home village of Algorfa, which is about 10 miles inland from Torrevieja on the Costa Blanca. She’s also the patron saint of sailors and the Spanish navy, so she’s often known as ‘Stella Maris,’ or ‘Star of the Seas.’

Most towns and villages spend a week or more celebrating the fiesta. The Saturday before the 16 July sees the opening of the festivities, with a parade of some description. In Algorfa, there is a Sunday morning Romeria, or pilgrimage, when the statue of the Virgen del Carmen is carried from the parish church to the Ermita chapel, just outside the village. Several hundred ‘pilgrims’ follow, and there is a service of thanksgiving, followed by a breakfast of sardines, bread, and beer or water. As with many fiestas, the men do the cooking, and it’s fascinating to see them flip huge trays of sardines so they’re evenly cooked. In the afternoon, there is a paella making competition, after which the Virgen is carried back to the parish church.

Various events take place during the week, culminating in another procession and a big firework display on the Dia del Virgen del Carmen. Everyone is welcome to join in – locals, expats and holidaymakers, and there is plenty of free food, drink and entertainment for all.

If you’ve never been to a Virgen del Carmen fiesta, make this the year that you do. It’s moving, it’s fun, it’s entertaining, but above all it’s traditional Spain, and it’s a chance to integrate with your Spanish neighbours and celebrate one of Spain’s most important saints. Nobody does fiestas like the Spanish, and no fiesta is quite like Virgen del Carmen. Once you’ve been, you’ll never want to miss it again.